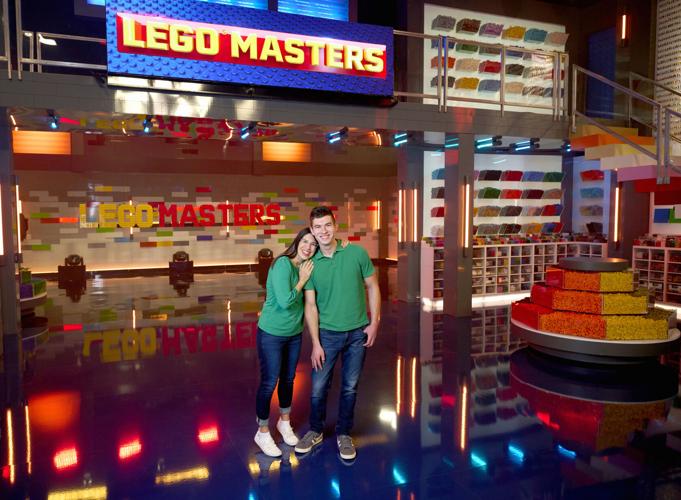 Emily and Liam Mohajeri Norris are the first mother-son team to compete on "Lego Masters." Season 3 premieres Sept. 21 on Fox. 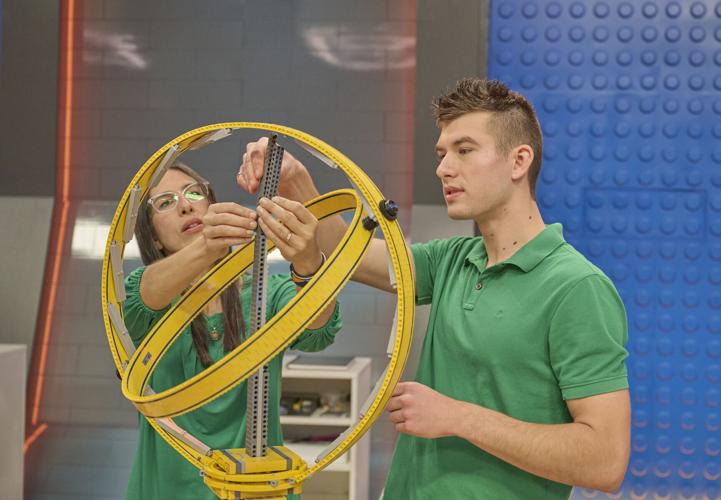 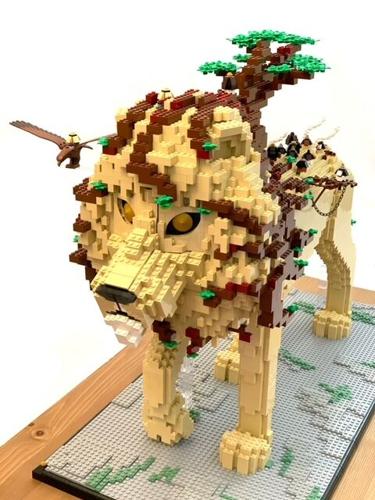 For most, the thought of assembling a Lego set with thousands of pieces is anxiety-inducing. But Liam Mohajeri Norris is not most people.

He welcomes the challenge, describing Lego building as relaxing.

Now, just 13 years after getting his first Lego set at 6 years old, the University of Arizona freshman will display his problem-solving abilities and love of the iconic building bricks as a contestant on Season 3 of the Fox competition series “Lego Masters.”

Liam will make his television debut Wednesday, Sept. 21, along with his mom, Emily. The duo will go head-to-head against 11 two-person teams, taking on ambitious brick-building challenges, a news release from the University of Arizona said.

Liam is unable to share much about his time on the elimination-style competition or how they fared, but a sneak peak of the upcoming season shows he and his mom taking on a “Jurassic World: Dominion” challenge.

Their task: Create an “epic” action scene of dinosaurs exploring our world. The twist: They had to incorporate a special effect — in their case, that was fireballs. Spoiler alert: “Jurassic World” stars Chris Pratt and Blue the velociraptor make a special appearance.

Liam drew inspiration for their creation from his favorite “Jurassic World” dinosaur, mosasaurus. Dubbed “Mosasaurus Mayhem,” the plan for their project was to build a massive mosasaurus chasing a pteranodon.

A promotional photo also shows the duo taking part in a “Ready to Launch” challenge.

Emily and Liam are the first mother-son team to compete on “Lego Masters.” Check your local TV guide for the airing time.

A student in the UA’s School of Theatre, Film and Television, Liam and his family moved to Tucson about a year ago from Virginia.

His love of Lego runs deep, as does the support he receives from his mother, who in middle school coached his FIRST Lego League. That experience bonded the pair, and Liam became involved in the online builder community and even attended conventions.

At 13, he started a Lego design club for kids in his community, and he began participating in Lego Ideas, where people can submit projects that can be made into actual sets if they get enough supporters.

One of Liam’s proposals, a posable figure of Link from the Legend of Zelda video game, is being considered now. If it gets 10,000 supporters in the next two weeks, experts will review it for the possibility of becoming an official Lego set. (Check it out here.)

Emily says her son has long been a phenomenal storyteller, whether it was through Lego bricks, film or in writing.

“Ever since he was a young child, he would just tell himself stories for hours and build worlds with whatever was available to him, whether it was wooden blocks or dirt and stones out in the yard,” she said.

But Liam said “Lego Masters” pushed him out of his comfort zone. The builds had be to large enough to be instantly recognized from across the room.

“Not only are you building under a timer, but you also have to build these really large, beautiful models that will look good on TV,” he said in the UA news release. “That’s very different than what I and most Lego builders usually build.”

There was no shortage of bricks to pull from to bring their ideas to life, Emily said, calling the “Lego Masters” studio in Atlanta a builder’s dream come true.

The space featured giant lights shaped like Lego bricks and a wall display of 4,000 Lego minifigures.

“There’s this amazing brick pit with over 5 million pieces and 3,300 different kinds of bricks,” she said. “It’s amazing to have this gorgeous display of Legos at your fingertips.”

An aspiring screenwriter and director, Liam also took the opportunity to learn from television pros.

“I talked to every producer and director I could,” he said. “I learned a lot about presenting on camera, how to advertise, and how to network and connect. These are important in film and television, but also general life skills.”

Technically, “Lego Masters” isn’t Liam’s first time on camera. For years, he has run a YouTube channel, “Brixter,” where he produces building and tutorial videos for his 2,000-plus subscribers.

Liam's favorite Lego creation is his Lego Spirit Lion, a huge lion with a micro-scale village on its back, overshadowed by a tree growing from its mane. With about 5,000 parts, it is the size of a medium dog. He first exhibited it at Brickfair VA 2019 and won best sculpture.

Tucson was featured in season 28 of Diners, Drive-Ins and Dives. Here's all the food Guy Fieri ate on camera while sampling Tucson favorites. His roster of eateries is diverse, from vegan Mexican restaurant Tumerico to Chef Alisah's authentic and meat-forward Bosnian cuisine.

Tucson will be on 'Top Chef' this Thursday. Here's what it took to bring the show here.

Tucson's foodie culture is about to be on full display for millions of viewers after "Top Chef" secretly rolled into town last winter. Four contestants worked with El Charro Café matriarch Carlotta Flores to create a dish centered on the restaurant’s carne seca.