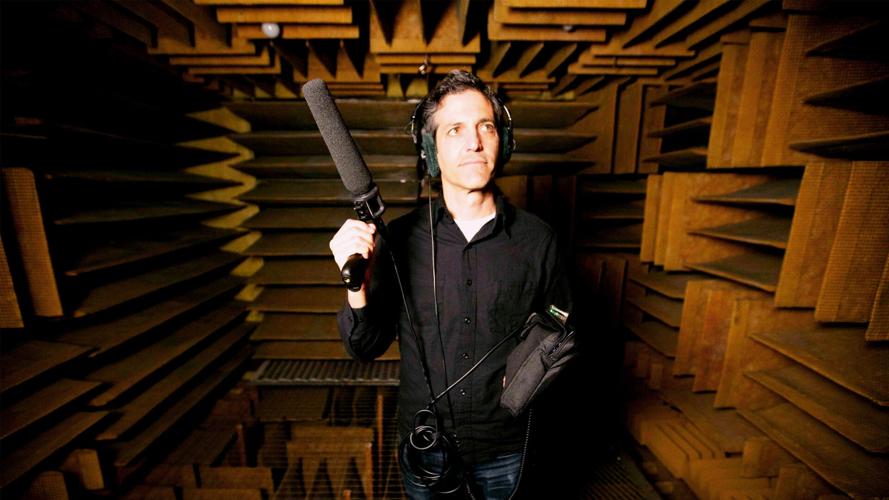 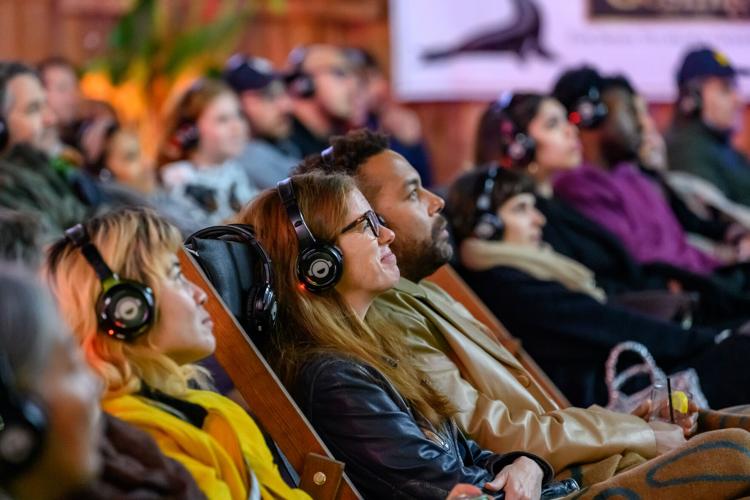 Headphones are part of the audience experience at the documentary “32 Sounds.”

It’s not often you go see a movie and you’re handed a pair of noise-canceling headphones.

But that’s what you will get when you step into the Marroney Theatre on the University of Arizona campus this weekend to see Sam Green‘s critically acclaimed documentary “32 Sounds.” Green narrates the film live while the film’s composer JD Samson and musician Michael O’Neill perform the score, which comes through the headphones for an up close and personal experience.

“The experience is quite beautiful in the fact that you are seeing this incredible film and hearing this narration and all of that changes as soon as you put the headphones on,” said Chad Herzog, executive director of Arizona Arts Live, which is presenting the film in two screenings/performances on Friday, Oct. 21, and Saturday, Oct. 22, at 8 p.m.

“The headphones give you this aural experience in addition to the visual experience that is really different from anything I’ve experienced in the past,” he said.

Arizona Arts Live was among a half-dozen commissioning partners for “32 Sounds,” which Green premiered at Stanford University in February. The film also has been screened at Sundance and SXSW to critical acclaim.

Green, known for his documentaries that feature live narrations, will be on stage talking the audience through the film, which weaves 32 sounds that illustrate the human condition. The film introduces us to a cast of characters including composer and music theorist John Cage, whose famous “4’33” was all about the harmony of complete silence. The performer sits in silence for 4 minutes and 33 seconds, although Green chose to include a performance that took place in the life-bustling Harvard Square, which is anything but silent.

We also meet Nehanda Abiodun, an African-American revolutionary holed up in Cuba who is transported to her past with the Black Liberation Army whenever she hears a 1979 disco song; 82-year-old experimental composer Annea Lockwood, who has spent the past 50 years making field recordings of underwater river sounds; and a Lebanese-born Princeton professor Edgar Choueiri, who specializes in three-dimensional audio recordings and introduced Green to a dummy head microphone that the filmmaker used for a number of spatial sound experiments throughout the film.

We even hear 11-year-old Green heard through reel-to-reel recordings he made of himself.

“The film reveals a series of intimate and powerful portraits of humanity seen through the lens of sound,” Herzog said, describing the film as “part documentary, part performance piece, part communal listening session.”

This is the second time Green will appear with Arizona Arts Live. Last November, the UA arts presenter hosted Green and the Kronos Quartet for Green’s live documentary “A Thousand Thoughts.”