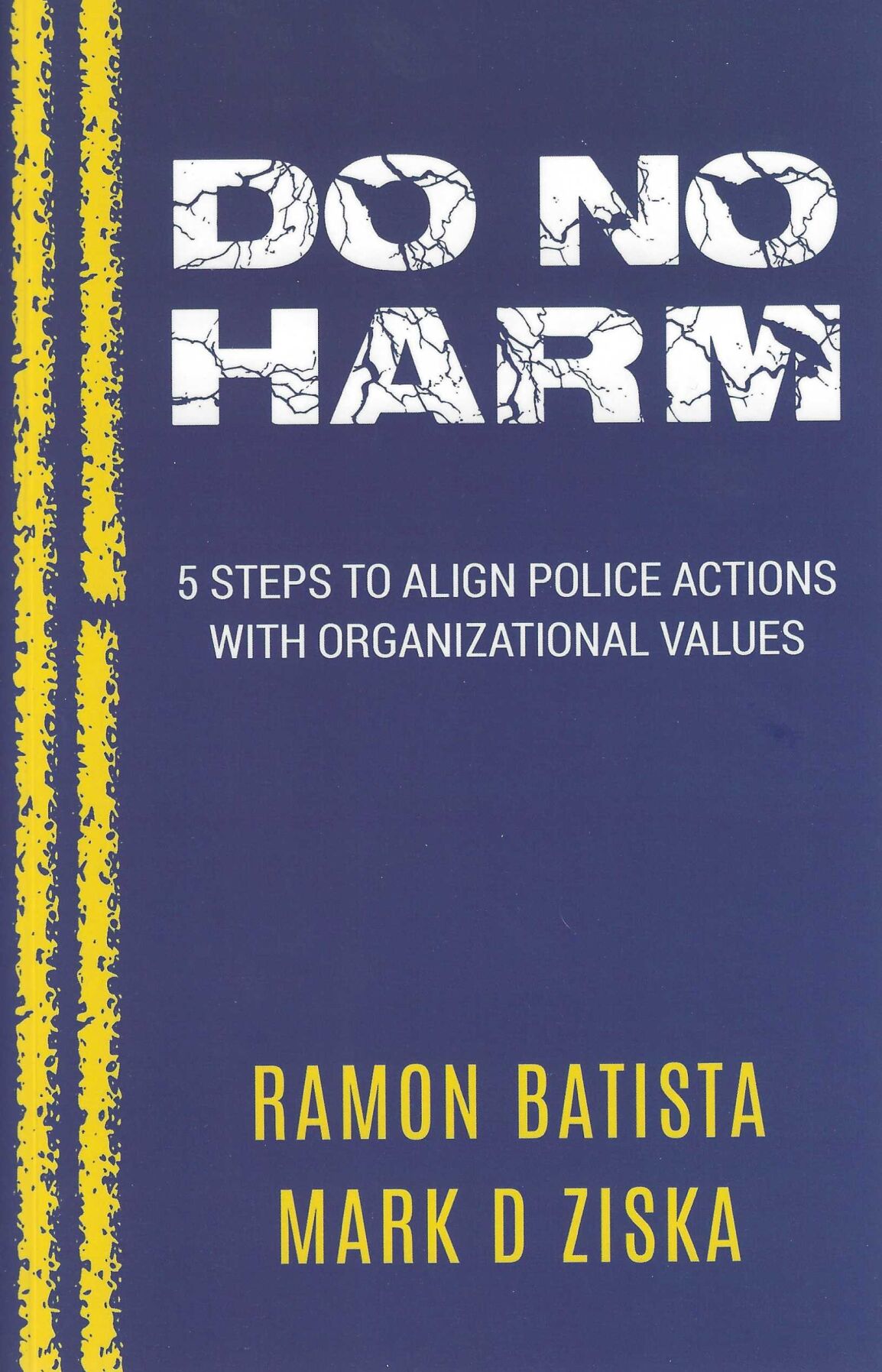 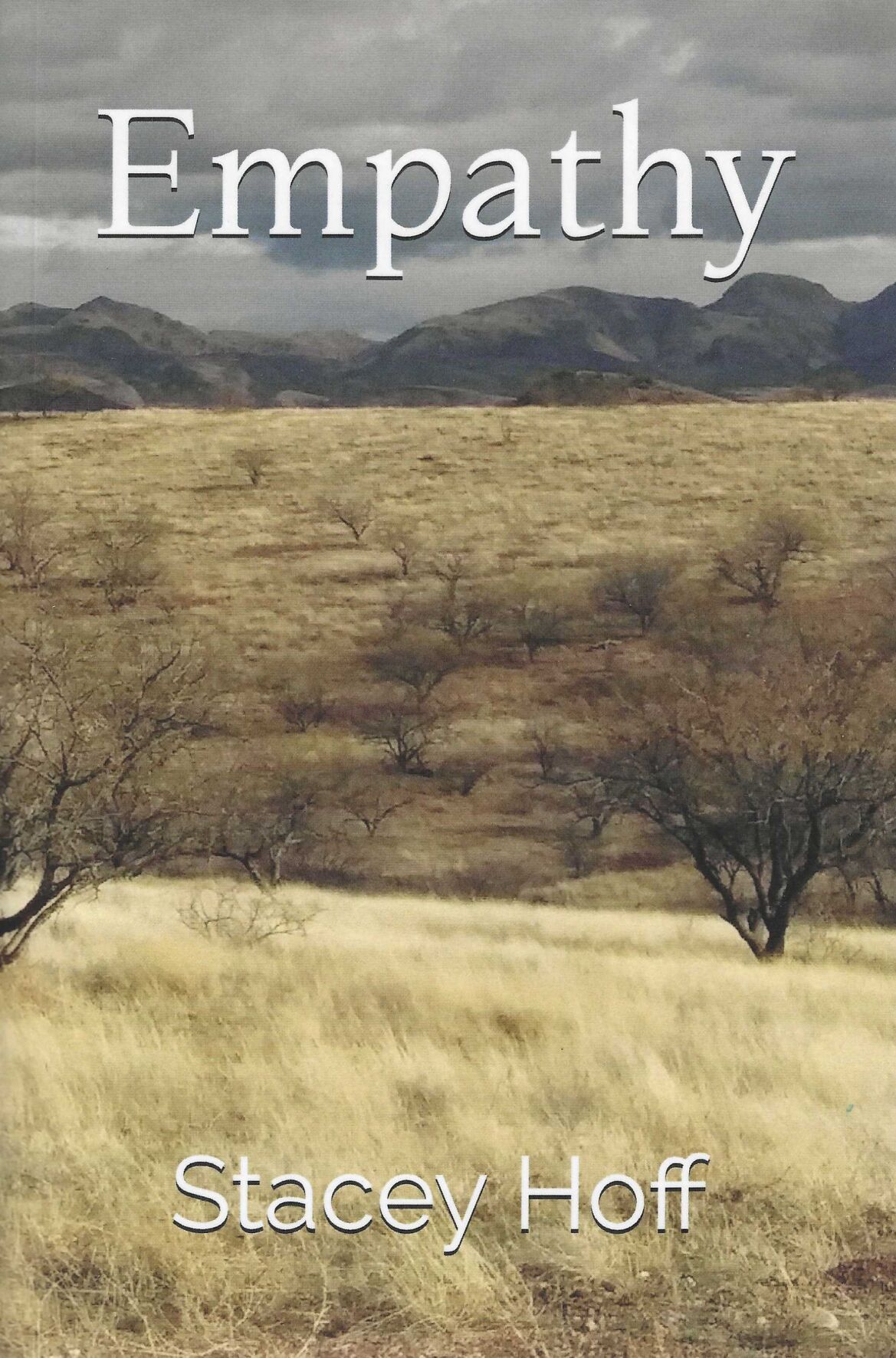 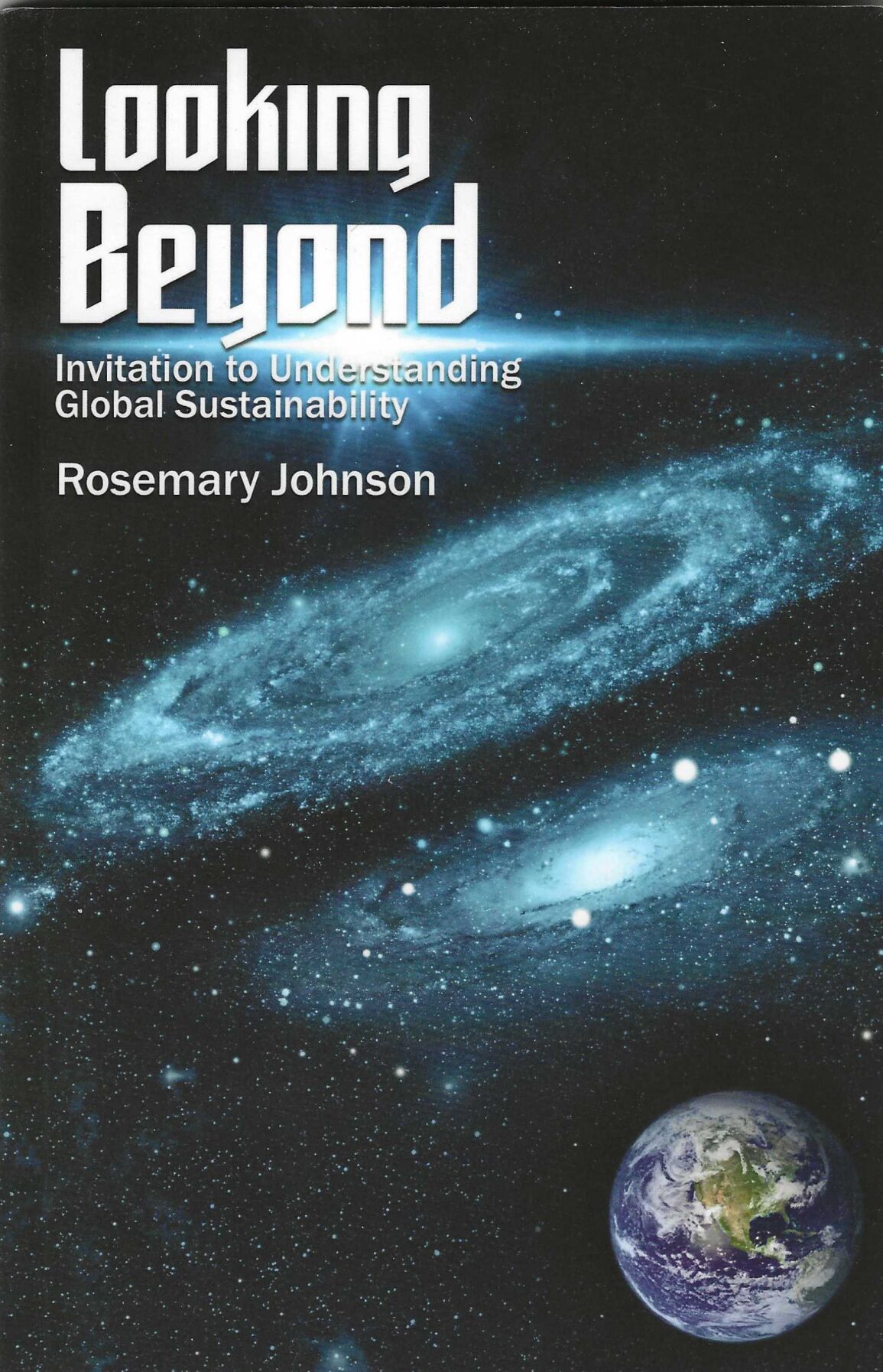 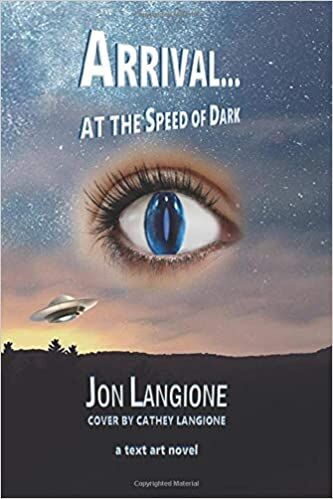 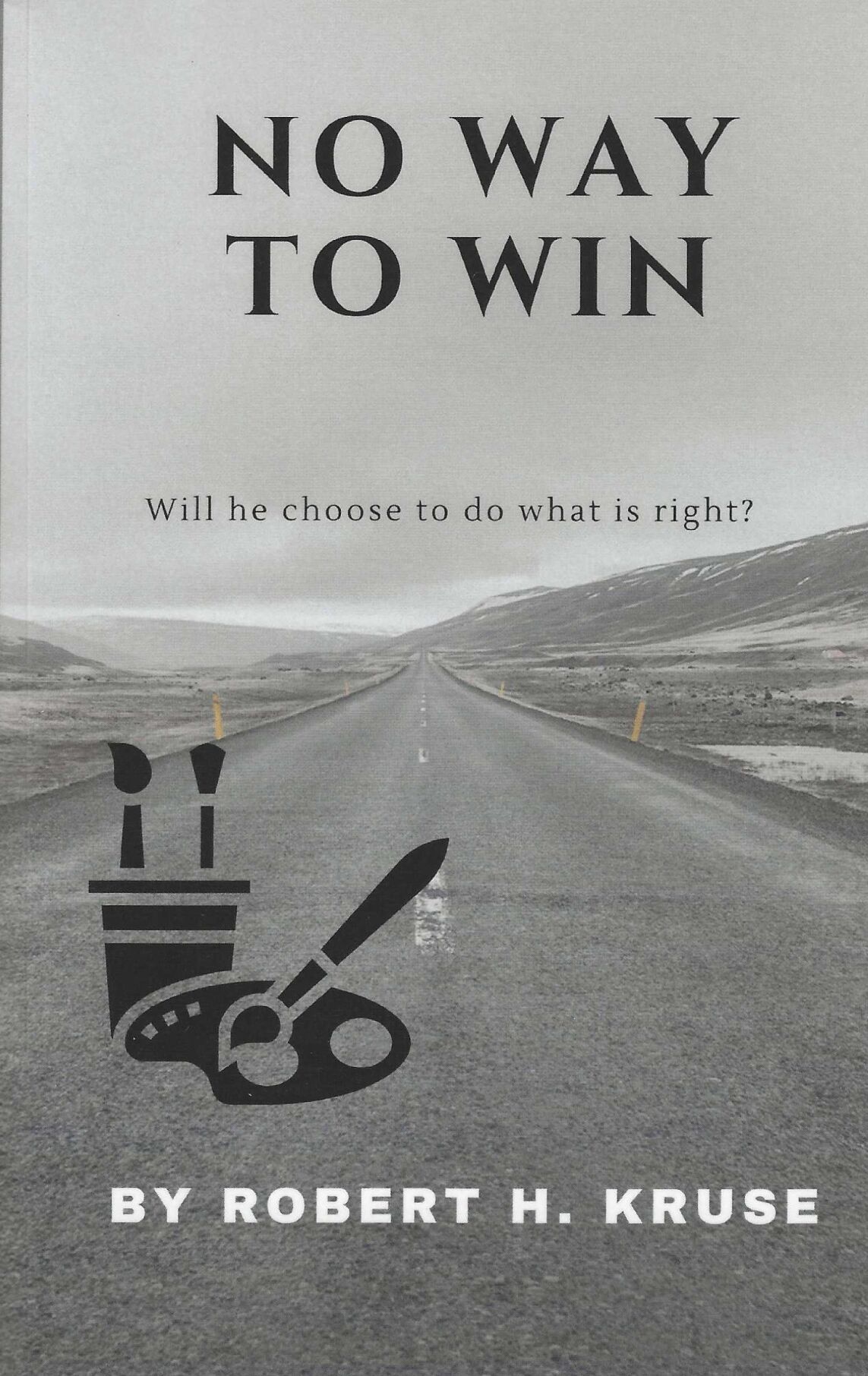 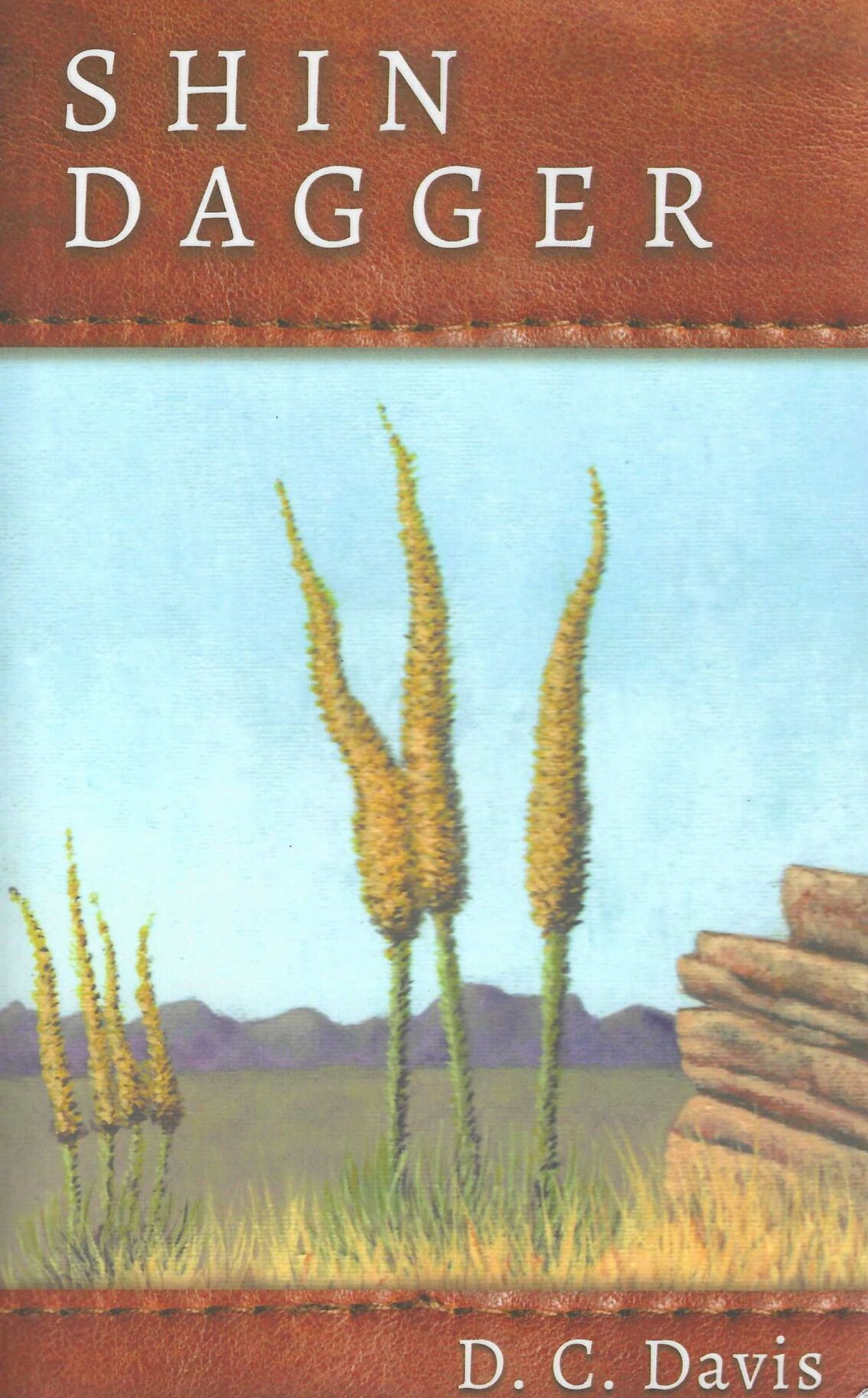 “Do No Harm: 5 Steps to Align Police Actions with Organizational Values”

Nobody really wants to defund the police, observe the authors, but people are justified in expecting that encounters with them will be safe and respectful. “Do no harm,” a term borrowed from medical ethics, speaks directly to the heart of this well-reasoned book on police reform. In it, authors Batista and Ziska address this hot-button societal issue by viewing it through the dual lenses of opportunity and organizational best practices. The result is a step-by-step response offering a commonsense approach to planning for change that calls for addressing the challenge from within the ranks of law enforcement itself, effectively avoiding piecemeal and uninformed legislation likely to do more harm than good.

The authors boast impressive résumés in their respective fields: Ramon Batista, a career law enforcement professional who worked his way up the ranks in Tucson and former police chief of Mesa, is currently a member of the Police Executive Research Forum. Mark Ziska, former senior director of human resources for Raytheon, chairs the Arizona State Personnel Board.

They begin with a brief but eye-opening history of community policing: in colonial times, “night watch” (primarily patrolling for gambling and prostitution) was an unenviable assignment, akin to being punished, and often given to men who were not altogether trustworthy. Two hundred years later, in the Southern states, law enforcement took the form of slave patrols, sowing the seeds for a system that would, over time, become synonymous with segregation and discrimination.

Aware of history’s implications, the authors combine their professional knowledge and experiences to identify the issues facing police departments and the communities they serve, examine how an agency’s values shape its tactics and strategy, and provide planning tools for achieving the ultimate vision of effective policing that engenders trust and “does no harm.” The target audience for this very accessible book is, naturally, law enforcement leadership, but it contains valuable content for anyone involved in government, community organizing, or human resource management of public service personnel.

The definition of empathy is the ability to understand and share the thoughts and feelings of another, as in “I feel your pain.” Author Stacey Hoff explores the ramifications of empathy by taking it to its extreme in this new novel, with a protagonist who literally absorbs the pain of everyone she comes into contact with.

Orphaned at a young age and taken in by Ruth, her grandmother, Avery Daniels exhibited fearful behavior consistent with having lived in an abusive family. But over time, Ruth realized that Avery’s agitated reactions to nearly everyone who approached her actually signaled the child’s visceral response to their aches and pains. To protect her, Ruth minimized Avery’s contact with the outside world by creating a protective bubble of sorts on her isolated Arivaca ranch. Later, as an adult taking tentative steps into the world, Avery discovers that her peculiar ability, which she views as a curse, is considered a gift by people who find relief in her presence. It’s revelatory, but as Avery begins to adjust, she is confronted by ghosts from the past who threaten to destroy her.

The borderlands setting of this novel is not coincidental. Avery’s exaggerated empathy is an interesting foil to the unsympathetic, sometimes inhumane treatment encountered by vulnerable immigrants attempting this dangerous crossing, and it speaks to Avery’s own origin story. Hoff, who lives in Tucson, earned a journalism degree from the University of Arizona, and has worked for both the Arizona Daily Star and the former Tucson Citizen.

Rosemary Johnson wants readers to accept the interdependence of all life on Earth and, because knowledge is power, she urges everyone to read, learn, ask the hard questions and use that knowledge to respond to the environmental crisis facing the planet. The octogenarian author has done just that. With this book she describes the path that led her to become an ardent proponent of global sustainability efforts, and she provides a template for like-minded people, focusing on the influential voices that guided her.

Her journey began decades ago when, in a state of spiritual paralysis, she realized she needed guidance to make changes. Her search for answers brought her to an Earth Literacy course where she was “immersed” in the writings of Thomas Berry (the Christian philosopher famous for promoting care of the Earth) as well as other theologians and scientists who have guided her thinking about personal responsibility and interconnectedness for more than 30 years. This slim volume includes study materials she has found particularly valuable, as well as inspirational readings for reflection. Johnson, a retired registered nurse, lives in Tucson.

— Helene Woodhams “Arrival … At the Speed of Dark”

In this sci-fi “text art” novel, a female alien comes to check out Earth by landing on a Tucson golf course on “a dark and stormy night” (monsoons), befriends a psychiatrist and an astrophysicist, learns English, absorbs the Encyclopedia Brittanica, gets pursued by bumbling cops and UFO chasers, falls in love, gets a job, and cures cancer with red triangles.

And that’s all without a single mark of punctuation save the ellipsis ... (It’s a “… punctuation is overrated production …”)

Tucsonan Jon Langione clearly had fun with his experiment in punctuation-free novelizing.

Problem is, “Arrival …” is also setting-free, description-free, narrator-free, and fairly suspense-free. It does read like a text thread — flat on the page, like texts without emojis:

“…i think i have one for us said nurse henry …

…and an oncologist to go along with us replied nurse henry…

…you did not mention anything about the red triangles did you asked megan….”

The thing is that fictional conventions — a narrator’s voice, a little setting, character development, and — yes(!) — punctuation can lift a tale off the page and give it dimension and energy.

That said, though, you can’t fault a fella for experimenting, and having fun in the process.

— Christine Wald-Hopkins “No Way to Win”

The last thing “Mac” McDonnell expects from his first-ever gallery opening is a miraculous cure, a stampede of TV camerapersons, and a fist in the face from a malevolent TV star. But that’s what he gets. And it sets in motion a chaotic pursuit of an 8-year-old healer by a legion of sick folks, skeptics, Satan-seeing evangelicals, rabid media, and even a shadow U.S. government agency determined to kidnap the child and exploit his healing powers.

McDonnell, who made a killing in tech and has retired to follow his dream of being a painter, would have been more inclined to sit in his studio and muse about his mysterious muse than to insert himself between young Davy Franks and the hordes bearing down on him, but he does intervene and helps the boy. And that makes him the new target of the government plot. Murder attempts ensue, along with real murders, arson, SUV versus bicycle chases, a grisly highway accident, and the inexplicable theft of one of McDonnell’s paintings, which adds a twist to the plot

Although the novel opens with so many characters and competing plot possibilities that it stumbles out of the gate, it eventually gains traction and finishes satisfactorily. What is praiseworthy, however, about “No Way to Win” are its descriptions of the work of the painter — both practically, in the physical processes he follows to paint, and cerebrally and intuitively — in the creative impulse that gives rise to the work of art. Those scenes read as insightful and authentic.

Although Tucsonan D.C. Davis claims these poems are arranged randomly, there’s an organic underlying organization in his collection: You sense the poet at different stages in his life.

Davis, “raised in the Southwest … exploring and hiking the region, when he wasn’t playing music or tuning pianos …” gathered this collection of nearly 150 poems from 40 years of journals and notebooks.

The topics of Davis’ poems are recurring — music, being in the moment, the meaning of life, the natural world, cultural and historical references, the power of sexual attraction, relationships.

Each of the three sections is introduced by an illustration and a short poem. “Two,” for example, has a woodcut of a mandolin with dark desert behind it, and this poem:

“Everyone wrestles with madness

some wrestle to win, and

The section includes entries as divergent as a poem referring to a biblical passage (“I feel like the fig tree that Jesus cursed/ just biding my time to flower/ according to figgy nature…God can be petty and vindictive, foolish and proud,/ just like a human….”) and a poem about President Clinton eating Mexican food in Tucson (“…Big ambition, big appetites./ The only time I chanced to match him/ forkful for forkful and dish for dish/ It was all I could do just to keep up.”)

My favorite poem in the collection, though, is the one that opens the first section, which includes reflections on the poet’s early years. It’s accompanied by the photograph of a vast old tree:

I wasn’t even green—

Helene Woodhams is retired from Pima County Public Library, where she was Literary Arts Librarian and coordinator of Southwest Books of the Year, the library’s annual literature review.

Christine Wald-Hopkins, a former educator and occasional essayist, has long been a book critic for national, regional and local newspapers.

If you are a Southern Arizona Author and would like your book to be considered for this column, send a copy to: Sara Brown, PO Box 26887, Tucson, AZ, 85726-6887. Give the price and contact name. Books must have been published within a year. Authors may submit no more than one book per calendar year.

Chill out with these mysteries set in very cold places.