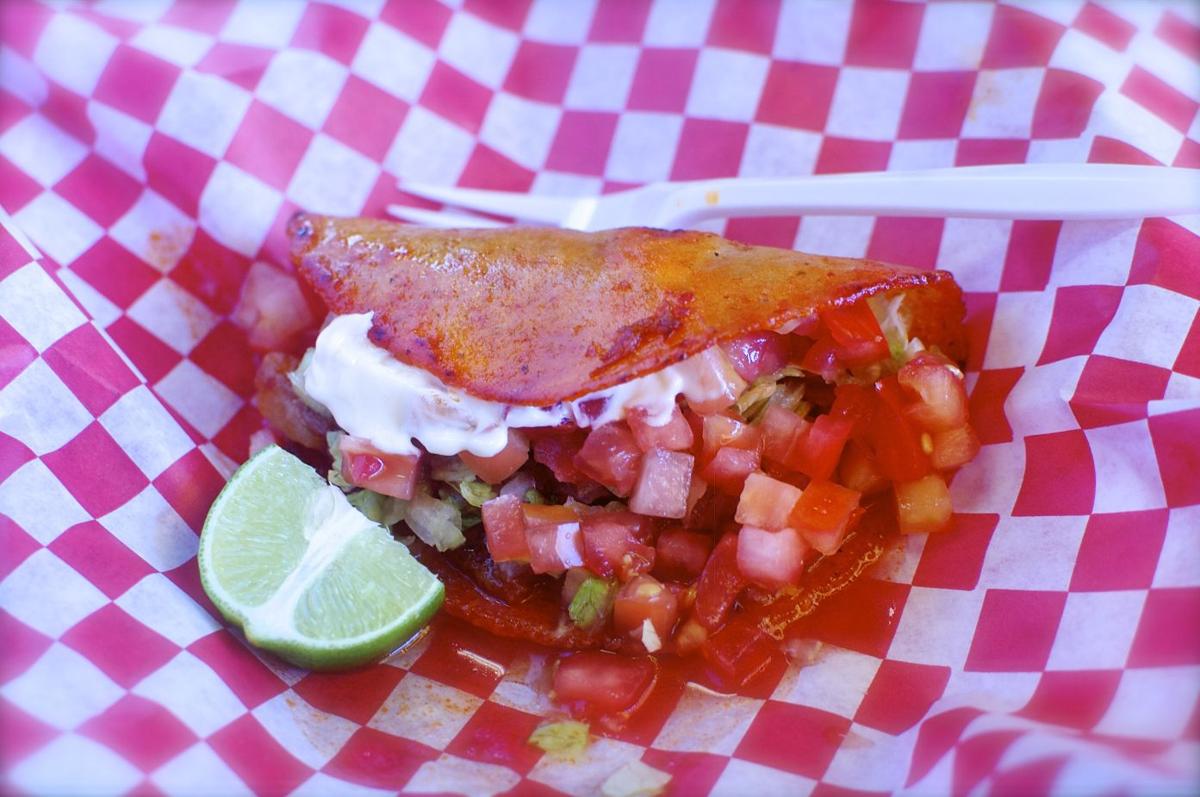 This little guy, $1 on Tuesdays, gets dipped in salsa and then steamed up in a steamer before it reaches the table. 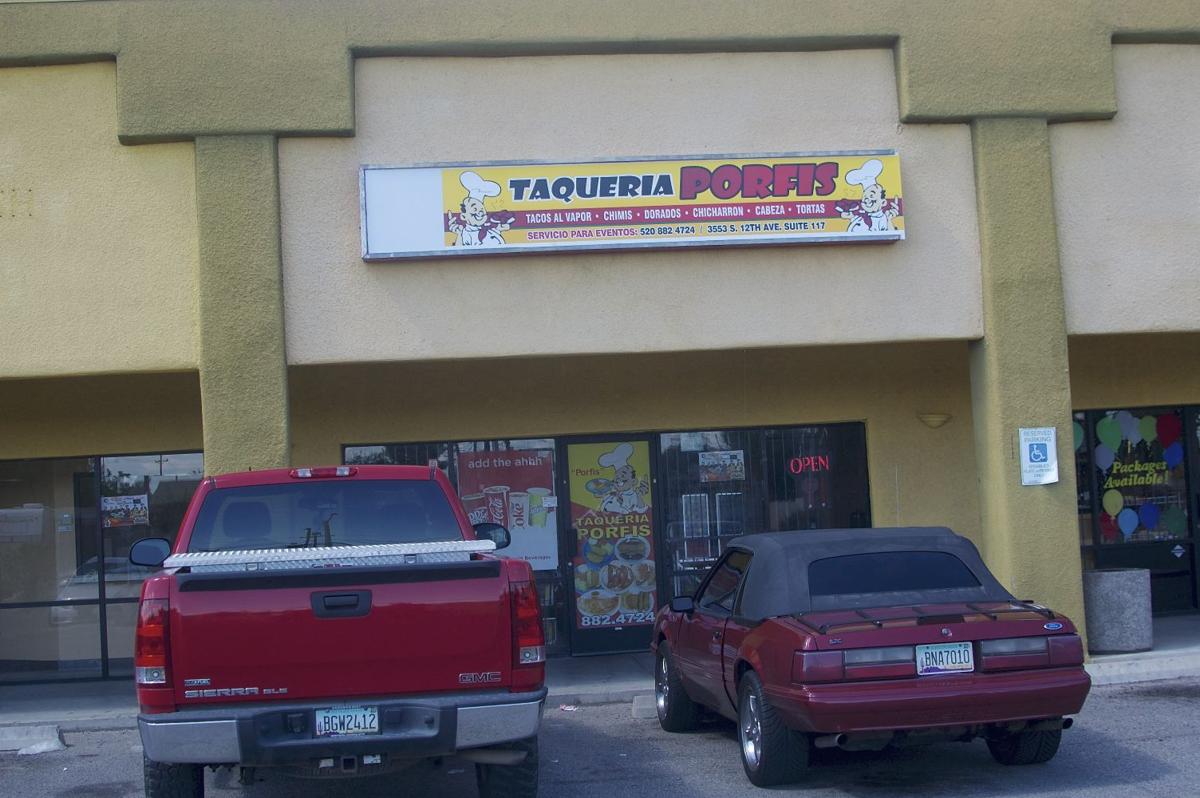 Taqueria Porfis is located on the northeast corner of South 12th Avenue and West Veterans Boulevard. 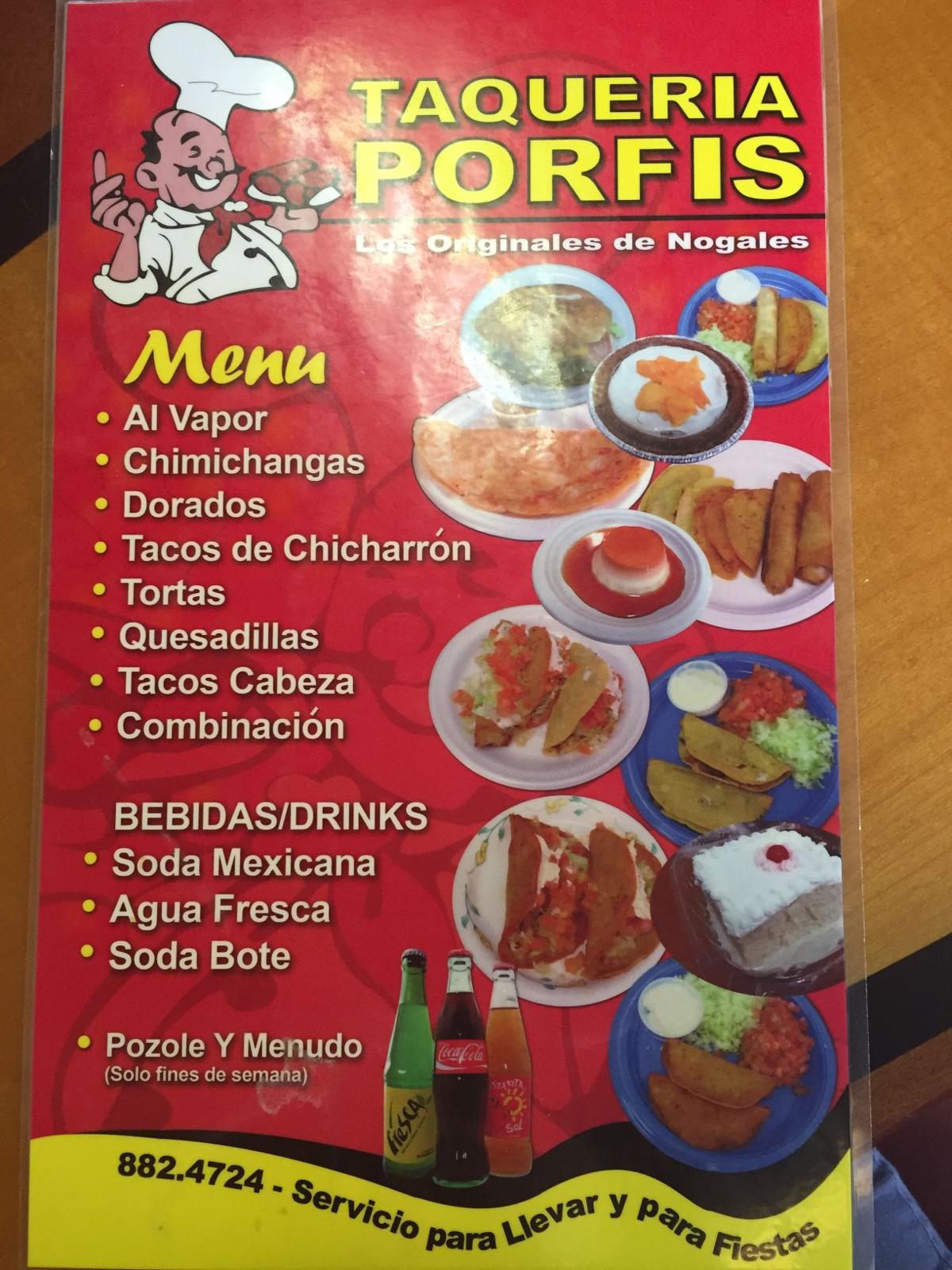 They also serve pozole and menudo on the weekends.

This little guy, $1 on Tuesdays, gets dipped in salsa and then steamed up in a steamer before it reaches the table.

Taqueria Porfis is located on the northeast corner of South 12th Avenue and West Veterans Boulevard.

They also serve pozole and menudo on the weekends.

There are soft tacos, and then there are these tacos: Soaked in shiny red salsa and thrown in a steamer before they come to your table, they're slippery and wild little things. And they are unbelievably delicious.

They're called tacos al vapor, which means steamed in Spanish, and they're kind of a riff on the steamy canasta tacos that street vendors sell from little baskets. You don't see al vapor much around here, unless of course you get over to Taqueria Porfis.

The destination spot started out as a push cart in Nogales, Sonora, and has been in this nondescript strip mall on South 12th Avenue for 15 years. On my recent visit, it was 3 p.m. and 105 degrees outside, and every table was full.

The place sells all manner of tacos, mini chimis and tortas, but the showpiece is the al vapor: Shredded beef and potatoes are wrapped in a corn tortilla that's made special for the steamer, so it comes out hearty and suave with just a touch of firmness. After that, it's stuffed with lettuce, tomato cubes and a brush of bright white creamy mayo.

Three bites. That's all it took and the thing was gone. But wow, what a memory ...

Insider's tip: The tacos are $1 on Tuesdays.

Follow Andi Berlin as she eats her way through Tucson's taco scene.

24 cocktails to try in Tucson

Drink up! You will thank us later ...

An exhaustive guide to the best tacos in Tucson

In honor of National Taco Day, we're bringing back food writer Andi Berlin's journey where she ate 100 tacos across Tucson. Here's what she le…

We combed the neighborhood up and down to find the best tacos. Here they are! Plus, two bonus spots from earlier in the series.

A guide to the trucks and taquerias of Tucson's south side

21 places to stop in Arizona's most exciting Mexican food neighborhood. More at tucson.com/tacos

Take the ultimate taco tour around the Old Pueblo (Tucson) during your visit to the 33rd largest city in the United States.  Plan your stay an…