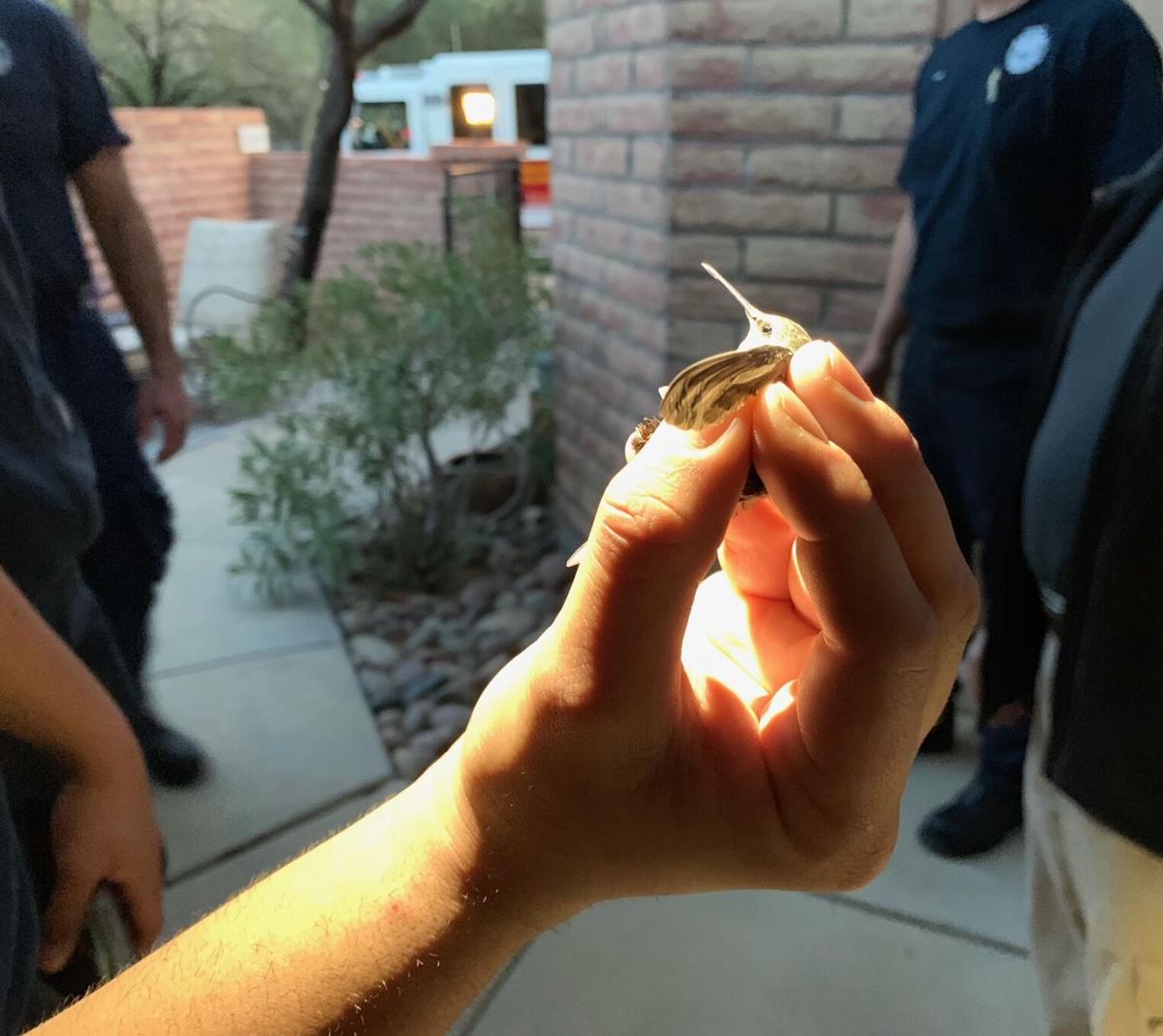 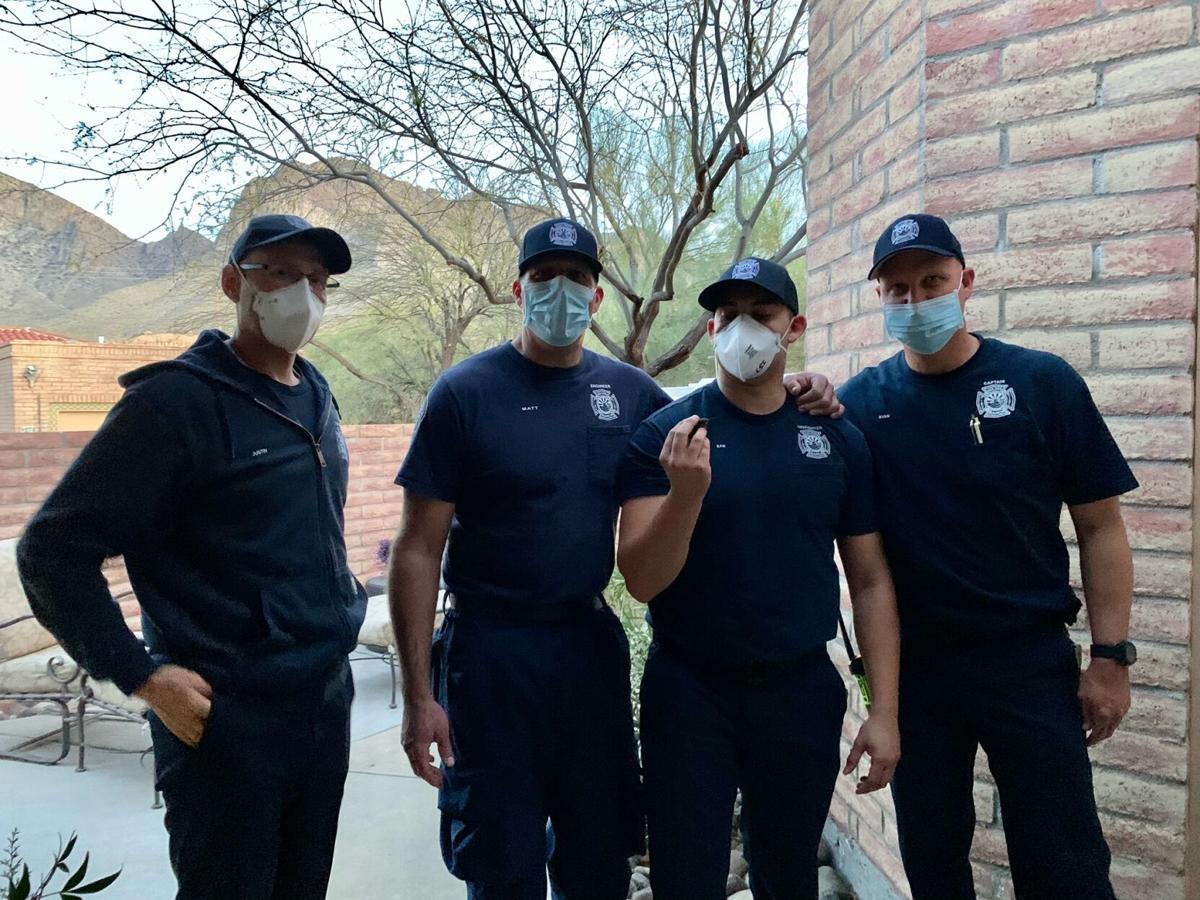 When a hummingbird flew into Gil and Karen Shapiro’s Oro Valley home recently, they weren’t sure what to do next.

But eventually, a group of Golder Ranch firefighters were able to rescue the tiny bird.

It all happened on Jan. 31. The Shapiros left their front door open “a touch too long,” Gil Shapiro says. The hummingbird flew in — straight to the kitchen skylight, where it stayed for about two hours.

“It was too high and too fast for me to trap it,” Gil Shapiro said in an email. “Using a broom on a ladder to get it down would risk injury to both the bird and me.”

The couple decided to call animal control, who suggested they wait until the sun went down — when the hummingbird would no longer be attracted to the skylight.

“They provided further care instructions assuming we would eventually capture it somewhere else in the house,” Gil Shapiro says. “And that was a big assumption considering its speed and agility.”

The Shapiros decided to drive to Golder Ranch Fire Station 377 to see if the firefighters might have a net hooked to a pole that they could borrow.

“To our surprise, the firemen did not hesitate a moment to come over and rescue this little guy,” Gil Shapiro says.

Firefighters had previously visited his home to remove a rattlesnake, but Gil Shapiro says: “We never thought they’d do the same for a hummingbird. These people are truly full service.”

One of the firefighters trapped the bird with his hat and put it in his hand. After making sure the bird was OK, he released it back outside.

“These masked men were then on to their next crisis,” Gil Shapiro says.