At the end of her first day in online school, Sophie texted me from the living room:

How stupid I am

Followed a few seconds later by

Damn, I thought. It had seemed like my younger daughter had nailed quarantine life better than anyone. But as my little family closed in on our third week of forced togetherness, Sophie was falling apart.

At almost 17, you’d think Sophie would have realized, like many of her peers, that the expectations around schooling have relaxed significantly. But she’s not so good at social cues. Sophie has Down syndrome. In a lot of important ways she’s almost an adult — she loves to shop at PINK and has crushes on boys. She’ll be a high school senior next year. Yet in other ways she is still a little girl. She sucks her thumb, drinks from a sippy cup and still wants me to cuddle her to sleep every night.

Sophie doesn’t understand the COVID-19 crisis, and mostly I’m OK with that. My husband, Ray, and I don’t turn on the TV news. If the topic of coronavirus comes up at the dinner table, Sophie changes the subject. She was happy when her sister came home from college, sad that her nanny can’t come over and devastated as events on her social calendar (she’s the busiest person I know) began to fall like dominoes. School has been a massive frustration for both of us.

I wonder what will happen when we start losing people Sophie loves.

There are about 7 million people in the U.S. with some form of intellectual/developmental disability — Down syndrome, cerebral palsy, autism, rare genetic conditions. Like all of us, each person with one of these disabilities has a different capacity to process what’s happening. I don’t know about you, but I struggle all the time these days to make sense of the world. Imagine if no one could explain to you why you suddenly couldn’t see your family — or were stuck with them 24/7. Why you couldn’t go on a trip you’d been planning for or even leave the house.

Like a lot of people with intellectual and developmental disabilities, Sophie craves structure. Until three weeks ago, she’d begged me as I drove her to school before sunrise every morning to recite her schedule for the next several days. Try doing that before two cups of coffee. But I get it. I like to know what’s going to happen, too.

Then, overnight, we were in free fall — a class trip to Chicago, a spring dance recital, swim lessons, play rehearsals, play dates, all canceled. Sophie’s birthday is May 21. As March turned into April and our governor closed school for the rest of the year, I cringed when she brought up the topic of invitation designs. I can’t bring myself to think about summer.

And yet in a lot of ways, Sophie’s adapted to this new lifestyle better than the rest of us in the house.

The first day of quarantine, she made the living-room couch her command center, balancing a hand-me-down MacBook on her lap and FaceTiming with anyone who would take her call. By the end of the first week, she had a Mad Libs session scheduled every morning with a family friend and a nightly Yahtzee game going with her dance teacher.

Pretty much any time she sneezes, clears her throat or even shifts her position on the couch, Sophie bellows across the house, “It’s not coronavirus” — and cracks up laughing.

The joke is wearing thin, but if this is as bad as it gets in my house, we’ll be lucky.

It’s not as easy for the Ramirez family. Stacey Ramirez put her son, Ryan, on the phone last week. Ryan is 25 and has autism and obsessive compulsive disorder — a real case of OCD, Stacey said, not the kind people joke about. They live in the Atlanta area.

“I do hope you’re not affected by the coronavirus,” Ryan said.

Not good, Ryan said. “Mom and I are planning a trip together this year and we have to go the airport to go on this trip. This trip is on hold and it’s causing quite a bit of stress in our lives.”

Where are you going? I asked.

Stacey explained that Ryan is visiting the states in alphabetical order, and they had planned for a long time to visit Idaho in May. “Very methodical, this guy.”

Ryan is a savant with calendars. He knows every leap year since the first one in 1752. He is also an animal lover and volunteers at an animal shelter on Mondays and Wednesdays. He hasn’t been able to do that, either, since COVID-19 put life on hold.

Stacey reminded him — again — that the trip might not happen.

“It’s not taken hold, which is scary,” she said, after Ryan left the room. He can’t handle not being able to follow his daily schedule. He doesn’t understand her warnings about social distancing and safety.

Rob Seaver can relate. His daughter Raegan, 19, lives in a group home in Glendale, the Phoenix suburb. She has autism. Rob has struggled to explain to Raegan why good hygiene is especially important now. Raegan was supposed to graduate from high school in May; she loves school and is bored at the group home.

Raegan loves to go out to eat. That’s not possible.

In an attempt to explain what’s going on, Rob created what he calls a “social story” for Raegan, a simple description of COVID-19 and what it means. 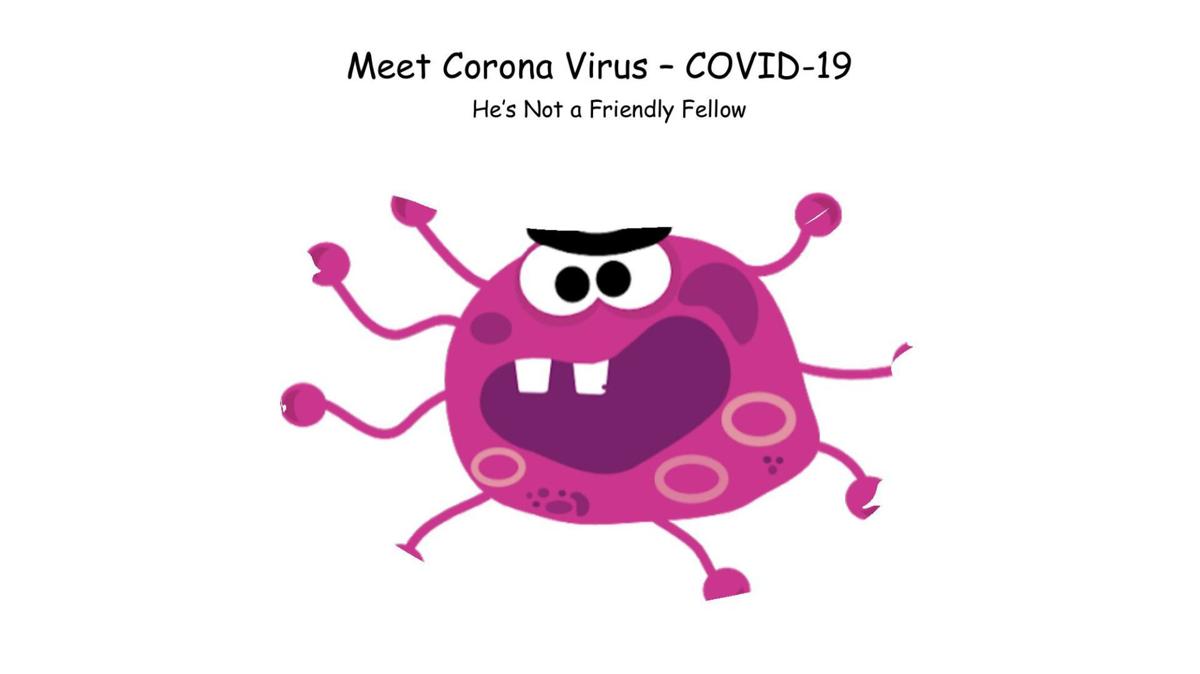 “She needs to understand at a level that nobody’s able to communicate,” he said.

For some people with intellectual disabilities, COVID-19 has meant a complete disruption in their living situation. Angela Lindig brought her daughter, Amber, 24, to her house in Boise, Idaho. It was a tough decision, because it took the Lindig family years to find the right setting for Amber, who has a rare neurodevelopmental disability. Amber functions at the level of a toddler — but with 24 years’ experience in the world, her mother said. She loves to go on picnics and out to eat, but doesn’t understand why she suddenly can’t anymore.

“She knows far more than a toddler knows and she can do and express many more things than a toddler can, but that’s where her functional level fits. ... Even if Amber can’t do something, she can understand the concept of doing it.”

She does not understand either the concept or the reality of COVID-19. Amber usually lives in a house with another young woman who is significantly disabled; between the two of them they have six to eight staff people who rotate shifts so they each have 24-hour care.

“That’s a lot of people in close contact when you’re trying to isolate, when you’re trying to shelter in place,” Angela said. When two of the staff members fell ill recently, the Lindigs moved Amber home. (One recently tested negative for COVID-19; the other was waiting for test results when we spoke.)

“Amber is currently downstairs at this very moment crying,” Angela said. “She’s just not herself. It’s heart-wrenching. Amber’s typically just a very happy, easygoing person, and this is not making any sense and nothing is making her happy. ... I’ve tried explaining it, but this is just too abstract.”

Amber has a schedule that rivals Sophie’s: She skis, goes on picnics, out to dinner and the movies, to museums, swimming and music class. At her house she helps with laundry and other chores. She loves her routine.

“Her independent living means being in the community, having activities, connecting with other people, and that’s not happening. A great deal of her independence is lost as it just turns into day care, essentially, for the time being.”

Angela’s got the question that’s on everyone’s mind.

“How long does this go on?” she asked.

As Angela Lindig and I wrapped up our interview, Sophie wandered into the kitchen, where I try to work, with a different question — one I have been anticipating, and dreading.

“Is Camp PALS going to happen?” she asked.

PALS is a summer camp for people with Down syndrome, with programs held all over the country. In January, we registered Sophie for a camp in Chicago in late June.

We hadn’t talked about summer yet.

She paused and looked at me.

“We can always stay home and cuddle,” Sophie said, wrapping her arms around my neck. “Want to come in the living room right now and cuddle?”

This article was produced in partnership with the ProPublica Local Reporting Network, of which the Arizona Daily Star is a member. ProPublica is a nonprofit newsroom.

Tracing COVID-19 patients' contacts difficult when outbreak is so widespread

Bars, restaurants and nursing homes have closed or are practicing social distancing in Arizona. But group homes have received little guidance, putting people with intellectual disabilities at risk.