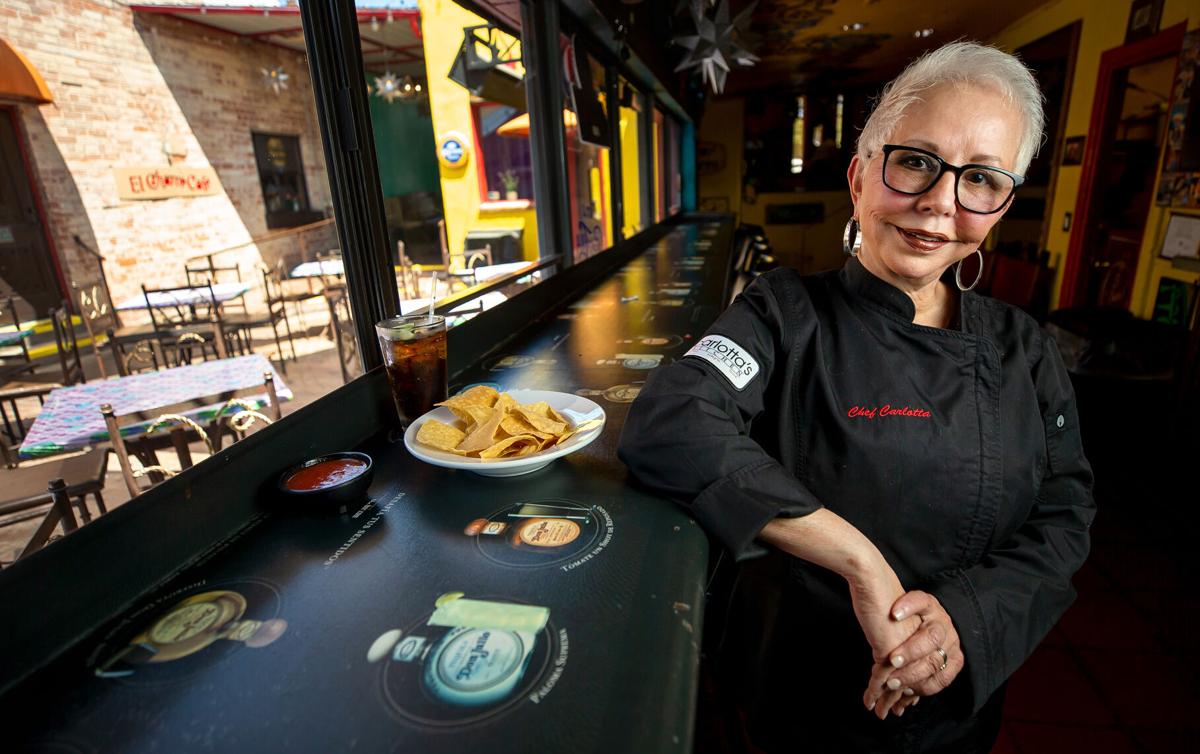 Carlotta Flores, owner of El Charro Café downtown, was named to the Forbes Visionary List of 50 women over 50. 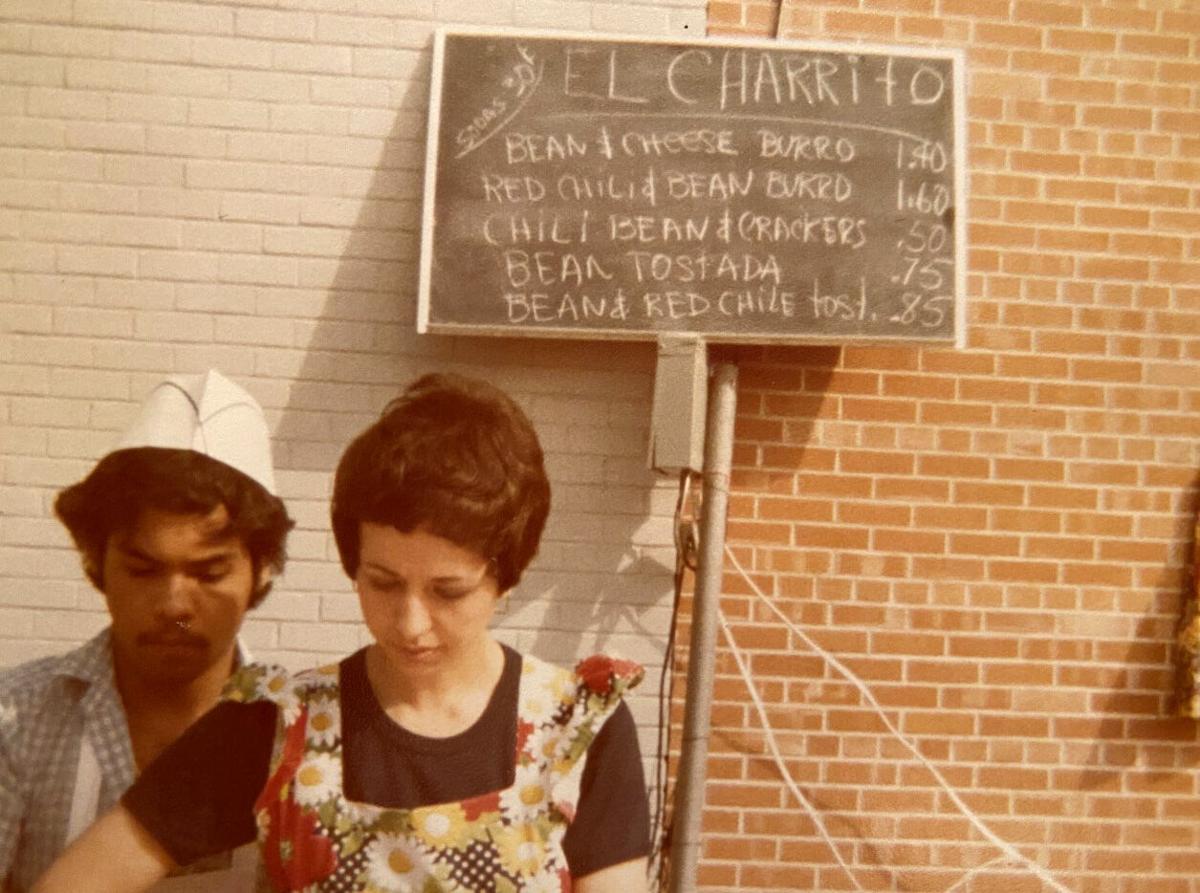 Carlotta Flores doing a pop up “El Charrito” in the back alley of former Jacome’s Department Store. They had a weekly Mercado in the alley that was a pathway to things like today’s food truck rallies and pop up shops. 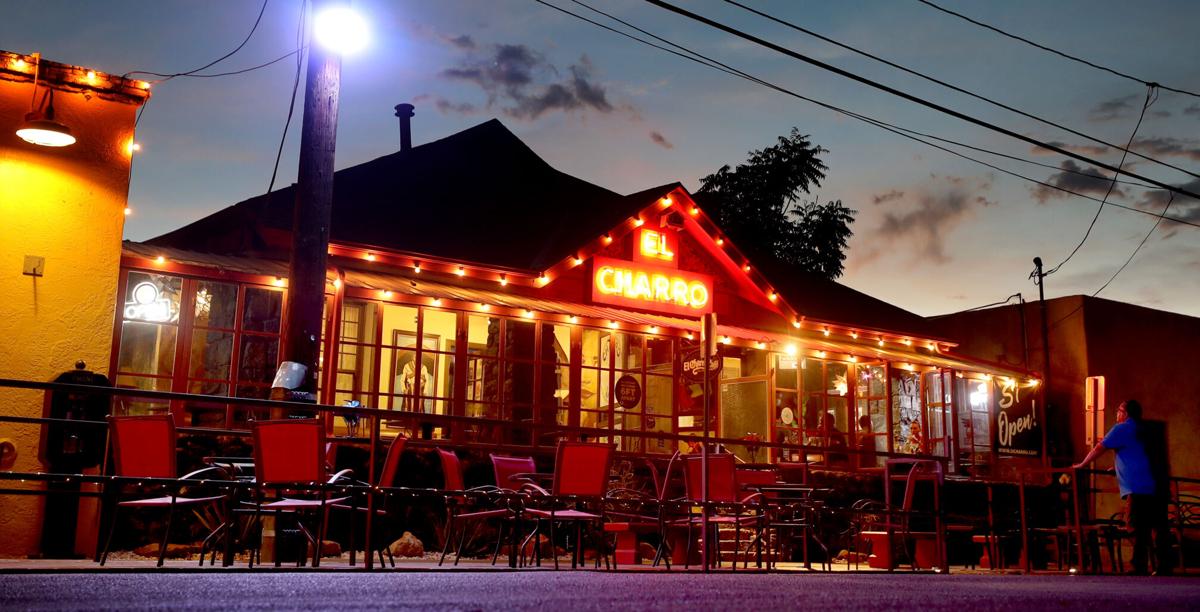 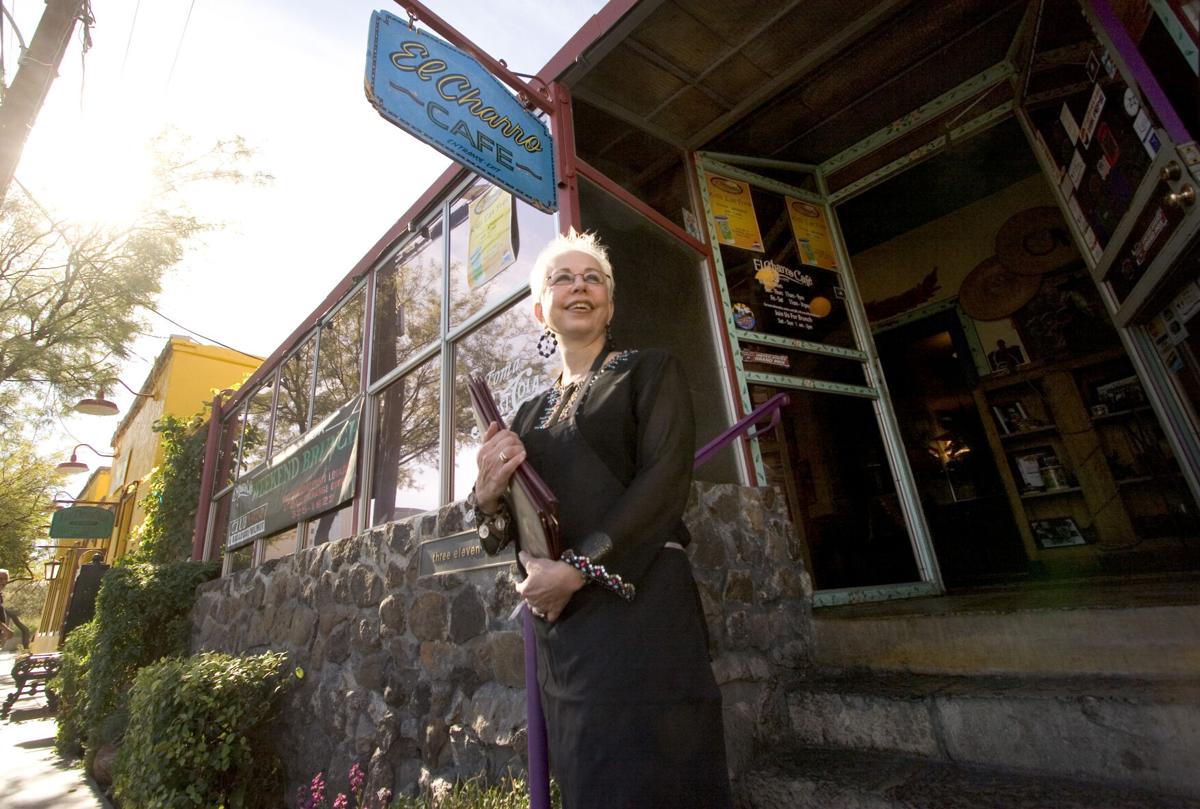 Carlotta Flores took over El Charro in 1972 from her aunt Monica Flinn, El Charro’s founder. Flinn had run the restaurant since opening it in 1922 and at age 90 was looking for her successor.

Tucson restaurateur Carlotta Flores was in the middle of a dental exam earlier this month when she got the news.

Forbes magazine had named her one of its “50 Over 50” women in business who aren’t letting age slow them down.

“So very humbling,” Flores, who heads her family’s Si Charro restaurant group that includes the flagship El Charro Café, said of making Forbes “Vision” list of women making a difference in society and culture through health care, the arts and other areas.

It is one of four “50 Over 50” lists compiled by the business magazine from more than 10,000 nominations it received early this year.

“I represent a lot of women that …maybe they’re not Kamala Harris, but maybe, in their own life, they are,” Flores said.

Forbes teamed up with MSNBC “Morning Joe” cohost Mika Brzezinski’s “Know Your Value” movement last December to launch the magazine’s “50 Over 50” project highlighting women over 50 who have achieved significant success later in life and are continuing to make an impact.

Initially, the magazine was going to create a single list, but after the overwhelming response, it expanded the project to highlight more women.

Flores appears to be the only restaurateur so far to be included after being nominated by her longtime friend Gloria Alvillar and longtime admirer Rosalie Crowe. The pair also tapped Tucson publicist Norma Gentry, who works with Si Charro, to help compile information for the nomination.

Nominating Flores was Crowe’s idea and it came two days before the March 1 deadline. Crowe said she had been watching Brzezinski on “Morning Joe” when the host announced the fast-approaching deadline.

“I was thinking we ought to get someone from out here, not just your standard CEOs. And I thought of Carlotta right away,” said Crowe, a retired journalist who knows Flores through their volunteer work with the University of Arizona Chicano/Hispanic Student Affairs & Resource Center.

The trio scrambled to put together a convincing argument that Flores deserved to be recognized. Alvillar sent the nomination with just hours to spare.

As soon as she hit send on her computer, she realized she had left off information about the number of employees — 400 now, 500 pre-pandemic — that Flores has and the number of restaurants, which also includes licensing agreements for their brands at several airports and MGM Grand Hotel and Casino in Las Vegas.

Alvillar, who worked for 30 years at the University of Arizona including leadership roles in facilities management and University Libraries, called Forbes editor Maggie McGrath to see if she could amend the nomination.

While she had the New York editor on the phone, Alvillar gushed about Flores and Tucson and invited McGrath to visit.

“I told her we are the UNESCO City of Gastronomy. We will take you around. You will not only eat at El Charro, we will take you to all of the restaurants. You’re just going to have a ball here,” Alvillar recalled of the conversation. “I said, ‘You’ve got to meet (Flores). You give us so few words to tell you about the magic of this woman and this city.’ I wanted her to know that this is just an amazing, amazing person.”

Flores said the nomination took her by surprise, even though she had spoken with McGrath two days before the list was announced on Aug. 12.

McGrath told Flores she was a finalist and interviewed her. Flores chalked up the experience initially as just one more “best-of” list that will probably come with an ask for some nominal fee as so many national listings do.

But when the news of the lists hit social media, Flores said she realized it was legit.

“I can’t grasp it totally yet,” she added.

Flores and the other nominees share one thing in common: “A pay-it-forward mindset” and resolve to work “to solve some of society’s biggest issues, including health care access for all, food security, rights for the differently-abled and much more,” McGrath said in a written statement.

Flores has been paying it forward since she took over El Charro in 1972 from her aunt Monica Flin, El Charro’s founder. Flin had run the restaurant since opening it in 1922 and at age 90 was looking for her successor.

Flores and her husband, Ray Sr., came home from California with their two young children — their daughter was born a year or so later in Tucson — to take over the restaurant.

Even in the early days, Flores’s son Ray said his mother was involved in the community, serving on boards and volunteering her time and the restaurant’s food to charitable events.

“My mom would always tell me … sometimes you have to give more than you get if you want to get somewhere,” said Ray Flores, who helps run the family business. “My mom volunteered constantly, she was on boards constantly. She just got engaged. She was always involved.”

“Looking at her story and history of building something, of course you look up to her,” said Maria Mazon, chef-owner of Boca Tacos y Tequila who has been leaving her own mark on Tucson’s culinary landscape in recent years. “Oh shoot, she did it! And now that the times are hard, she keeps opening and reinventing what she built. It’s what she built that got her where she’s at.”

“She deserves it,” Mazon added. “When you are building something, you don’t think about in the future. … Imagine what she just dreamed up and look what she has now.”

Bella's Gelato started as a local food truck but now has a stand-alone shop at 2648 E. Speedway Blvd.

The menu of a dozen gelato and sorbet flavors, plus smoothies, coffee and floats, should cool down anyone in search of a summer treat.

Noodleholics' first shop opened on Grant Road back in 2018 and has since opened an Oro Valley location at 7850 N. Oracle Rd.

The new Oro Valley spot has a larger kitchen and a patio dining area for noodle-lovers in the area who might not want to make the trek down to midtown.

After its original location closed in 2011, Maria Bonita Mexican Kitchen has returned to Tucson, this time at 2708 E. Fort Lowell Road.

The Gallery of Food Bodega, at 2522 E. Fort Lowell Road, had its grand opening this June, despite technically first opening back in October 2020.

This store, run by Kristine Jensen of the Gallery of Food catering company, sells locally-sourced products and offers grab-and-go meals, all of which can also be bought online.

You may be familiar with Reilly Craft Pizza and Drink's popular downtown location at 101 E. Pennington Street, but now you have the chance to grab a pie and a cocktail up north.

This popular downtown Tucson pizzeria is opening a 2nd location

The Franco family, who opened their flagship bakery in the '80s, is putting this new location in Barrio Hollywood where their Tucson roots began.

This new pizzeria "born in Tucson, inspired by Detroit" at 4603 E. Speedway Blvd. comes from the minds of William and Travis Miller, the brothers behind Tucson's Serial Grillers.

The duo opened the doors of Transplant Pizza this summer right next to Craft, A Modern Drinkery, a taproom which they also run.

Salad and Go has over 30 locations in Arizona and now Tucson's first is open at 5501 E. Speedway Blvd.

Although the name says "salad," you can also grab breakfast burritos and seasonal soup there. Another Tucson location is planned to open later this year at Tucson Marketplace.

This luchador-themed spot at 919 N. Stone Ave. had its grand opening at the end of August, which featured a car show and live wrestling.

Buena Vida's menu offers a variety of tortas, loaded "Lucha Fries," Sonoran dogs, and salads with a Mexican cuisine-inspired twist. They have indoor and patio seating and offer carry out as well.

The popular Oro Valley gastropub, Noble Hops, opened up a new location this summer at the DoubleTree by Hilton at Reid Park, 445 S. Alvernon Way.