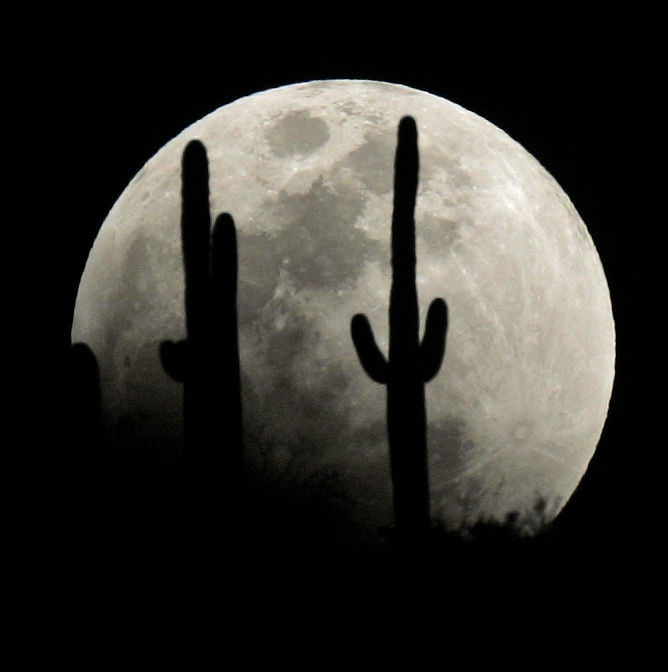 The moon fell into Earth’s shadow on Feb. 28, 2008, above. Another lunar eclipse took place Wednesday. 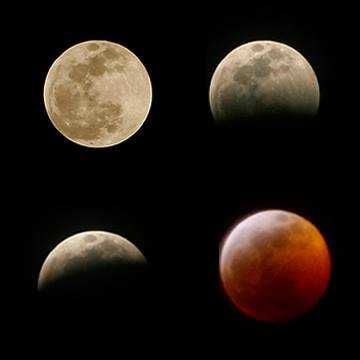 July is Moon Month in Tucson.

July is Moon Month in Tucson.

At least, according to a proclamation by Mayor Jonathan Rothschild it is.

This year, July 20 will mark the 50 anniversary of the Apollo 11 moon landing — you know, "One giant leap for mankind" — and the University of Arizona is celebrating.

The UA has a long history of lunar and planetary research. In 1960, Gerard P. Kuiper founded the Lunar and Planetary Laboratory at the university. As the Space Race took off, the UA lab's research provided support, according to the Lunar and Planetary Laboratory's website. In the years to come, the lab would launch the Phoenix Mars Mission in 2007 to study the climate and history of water on Mars and OSIRIS-REx in 2011 to travel to the asteroid Bennu.

Moon Month recognizes the research of the Lunar and Planetary Laboratory that directly contributed to the Apollo missions, the UA alumni who founded Tucson's Planetary Science Institute and developed the leading hypothesis on the origin of the moon, the Apollo astronauts with Tucson connections, the Apollo 11 navigational technology designed by Raytheon and all the Tucsonans who have contributed to space exploration. See the full proclamation here.

(If you want to read more about how the UA participated in early efforts to reach the moon, check out "Under Desert Skies: How Tucson Mapped the Way to the Moon and the Planets" by Melissa L. Sevigny, a #ThisIsTucson Summer Reading Challenge for Grown-Ups pick).

To celebrate, the university has organized a constellation of festivities.

• "CAPCOM GO! The Apollo Story" is a fulldome planetarium show at Flandrau Science Center and Planetarium, 1601 E. University Blvd., about the Apollo missions. It includes a live presentation about the UA's role in the Space Race. Admission costs $16 for adults and $12 for kids 4-17. See showtimes here.

Side note: July 13-20 is Moon Landing Week at Flandrau, and admission is $5 and shows are $5. Moon Landing Week includes showings of "CAPCOM GO! The Apollo Story" and the documentary "Desert Moon," so you can get in for less than usual.

• Hello Moon Night begins Moon Landing Week at Flandrau. Although the 6:30 p.m. talk is sold out, there will be telescopes on the UA Mall around 7:30 p.m. for free viewings.

• The Starrytime Music Hour at Bookmans East, 6230 E. Speedway, includes crafts, songs and a story time about the moon. The free story time is from 10-11 a.m. Go here for more info.

• Later in the day, Sky Bar, 536 N. Fourth Ave., will host a star party that includes a showing of "Apollo 11," a talk by speaker Bill Hartmann (one of the planetary scientists behind that moon origin hypothesis) and screenings of the actual launch and landing accompanied by live music. There will also be a space art show and telescopes on the patio. Festivities for the free event start at 6 p.m.

• The Lunar and Planetary Laboratory, 1629 E. University Blvd., will showcase its lunar research with presentations exhibits and book sales from 10 a.m. to 4 p.m. in the lab (next door to Flandrau) as part of Summer Science Saturdays. Speakers include Hartmann; Bob Strom, a UA professor emeritus who participated in multiple NASA missions including Apollo 8, 10 and 11 as part of the Lunar Operations Working Group; and Jeff Andrews-Hanna, a Lunar and Planetary Laboratory professor. That event is free. Go here for more information.

• Next door, families can participate in special moon-related activities at Flandrau from 1-4 p.m. Admission is $5 and $5 for shows.

• A moon exhibit will also open across the Mall in Special Collections at the UA Library, 1510 E. University Blvd. From 10 a.m. to 4 p.m., learn about the moon from cultural or scientific perspectives or see it for yourself in a virtual reality experience.

• The Loft Cinema, 3233 E. Speedway, will show the documentary "For All Mankind" at 2 p.m. and have a presentation by Lunar and Planetary Laboratory professor Bill Boynton. Admission costs $7.25 for adults and $6.75 for kids 12 and younger. Go here for more info or to get tickets.

• The Arizona-Sonora Desert Museum, 2021 N. Kinney Road, is hosting Amanda Stadermann, a lunar and planetary geologist, at 8 p.m. as part of the museums' Cool Summer Nights. Museum admission applies: $16.95 for residents of Arizona or Sonora and $8.95 for kids 3-12. Go here for more information.

• If you're feeling super into this whole space thing, head up to Phoenix for the evening's Diamondbacks baseball game. The UA has collaborated with Raytheon, Arizona State University, Northern Arizona University and Embry-Riddle Aeronautical University to put together space-related activities for the whole family. The Diamondbacks are playing the Milwaukee Brewers at 5:10 p.m. It also happens to be Kids Free weekend, so you can get two free kids' tickets with the purchase of one adult ticket. Go here for ticket prices and more information.

• The UA College of Science is showing "First Man," a movie about Neil Armstrong at 3 p.m. at Gallagher Theater, 1303 E. University Blvd. The free event is intended for UA alumni, friends and family. Get tickets here.

• Explore the Pima Air and Space Museum, 6000 E. Valencia Road, at night as part of the museum's Night Wings program, starting at 5 p.m. Admission is $10; kids 12 and under are free. Go here for more information.

6 places to go stargazing near Tucson

Unstoppable women: These 3 astronomy lovers will inspire you to reach for the stars

The UA campus is empty. Here are 3 ways to explore it this summer

If it's been a while since you explored the University of Arizona campus, now's the time.