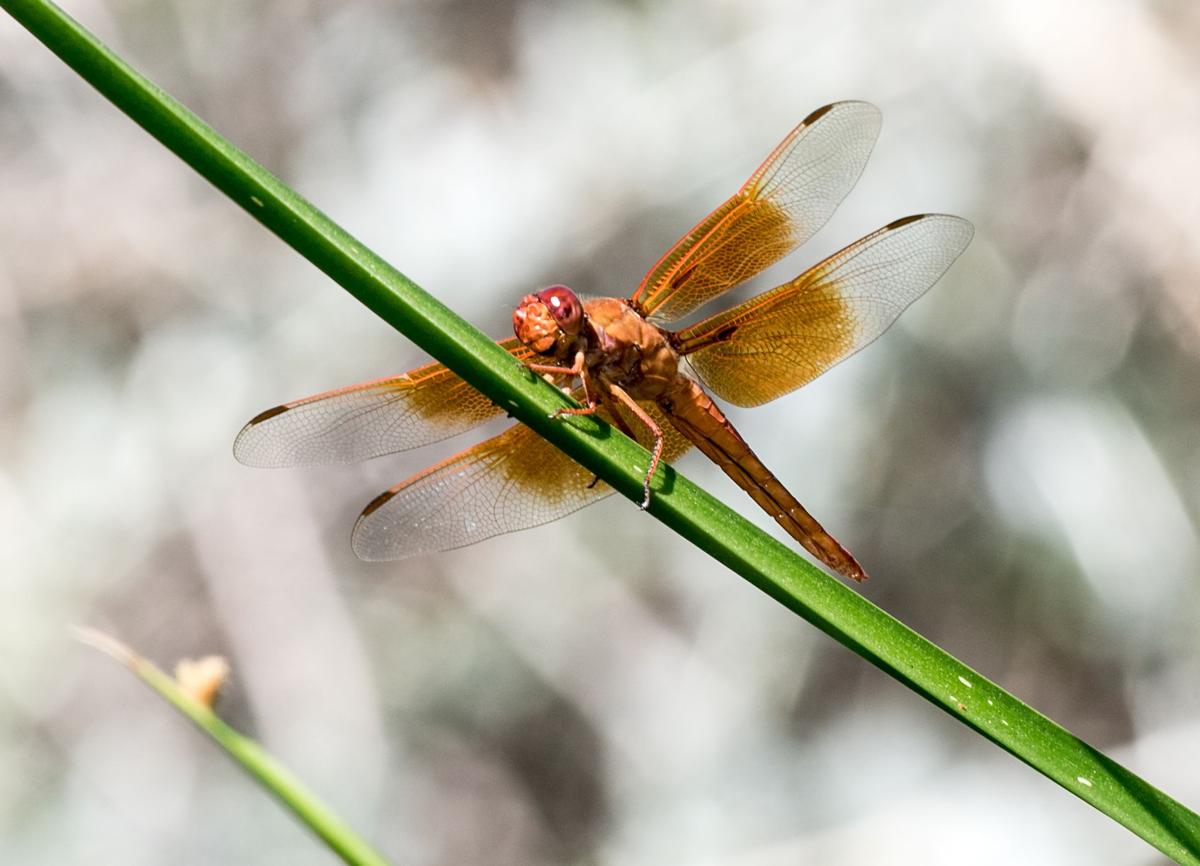 A Flame skimmer dragonfly sits on a bulrush at Sweetwater Wetlands in Tucson, AZ, The Santa Cruz River has improved markedly according to a recent study of the Lower Santa Cruz River. Photo taken Friday, July 15, 2016. Photo by Ron Medvescek / Arizona Daily Star. 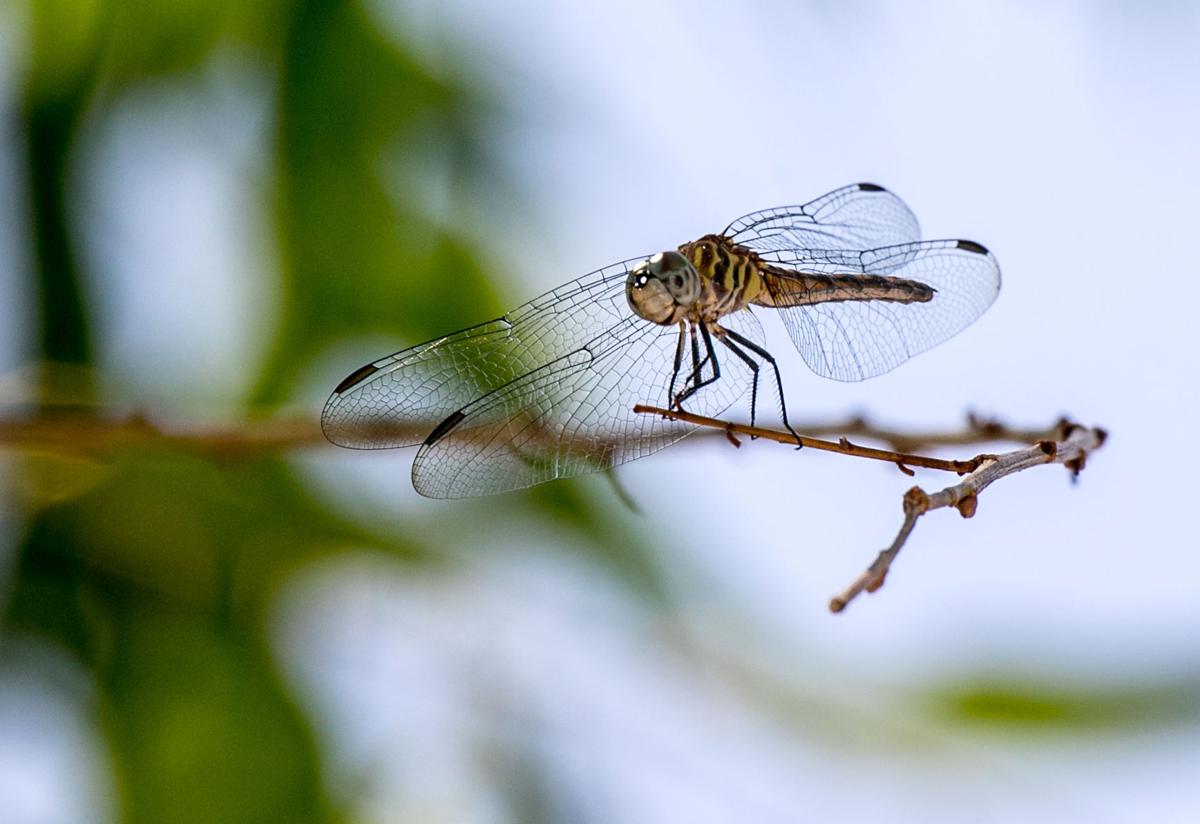 A dragonfly sits on a tree branch at Sweetwater Wetlands in Tucson, AZ, The Santa Cruz River has improved markedly according to a recent study of the Lower Santa Cruz River. Photo taken Friday, July 15, 2016. Photo by Ron Medvescek / Arizona Daily Star.

If you weren't currently planning to spend your Saturday morning looking at sunset-colored dragonflies, maybe you should reconsider.

On Saturday, Nov. 9, head over to the first ever Dragonfly Day on the Santa Cruz River at Crossroads at Silverbell District Park, 7548 N. Silverbell Road.

So as you can see, dragonflies are kind of a big deal.

"The abundance of dragonflies tells us that it's a really reproductive ecosystem with lots of algae," says Michael Bogan, a freshwater biologist and professor at the UA. "Because they're predators, they're not eating the algae, but eating the bugs that eat the algae. And then the diversity in number of species we find gives us a good indication that the water quality has improved."

Fifty-one species have been spotted on the Santa Cruz River, says Bogan, who has been studying the river since 2016. And some of these adults are real beauties.

"Some of the most common ones are the most beautiful," Bogan says. "There's a bright orange flame skimmer ... and also in a really bright pink purple color is the roseate skimmer that looks like a tube of lipstick. It's an unreal color."

Both are native species.

On Saturday, kids can do themed arts and crafts at the park and learn some facts about both dragonflies and the flowing Santa Cruz River. To be clear, you'll be hanging out along the stretch of the river that begins on the northwest side, not the newly flowing portion south of downtown.

At the river (which runs along the park), dragonfly fans can get their feet wet and learn about species in the larvae stage. Hang in there if that makes you squirm a bit. Kids and grown ups will also have a chance to catch a few adult dragonflies.

At 11 a.m., Bogan and another dragonfly expert will lead a small tour among three river parks. Space is limited and sign-ups are first-come, first-served at the beginning of the event. You'll need your own transportation. The goal is to connect people to the river.

What: Dragonfly Day on the Santa Cruz River. Be prepared to get your feet wet.

Where: Crossroads at Silverbell Park, 7548 N. Silverbell Road, at Ramada 2 near the baseball diamonds.

If you're wondering what the heck just crawled over your foot or flew into your hair, it's p…

Yes, we are already talking about Thanksgiving.

Writing about Tucson's heart and soul — its people, its kindness, its faith — for #ThisIsTucson.