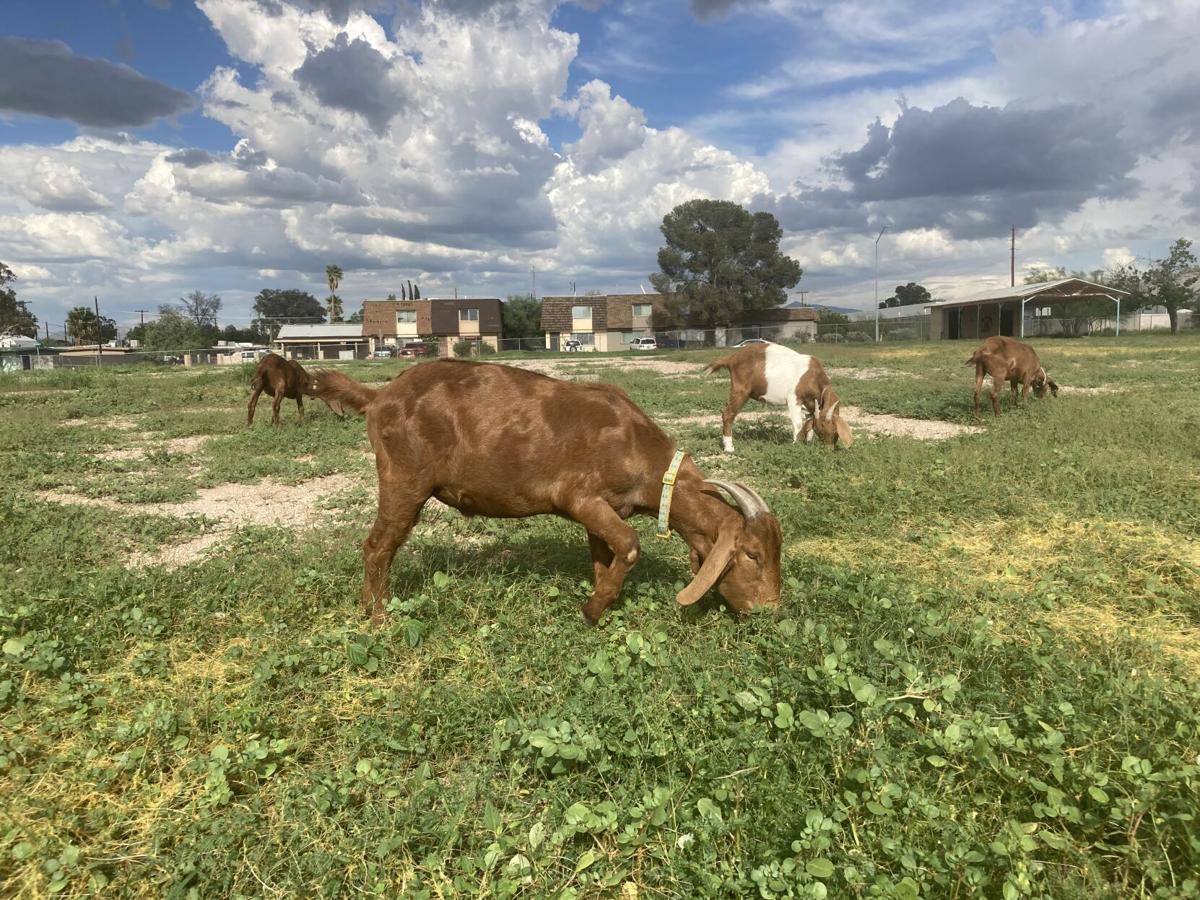 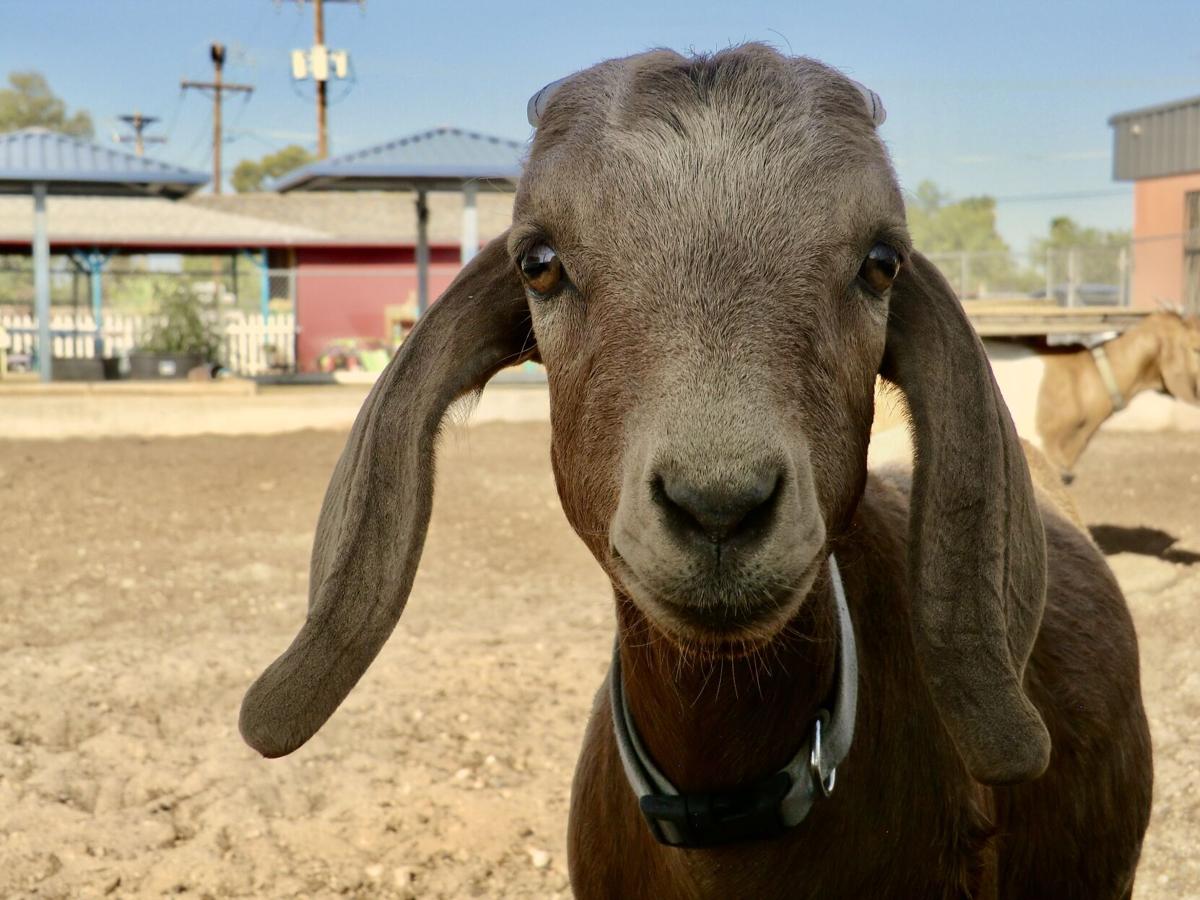 Osvaldo, one of the goats at Midtown Farm, poses for a photo. The farm is operated by local grassroots collective, Flowers & Bullets in Tucson, Arizona. 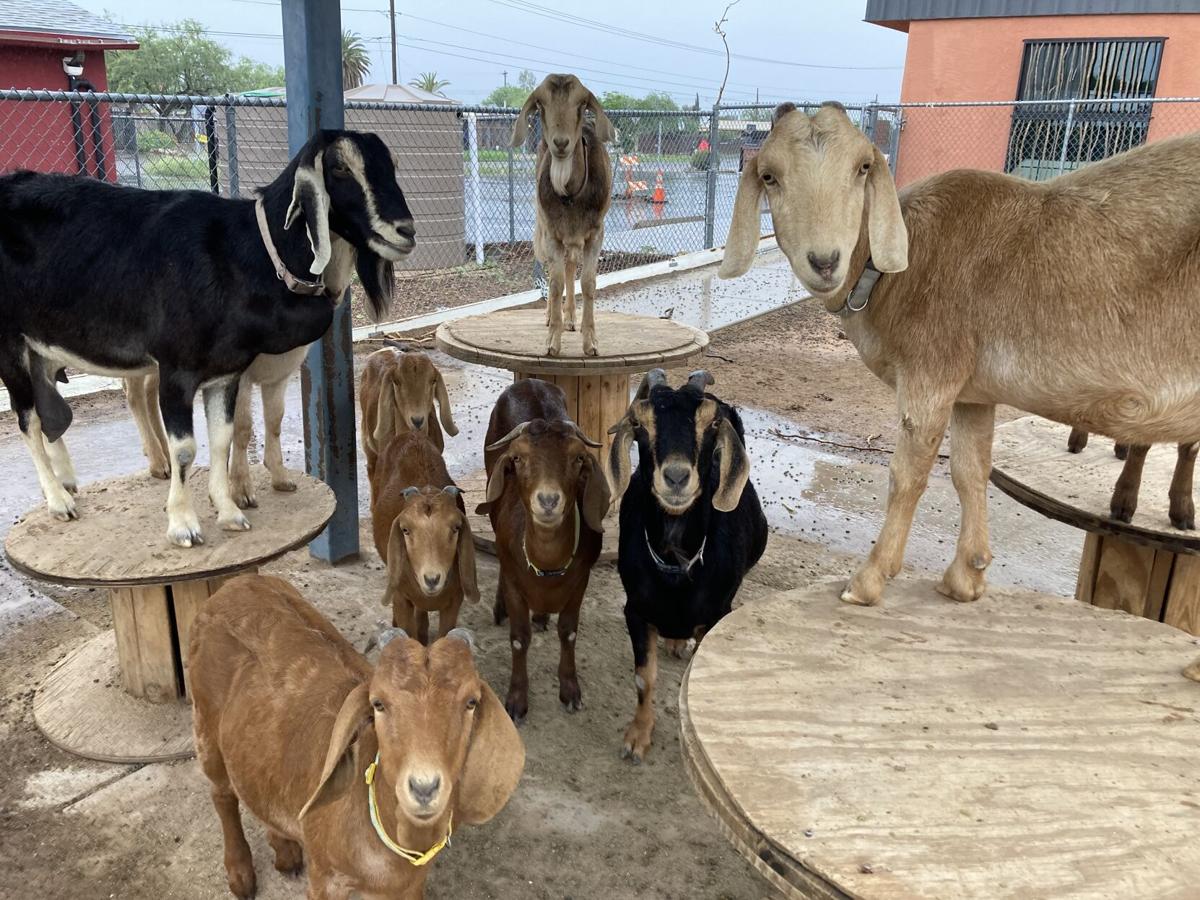 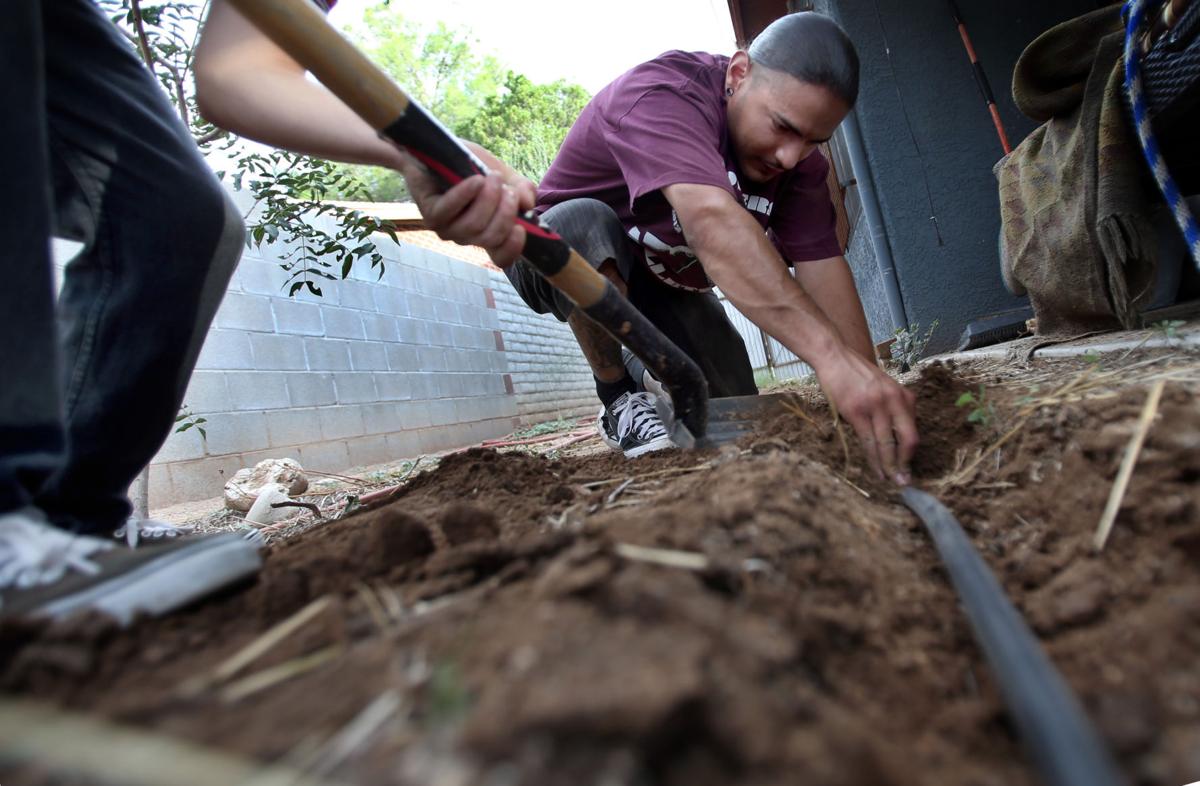 Jesus “Tito” Romero of the Flowers & Bullets collective buries a water line while installing a drip irrigation system for a backyard garden.

We've all heard of the popular crowdfunding platform called GoFundMe, but have you ever heard of a GoatFundMe? 🐐

Tucson grassroots collective Flowers & Bullets is hosting a fundraiser called GoatFundMe — a fun play on words for GoFundMe — to help raise money to build a home for their 12-member goat herd in Barrio Centro.

The goat herd actively lives on Flowers & Bullets' Midtown Farm located at the now-closed Julia Keen Elementary School. Due to the intense heat in early June and one of the wettest monsoon seasons Tucson has witnessed in 60 years (well, the third wettest, to be exact), Flowers & Bullets decided that the goats needed a sturdy home to keep them cool during the summer months and warm and cozy during the winter season.

The Barrio Centro goats are the farm's greeters and ambassadors, along with landscapers, milkmaids and even therapists for those who visit the farm or happen to pass by the chainlink fence around the farm feeling a little blue.

"We're able to have livestock and show how to raise livestock in the neighborhood where they necessarily wouldn't have these opportunities," said Flowers & Bullets co-founder Jesus "Tito" Romero. "We breed the goats, we use them to show the community kids and the elderly folks here in the neighborhood how to make goat milk soap, how to make goat cheese and we distribute the milk as well."

When donating to the GoatFundMe, you can choose a "team member" or specific goat to support. The current fundraising favorite is Gerard, who is pictured wearing a white and rainbow polka-dotted birthday hat.

All the funds raised will go toward the supplies needed to build the goats' home, such as a 20-foot shipping container, windows, doors, an automatic exhaust fan, along with a budget to help keep the community goat workshops running in the future.

Initially, Flowers & Bullets set the fundraising goal to $4,900, but due to a recent uptick in shipping container costs and shipping, the new goal will be in the ballpark of $7,000, according to Romero.

Regardless of the fundraising goal, Romero hopes that the community will continue to donate to local grassroots organizations.

For the barrio, for the people

Flowers & Bullets was initially started by Romero and his childhood friend, Jacob Robles, in 2012 as a way to connect sustainability and art to Barrio Centro’s underserved communities. Since its founding, the organization has hosted numerous sustainable living trainings, goat husbandry workshops, celebrations and community get-togethers at the Midtown Farm.

After outgrowing their previous space a few years ago, Flowers & Bullets had their eyes set on the empty Julia Keen Elementary School, which closed in 2004. In 2016, Tucson Unified School District received various proposals for the space, including an offer from the Penske Truck Leasing company to turn the school into a parking lot.

Romero said they didn't want Penske to turn an essential building in their community into a parking lot that didn’t contribute to the area and its people. Flowers & Bullets' pushback on Penske's proposal eventually led the company to withdraw their offer.

After a year of working on their proposal, Flowers & Bullets were granted the lease to the elementary school after a unanimous 5-0 vote during a TUSD school board meeting in December 2016.

Now, the space operates as a regenerative farm and "neighborhood resource that can help feed, educate, employ and empower local residents toward a more resilient, sustainable and hopeful future," according to their website.

Flowers & Bullets would like to purchase the elementary school property in the near future and become a fully funded nonprofit organization that can hire more community members, including those with incarceration and substance abuse histories.

"It's not to be romanticized. It's very, very hard work to do community work and for us to be volunteers for this long is not sustainable. That's part of how we're going to change our communities, by fully funding our programs and employees," Romero said.

After years of hard work, Flowers & Bullets continues to bloom and rise against any challenge thrown their way.

"We see the lack of resources, we see those hardships or environmental and social injustices. This is where we grew up and where we have strong ties to. It’s where we live, where we love and appreciate," Romero said. "But that's kind of like the paradox to us, right? Flowers is the art and bullets is that struggle. Coming from these hardships, we can still do something beautiful."

For more information about Flowers & Bullets and the GoatFundMe fundraiser, visit their website.