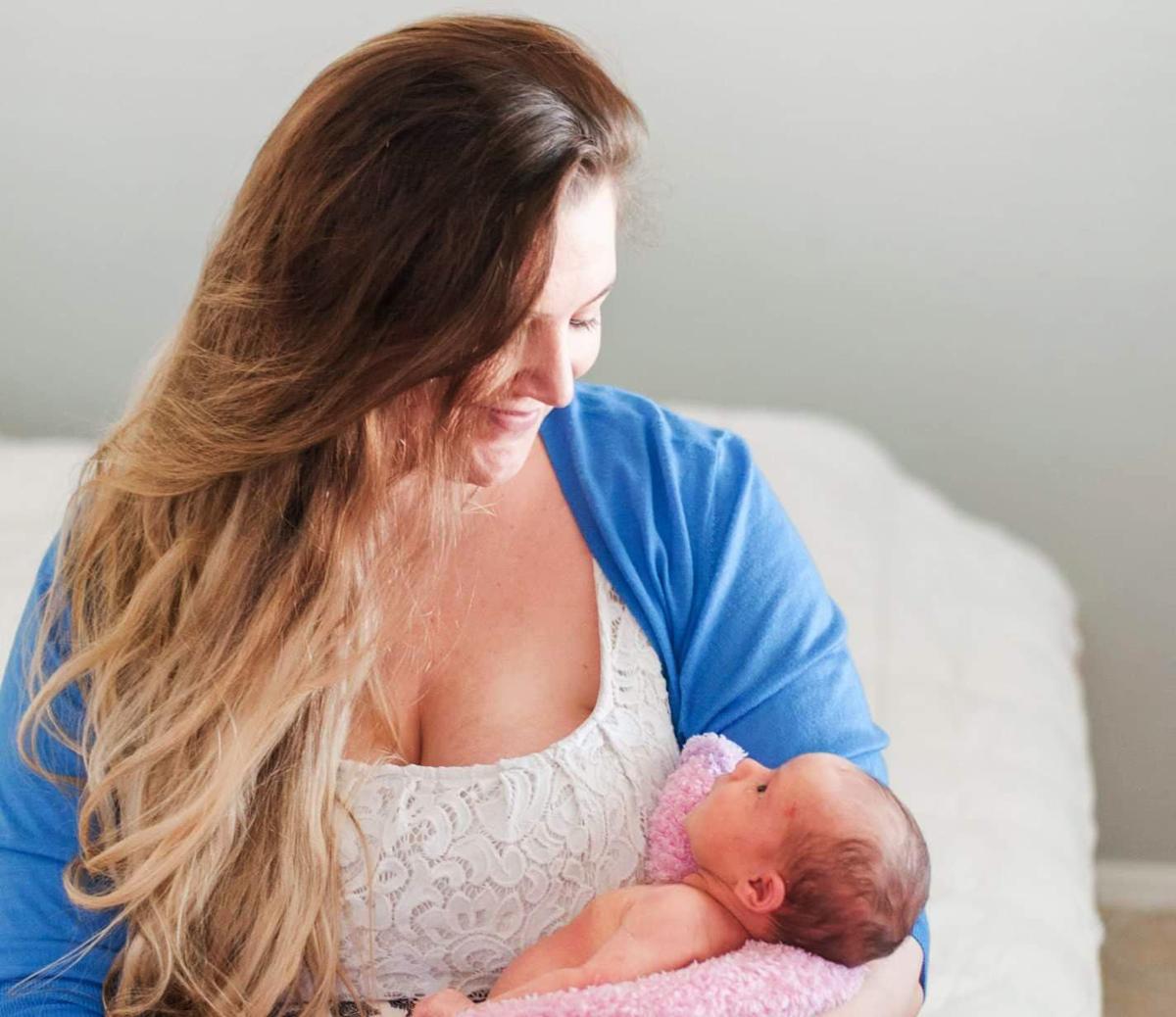 Lauren Miller, 29, and her baby Scarlett, before Lauren was diagnosed with leukemia. 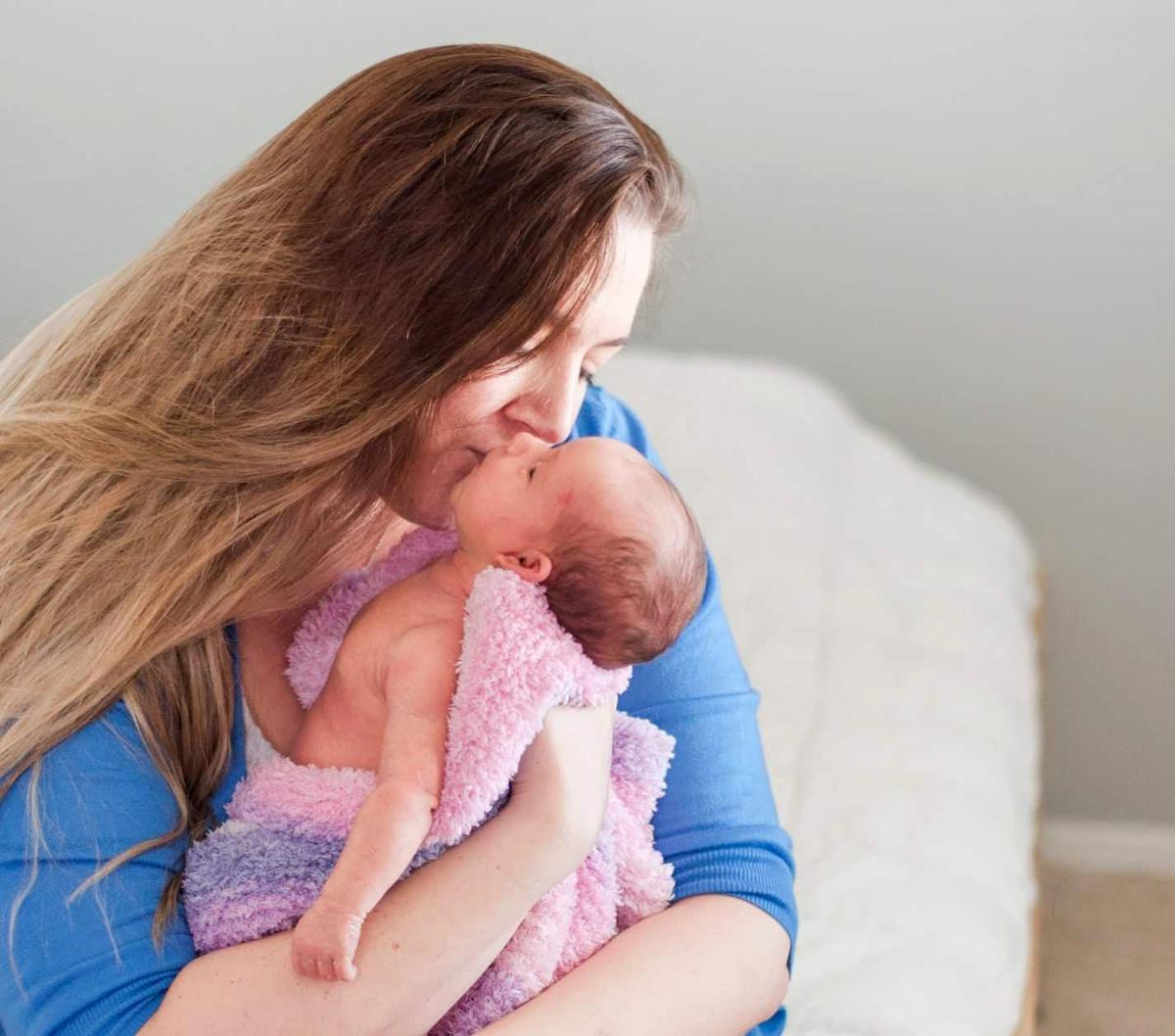 Lauren Miller and her baby, Scarlett, before Lauren was diagnosed with leukemia.

A sisterhood of Arizona mothers has stepped in to donate breast milk to a Tucson woman undergoing cancer treatment.

Lauren Miller, a newlywed and mother of two, was diagnosed with Philadelphia Positive Acute Lymphoblastic Leukemia, a rare form of leukemia, at the end of December when her baby was just a few weeks old. She was immediately hospitalized and given chemotherapy, which meant she could not breastfeed her baby.

It was important to Lauren, 29, that her baby, Scarlett, stay on breast milk, so her sister Brooke Hasselman reached out to the mom community on Facebook for help.

More than 20 women responded and donated enough milk to keep the baby fed for about six months.

Kayla Randall, a 30-year-old mother of one, was especially touched by the Facebook post. So much so, that she and her husband bought a deep freezer from Craigslist to store milk donations for Lauren's family.

"Theoretically, the baby could be on formula," Kayla says. "There are other avenues, but Lauren wanted her baby to be breastfed and it's something we can do to help ease the mom's suffering. I think it's really awesome that so many people are willing to help."

Lauren wasn't feeling up to an interview, but Brooke says the donations have been a huge relief for her sister.

"I think it's 100 percent helped her stay more positive with making sure that's one less worry for her," Brooke says. "I think everyone's biggest fear was postpartum depression after finding out she couldn't breastfeed. But with all the donations so far I definitely think it's kept her worry at bay."

Milk sharing might sound weird to some, but it was common practice until formula was introduced, says Crissi Blake, a nurse, board certified lactation consultant and co-owner of Milk and Honey.

"It used to be the norm for mothers who weren't able to feed their babies," Crissi says. "They'd use another mother's milk, whether it was a family member or friend."

The World Health Organization says human milk is best for babies whether it's from their own mother or another mother.

"So we have a lot of support from world organizations, but in the United States it's still something people find strange," Crissi says. "But, if they think about it, we're the only species that drinks another species' milk when we drink cow's milk."

At Milk and Honey, a Tucson company that provides breastfeeding and postpartum support to families, there is a large community of mothers who share milk.

"I think it's becoming more and more talked about and normalized," Crissi says. "There are not really a lot of risks. Breast milk is so stable. It has these really big cells that break down any bacteria."

Mothers sharing milk tend to be open about their diets and medications, making it easy for someone in need of donations, Crissi says.

That's been the case for Lauren, too.

Kayla says when she gets milk donations, the mothers usually write if they're off dairy, or have had caffeine that day and list any medications they might be on.

So far, Scarlett doesn't seem to have issues with the different milk, Kayla says.

Lauren has undergone six rounds of chemotherapy since she was diagnosed in December. In the next few weeks she will have another bone biopsy to see if the leukemia is gone, Brooke says.

If it is, Brooke will be the donor for Lauren's bone marrow transplant.

In the meantime, the family is seeking more breast milk donations to get through the next six months. Lauren's goal is to keep Scarlett on breast milk until she is a year old on Dec. 11.

Helping the Miller family in this way is a small way to show support, Kayla says.

"She's somebody in our community that needed help," Kayla says. "It's frustrating when you watch people going through something like this and you can't do much. So there's this opportunity to do something. No matter how big or small, it's nice to show someone you can support them and there's a community rooting for them. It's been really hard on them and my heart just goes out to them and it's a small thing to do, but I'd do it again."

Breast milk donations are being coordinated and collected by Kayla Randall. If you want to donate, email her at kaylabrewer82@gmail.com.

Free counseling services available for all TUSD students and their families

Tucson's Oat Mama is releasing a cookbook for breastfeeding mothers

Visit the children's museum for $3 on Mondays this summer

The Children's Museum Tucson has fun plans for kids this summer.

It all started with a big idea, a love of goats and a chance meeting between a woman on a horse and a woman in a car.

It all started with a big idea, a love of goats and a chance meeting between a woman on a horse and a woman in a car.

This weekend, USO Arizona is throwing a Tucson baby shower for all of you pregnant military mamas.