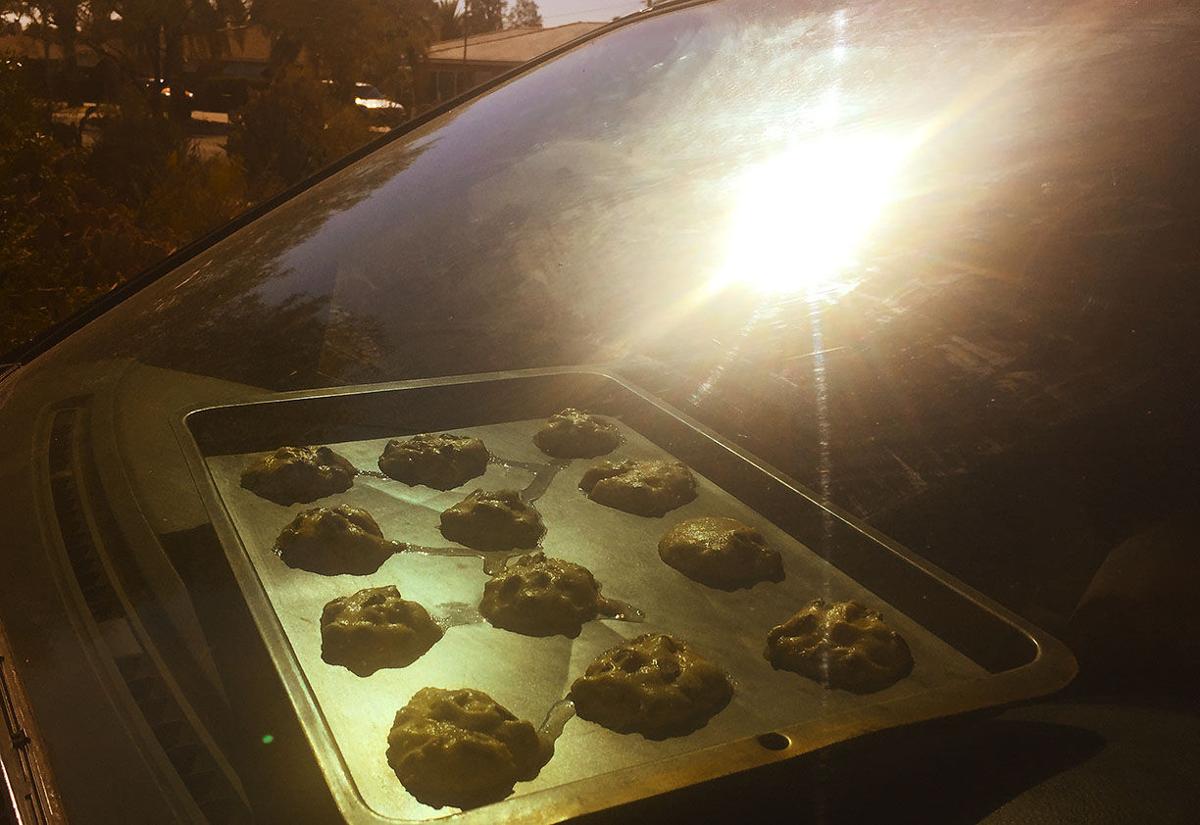 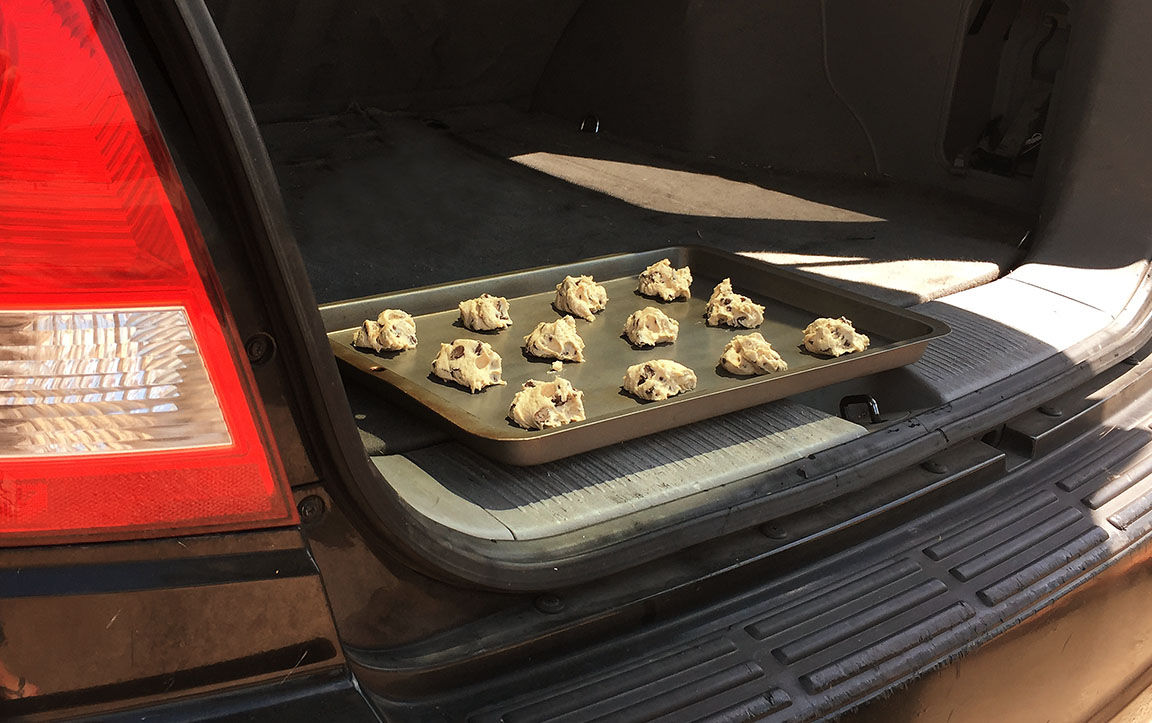 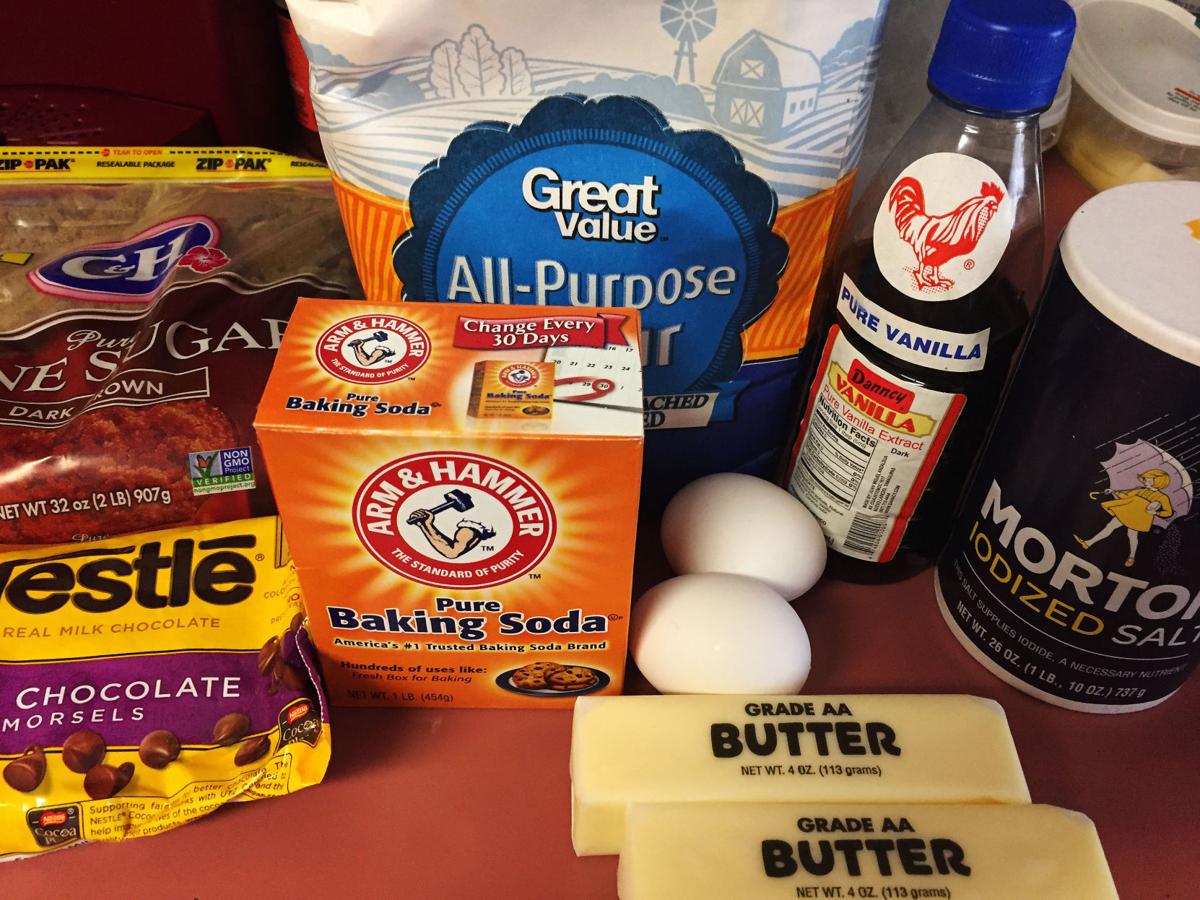 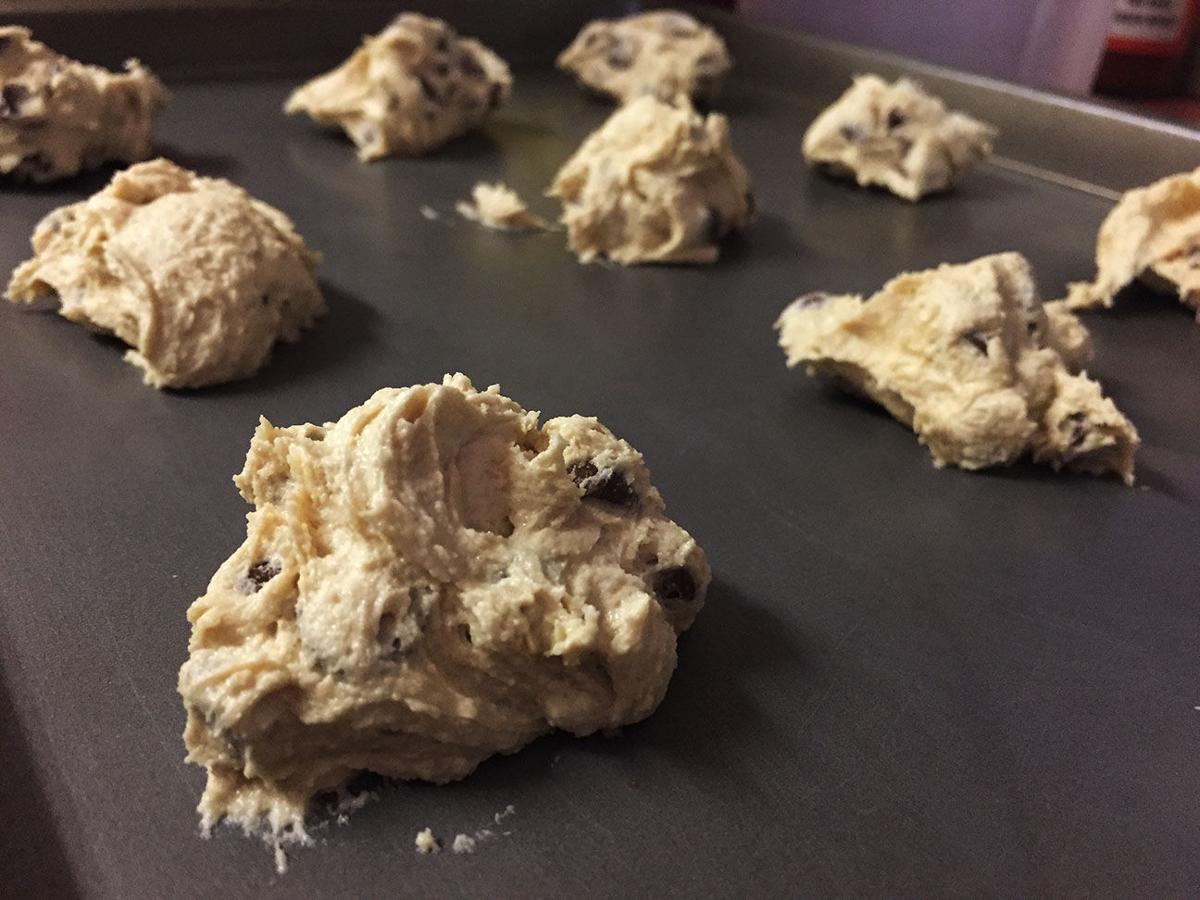 All ready to bake in the car. 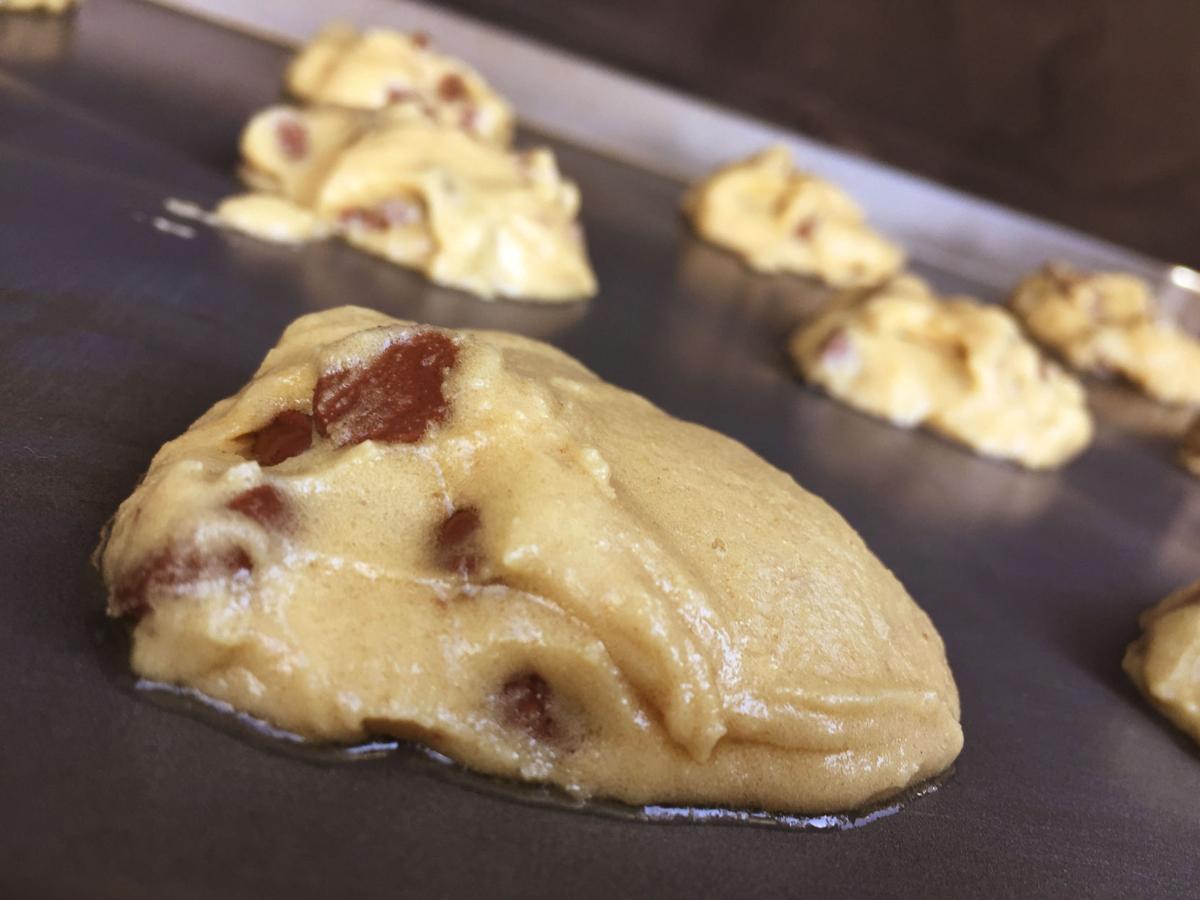 I waited 20 minutes instead of checking it out in ten. So, this is what they look like at 30 minutes bake time. 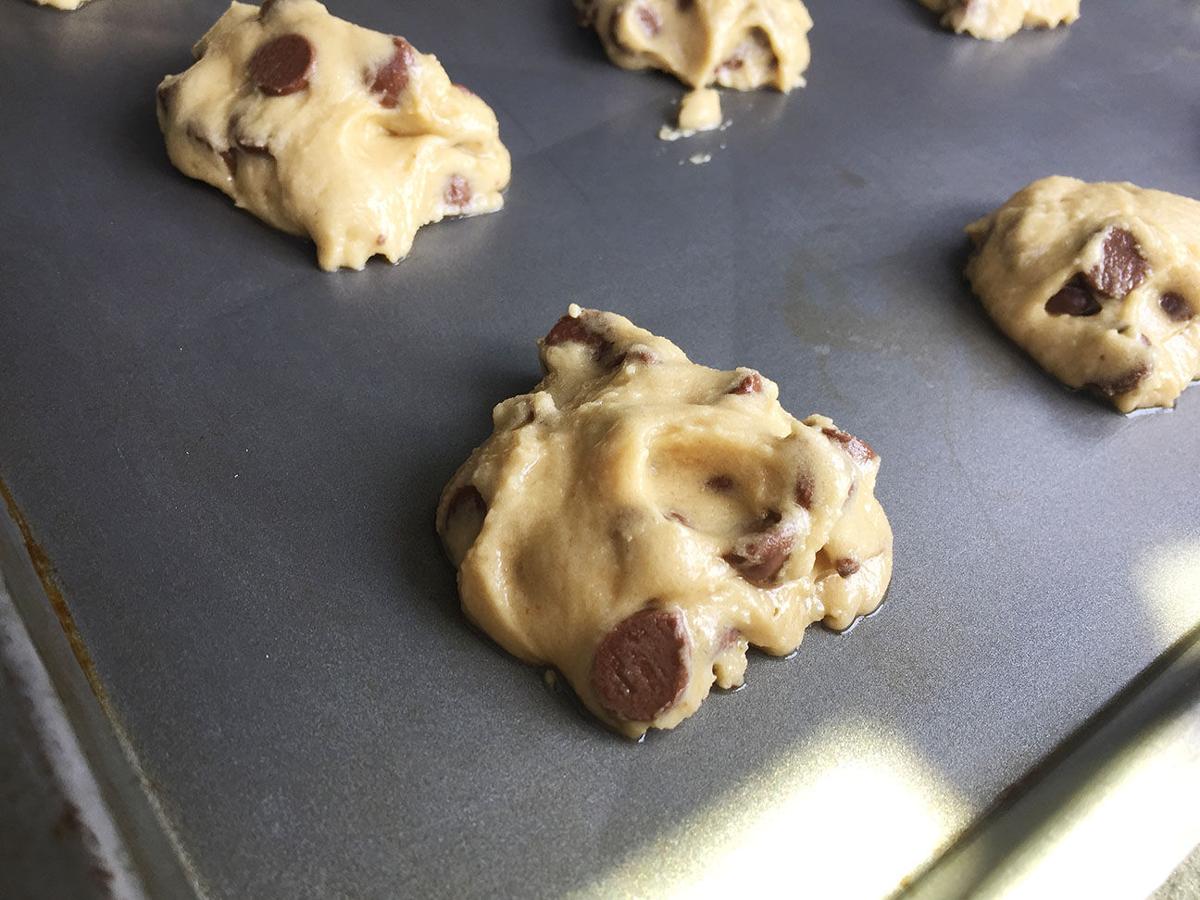 After 10 minutes in the car, they're at the melting phase. This is going to be a long batch of cookies. 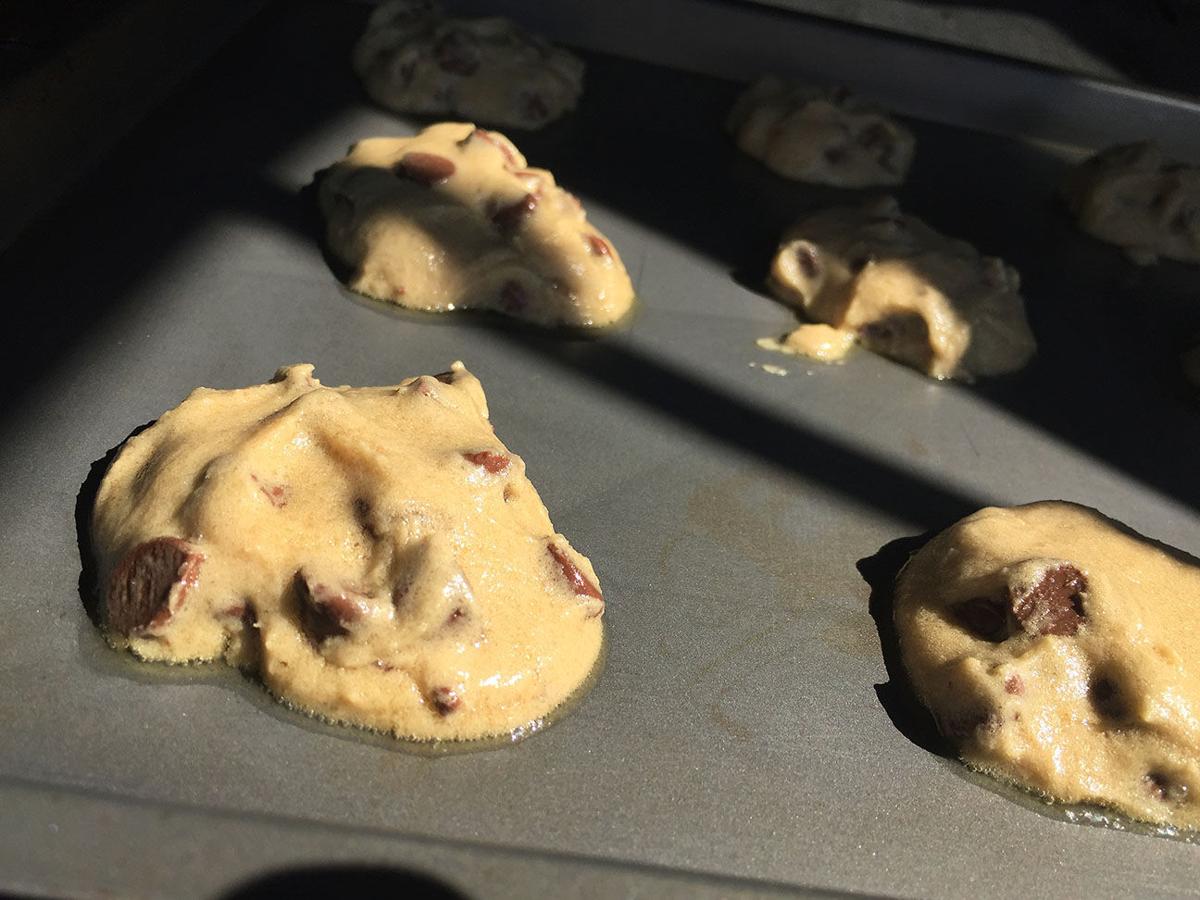 After baking an hour and twenty minutes. 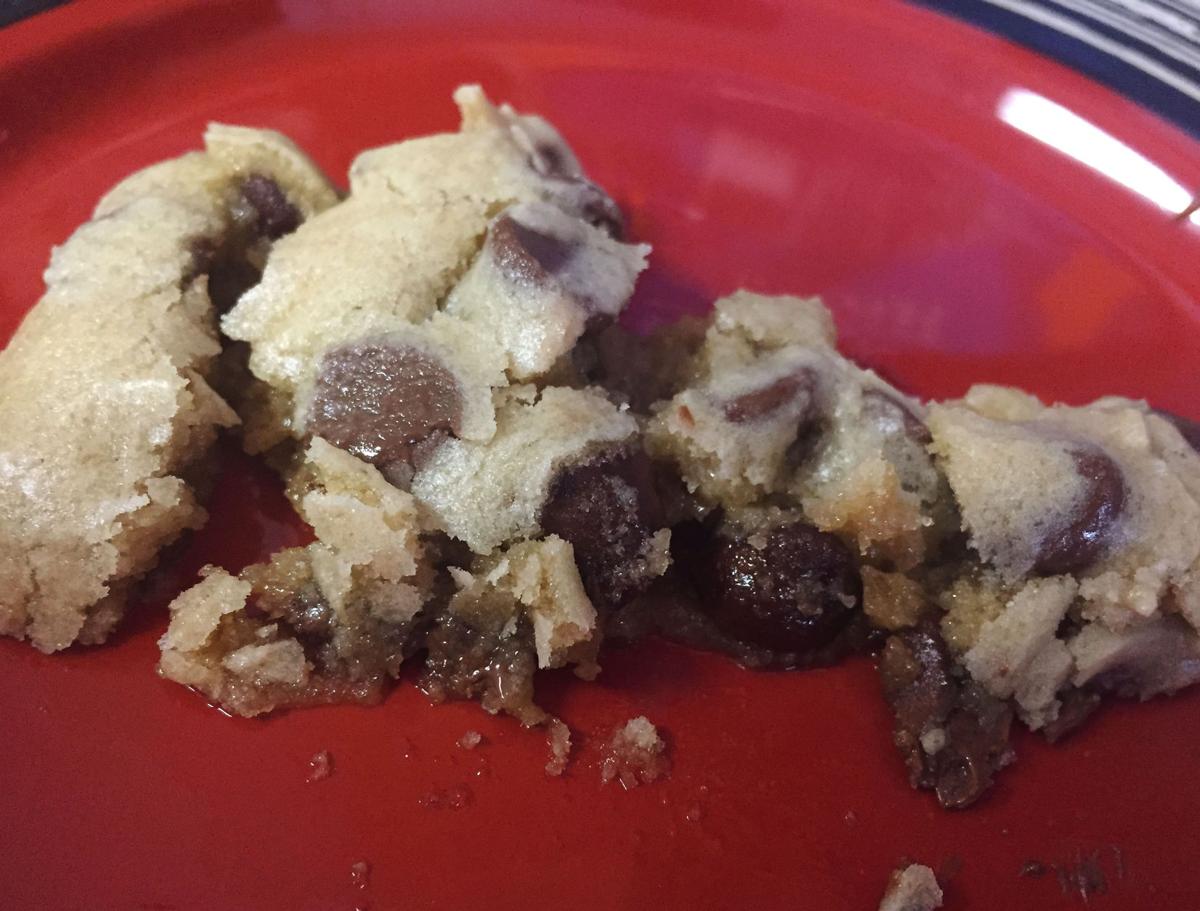 Three hours later, they're still only half cooked. I'm calling it a FAIL!

All ready to bake in the car.

If you live in Tucson, you've definitely opened your car door on a summer day and said, 'It's as hot as an oven in here.'

Well, we put that old saying to the test today.

I mean, why not? Better than heating up the house, amiright?

Here's how it went

Thirty minutes later, it was 111 and the cookies went in the car, aka OVEN.

I checked the cookies in 10 minutes. They're definitely starting to bake, but are just in the melting stages. Here's how they looked.

Since they had such a long ways to go I waited 20 minutes before I checked them again.

So, after a total of 30 minutes, they're looking like goop.

At 50 minutes, they looked exactly the same as they did 20 minutes before. So, I decided to give it 30 minutes next time around.

I checked them again at an hour and twenty minutes. They look pretty much the same, but this time I touched one to see if they were baking. They are. It was pretty firm and starting to have that baked texture, although they're not browning much.

Thirty minutes later I ended up moving them to the dashboard. I had them in the back before because of the flat surface. Both areas felt just as hot, so I didn't think it would make a huge difference but thought the move might speed things up a little.

After three hours, the cookies were still not done.

They were only half-cooked and just fell apart into a gooey mess when I picked them up.

So, can you bake cookies in the car? I mean, I have a friend in Phoenix who does this every year. Maybe we need that extra 10 degrees to do this successfully. Maybe placing them on the dashboard the whole time would make a difference. Or maybe I should have left them in for another hour. I don't know.

But, for right now, I'm calling this a FAIL!

At least my car smells amazing.

Planning a staycation? Here are 6 Tucson resorts with sweet deals

It's officially summer and my body is crying.

It's been so hot in Tucson this week. How hot you ask? Enough to fry an egg on the sidewalk? Nah. Enough to bake some cookies in your car? Pro…

14 reasons we actually love living in Tucson during the summer

It's it weird to say it's our favorite time of year?