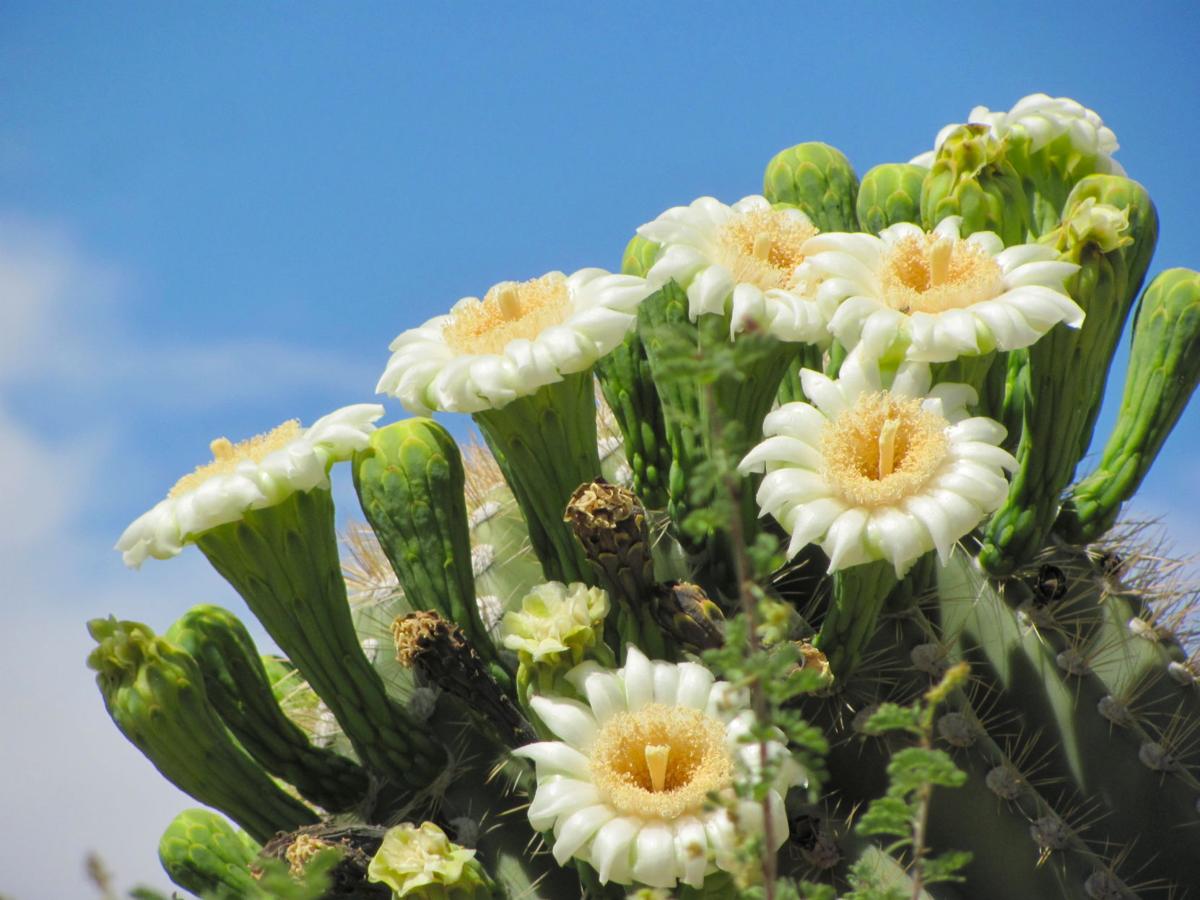 The peak time for saguaro blooms is normally mid-May to mid-June. The flowers have a short life span of typically no longer than a day. 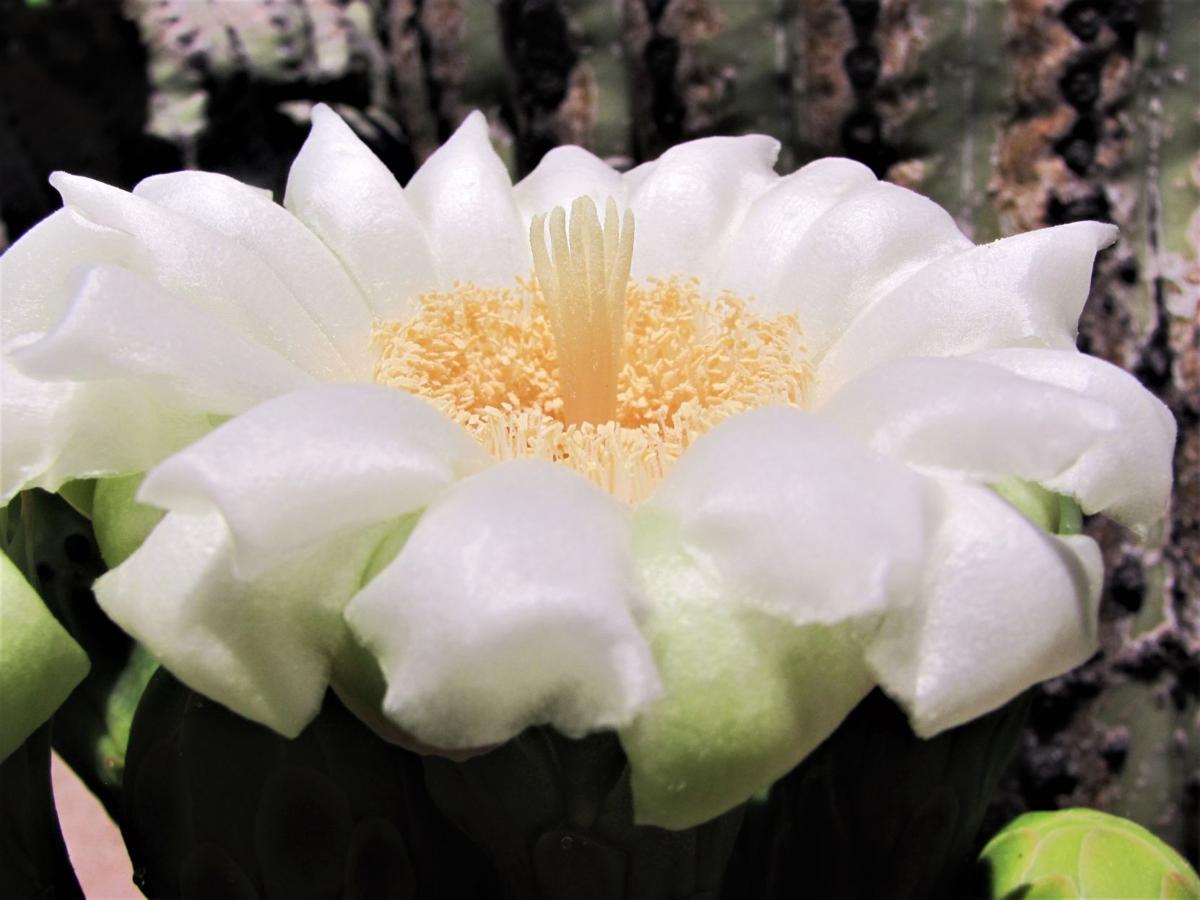 A close-up of a saguaro flower.

Last year was Tucson’s driest year on record, which has so far created a pretty lackluster wildflower season this spring.

But there’s good news: Saguaro blossoms have little to do with our disappointing rain levels last year, which means we should see those milky white blooms as normal this year.

"I think you can say that saguaros, and cacti in general, do not need to have a timely and abundant rain for their flowering," says Massimo Boscolo, horticulturist at the Arizona-Sonora Desert Museum. "I expect them to flower as normal."

"Wildflowers are completely dependent on the rain because they are annuals," Boscolo says.

On the other hand, cacti store water, which makes them less dependent on precipitation — though wetter years can produce more flowers.

"Generally speaking, a saguaro can flower almost any time of the year, apart from when it's really cold, so usually December and January, you usually don't see any flowers," Boscolo says. "As early as March and February, there will always be a few here and there with flowers on them — it's part of their genetic variation. But the majority flower in May and June."

Other cacti, such as prickly pear and hedgehog cacti, have also been seen with colorful blooms in Tucson neighborhoods.

To catch saguaros in bloom this year, Boscolo suggests visiting places such as the Arizona-Sonora Desert Museum, which has already seen some blooms this year; Sabino Canyon; and the Tucson Mountains and Gates Pass area.

"There's no need to go on any particular, difficult hikes to see cactus blooms," Boscolo says. "There are many places close to town."

And now for some random facts about saguaro flowers that you may not know: Bats love them and so do doves — Boscolo says that doves are really important because they spread the seeds wherever they fly.

The flowers also have a short life span of typically no longer than a day. Read more fun facts about the desert flower here.

10 things to know about the saguaro cactus bloom

Here are a few things you might want to know about how, when and where the saguaro cactus blooms in the Sonoran Desert in Arizona.

Since 2020 was one of the hottest and driest years on record in Tucson the conditions just weren't right for colorful annuals like poppies, owl clover, lupines and desert chicory to bloom abundantly and blanket the desert in an explosion of color, but you can count on the steadfast perennials to bloom as usual later in the spring.

Little free plant stands, which give the opportunity for community members to take a free plant home, have been popping up in the Phoenix area. In recent weeks, six have been set up in Tucson.

5 ways to reconnect with the community by volunteering in Tucson

Five Southern Arizona organizations that are currently recruiting new volunteers so you can give back while supporting a worthy cause.

The Board of Supervisors took the first step in approving a proposed expansion to the Kino Sports Complex, which could include three ice rinks, a 130,000-square-foot indoor sports center and a large entertainment complex.