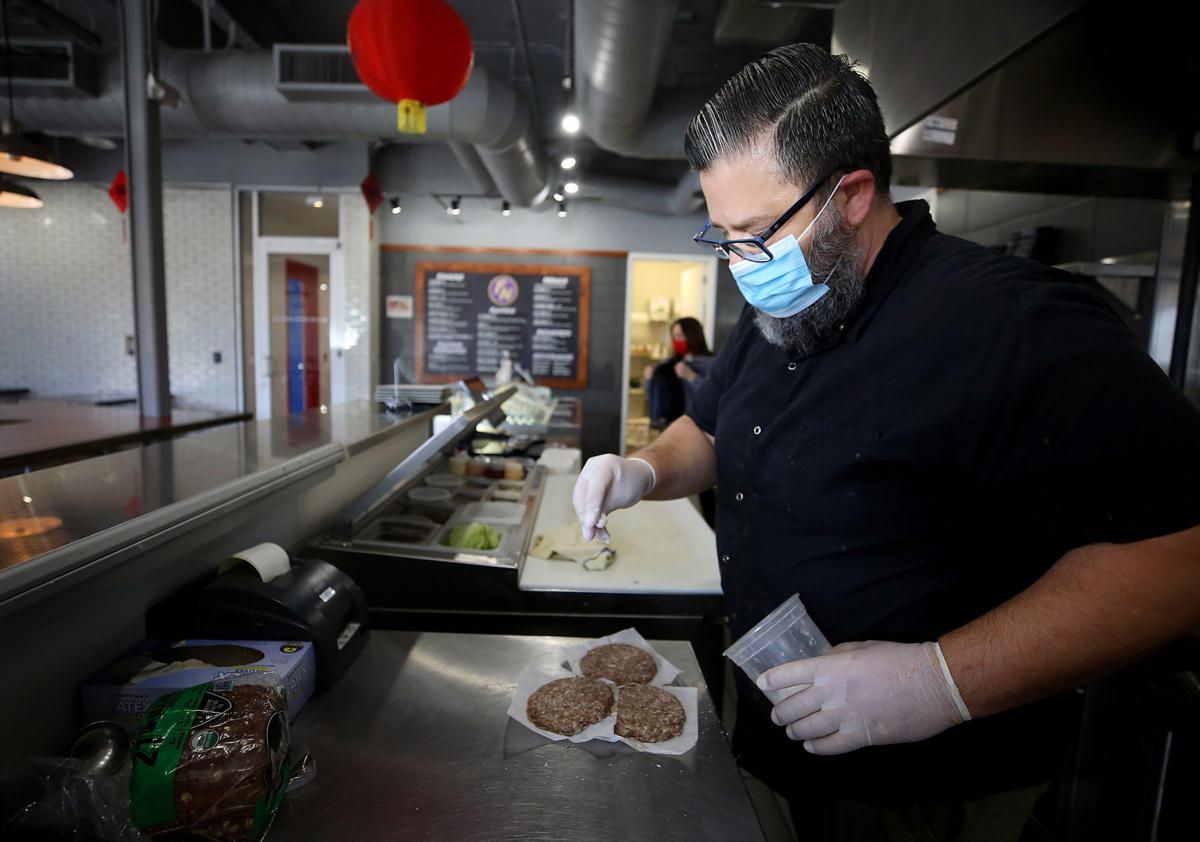 Ramon Gonzales, operating owner of Fat Noodle, prepares an order of burgers and fries at the restaurant. Gonzales has launched a ghost kitchen out of the restaurant called Rae’s Classics Burgers, Fries and Pies. 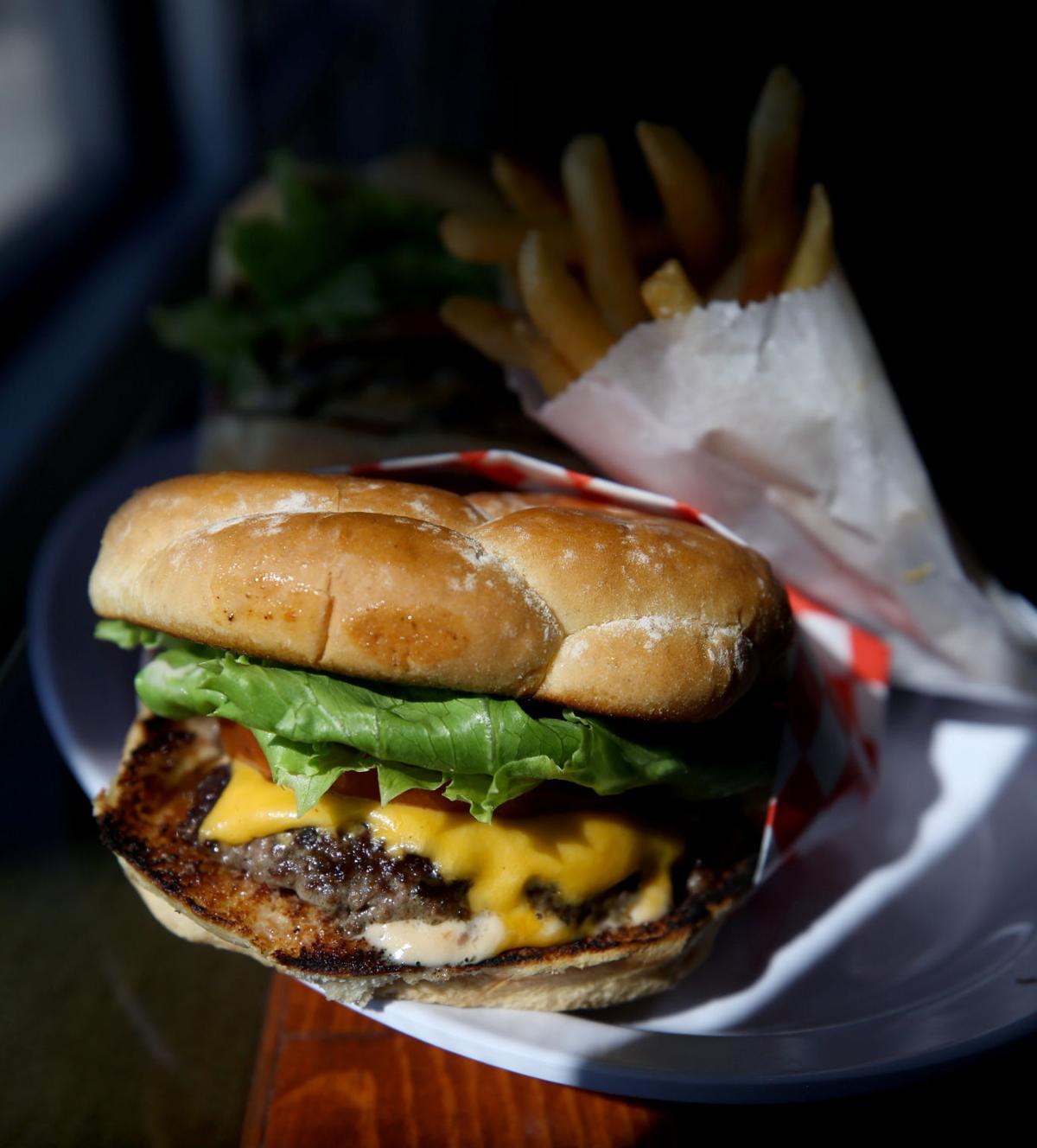 Rae’s Classics Burgers, Fries and Pies is a burger joint in the vein of the long-closed Tucson landmark Shari’s First Ave.

Ramon Gonzales, operating owner of Fat Noodle, prepares an order of burgers and fries at the restaurant. Gonzales has launched a ghost kitchen out of the restaurant called Rae’s Classics Burgers, Fries and Pies.

Rae’s Classics Burgers, Fries and Pies is a burger joint in the vein of the long-closed Tucson landmark Shari’s First Ave.

The mother-son team behind Tucson’s Fat Noodle ramen shop knows firsthand how unkind COVID-19 has been to independent restaurants.

For months now, they have sat in their Tucson Mall area restaurant watching traffic along North First Avenue and East Wetmore Drive pass in front of their 2-year-old restaurant.

Then Linda and Ramon Gonzales had an idea: What if they reinvented themselves, offered something a little more portable to fit into our carryout-friendly COVID world?

Relaunching their restaurant, tucked into the first floor of the Seasons student housing complex at 811 E. Wetmore Road, was cost-prohibitive. And besides, Ramon Gonzales’s noodles had a large following going back to 2011 when he rolled out a food truck back when food trucks were just gaining in popularity.

So they did the next best thing: They created a “ghost kitchen” that they dubbed Rae’s Classics Burgers, Fries & Pies, a burger joint in the vein of the long-closed Tucson landmark Shari’s First Ave. For more than 50 years, that tiny burger shack on North First Avenue served up single, double and triple no-frills honest-to-goodness burgers and fries before closing in summer 2008.

“It’s a very simple model. The burgers are never frozen. Then you add on bacon, lettuce, cheese — whatever you want,” Linda Gonzales said.

Add in a side of fries and a slice or two of her son’s handcrafted fruit pie and you have the perfect hand-held takeout — and all of it is being made in back of Fat Noodle’s kitchen.

Gonzales said she and her son offered takeout from Fat Noodle’s ramen menu when the economy shut down in mid-March and they tiptoed back into dine-in when the state reopened in mid-May, trying to make it work at 25% capacity. But when Arizona’s coronavirus numbers spiked a couple weeks later, they switched back to takeout only.

By the time the students returned the dining room reopened — it’s been open about three weeks — but business still lagged.

It’s picked up a bit since they rolled out Rae’s Classics two weeks ago and they are getting positive feedback from diners, Gonzales said.

“We’re just trying to survive in this climate and we’re finding that this is a really good model to do that with a ghost kitchen,” she said.

Fat Noodle and Rae’s Classics are open from noon to 7 p.m. Tuesdays through Saturdays.

The mother and son team behind Fat Noodle ramen shop opened a "ghost" kitchen to sell classic burgers, fries and pies, as the name implies. Th…

How Tucson restaurants pivoted their way through the COVID-19 pandemic

In a year like no other, Tucson restaurants got creative and figured out ways to survive and, in some cases, thrive.