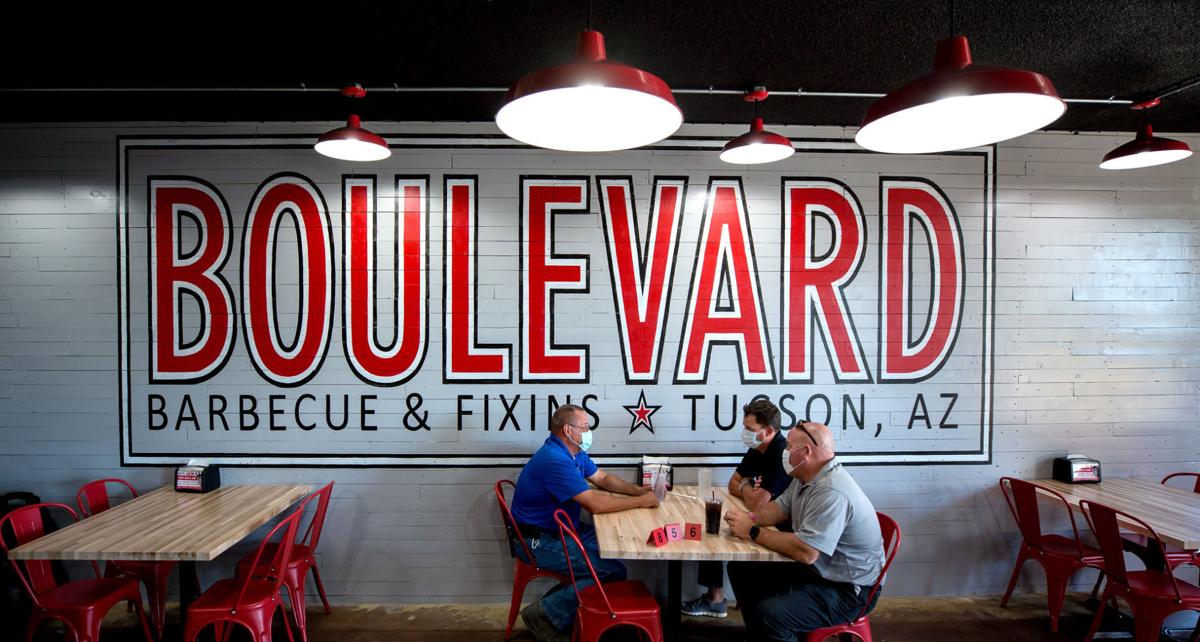 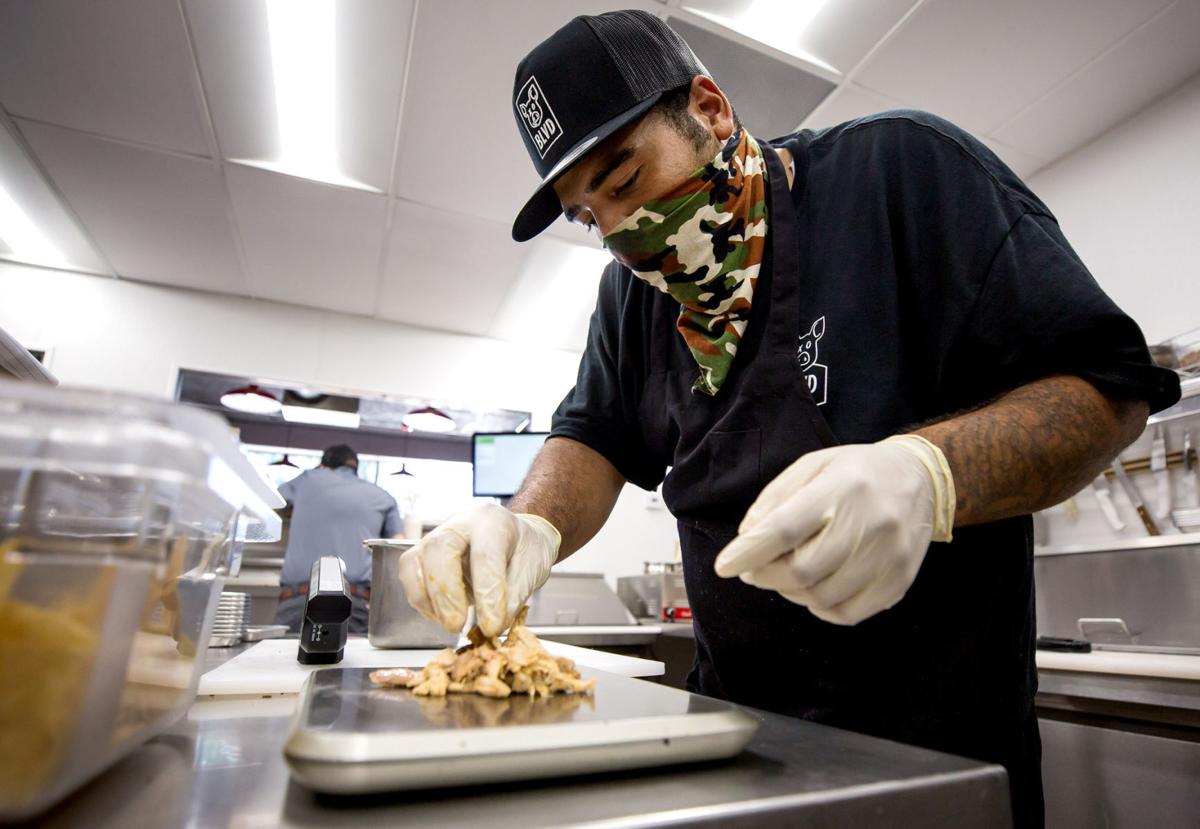 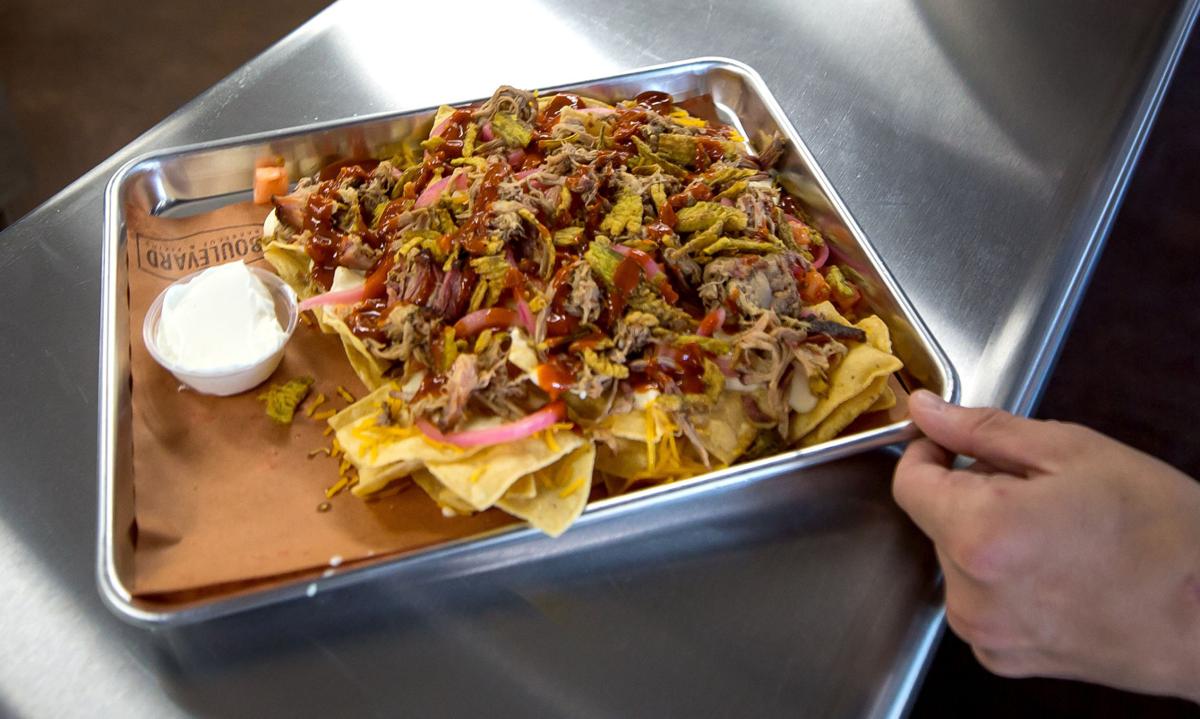 Finished BBQ nachos at Boulevard Barbecue & Fixins, which is open from 11 a.m. to 8 p.m. daily.

Finished BBQ nachos at Boulevard Barbecue & Fixins, which is open from 11 a.m. to 8 p.m. daily.

Eighteen months after announcing its partnership with Red Desert Barbecue, the team behind Serial Grillers has opened its long-awaited barbecue restaurant.

Travis and William Miller on Monday officially opened Boulevard Barbecue & Fixins at 5737 E. Speedway in the space where the brothers opened their first Serial Grillers pizza and sandwich restaurant. The pair now operate four Serial Grillers including their express concept at 5660 W. Cortaro Farms Road, which they opened in early February off Interstate 10 in Marana.

They also have Toro Loco Tacos y Burros that they opened in mid-December at 7940 E. Broadway; and their two-year-old Craft, A Modern Drinkery at 4603 E. Speedway.

Travis Miller said Boulevard Barbecue was stalled for months as they worked to open the Cortaro restaurant, which until the state ordered restaurant dining rooms to close in mid-March had been off to a great start.

Boulevard’s menu starts with Martin’s plethora of smoked meats — brisket, chicken, sausages and pork — and then casts the meat in starring roles in sandwiches, salads and tacos. The idea is to create a barbecue menu that appeals to purists and novices alike.

Red Desert Barbecue “was mainly for barbecue purists, meat on a plate, smoked meats. This is turning those meats into specialty sandwiches and trying to do a different take,” Miller explained. “I want to make it something that’s Tucson. I feel that in Tucson we try to reimagine classics. That’s the way I look at it.”

“It’s the same type of stuff but just served in a different way,” Miller said.

Boulevard also borrows Red Desert’s combo plates menu and sells meat by the pound. Miller created a half-dozen barbecue sauces, from the white sauce to a sweet and tangy Carolina, a couple spicy barbecues including the reaper made from scalding reaper peppers and chipotle buffalo sauce made with chipotle peppers.

The team behind Serial Grillers opened its barbecue restaurant at 5737 E. Speedway in October. Travis and William Miller have four Serial Gril…

Bisbee Breakfast Club coming in March; no word yet on new Chuy's location in Marana.