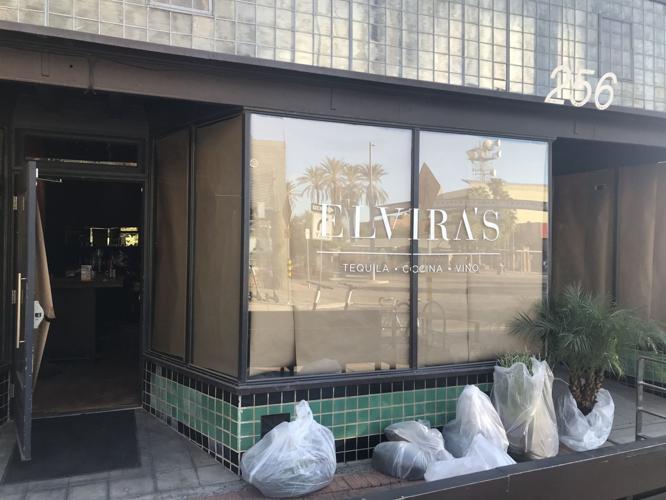 Rubén Monroy Jr. has permanently closed his downtown restaurant Elvira’s Tequila, Cocina & Vino due to COVID-19. He and his crew were cleaning out the restaurant on East Congress Street on Wednesday. 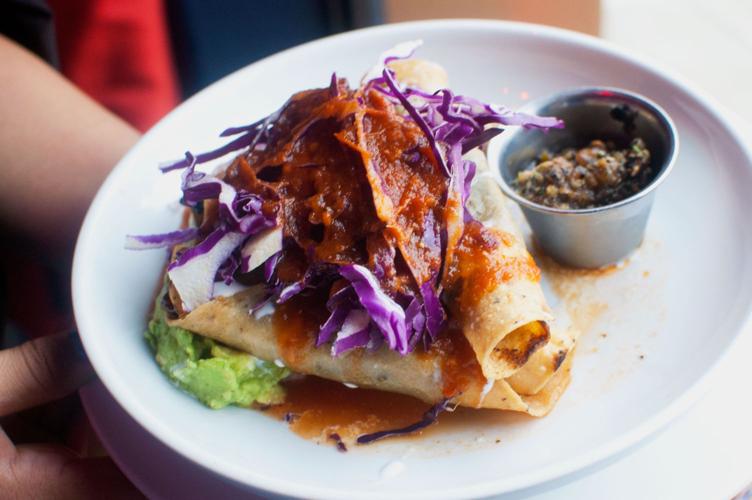 You can still get Elvira’s rolled chicken and cuitlacoche tacos at their Tubac restauran. 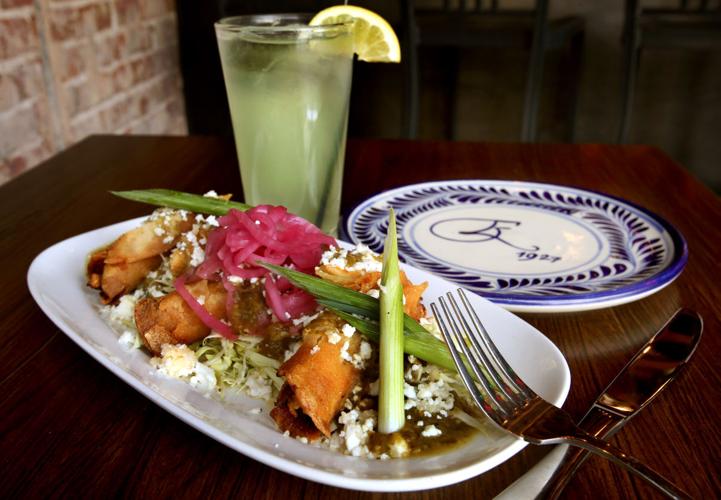 One of the fan favorite dishes at Elvira’s was the chorizo and goat cheese taquitos plate, with house salsa verde, pickled onions and queso fresco. 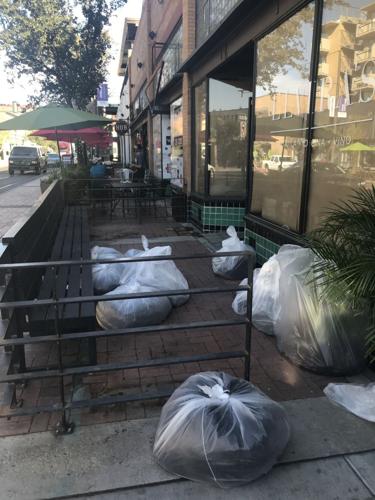 Rubn Monroy Jr.has permanently closed his downtown restaurant Elvira’s due to COVID. He and his crew were at the restaurant on East Congress Street Wednesday cleaning it out. — Credit: Andi Berlin

Rubén Monroy Jr. has permanently closed his downtown restaurant Elvira’s Tequila, Cocina & Vino due to COVID-19. He and his crew were cleaning out the restaurant on East Congress Street on Wednesday.

You can still get Elvira’s rolled chicken and cuitlacoche tacos at their Tubac restauran.

One of the fan favorite dishes at Elvira’s was the chorizo and goat cheese taquitos plate, with house salsa verde, pickled onions and queso fresco.

Rubn Monroy Jr.has permanently closed his downtown restaurant Elvira’s due to COVID. He and his crew were at the restaurant on East Congress Street Wednesday cleaning it out. — Credit: Andi Berlin

Rubén Monroy Jr. surely didn’t want to be spending his afternoon on Wednesday, Oct. 21, filling trash bags and loading up boxes from his downtown Mexican restaurant.

But after months of being closed due to the COVID pandemic and after coming to the realization that there was no way the ends would meet under the state-mandated social distancing protocols that cut his dining room in half, he was packing up Elvira’s Tequila, Cocina & Vino at 256 E. Congress St.

“The last straw, obviously, was the pandemic,” he explained late Wednesday in a quiet voice that masked any frustration that has built up over the months of not being able to operate his 4-year-old upscale Mexican restaurant. “The pandemic took a big hit on us. We closed in March. It was, for us, difficult to put all of the money together to reopen it.”

Monroy said he briefly gave takeout a try, but it cost him more to open the doors than what he was bringing in. So he turned his focus on the original Elvira’s in Tubac, which had long been a regional staple since it opened in Nogales, Sonora, in 1927.

When the state said restaurants could reopen their dining rooms in May, Monroy crunched the numbers. He had to reduce his seating by half, which he could possibly have made work. But with downtown theaters and venues closed — no symphony concerts, after-theater or concert crowds due to the pandemic shutdowns — Monroy didn’t see any way that reopening made financial sense.

“Obviously the downtown traffic went down and with all of the events canceled, the concerts, the conventions, that was very difficult because (the minimum amount) we have to make monthly to keep it open, we couldn’t make it right now,” he said, noting that the salaries for his two chefs, a mixologist, sommelier and wait staff would eat up any revenues he made with the reduced dining room.

“I didn’t want to close,” he said. “I really love this venue. But economically, until this year when we started to see black numbers, we were always in the red. For us, it was very difficult. Right now the way it is, we don’t have a big patio. We don’t have a parking lot. And those things hit us hard.”

With a target opening date before the end of the year, Flora's Market Run will include August Rhodes bakery and partnerships with a number of Tucson specialty shops including a florist.