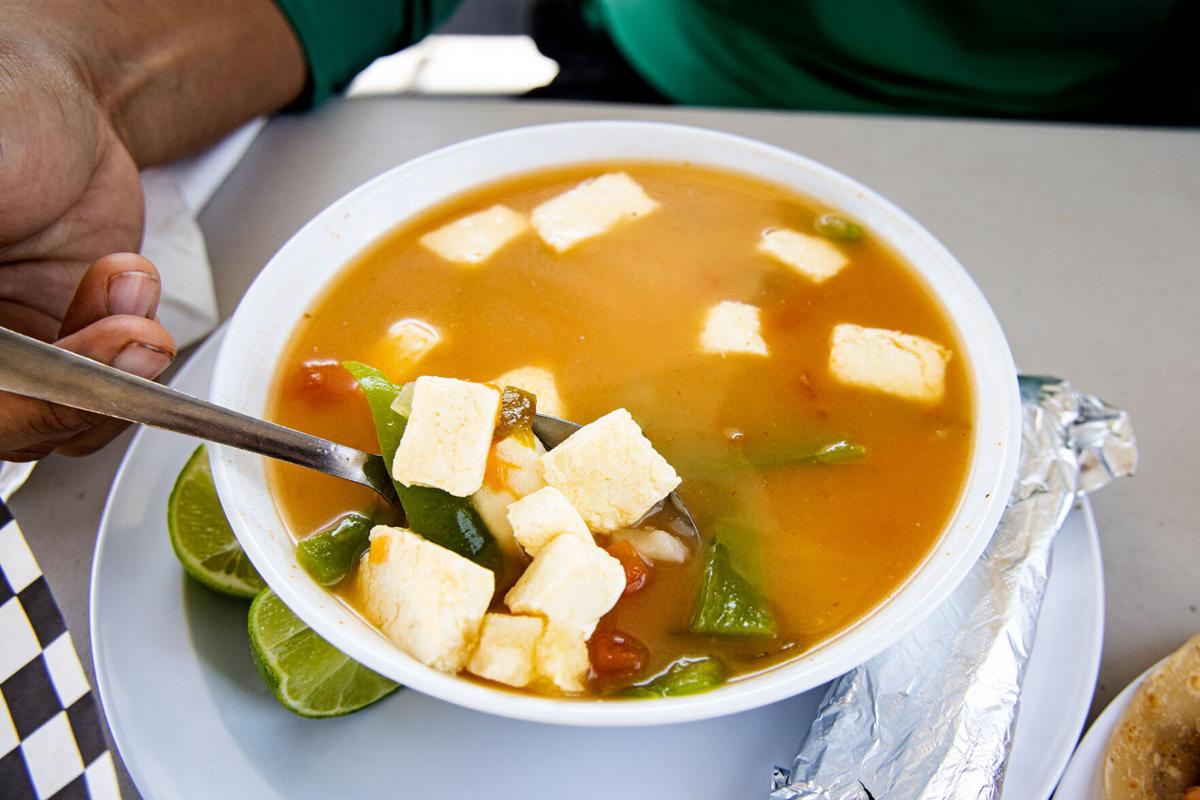 The new Toto's Tacos restaurant on St. Mary's Road has several soups on the menu, including this caldo de queso, $8.50. 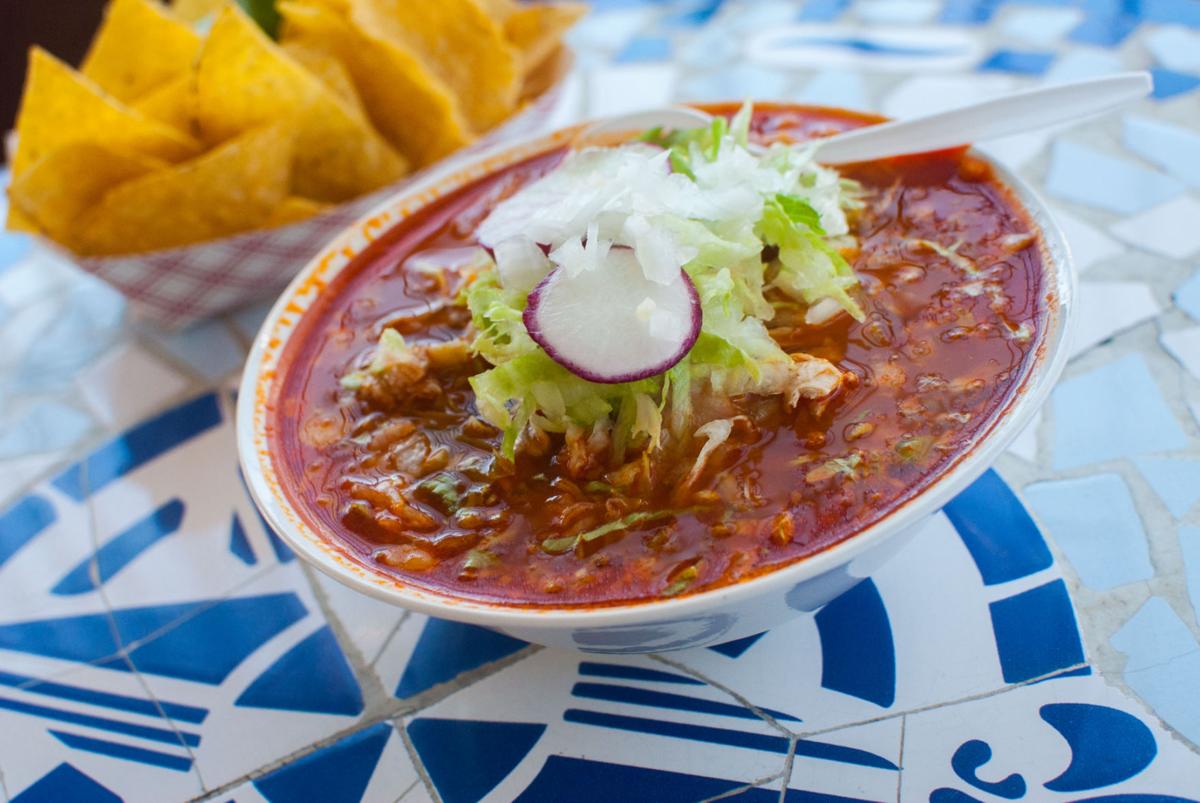 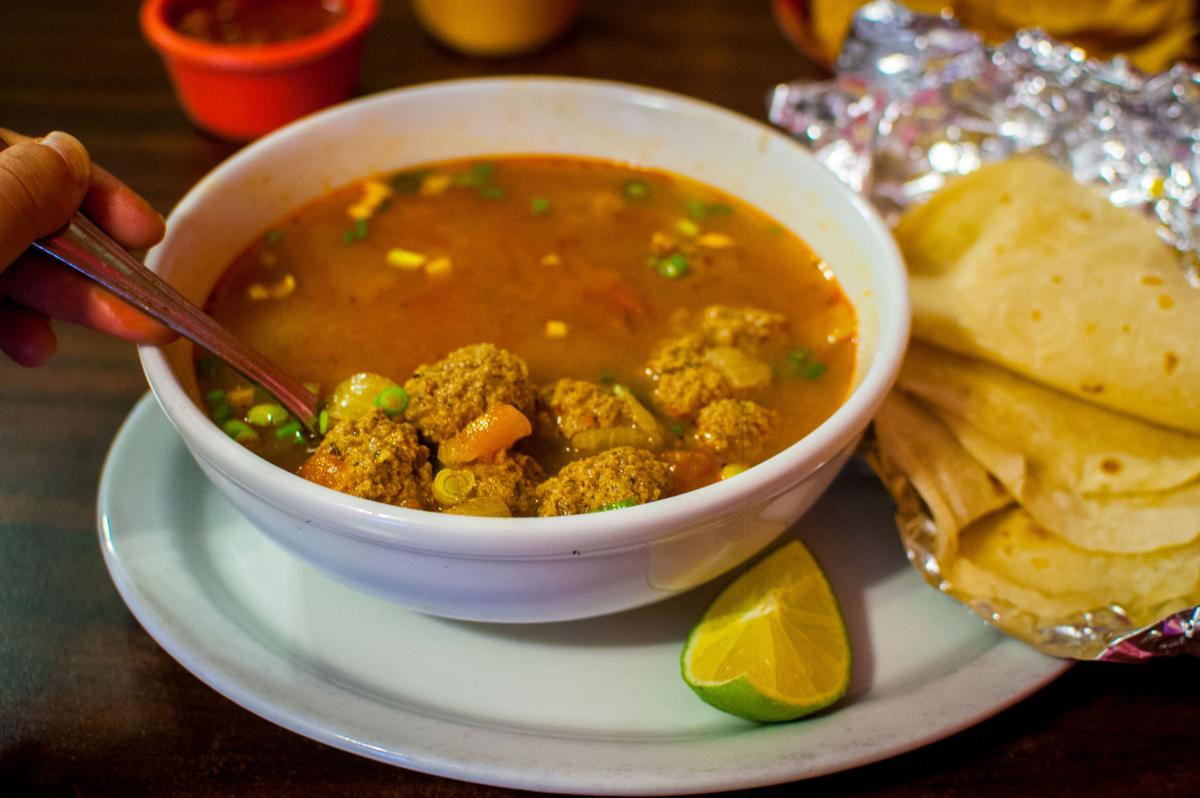 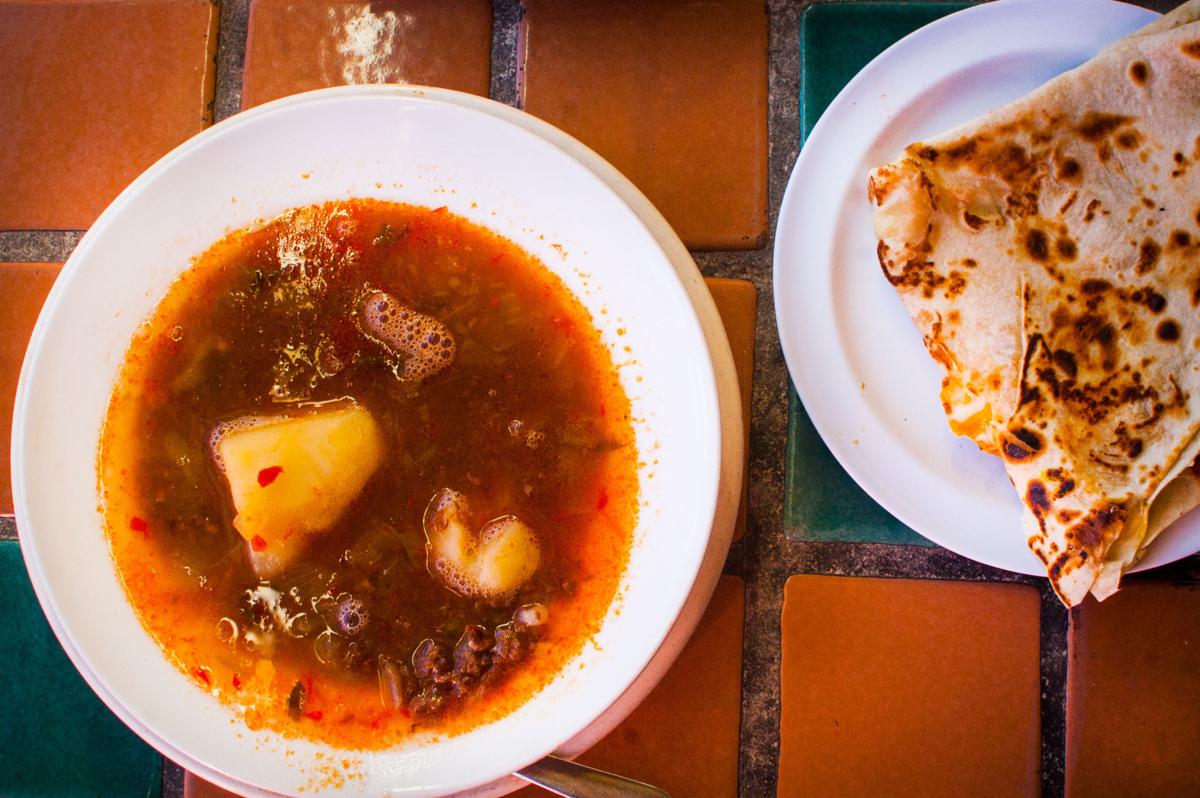 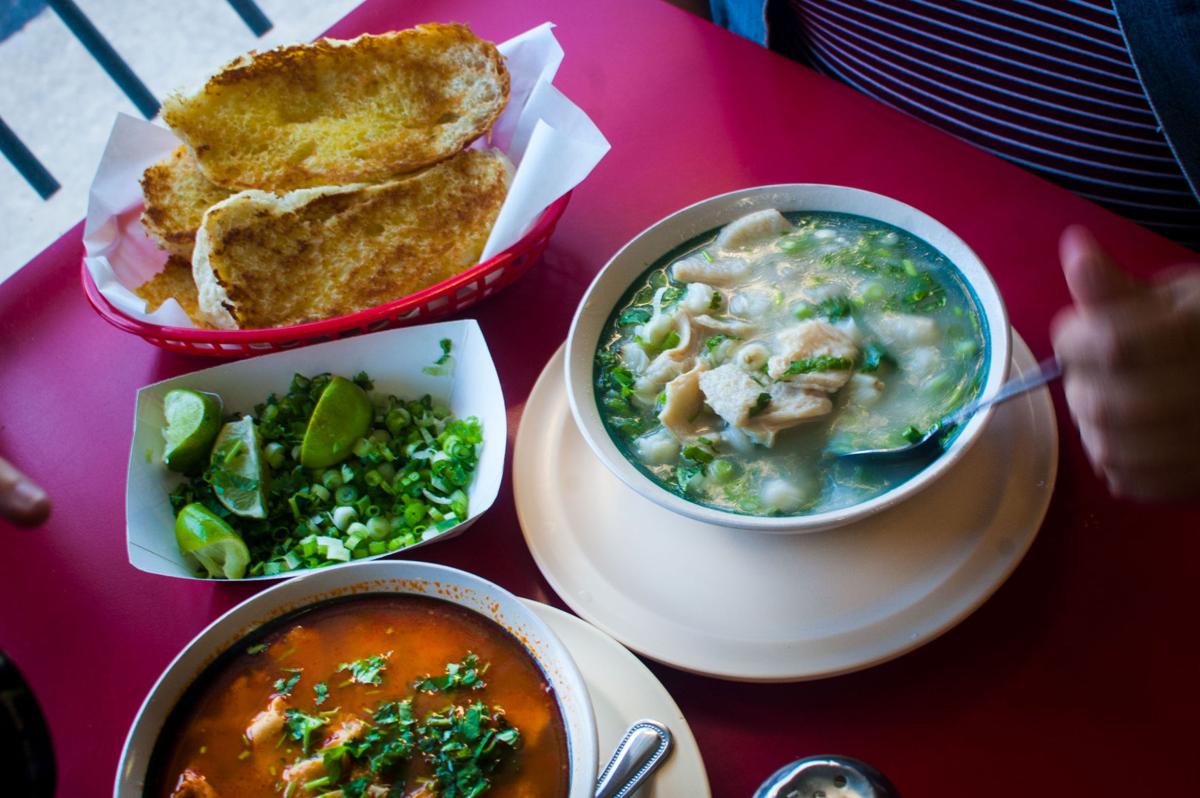 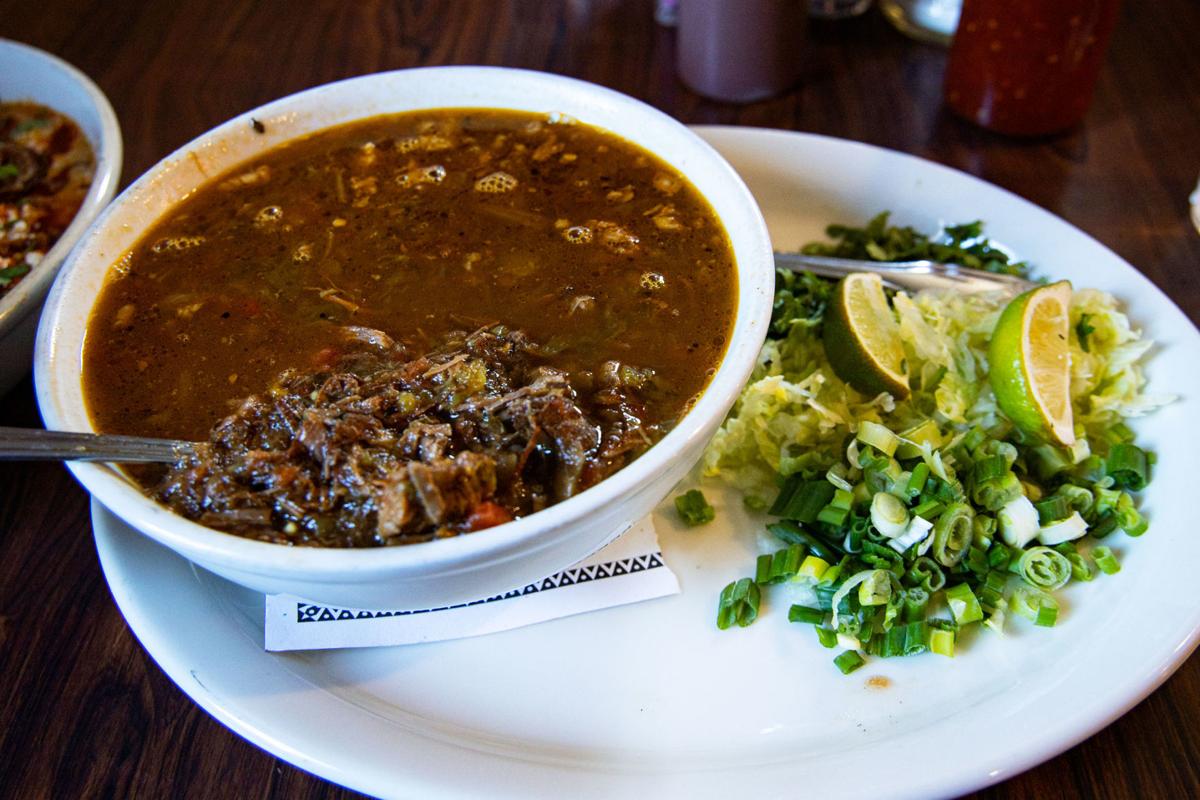 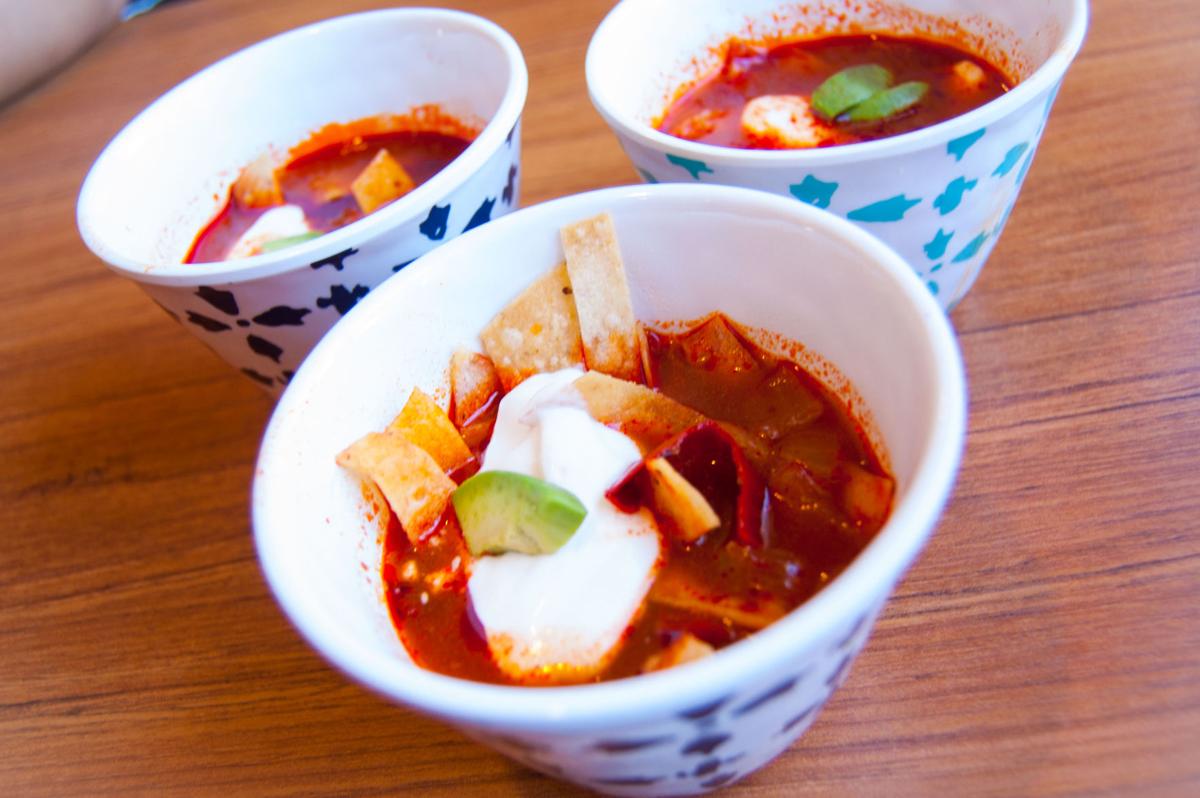 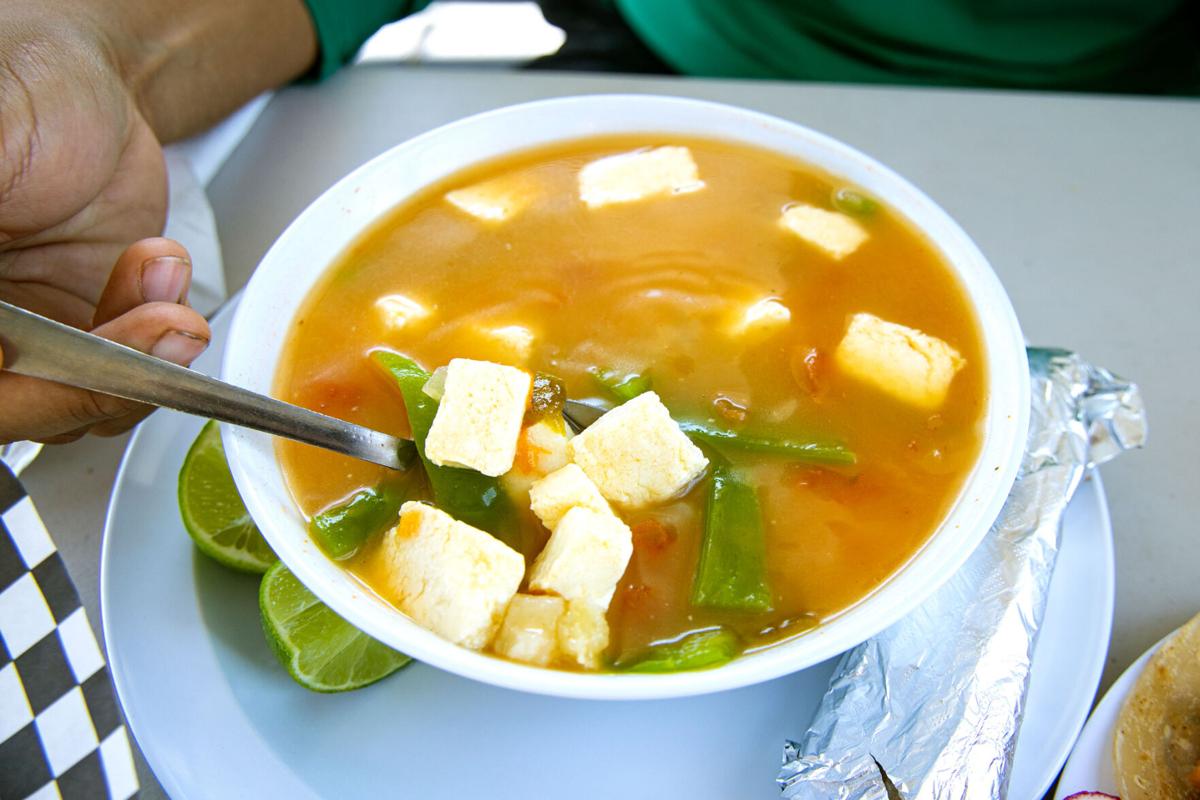 We all got up at 7 a.m. to make this menudo video for you. So watch it, por favor!

The Sonoran word for comfort might as well be caldo de queso. This cheesy potato soup is said to have been invented in Hermosillo, and is found on traditional Mexican menus throughout Tucson. Some do it brothy but the best arrive thick, with a molten layer of cheese cream obscuring some green chiles and seriously cooked potato chunks. The soup can be made with a variety of cheeses like casero or Chihuahua, but Toto's Tacos actually uses cubes of fresh mozzarella, which melt up nicely when you wrap them in a tortilla.

I admit I'd never heard of this Sonoran beef soup until I spotted it on the menu at downtown's El Minuto Cafe. Perhaps because it's so simple, it flies under the radar. Also called caldillo, the soup can be made with shredded beef machaca or in this case, its drier cousin, carne seca. Just some tomatoes, onions, peppers and potato, and you've got it. I'm not sure I'd suggest eating El Minuto's version as a full meal (the broth is so mild and unassuming), but luckily it comes as a lunch special with a quesadilla for $7.59.

The last time I ate one of these it was at a Chili's in Chandler, Arizona. (Around age 12.) But I'm surprised to find out that the Southwestern staple actually has prehispanic origins and is eaten throughout Mexico, often speckled with leaves of fragrant epazote. Tucsonans can get the soup at Benny's Restaurant, where the fried tortilla thickens the viscous chile-laden broth. Cups of the soup were offered complimentary during our last visit, and boy were they delicious. I do suggest seeking it out, and slurping it up.

This article was originally published Dec. 21, 2016

This isn't for the weak.

Want some tamales for Christmas? 5 local places to call ...

We asked restaurants and our favorite tamale people what they're selling this year.

Don't get the carne asada, try their specialty

Pay your respects to David Bowie with this epic drink, the Space Oddity.

Get some pecans and make these Mexican Wedding cookies tonight!

It was difficult leaving these long enough to take the picture.

See how your favorite pies stack up on our flavor breakdown.

5 Tucson brunch spots to show your mom you care

Make this your go-to list next time you're having trouble deciding.

Brrr, all the cold weather foods to eat when Tucson gets chilly

From winter ramen to hunter's stew. Let's eat all the hearty stuff!

Eat your feelings with this list of 9 Tucson comfort foods

No matter who wins, there will still be food. Steamy bowls of pork posole and cheesy cast-iron eggs from The Cup Cafe. And lasagna. Oh man, lasagna ...

Speedway has become a corridor for awesome Japanese and Korean food. And Fourth Avenue is waking back up after a six-month slumber, with three new restaurants this month. So many options in the Old Pueblo!

Multiple posts on social media at about midnight Friday into Saturday showed a fire at a popular restaurant in South Tucson, Micha's Fine Mexican Food.