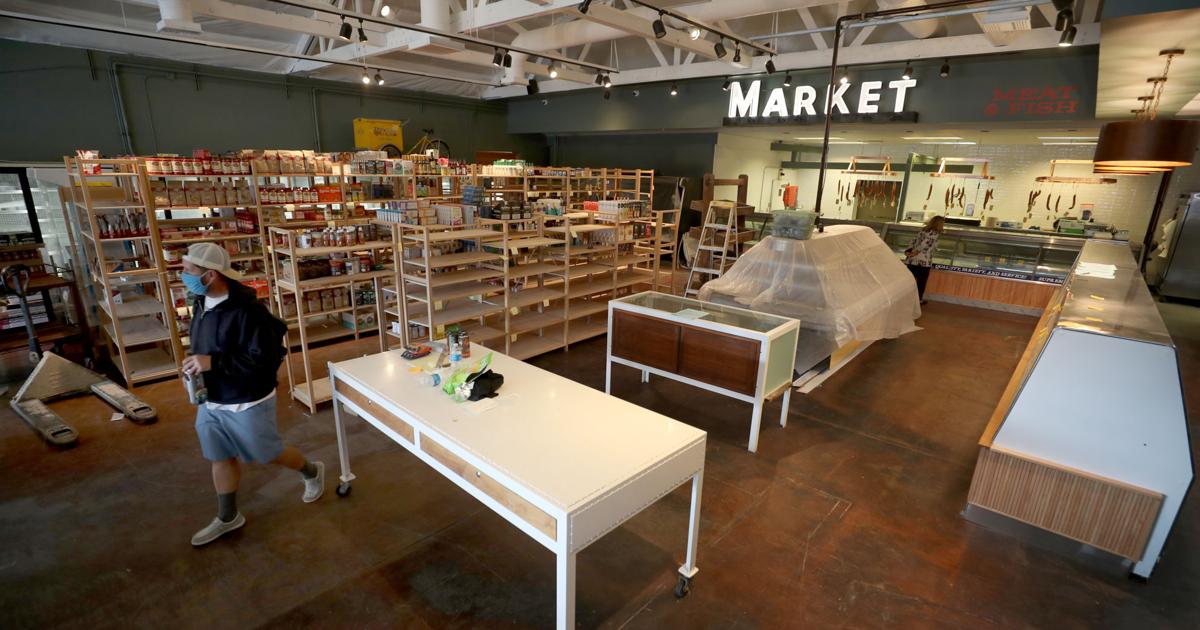 Flora’s Market Run announced last year that it was moving into the former Rincon Market spot on Sixth Street at Tucson Boulevard. The neighborhood grocery store will also feature wood-fired pizza and a butcher shop.

Flora’s Market Run announced last year that it was moving into the former Rincon Market spot on Sixth Street at Tucson Boulevard.

Finishing touches are underway in the 12,000-square-foot space, which will also feature wood-fired pizza and a butcher shop. The new concept is owned by the partners behind Prep & Pastry and Commoner & Co. and should be open in the coming weeks.

The retail center where it’s located is one of three developments recently purchased by Tucson developer Ross Rulney which also included the retail strip on the south side of Sixth Street, across from Flora’s and two office buildings on either side of Tucson Boulevard, both north and south of Sixth Street.

Rulney has no plans to make changes to the properties, to which he was drawn because of the area’s history.

“I’m incredibly excited about this iconic project and plan to hold the property long term,” he said.

It could also be a place frequented in the future by the new residents of Rulney’s Benedictine Apartments, 800 N. Country Club Road — formerly the Benedictine Monastery. The first phase of the project is expected to open for leasing by the end of July, with project completion in October.

Information for Tucson Real Estate is compiled from records at the Pima County Recorder’s Office and from brokers. Send information to Gabriela Rico, grico@tucson.com

The Delta will occupy the former Downtown Kitchen + Cocktails space at 135 S. Sixth Ave. with "libation and culinary thrill ride."

New Eegee's will have walk-up window, separate drive-thru for drinks

The south side location will feature a walk-up window, traditional drive-thru and a separate drive-thru specifically for frozen drinks only.