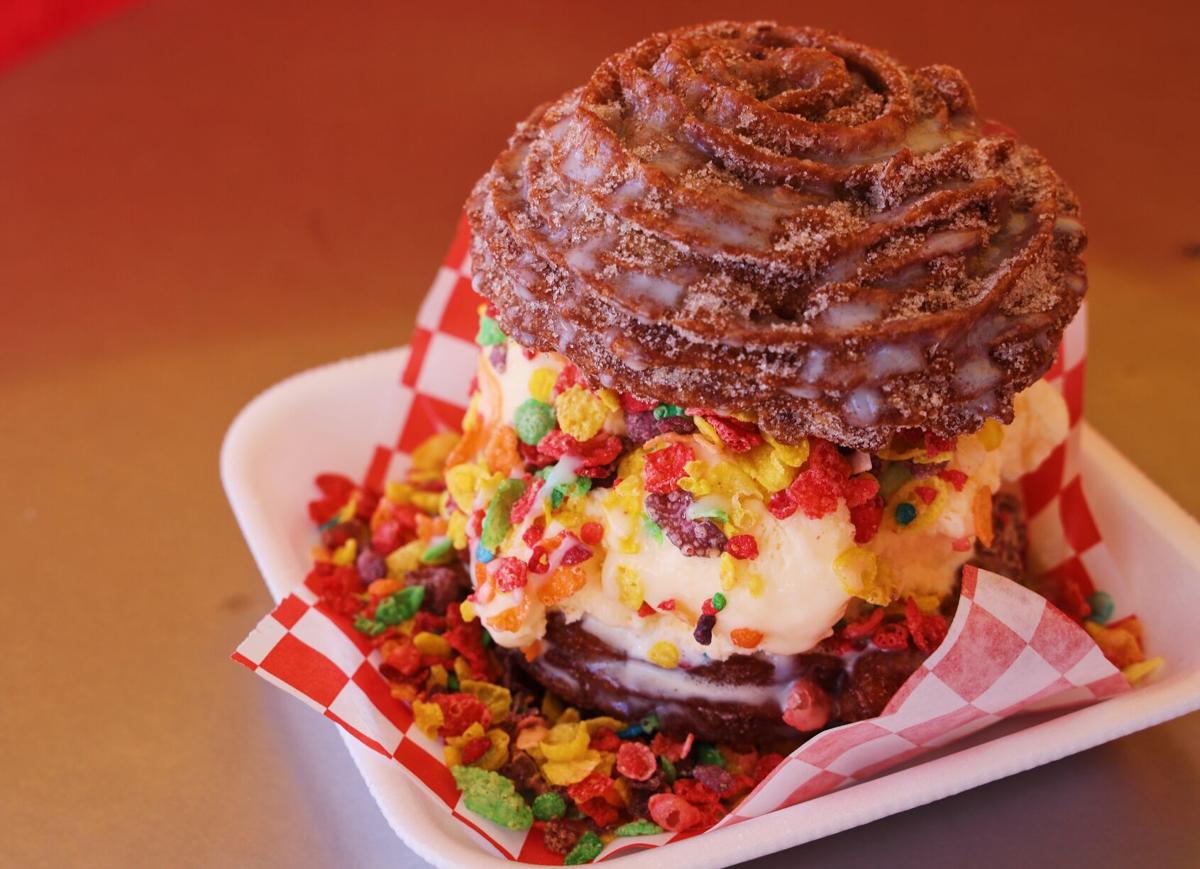 You can find this churro ice cream sandwich at Deliciocho located on Nogales Highway near Valencia Road. 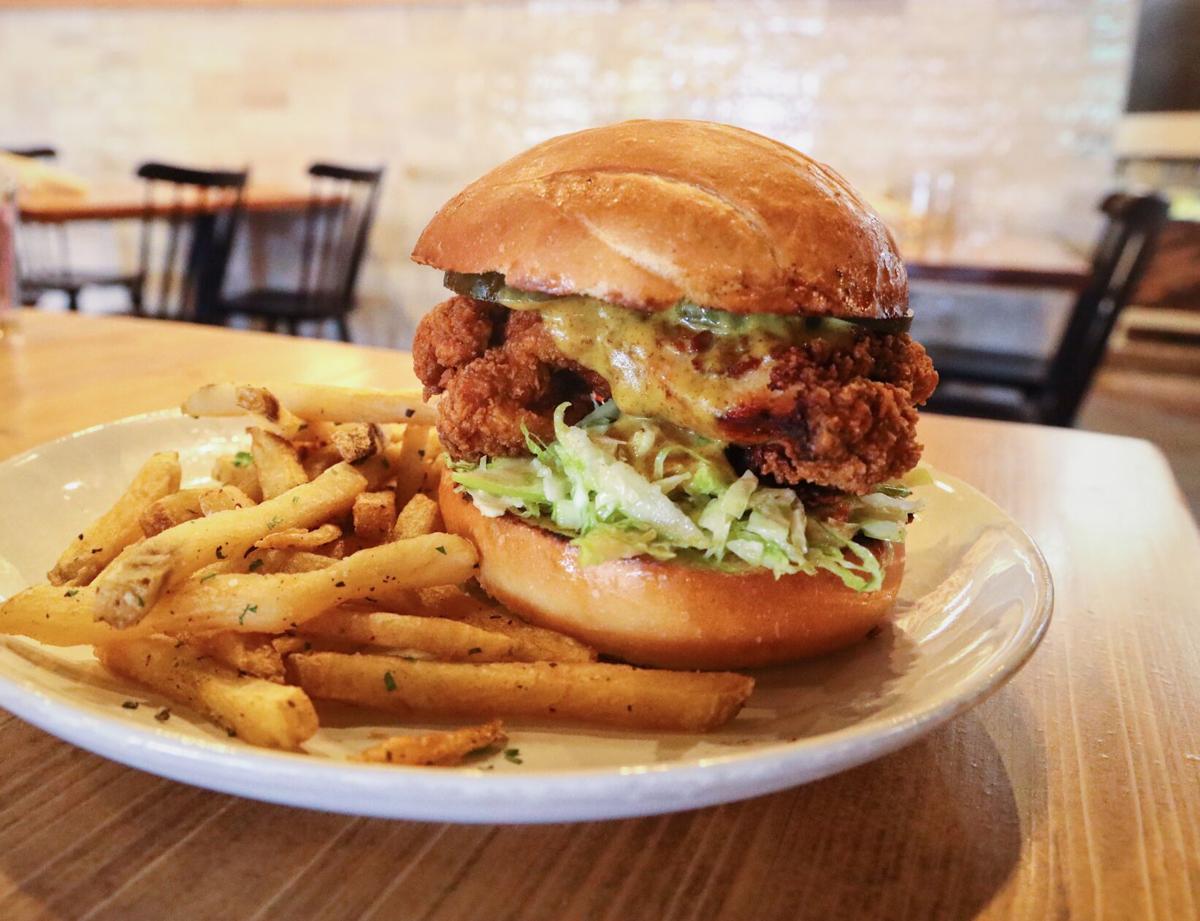 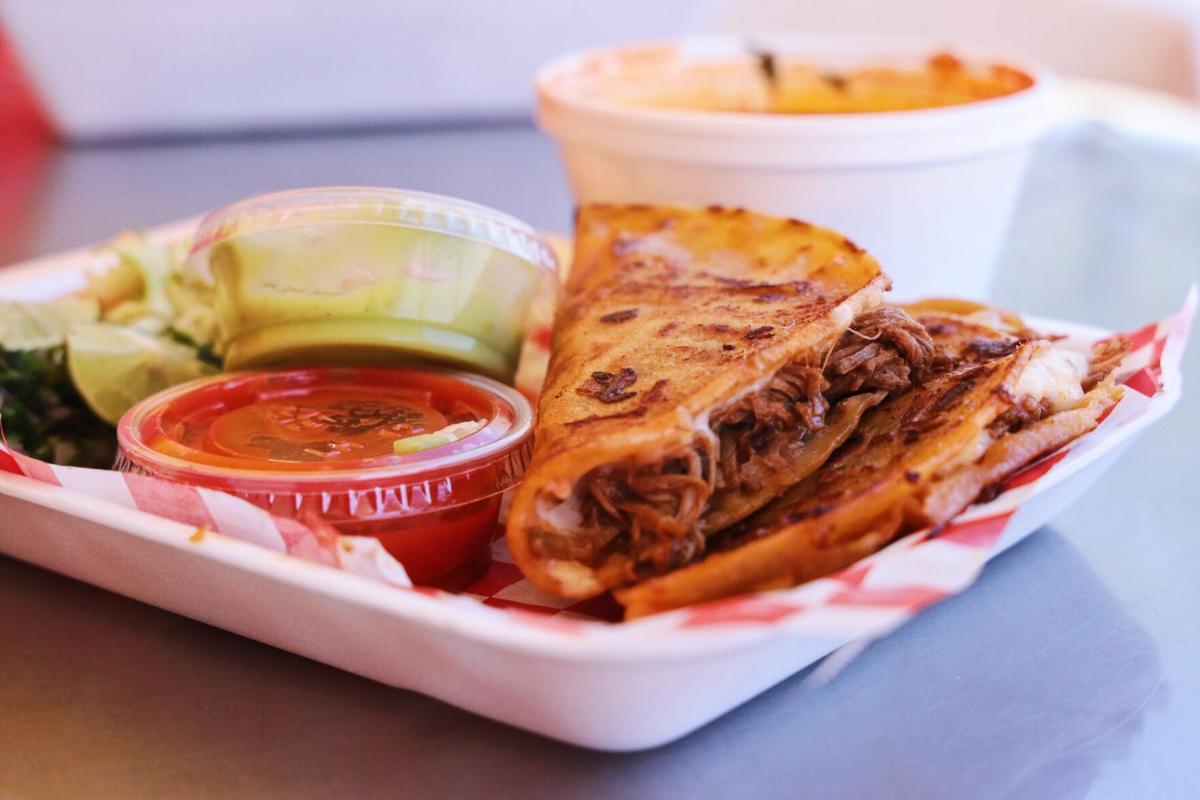 Beyond raspados and other desserts, Deliciocho has lots of birria options. The bird at Deliciocho is made with a family recipe. 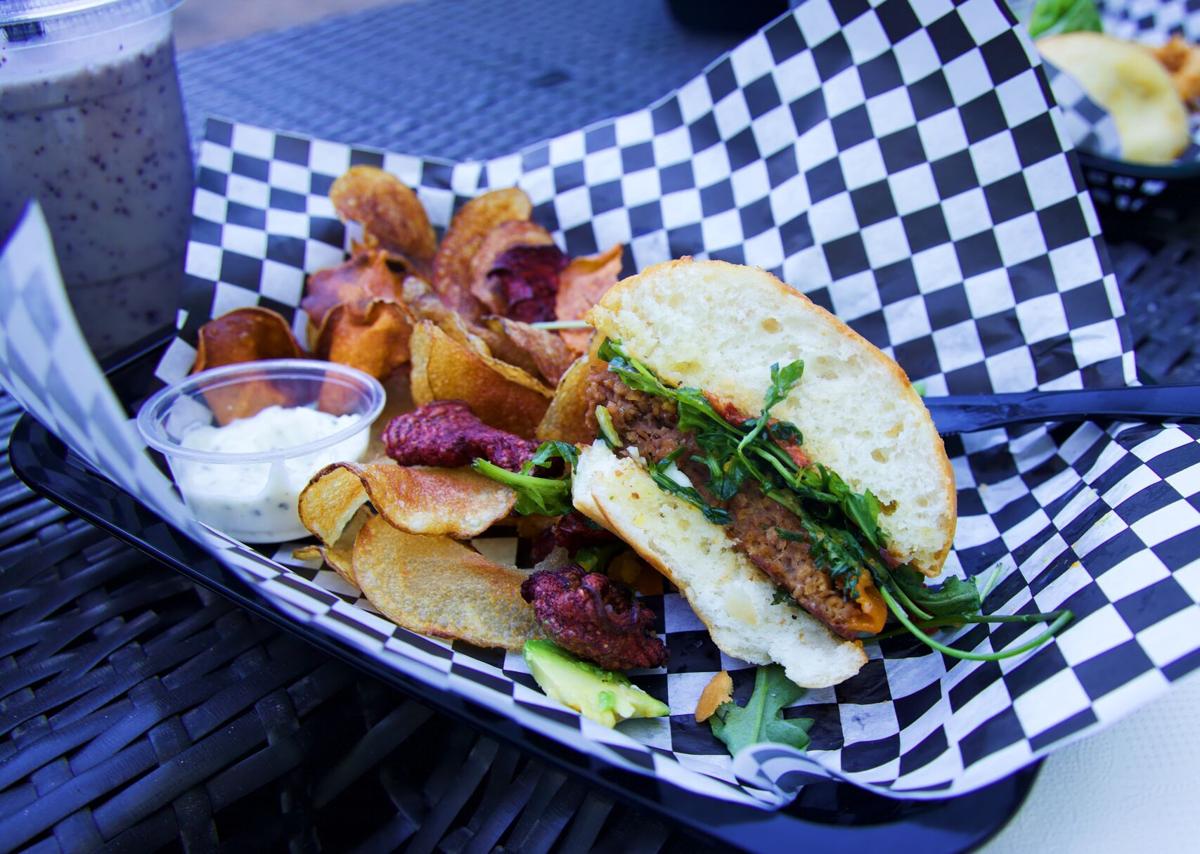 Pictured is half of the V-Licious Vegan Burger and veggie chips from Fullylove's, 340 N. 4th Ave. 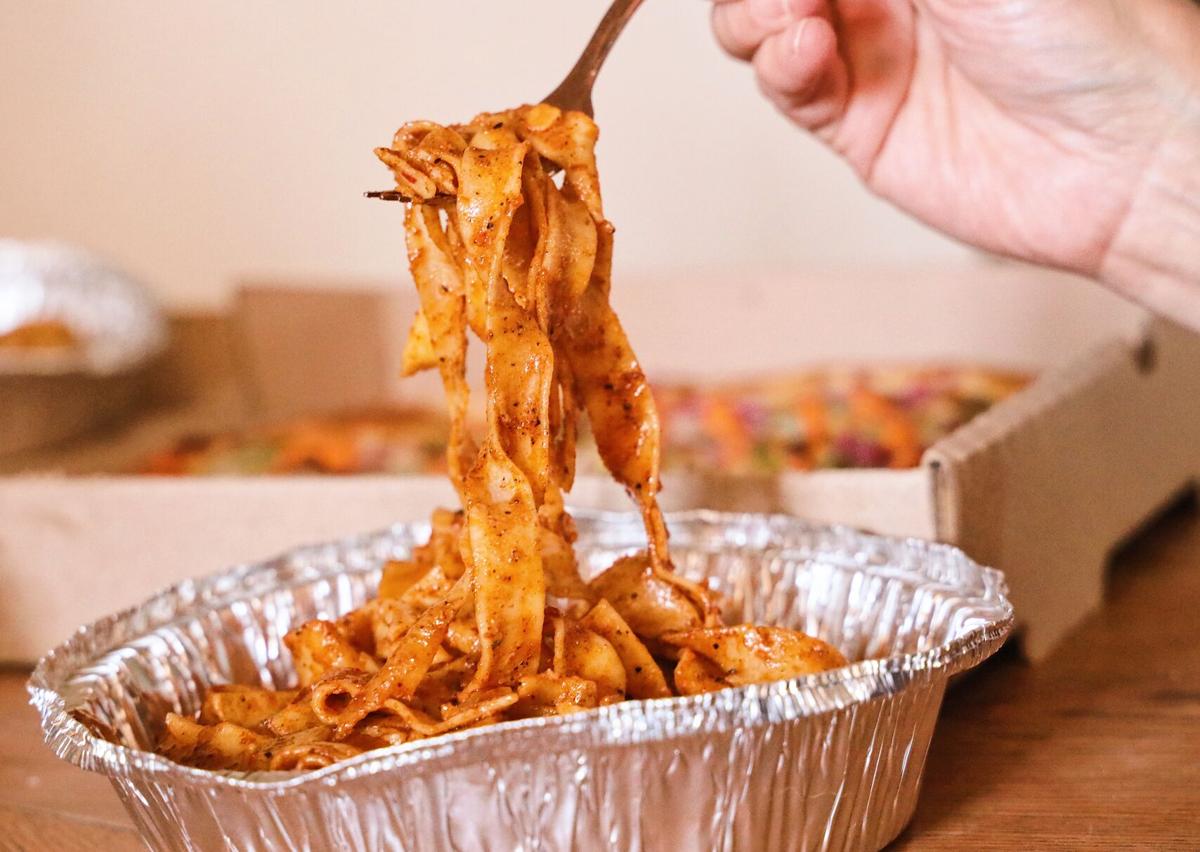 Pictured is Alfredorado, which has a guajillo chile and garlic cream sauce, from Zio Peppe at 6502 E. Tanque Verde Road. 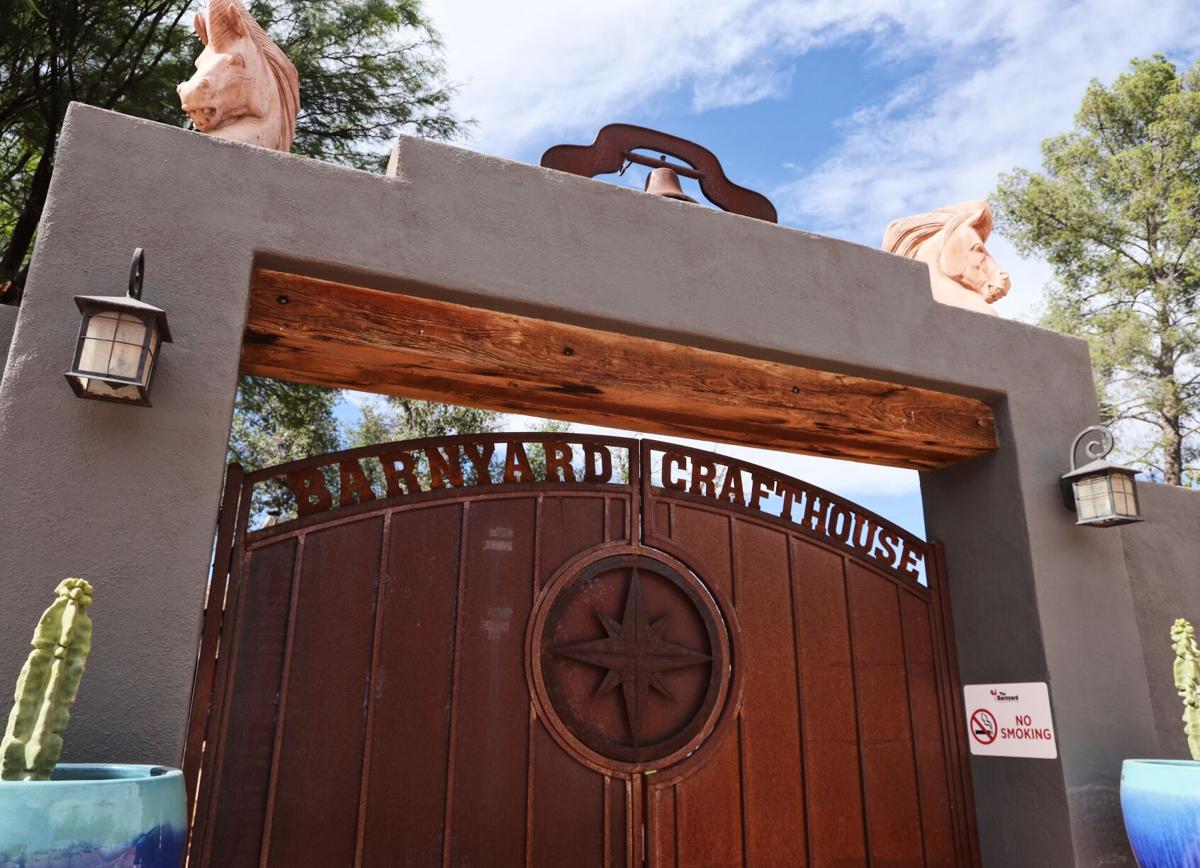 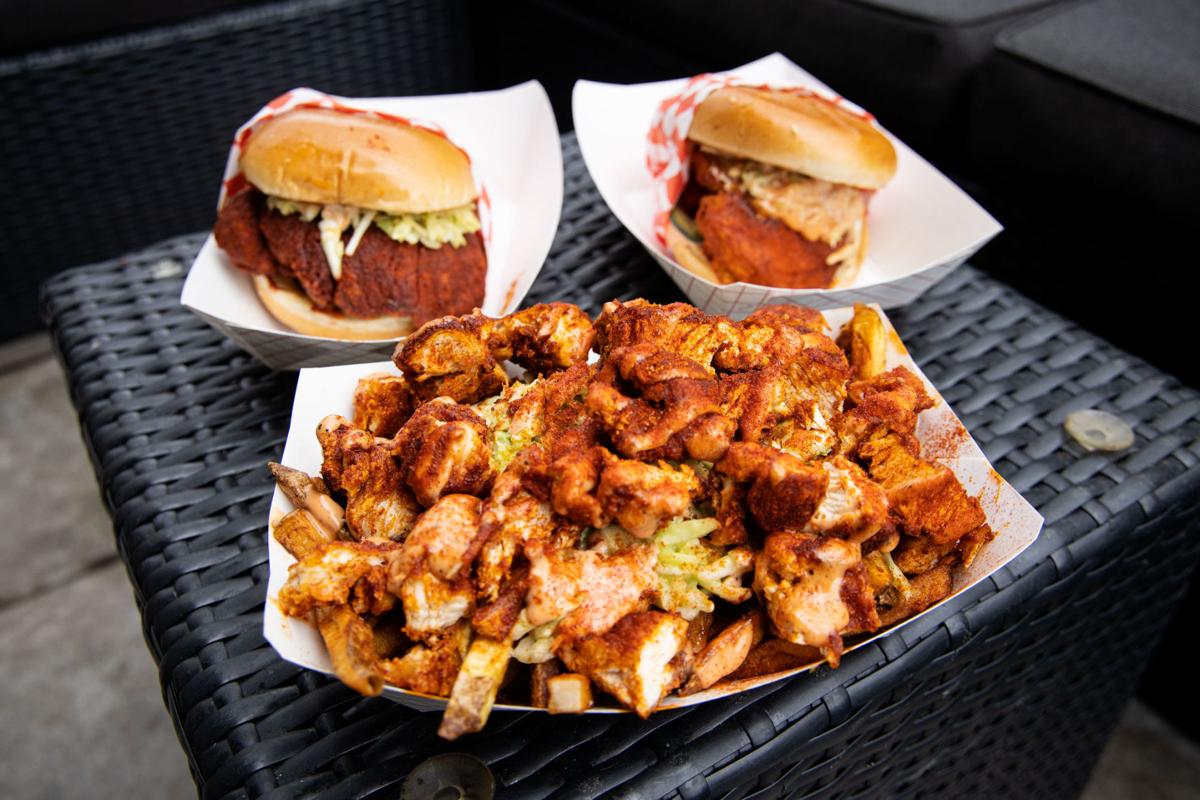 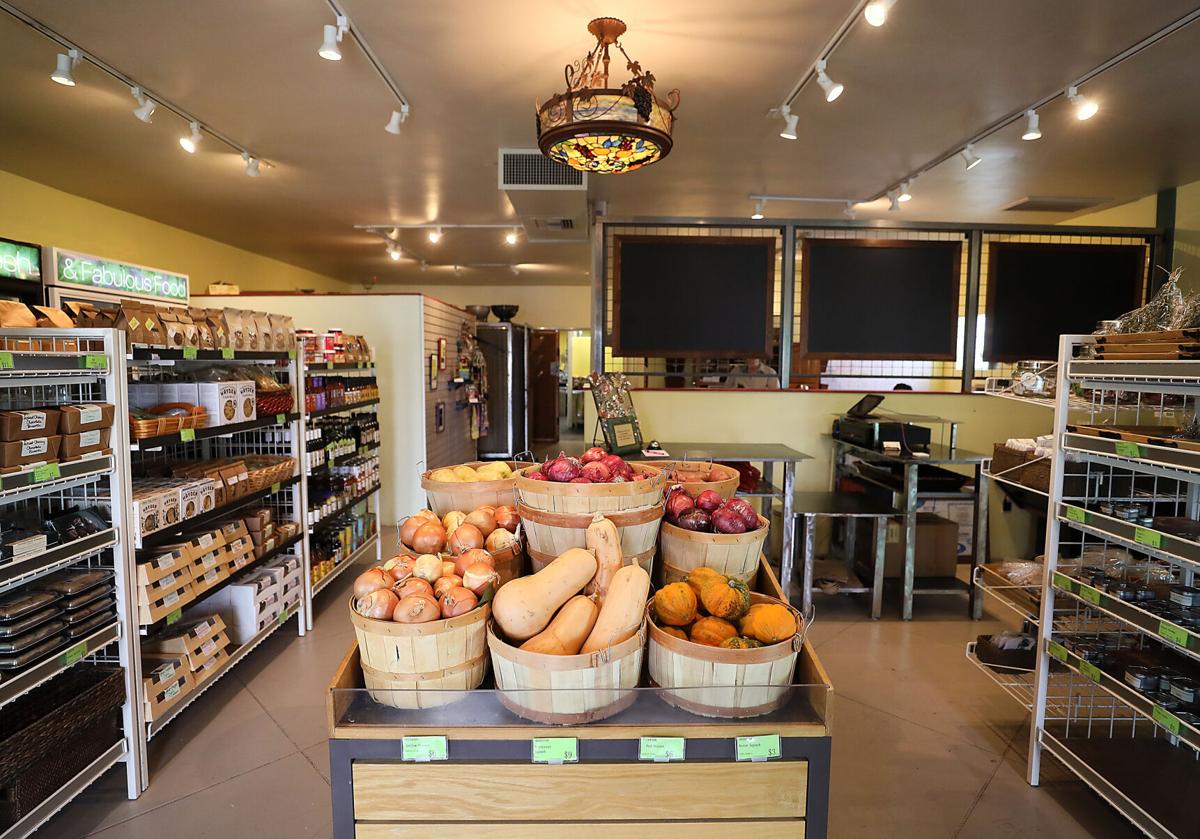 After the closure of Café Botanica at the Tucson Botanical Gardens, Kristine Jensen decided to redesign her warehouse space and open the Gallery of Food Bodega, 2522 E. Fort Lowell Road.

In the last couple of months, Tucson has welcomed a new raspado shop, a quaint coffee shop in the historic Pima County Courthouse, a marijuana-friendly restaurant and a handful of spots to get wood-fired pizza.

Below are 11 spots that opened in recent months 🍔🍕

Located on Tucson's far east side with a large outdoor dining space, The Barnyard is serving American fare such as burgers and sandwiches, plus pizza, salads, and entrees such as filet mignon and glazed halibut.

Beyond the raspados, the shop sells birria tacos and desserts with its churros made from scratch.

Five-To-Oh! Coffee is located in a small space in the recently renovated historic Pima County Courthouse — right beneath the iconic dome of the building.

"We love Tucson and we love coffee," the shop says on its website. "We aim to bring these two things together in a way to express our admiration for the '520' into a product we get to handcraft every time just for you."

The menu includes coffee (of course), plus daily snack options.

After a highly anticipated wait, the restaurant at Flora's Market Run is finally open for brunch and dinner, with a menu that includes huevos rancheros, shrimp tartine, wood-fired pizza, housemade pasta, lamb and steak.

The space, which was previously home to Rincon Market, also houses a full market in addition to the restaurant.

One of Fourth Avenue's newest eateries is Fullylove's, a marijuana-friendly restaurant that also shares space with puff-and-paint spot Arte Bella, which is similar to the "bring your own booze" paint concepts.

The restaurant comes from Chef Anthony Fullylove, who previously worked at Prep & Pastry and Commoner & Co., with a menu that includes burgers and munchies, plus vegetarian options.

Although it technically opened quietly last fall, the new Gallery of Food Bodega is set to host its grand opening on Sunday, June 20. The store offers locally-sourced meat, produce and other goods.

The bodega began with Kristine Jensen, who started offering grab-and-go meals and groceries online during the COVID-19 pandemic, eventually leading her to create a bodega space of her own.

Maria Bonita Mexican Kitchen actually opened 20 years ago near North Oracle Road and West Rudasill Road. Coupled with construction in the area and the 2009 recession, the restaurant closed in 2011.

Now 10 years later, the restaurant is back with a menu that includes Mexican favorites such as enchiladas and tacos, plus mariscos and steak (which was added to the menu for the customers who miss Cody's Beef 'n Beans, which used to occupy Maria's current spot).

The restaurant is in its soft opening currently but is hosting its grand opening on Sunday, June 20.

Known for its spicy chicken sandwiches, Pop's Hot Chicken has gone from a food truck to a space in local food court American Eat Co. to its first standalone location.

Sakari Sushi opened in midtown's Campbell Plaza recently, with a menu of — you guessed it — sushi.

The restaurant's website says they "pick ingredients carefully and use only the freshest and natural ones to prepare every dish."

Emerging from what started as a food truck more than a decade ago, Taqueria La Esquina now has its own brick and mortar. Owned by the same family behind El Merendero and Restaurante Y Mariscos Sonora, the taqueria is influenced by flavors found in Tucson and Los Angeles.

The taqueria's menu features one section dedicated to traditional tacos and another dedicated to elevated tacos such as surf and turf and bacon-wrapped shrimp. Co-owner and general manager Alejandro Bohon says the ingredients are sourced locally, such as tortillas from Alejandro's Tortilla Factory and meat from local carnicerias.

The family also hopes to offer cocktails and is currently building a bar, which Bohon expects to be finished in the next few weeks.

The restaurant is owned by Mat Cable, who also owns Fresco Pizzeria and Pasteria, and Devon Sanner, who has worked with Chef Janos Wilder of the now-closed Downtown Kitchen + Cocktails for more than a decade.

For two Saturdays in June, Tucsonans can snap a photo with Hub Ice Cream's vintage truck and post it on social media. In exchange for a screenshot of the post, Hub is offering a free scoop of ice cream.

Four places to get dazzling glitter drinks around Tucson ✨

Just when we thought the glitter drink craze may have passed us by, we found there are still a few dreamy options that exist at Tucson tea shops, a lemonade stand and a confectioner.

The longtime Tucson DJ will receive the award at ceremonies in Nashville in October.