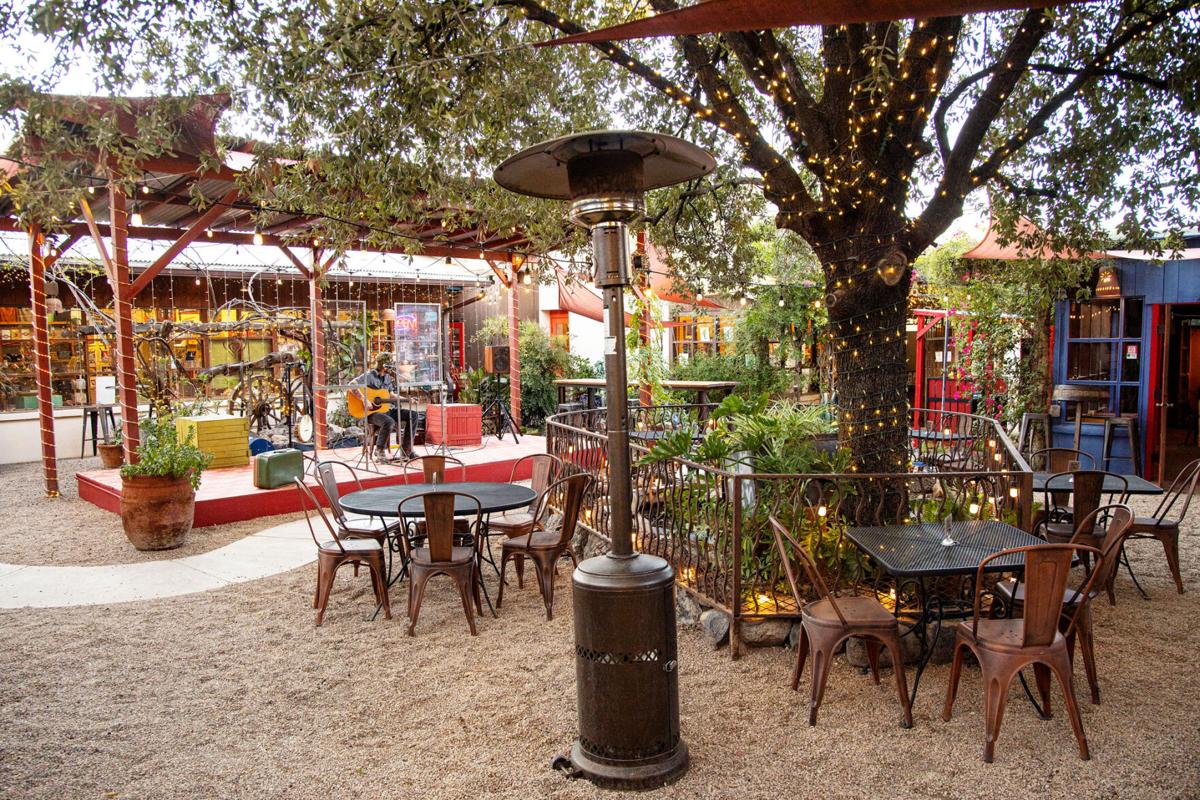 The courtyard at La Cocina, now called LaCo, is one of the finest outdoor eateries in Tucson. 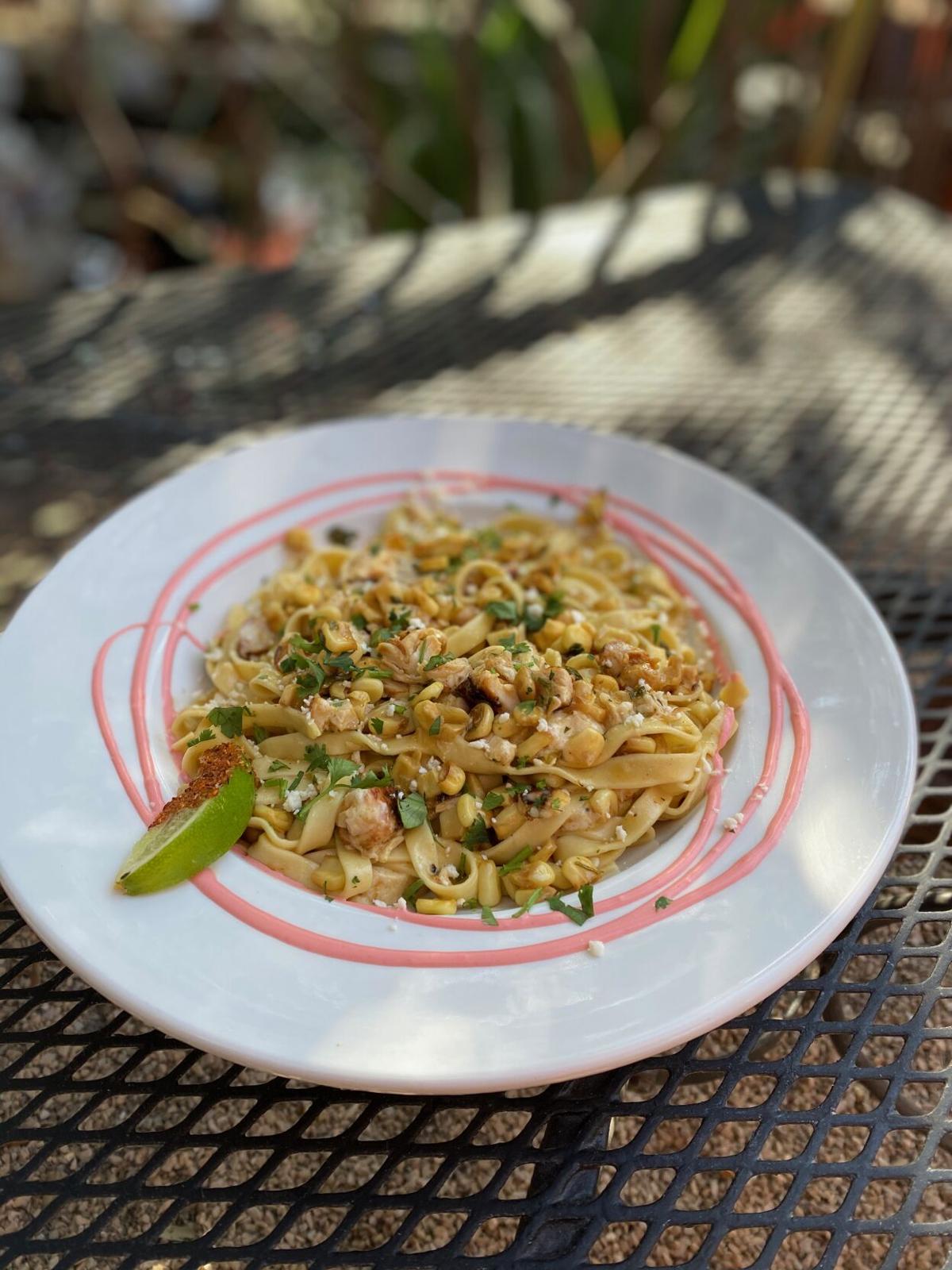 In many ways, La Cocina was meant for a time like this. The historic Presidio District property is a lush outdoor space filled with colorful old buildings and a towering oak tree rising up from an antique turtle pond. The open-air space feels like the iconic Tucson hangout, equipped to weather the pandemic and all the unseen challenges ahead.

Yet when quarantines hit in March, Jo Schneider and her two sons Ben and Eli decided to temporarily close all of their family businesses, with safety as their highest priority. For months, the family worked together with growing  organizations like Food Not Bombs to provide free meals to displaced service industry workers across Tucson. The group used Ben's restaurant TallBoys as a home base, distributing food to about 8,000 families, Ben said.

"From floor to ceiling, there was food in TallBoys, and they would get it out every week. So many people got fed because of them. It’s huge," he said. "They were ordering through our US Foods account. I would pay the bill and they would pay me back through donations ... It felt good that I could give back by giving them space, but they pulled off an amazing feat."

LaCo Restaurant & Cantina is back OPEN at the Old Town Artisans complex!! They’ve been closed to the public since March, but not completely. They graciously provided approximately 4,200 free meals for out-of-work food and drink industry workers for the past 6 months through the “Feeding Those Who Feed Us” program - proving what we already knew this downtown gem represented and what their new moniker, LaCo, stands for: Love and Community. 🥰 Join LaCo every Thursday, Friday and Saturday night 5-10 p.m. for socially distanced, outdoor dining under the stars ✨ and Saturdays and Sundays 9 a.m.-3 p.m. for @tallboys_af brunch takeovers! YES- TallBoys is downtown and we love it!!! LaCo has an amazing group of local musicians lined up for ya Thursday-Sunday. Head to LaCoTucson.com for menu updates and reservation inquiries. Don’t forget your mask or face covering and let’s continue to be safe while supporting local businesses 😷 Photos thanks to LaCo. ✨ 🌵 🍽 🍲 ❤️ 🌃 🍻 #DowntownTucson #Tucson #Arizona #TucsonAZ #TucsonArizona #downtowntucsonaz #whyilovewhereilive #thisistucson #igerstucson #igersaz #instagramaz #igsouthwest #southernarizona #southernaz #tucsonlife #azlife #az #tucsonphotographer #azphotographer #downtownlife #photooftheday #visittucson #visitarizona #downtown #downtown🔥 #downtowntucsonpartnership

And now as Tucson swings into patio weather, the Schneider family is working together to reopen its downtown jewel, La Cocina. But with a few changes. First off, they're renaming it to LaCo, which stands for Love and Community. Ben said that when Jo took over the business in 2010, her lawyer advised her to keep the previous name. But after 10 years, they're choosing a new name that still harkens back to the original, but reflects what Jo is all about.

The family has decided to consolidate operations and work together in one business, which is what they need to do to get through this pandemic, Ben said. Eli's business Bentley's, which is still going through renovations, will soon be managed by a former employee Chris Carlone, who is moving from New York to oversee the Speedway coffee shop. And while they plan to keep the TallBoys concept, its original location at 600 N. Fourth Ave. is being rented out.

Former food truck Pops Hot Chicken plans to move into the TallBoys spot by the first week of January, relocating from the southside food hall American Eat Co. This will be Peter "Pops" Yucupicio's first brick and mortar restaurant, and he plans to have a full bar with late-night hours for Avenue bar dwellers. (Note: Pops and I collaborate together on a local food podcast called Grubbers.)

Ben said that the TallBoys space was just too small to operate successfully during the pandemic, especially for something like brunch, which people don't usually take to-go. There were also hurdles that kept him from opening a substantial outdoor dining space, he said.

Fortunately, he's bringing the TallBoys concept to LaCo in the mornings. They're doing the full TallBoys menu, including those iconic TallBoys tots with the creamy pesto and the egg on top that I wrote about in my Nine best dishes of the decade list. Ben was able to retain much of his Tallboys staff, who will work mornings before the LaCo crew comes in for the evening shift.

While his brother works front of house, Ben has been in charge of reworking the vibe as well as the menu, which will soon include a new barbecue program utilizing the restaurant's outdoor grill. All of their meats will be grilled on mesquite and pecan wood, in full view of the customers. They're also adding some new dishes onto the LaCo menu, like the elote pasta with freshly-made tagliatelle from Ben's wife Carolyn O'Connor's business Ceres across the street.

Ben plans to bring in a regular stream of live music and lighter acoustic sets, with musicians separated by a plexiglass barrier on the stage. With the help of the Downtown Tucson Partnership, they also plan to close down Washington Street between Ceres and LaCo to make way for more dining tables. To keep everyone safe, Ben says that his staff plans to get tested once a week. And patrons are encouraged to make reservations ahead of time at LaCo's website.

"Our main goal is safety, keeping people comfortable and putting them in front of live music again," he said. "These times bring people together in new ways, and consolidating forces is the new way to go, because it’s so hard running a business right now."

Sip a Sonoran Sunset on the rooftop bar at the Graduate hotel, overlooking the city lights of Tucson. Or grab some juicy brisket to-go from Boulevard Barbecue. Whatever you do, it's gonna be a great weekend!