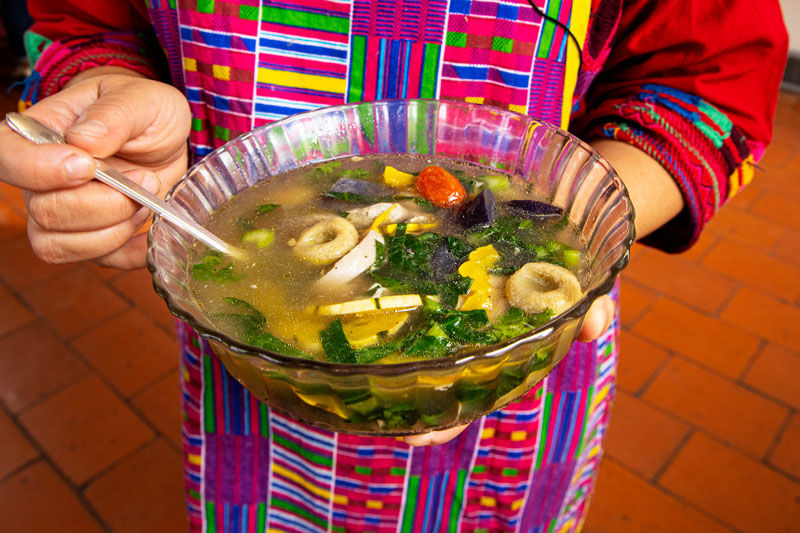 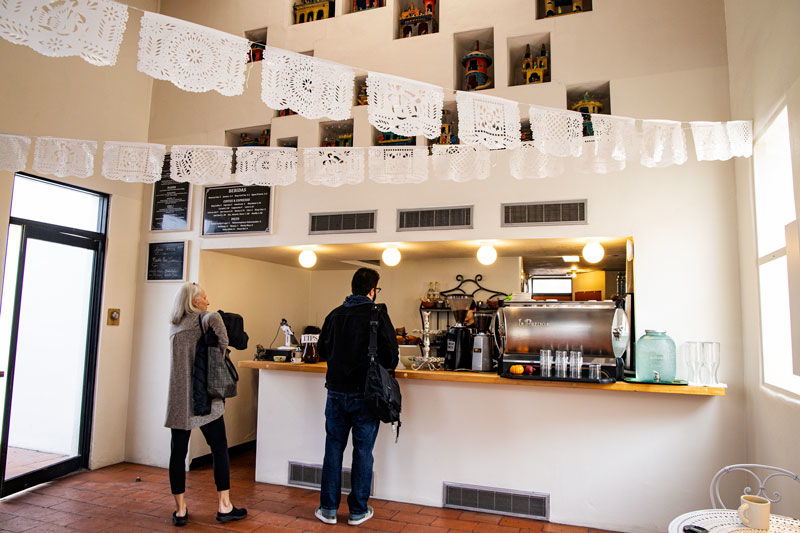 The small cafe is tucked into the back patio of The Coronet. You order here and then take a seat on the patio or in the back room. 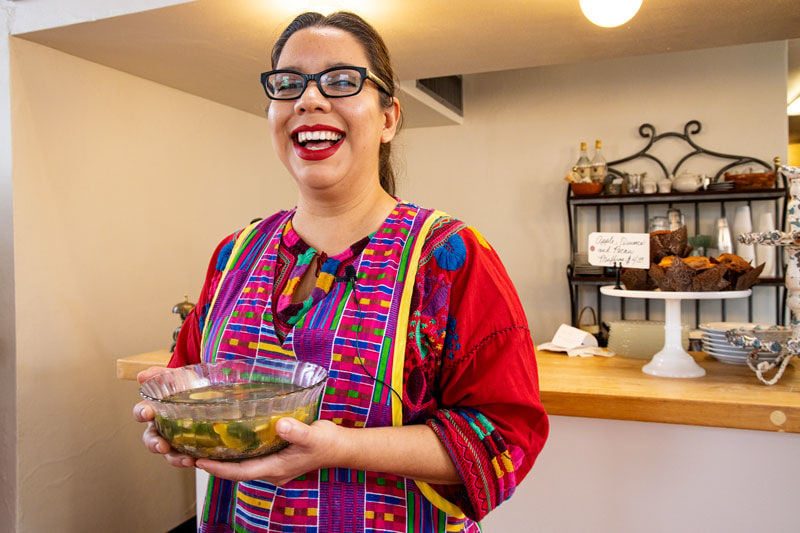 Chef Erika Bostick has previously worked for The Coronet and now heads up the kitchen at its sister restaurant Fonda la Hermanita.

There's not much of a sign, so you may wander into Fonda la Hermanita through the parking lot. There's a short breezeway and suddenly you're in a striking Spanish-style courtyard, all white-washed adobe and leafy green citrus trees.

The quaint cafe is tucked back behind the chic bistro The Coronet, which recently moved into the historic Cushing Street building near the Tucson Convention Center. The rustic adobe dates back to the 1860s, and boasts a leafy patio that was once used as a residential backyard. Named after the family-run "fonda" restaurants of Mexico City, Fonda la Hermanita feels almost like a European sidewalk cafe; a place to leisurely sip some espresso and enjoy a fancy pastry.

Chef Erika Bostick has created a small but colorful menu that showcases the fresh produce of Southern Arizona. Since the tiny kitchen doesn't have a flattop, she craftily prepares scrambled eggs using a sous vide machine and serves an array of "platos" like fresh corn masa gorditas with baby greens and black bean spread.

Her dishes are essentially Mexican, but there's one thing on the menu that feels like a bit of a hybrid. It's called the "caldo de pollo con chochoyotes," a long name with a direct but delicious intention. It's basically Jewish matzah ball soup, but made with corn masa dumplings instead of matzo meal dumplings made from unleavened bread.

Bostick said she got the idea while traveling through the Southwestern Mexican state of Oaxaca, where she encountered a corn masa dumpling called the chochoyote. The classic Oaxacan dish "Mole Amarillito con Chochoyotes" includes these chochoyote balls in a tomato-based mole paired with chicken. Each ball has a dimple in the center almost like a thumbprint cookie, which helps the dumpling pick up the rich mole sauce.

"(The dent) provides an even cook for the dumpling so that it's completely cooked on the outside and on the inside at the same time. And it's a really sweet whimsical shape," Bostick said.

On a brisk morning like this, it’s good to know that we have the perfect meal of caldo de pollo con chochoyotes. We start with a simple yet rich cage-free chicken stock full of fresh local herbs and garlic. Then we add local seasonal vegetables that we get from @pivotproduce network of local farmers. Last but not least the chochoyotes (corn masa dumplings) are simmered gently and crown the perfect bowl of our healthful and delicious soup! @tortillasby_che_west provides us with amazing naturally flavored masa to make our dumpling even more delicious and special! So very grateful to the food community that makes food like this possible!

For her dumplings, Bostick uses a time-honored secret of Jewish grandmas across the world: chicken schmaltz. This rendered fat gives the dumplings that characteristic buttery flavor and loose texture of the original matzah ball. Even though they're made from fresh corn masa, you get that same sensation of pure, pillowy bliss. It's kind of surreal, actually.

As for the soup, Bostick may just one-up your grandma. She prepares her broth from scratch using free-range chicken and fresh garlic supplied by Pivot Produce's network of local farms. Traditional matzah ball soup recipes include celery and carrots, but Bostick uses a full medley of colorful vegetables including puprle potatoes, delicata squash and fresh chard. Because she uses high-quality chicken, the broth tastes clean but also more complex in flavor than your typical boxed or even homemade variety.

Now that all of Tucson's Jewish delis have closed down, it's gotten a lot harder to get a hot bowl of matzah ball soup, even during Hanukkah. But Jewish people have always been good at adapting to our surroundings. So this holiday season, may I suggest a new proverb: When life gives you corn, make masa ball soup!

9 Chinese restaurants making their own homemade noodles in Tucson

We've been eating noodles all week to bring you our top three restaurants in town.

4 little walks you can take around Tucson

Sometimes you just want to talk a little stroll and enjoy the world around you.