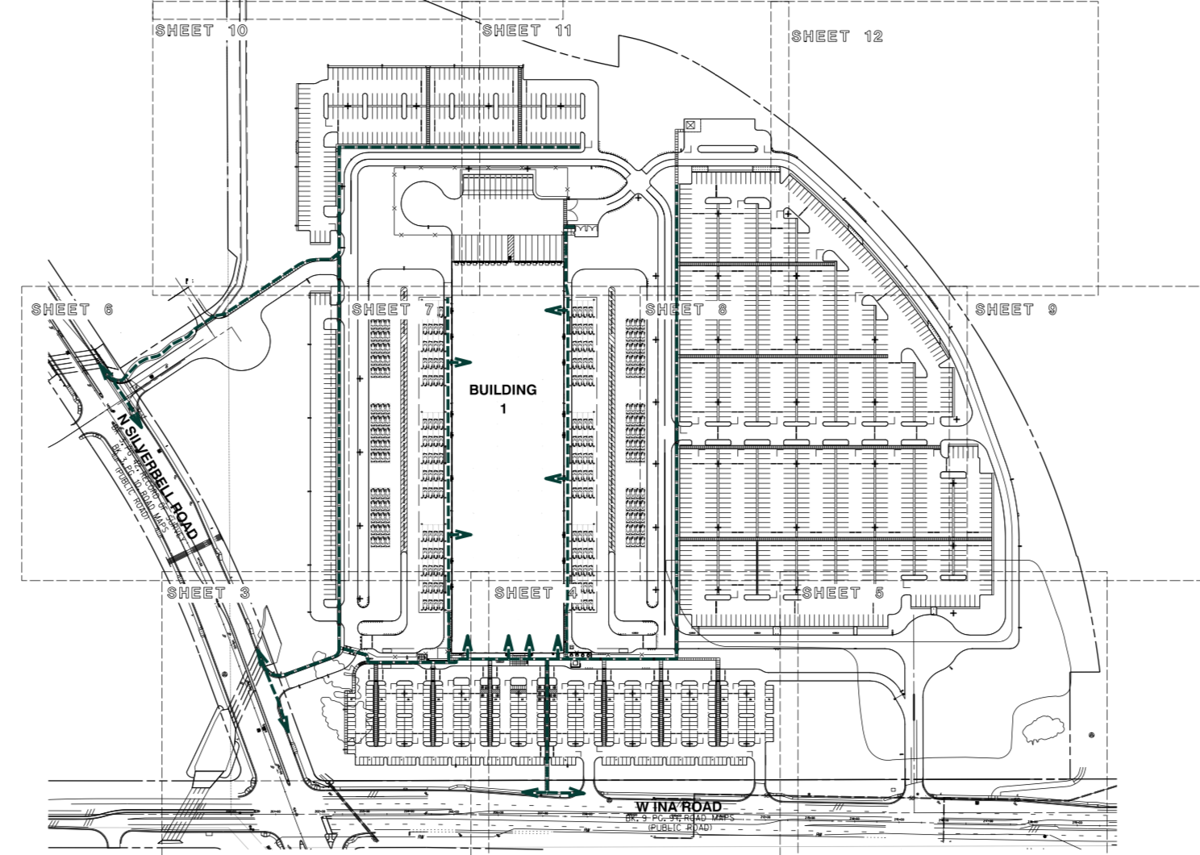 Plans submitted to the Town of Marana show the future layout of the Silverbell Gateway Distribution Center on Silverbell and Ina roads. Amazon has purchased the property. 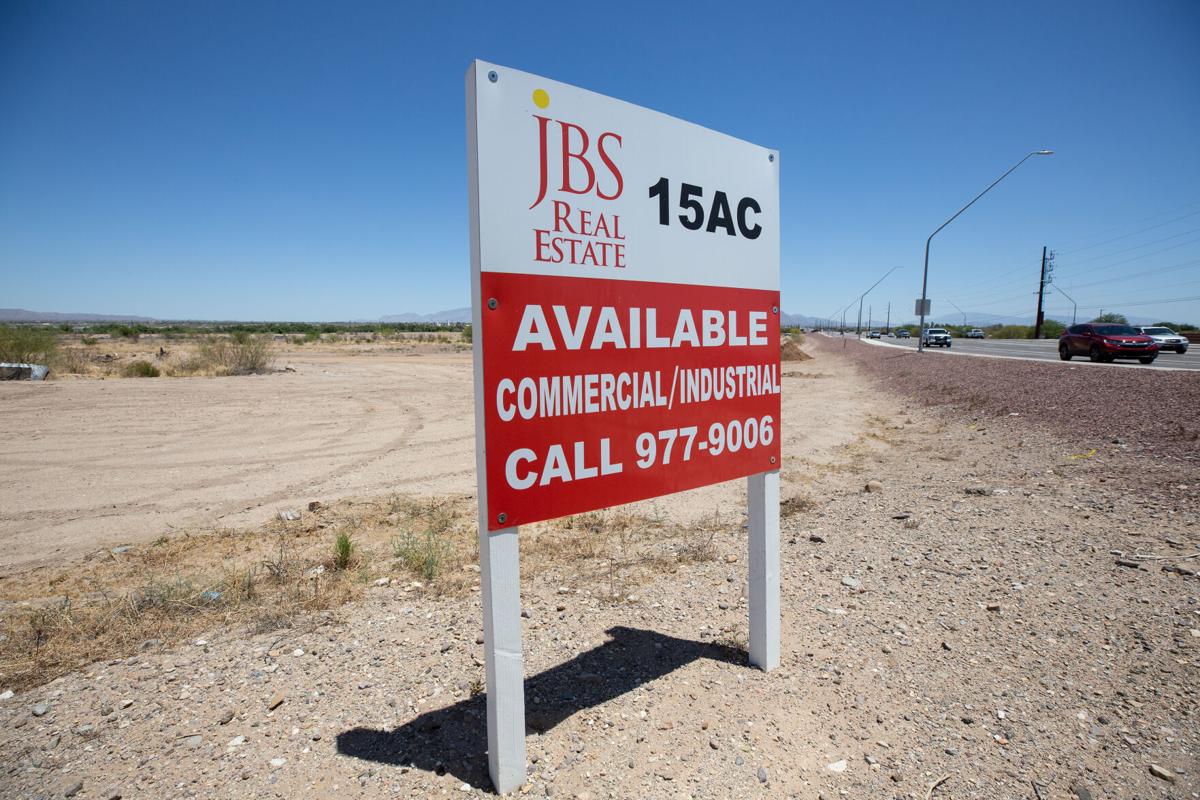 A large distribution center is planned for the northeast corner of Ina and Silverbell roads in Marana on May 7, 2021.

Amazon has purchased a 65-acre site in Marana where a distribution facility is being developed, creating hundreds of new jobs.

Documents from the Pima County Recorder’s Office show that Amazon.com Services LLC paid $7.1 million for the currently vacant site on the northeast corner of Ina and Silverbell roads. The seller was Shetland Properties Co. LLC.

Known as the Silverbell Gateway Distribution Center, plans for the site, that were submitted to the Town of Marana, call for a 45-foot-tall, 220,822-square-foot building with parking for 484 employee vehicles, and more than 1,200 spaces for delivery vans.

Because the zoning for such an operation is already in place at that site, the town’s council was not required to take action. Public records show the sale was recorded Sept. 9.

“Amazon is constantly exploring new locations and weighing a variety of factors when deciding where to develop future sites to best serve customers,” said Eileen Hards, a spokesperson for Amazon. “The site planned for the Silverbell Gateway is a delivery station that will create hundreds of full- and part-time jobs for the region.”

She said the company has invested more than $16 billion and created more than 30,000 jobs in Arizona since 2010, “and there are more on the way.”

“Our commitment is to be a good neighbor, assess how we can invest, create jobs and integrate well into the community,” Hards said.

This will be the fifth facility in the Tucson area for the online retail giant. A timeline for completion of the newest building has not been announced.

Another building is under construction near Tucson International Airport for sorting of packages that arrive via air cargo at Alvernon Way and Corona Road. The company also has a last-mile delivery hub near Interstate 10 and Silverlake Road; and an administrative office near Country Club and Bilby roads.

The number of workers for the new Marana station is not yet known but Amazon is currently hiring in the Tucson area with a starting pay of $15 to $17 an hour and bonuses for some positions.

Last month, the company announced it would add mini-fulfillment centers for same-day delivery orders around the country.

For Star subscribers: A manufacturer of walk-in coolers and freezers for commercial kitchens has selected Tucson for its new plant.