More than 1,400 crossers have been left by smugglers in remote areas near the Mexican border since Aug. 20. 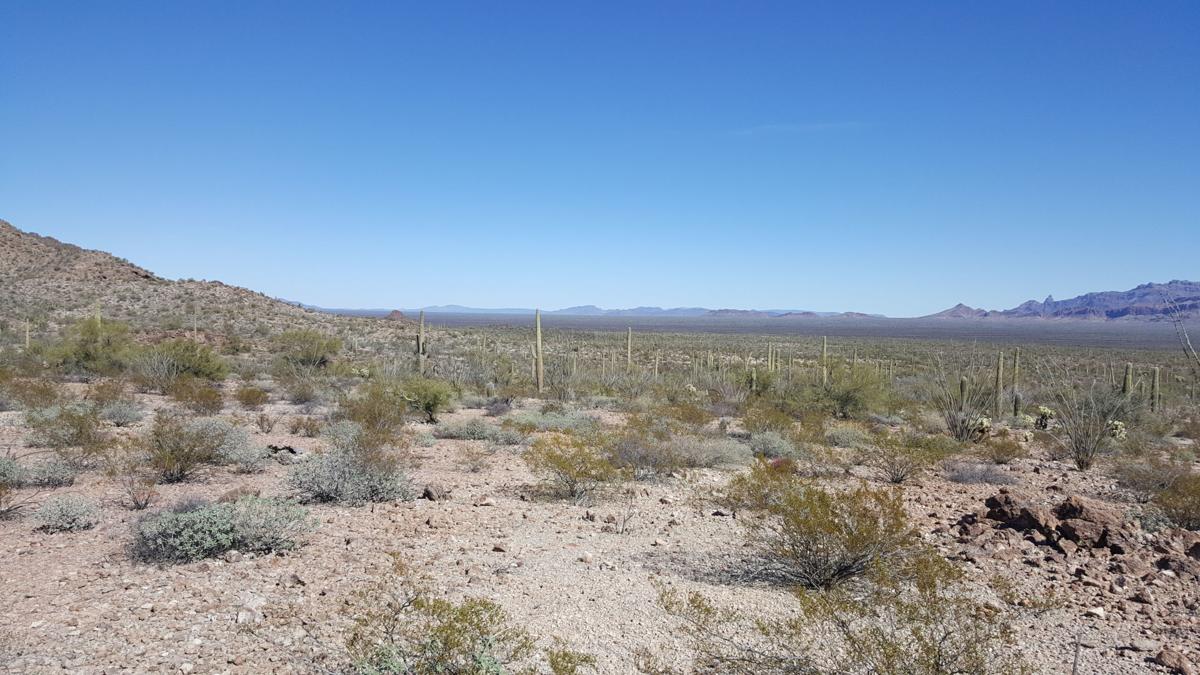 This undated image provided by Tucson Sector Border Patrol shows the desert terrain close to Arizona’s boundary with Mexico near Lukeville, Ariz. Large groups of Guatemalan and other Central American migrants have been abandoned in recent weeks. U.S. Border Patrol officials say the trend is putting hundreds of children and adults at risk.

More than 1,400 crossers have been left by smugglers in remote areas near the Mexican border since Aug. 20.

This undated image provided by Tucson Sector Border Patrol shows the desert terrain close to Arizona’s boundary with Mexico near Lukeville, Ariz. Large groups of Guatemalan and other Central American migrants have been abandoned in recent weeks. U.S. Border Patrol officials say the trend is putting hundreds of children and adults at risk.

PHOENIX — Smugglers in recent weeks have been abandoning large groups of Guatemalan and other Central American migrants in Arizona’s Sonoran Desert near the border with Mexico, alarming Border Patrol officials who say the trend is putting hundreds of children at risk.

Collectively, more than 1,400 migrants have been left by smugglers in the broiling desert — or in one case in a drenching thunderstorm — in remote areas by the border since Aug. 20. One group was as large as 275 people.

“We’ve seen large groups in the past, but never on this scale,” Tucson-based Border Patrol Agent Daniel Hernandez said. “It’s definitely a serious concern because their safety is being put in jeopardy.”

Hernandez said the latest case involved 61 people rescued by agents last week from rising floodwaters caused by unusually heavy rains in an isolated area and “it could have been a much, much worse situation if the rain continued.”

Unlike Texas, where people turn themselves in on the banks of the Rio Grande, the smugglers in in Arizona have been dumping groups of migrant families on a remote dirt road running along the southern limit of the Organ Pipe Cactus National Monument west of the Lukeville border crossing with Mexico. Summer temperatures there can soar close to 120 degrees.

The migrants are sometimes provided with food and water, but not always, and they often require medical care for back and ankle injuries or lacerations.

The traffickers have “no regard for the safety and well-being of these families,” Tucson Sector Chief Rodolfo Karisch said last week.

While Mexican men traveling without relatives once made up the bulk of the migrants, Guatemalans and other Central Americans traveling in families or as unaccompanied minors are now the norm.

U.S. Immigration and Control Enforcement in Arizona began releasing hundreds of people Sunday to await court dates, saying it didn’t have the capacity to hold an “incredibly high volume” of migrant families showing up at the border.

Republican Sen. Jon Kyl of Arizona on Wednesday asked Department of Homeland Security Secretary Kirstjen Nielsen and other officials to investigate ways of dealing with a wave of migrants he said was overwhelming Yuma and other parts of Southern Arizona. He said at a Senate hearing that he worried about people being threatened “by an enormous number of illegal entrants ... some of whom may not be making asylum claims.”

Nielsen said she didn’t know how many of the migrants in southern Arizona had made asylum claims, but would look into it.

Randy Capps, research director for U.S. programs at the Migration Policy Institute think tank in Washington, said Thursday the smugglers may be bringing the Central Americans through Arizona because it’s less patrolled than Texas. He noted that migrants traveling as families are likely to be released much more quickly than lone adult travelers because of limits on holding children.

“As families, they can then often wait years inside the U.S. until they hear back on their asylum claims,” he said.

Under federal law and international treaties, people can obtain asylum in the U.S. if they have a well-grounded fear of persecution in their countries, but Trump administration officials charge that the system is rife with fraud and groundless claims.

About eight of every 10 asylum seekers pass an initial screening and are then either held in an immigration detention center or released on bond into the U.S. while their cases wind through immigration courts.

Hernandez said the smugglers instructed the migrants to seek asylum or some other kind of U.S. protective status, but interviews have indicated they came to the U.S. to improve their economic situation and were headed to places including Charleston, South Carolina; Oakland, California and Homestead, Florida.

ICE says it has alerted local and state officials and reached out to nonprofits that can help migrants with transportation and other services.