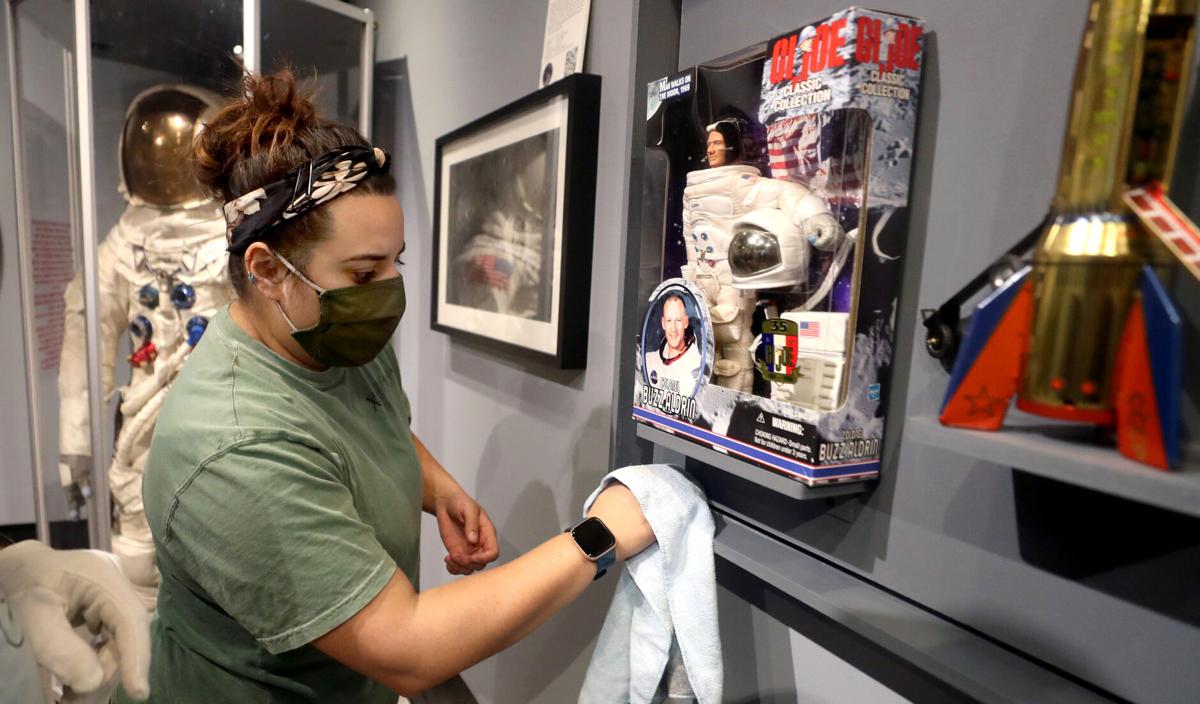 Vanessa Fajardo cleans up a display of a GI Joe figure of Buzz Aldrin and a Soviet era rocket toy near an Apollo space suit used by Aldrin while getting ready for the “Ready To Launch: Arizona’s Place In Space” exhibit at the Arizona History Museum. 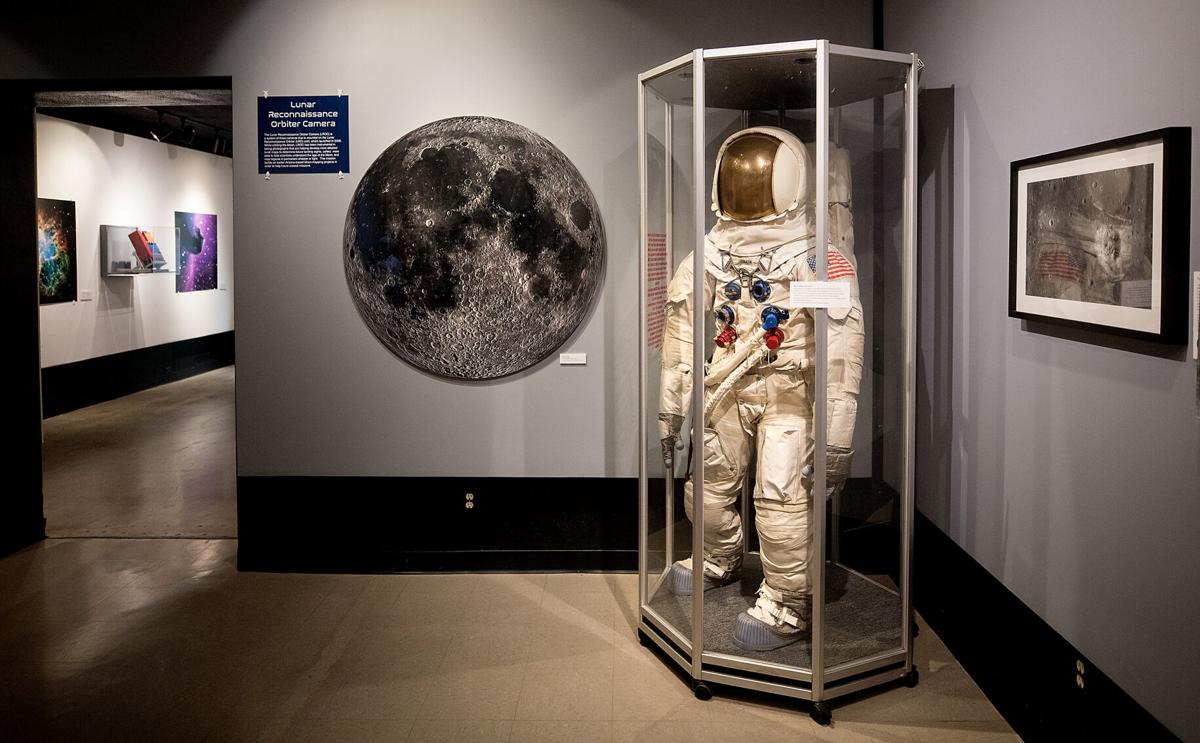 An Apollo EMU Spacesuit, on loan from the NASA Johnson Space Center, is on display at the “Ready to Launch, Arizona’s Place in Space” exhibit at the Arizona History Museum. The exhibit shows Arizona’s history in space research and exploration through Nov. 30. 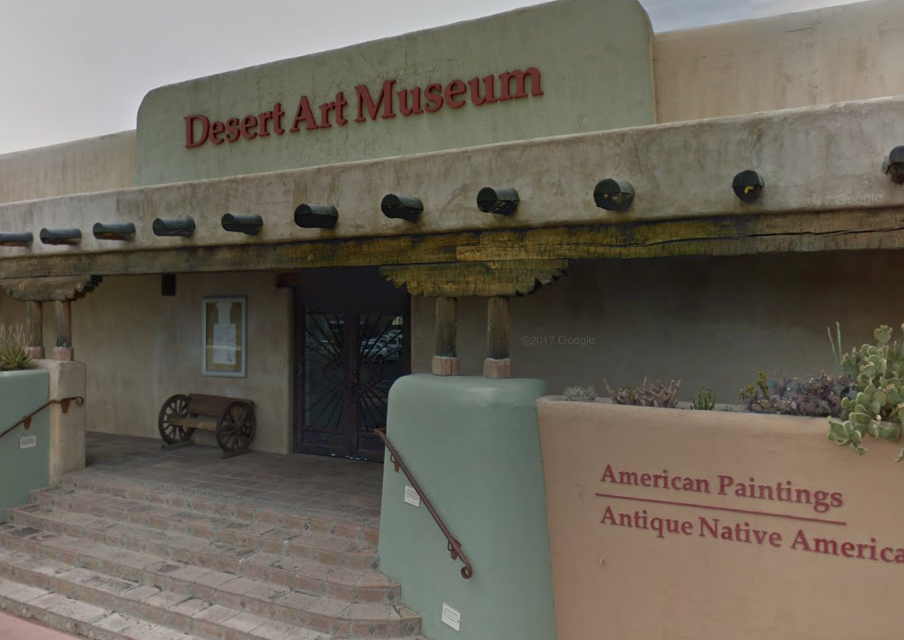 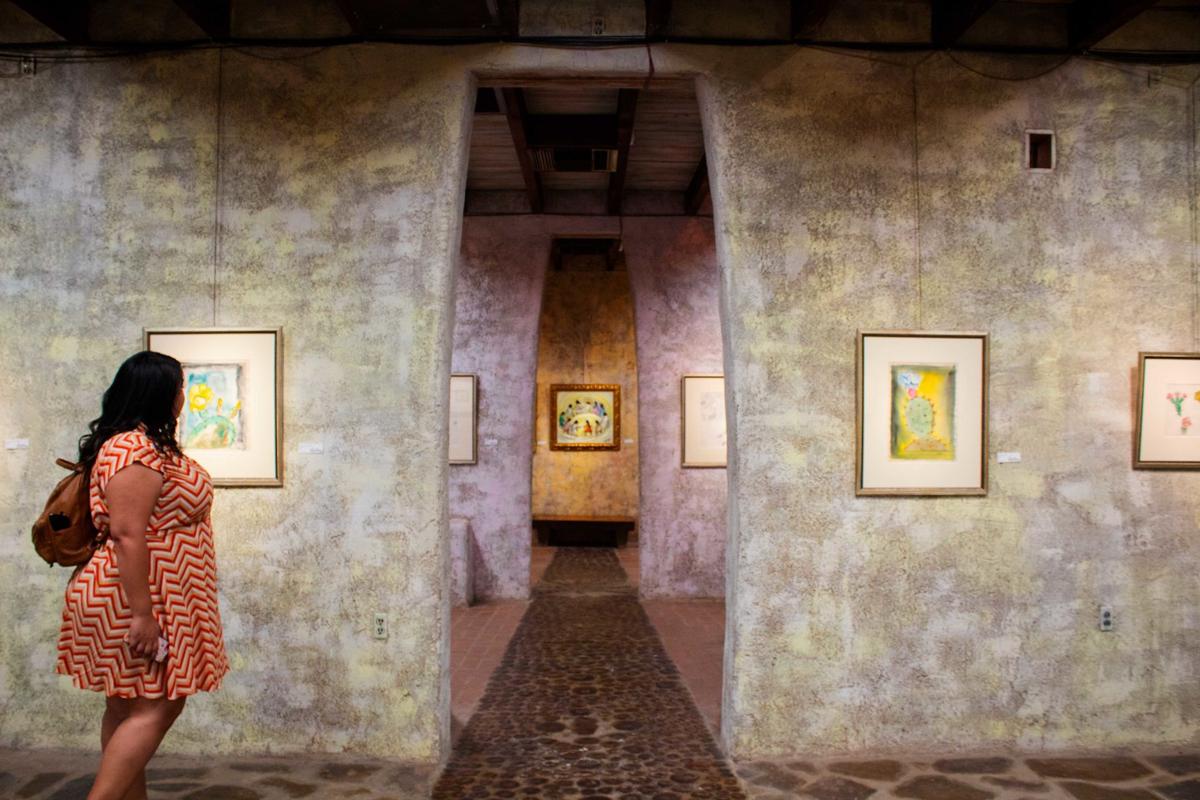 The DeGrazia Gallery in the Sun houses thousands of paintings, lithographs and sketches from Tucson artist Ted DeGrazia.

Museums throughout Arizona, including three in Tucson, will take part in Smithsonian Magazine's Museum Day on Sept. 18, 2021.

Visitors can download one ticket per email address that will give two people free general admission to one of more than 1,000 participating museums, zoos and cultural institutions across the country.

Whether you want to stay in Tucson or take a day trip, here are 10 places to go to celebrate Museum Day for free this year:

Arizona History Museum's newest exhibit is "Ready to Launch: Arizona's Place in Space," which is open until Nov. 30, 2021.

Visitors can also check out several other exhibits, including ones focused on the life and accomplishments of Barry Goldwater, the resilience of the Tucson community in the wake of tragedy and the evolution of transportation in Arizona.

The Tucson Desert Art Museum is a non-profit museum that opened in 2013 known for its "The Weavings of the Diné" collection that features pre-1940s Navajo textiles.

Some of the Desert Art Museum's other exhibits include "Desert Hollywood," which highlights iconic places in Arizona used for filming movies and television shows, and one that combines the stories of pioneer women with the history of undergarments worn during Arizona's early days, called "Arizona Women Uncovered."

DeGrazia Gallery in the Sun Museum

The DeGrazia Gallery in the Sun was established in the early 1950s by Tucson artist Ettore "Ted" DeGrazia, who is best known for his art depicting the southwestern United States and the Indigenous cultures of the region.

DeGrazia's works are displayed in six permanent collections at the museum, along with smaller rotating collections such as "DeGrazia’s Superstition Mountain Collection," which is open now through January 2022.

Where: DeGrazia Gallery in the Sun Museum, 6300 N. Swan Road

A roughly two-hour drive southeast of Tucson will get you to this Bisbee museum that tells the story of the eccentric old mining town.

One exhibit, "Bisbee: Urban Outpost on the Frontier," highlights how miners and settlers came to build the once-booming town from the ground up and the "Digging In: Bisbee’s Mineral Heritage" exhibit takes visitors into an actual mine to get a closer look at what miners did for a living.

The Museum of Casa Grande

The Museum of Casa Grande's participation in Museum Day on Sept. 18 will also begin its regular session for this year.

This small museum, roughly 65 miles northwest of Tucson, offers indoor and outdoor exhibits that explore Native American cultures, early settlers of the Southwest and the evolution of mining and railroads in the area.

The Museum of Casa Grande will also feature Philip "Wildman Phil" Rakoci on Museum Day as he puts on an educational reptile show.

There are also two rotating exhibit areas at the museum, where "Video Invaders" and "Two Players, Two Quarters" are currently featured. The two exhibits focus on the influence video and arcade games have had on popular culture.

Arizona Heritage Center's exhibits include "Still Marching: From Suffrage to #MeToo" and "Unframed: A Photo Journey through Navajo and Hopi Nations 1977-1978."

Visitors can also learn about how Phoenix grew to be one of the largest cities in the U.S. and how Arizona's "5 Cs" (copper, citrus, cattle, cotton and climate) impacted that growth and the state's economy.

This museum is roughly an hour and a half drive northwest of Tucson.

This museum, just under two hours north of Tucson, highlights the history of the city of Mesa, which was settled in the 1870s.

Visitors can also learn about pottery making, basket weaving and quilting as part of the live demonstrations the museum hosts.

Cave Creek Museum offers a look at the long history of Indigenous cultures in the area and Cave Creek's past as a mining, military and ranching community.

In addition to archeological artifacts and art, the museum features outdoor exhibits and gardens filled with classic desert plant life.

Cave Creek is just over two hours northwest of Tucson.

Things to do this month (September 2021) in Tucson, Arizona include live music, fall gem shows, a Greek Festival, and the beginning of a fall celebration at Apple Annie's.

Phoenix may be hotter than Tucson, but there are lots of attractions worthy of a drive up north for a summer getaway. Find water parks and other things to do in Phoenix, Scottsdale, Tempe, Mesa and Glendale.

5 free or cheap, kid-friendly Tucson places to hang out in the AC

It's that time of year when it's too hot for the park and most other outdoor things. Here are Tucson places to spend a hot (or rainy) afternoon in nice, cool air.

Things to do this weekend in Tucson, Arizona include live music, a fall gem show, a pop-up bookstore, and a workshop all about prickly pear.

The Youniverse Selfie Museum in Tucson, Arizona is celebrating its grand opening on September 15. The selfie museum has nearly 50 handmade photo sets, including horror displays, to help create a lifetime of photographic memories.