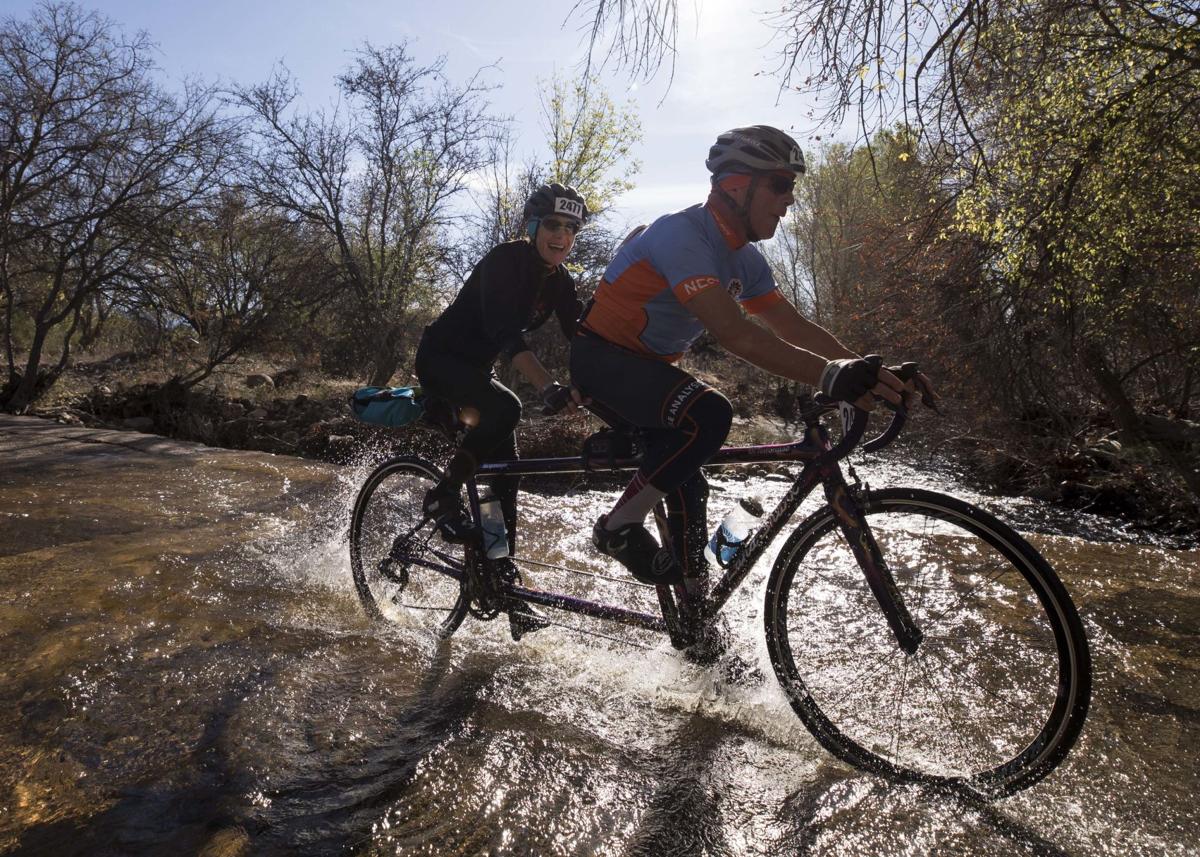 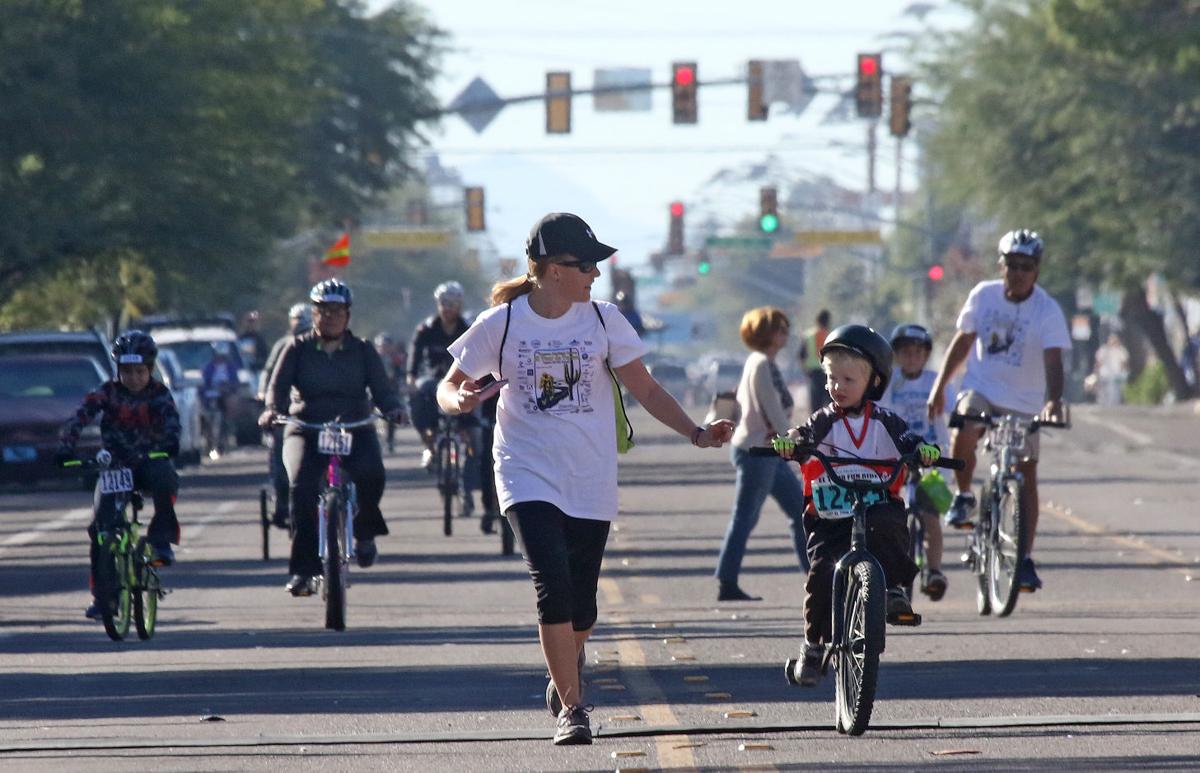 Tucsonan Cleo Driscoll runs alongside her nephew Tanner, 4, from Baltimore, Maryland, as they finish the 5-mile Kids Ride during the 33rd El Tour de Tucson bicycle race in Tucson on Nov. 21, 2015. 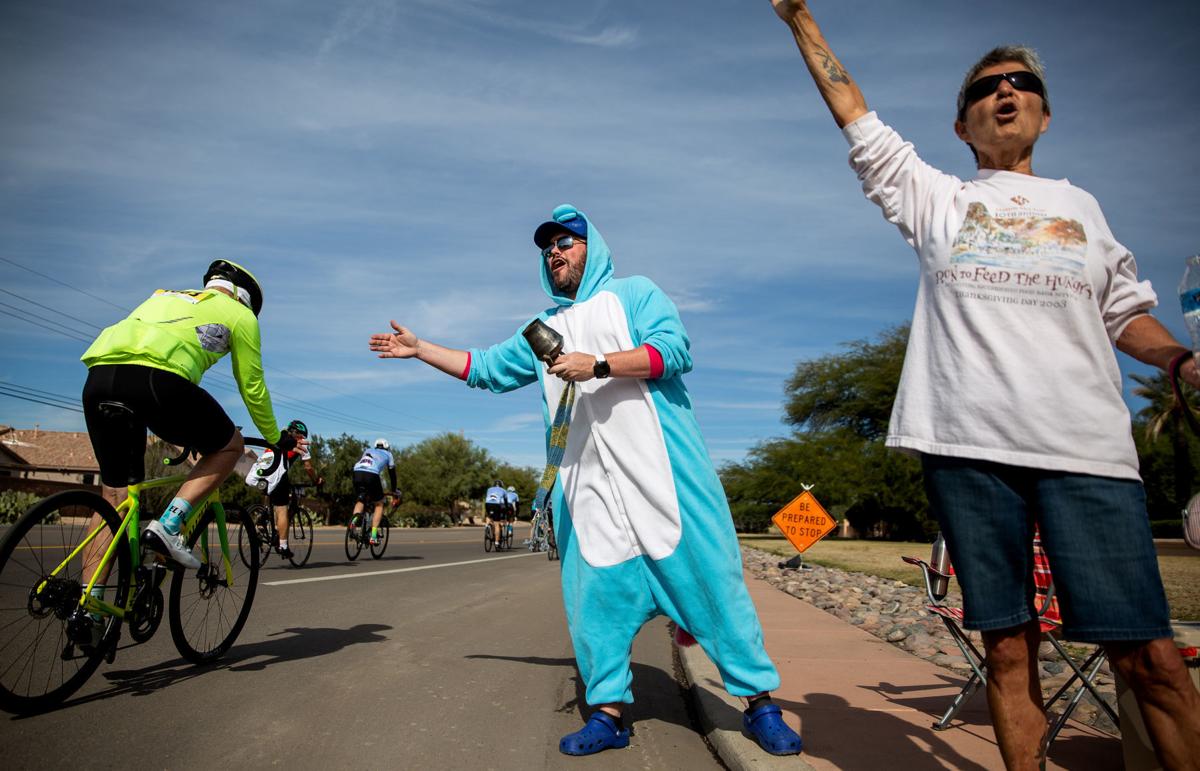 Ed Osterhoudt and Fandi Derr cheer on El Tour cyclists as they ride up Thornydale Road in 2019. 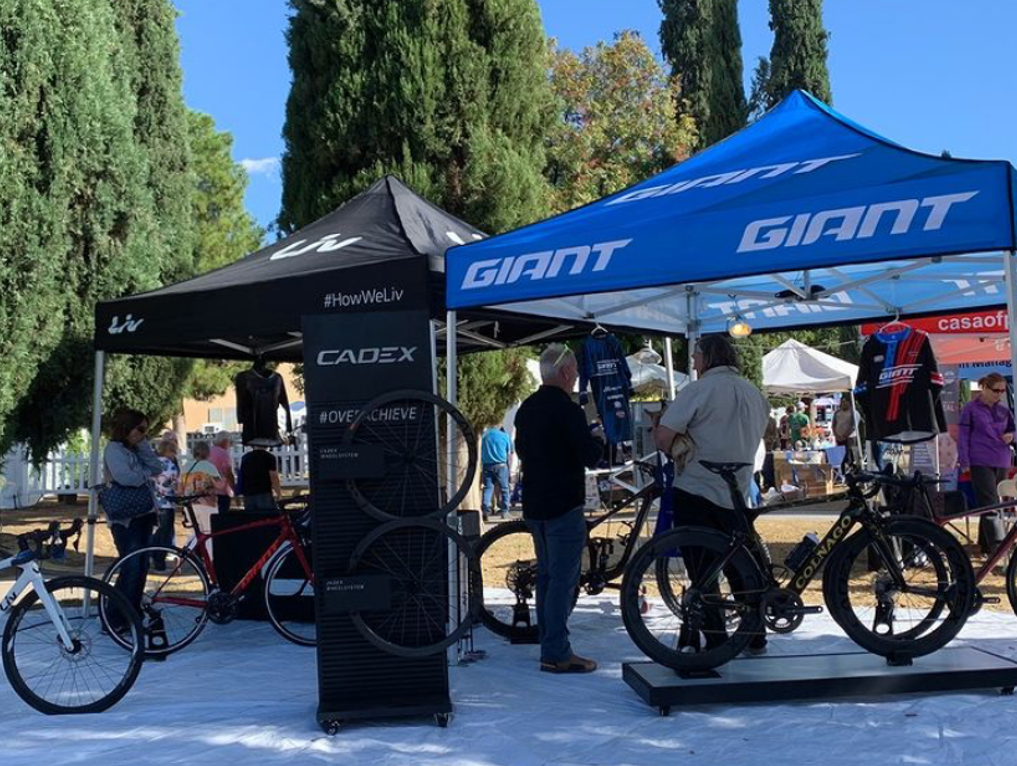 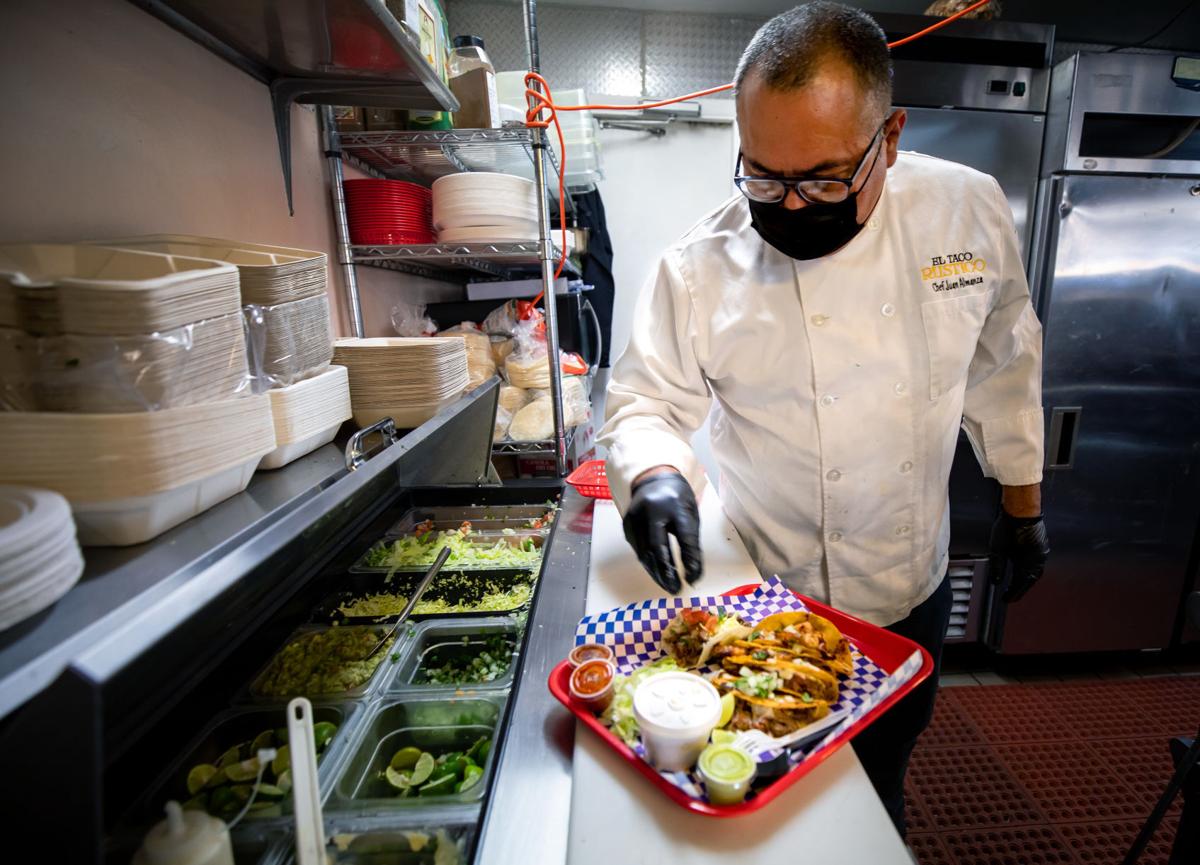 Juan Almanza, owner of El Rustico, opened his place 24 hours after restaurants were ordered to close their dining rooms in March 2020. It survived the lockdown and is thriving.

This story was created by #ThisIsTucson and underwritten by El Tour de Tucson. Thank you for supporting the local organizations that support us!

For more than three decades, bicyclists from around the globe have circled the perimeter of Tucson for the annual El Tour de Tucson.

We know El Tour de Tucson to be a massive cycling event that happens each year hosted by nonprofit Perimeter Bicycling Association. What you may not know is that each year, Perimeter hosts a coinciding expo to welcome riders. More than 6,000 cyclists are signed up for the big race on Saturday.

This year, though, the expo has been reimagined into an event for everyone to enjoy — even if you don’t have the slightest interest in bicycling.

“For 38 years, (El Tour) has been one of the iconic rides in the Southwest, in Tucson for sure, and maybe even the west overall, with thousands of people cycling,” says Steve Rivera, who is the editor of El Tour's publication Tailwinds. “Two years ago, we had some changeover, and we moved the event outside to Armory Park and you realized that’s how people loved it.

“Thousands were downtown and enjoyed the day, rode their bikes, stayed for the events and music. This year, it’s going to be even better — I say that with no hyperbole. It’s not going to be just for cyclists. If you need something to do and don’t even have a thought about cycling, it’s still going to be a lot of fun.”

Here are all the non-cycling things to expect at the free 2021 El Tour de Tucson expo, which takes over Armory Park this Thursday through Saturday.

For the first time ever, El Tour tapped a local brewery to offer an exclusive beer at the expo.

The expo will feature a beer garden, complete with a special blood orange IPA from Ten55 Brewing Co.

“They’re excited, we’re excited,” Rivera says. “Cyclists love a beer after a ride and this is the perfect, ideal marriage between them and us.”

There’s no admission fee to get into the beer garden, which will also offer a number of other options from Ten55 including beer, wine, hard seltzers and soft drinks.

The beer garden opens at noon on Thursday and Friday, and 10 a.m. on Saturday.

‘The taste of Tucson’

Pop into the expo from noon to 3 p.m. on Friday and catch USA Cycling’s Kid’s Skills Clinic, where Olympic athletes — including cyclist Mari Holden — will chat with kids about bicycle safety and healthy lifestyles.

Each safety chat is an hour long, starting at the top of each hour until 3 p.m.

The programming is part of USA Cycling’s “Let’s Ride” initiative to get more kids on bikes. The first 100 kids at the clinic will get free helmets and T-shirts.

A CEMEX cement truck will also be at the expo from noon to 3 p.m. on Friday, giving kids the chance to sit in the truck and experience what drivers see, as a way to further promote road safety.

“(The expo) is going to be more kid-friendly,” Rivera says. “And it’s not that we weren’t kid-friendly before, but kids love bikes and they’ll be downtown. We want them to be active and enjoy the day as well.”

The Children’s Museum Tucson — located across the street from the expo at Armory Park — will offer free admission on Saturday, courtesy of El Tour.

Three bands will perform at the three-day expo, including Badlands, Gigi & the Glow and Maasman Band.

“We’ve had a single band on Saturday for the event, but now we have three great bands that will entertain people who want to go down there and have some drinks,” Rivera says.

See the performance schedule below:

Several exhibitors will be at the event, from nonprofits and El Tour’s sponsors to cyclist shops and #ThisIsTucson! We’ll be selling merch and giving away free stickers and water bottles.

“It’s not just about cycling,” Rivera says of the expo. “It’s going to be more colorful, more energetic — it’s going to be a different, cool feel. It’s not that it was bad in the past — it wasn’t, it was fantastic — but here, (people can) stick around and eat and drink and listen to the bands.”

Where: The expo will be held at Armory Park in downtown Tucson, 220 S. Fifth Ave. The routes for Saturday's race can be found here.

Cost: The expo is free to attend and open to the public

It’s a new ride, new feel, but same great experience. With a new amped up Expo, it’s more than a bike ride. Find out more at eltourdetucson.org.

Cyclovia is hitting Tucson streets with a new twist 🚲🚲

The annual block party has launched a new effort known as Cyclovia Remix, a six-month event featuring six different routes to help you get to know Tucson.

"If you're going to come for just a bike road and go home, this isn’t for you. But if you also want to say, 'I had the most amazing ride, I rode by an airplane boneyard, I had the best prickly pear margarita of my life and some amazing tamales' — it’s the overall package that we're selling.”