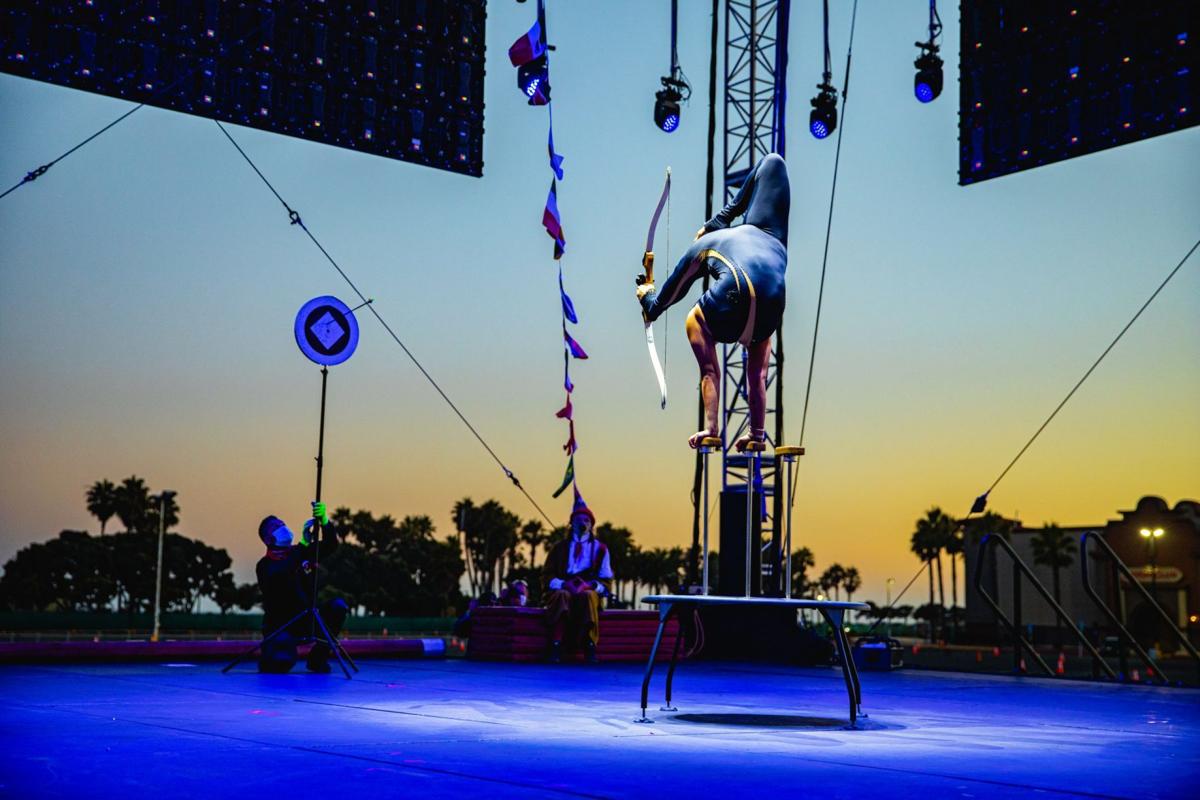 Due to the COVID-19 pandemic, Zoppé Family Circus the circus is losing the big top and inviting fans to pull into the parking lot for a drive-in circus. 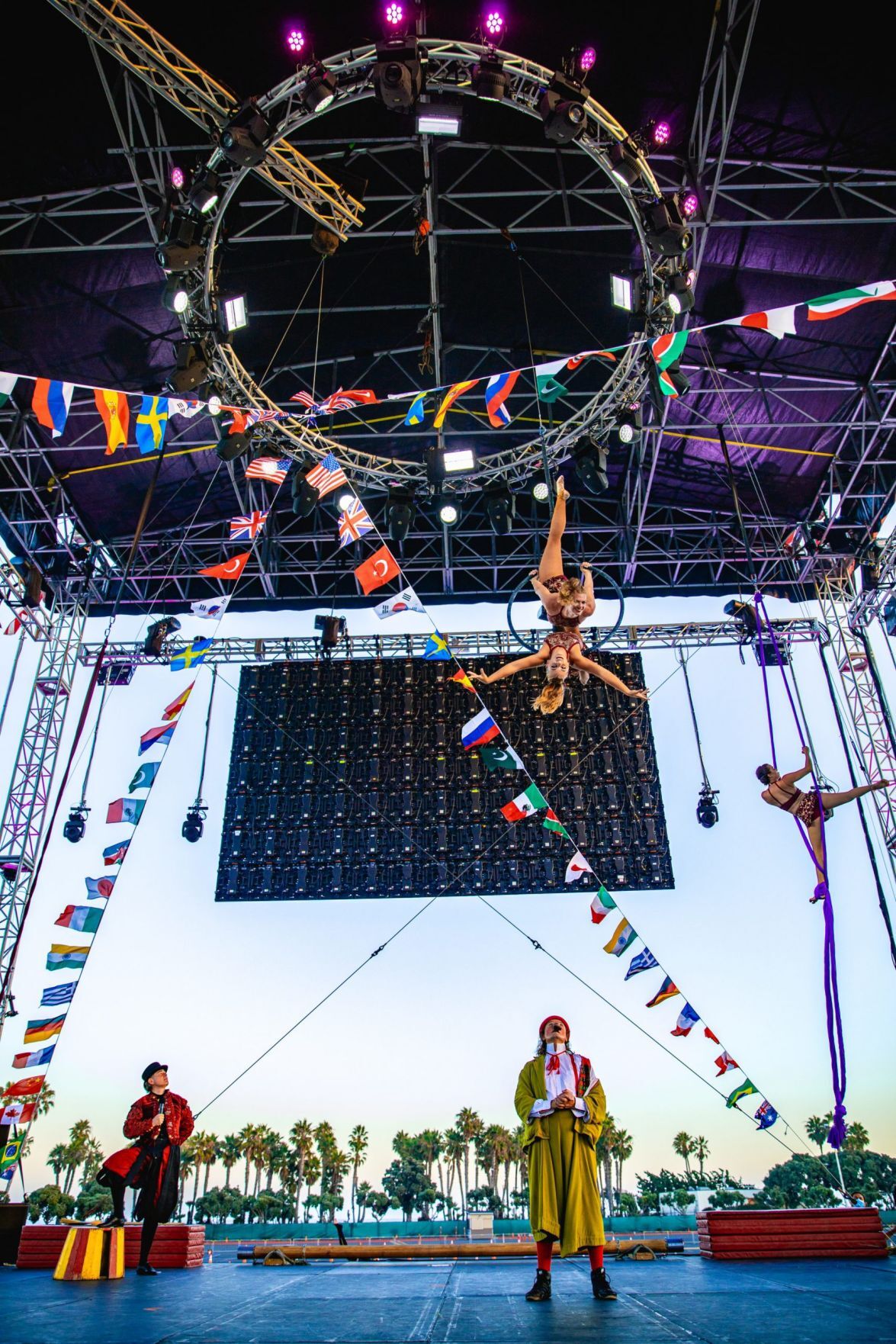 Trapeze artists hang above Giovanni Zoppé’s head at a drive-in rendition of the Zoppé Family Circus. 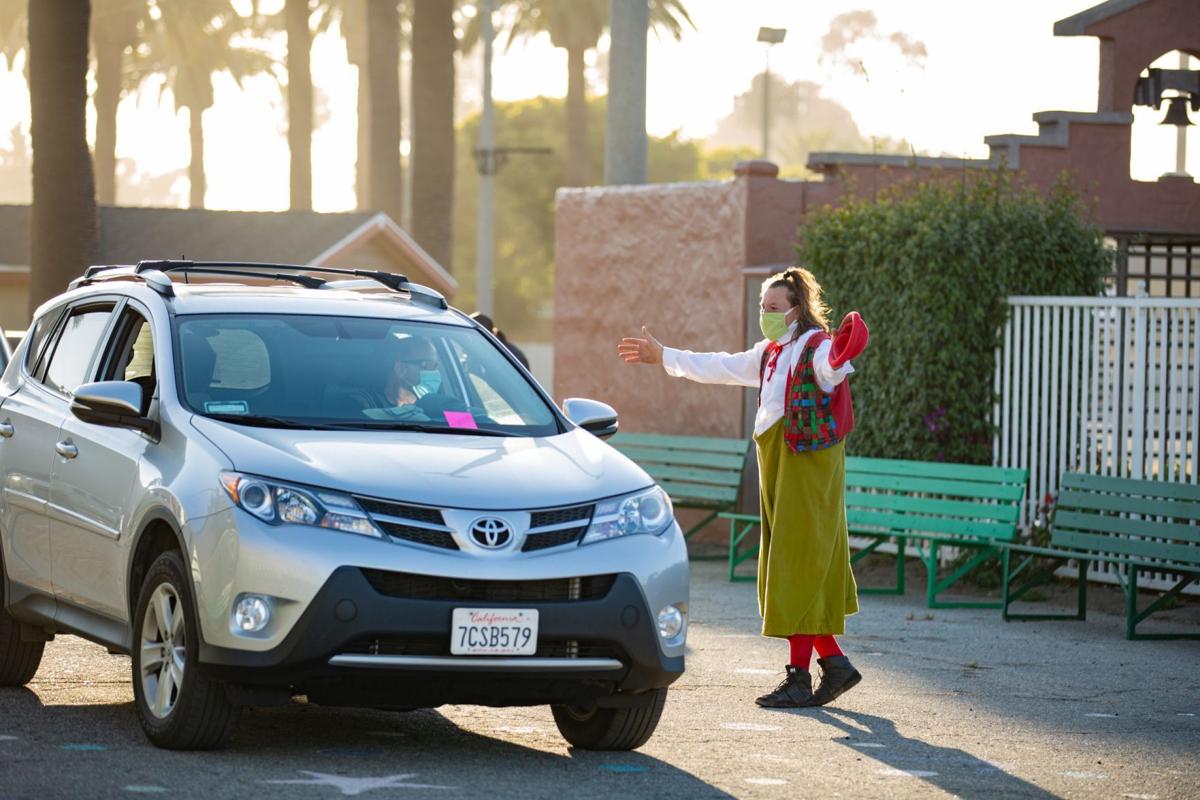 “It actually was an idea I had years ago,” said Giovanni Zoppé, seen here directing traffic at a drive-in show in California.

For the past 10 years without fail, Giovanni Zoppé has brought his Zoppé Family Circus to Tucson for an extended January run.

For more than two weeks and several shows a day, the clowns and acrobats and animals entertain audiences of all ages under a big top. In the early days, they set up in Reid Park. In the last three or four years, they moved the show to the parking lot next to the Mercado San Agustin off West Congress Street.

This year, the circus is losing the big top and inviting fans to pull into the parking lot for what is being billed as the world’s first and only drive-in circus.

“It actually was an idea I had years ago, but I couldn’t make a drive-in feasible for the type of performance we do and all the artists we have on the stage,” said Giovanni Zoppé (aka Nino the Clown), who runs the American branch of his family’s legendary Italian circus. “But when COVID hit, I started thinking of it again.”

The drive-in circus begins its 16-day Tucson run on Friday, Jan. 15, and continues through Jan. 31 from the Mercado parking lot, 131 S. Linda Ave.

“The first two were OK but they weren’t great,” Zoppé said. “Every show we changed a little bit and I learned so much the first two shows. By the third show, when the horses came around the stage, I felt the energy of the audience and the horns were blowing and I felt my father looking down on me. And I just relaxed.”

Since that maiden voyage, Zoppé has taken the circus on a weeklong run in October in Redwood City, California, where audiences were required to stay inside their vehicles in accordance with California’s strict COVID-19 protocols. Last week, they were wrapping up a 16-day run in Tempe.

In all, the Zoppé Family Circus will perform 31 Tucson shows including three a day on Saturdays, Sundays and Mondays

Zoppé said the audience can see the show from any vantage point in the parking lot with giant LED screens projecting the action from a large stage. You can hear the show from your car radio, a setup that was created by Concerts in Your Car, a company that produces state-of-the-art live drive-in events mostly in California.

Even from the back row, “it’s not a great seat, but you can still experience the circus,” Zoppé noted.

The drive-in format allows Zoppé to bring in two acts that he was never able to pull off under the big tent: A human cannonball that shoots the performer 40 feet in the air and 100 feet over the stage; and the giant wheel of death — think giant-sized hamster wheel.

The circus also features a 12-minute film broken up into six parts that is played throughout the show to tell the story of how the circus always goes on even in a pandemic.

“Whatever it is, circus will always continue,” Zoppé said. “I think as humans we need joy in our life. We are the only circus in the world doing this. ... Everything is shut down. ... We couldn’t just sit and wait. I have to perform as an artist with six generations in my soul. I have to do this.”

To help families weigh their school options, Tucson Unified School District will host virtual open houses all throughout January giving prospective families a look at what each school has to offer.

What: Zoppé Family Circus "Live at the Drive-in"

Featuring: Circus acts including horses, clowns and acrobatics as well as a human canyon ball and the wheel of death

Tickets: $49 to $199 a carload through mercadodistrict.com/events/zoppe-family-circus

Things to do this Jan. 21-24 in Tucson, Arizona including virtual events, drive-ins, drive-thrus, open-air events, at-home things to do and things to do with kids.