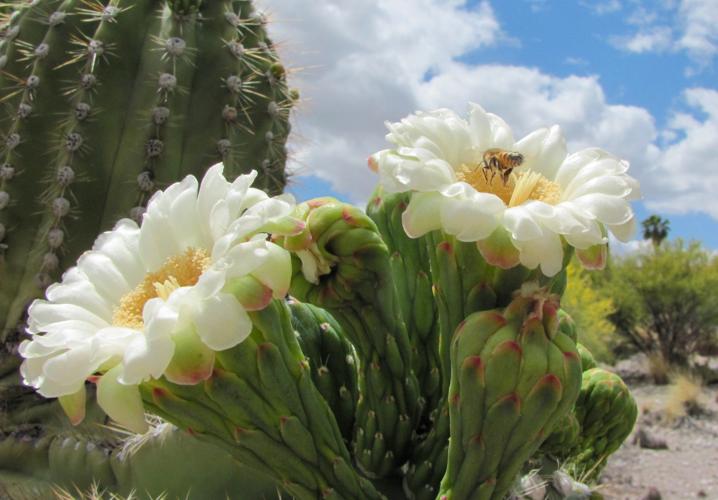 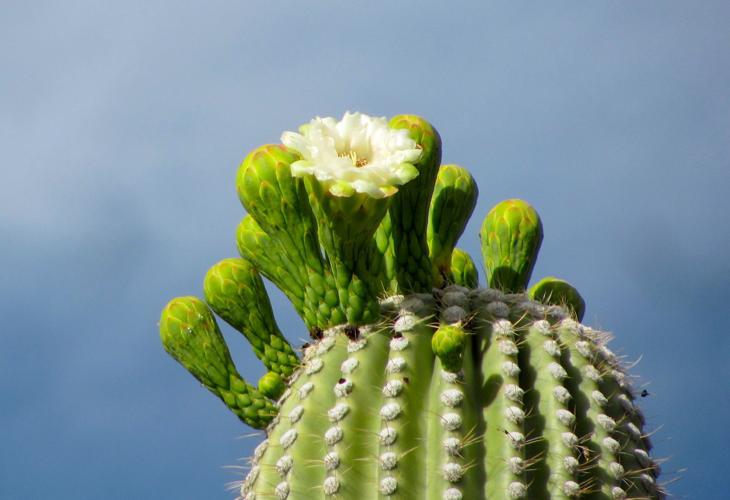 Saguaros are beginning to bloom in the Catalina Foothills, Tucson Mountain Park and other areas around Tucson. 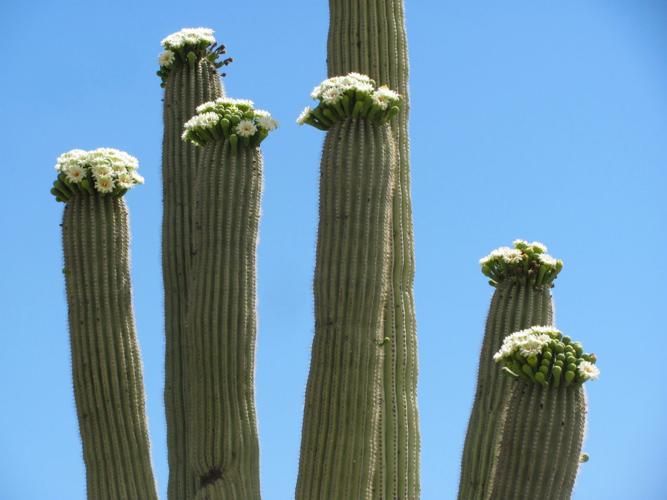 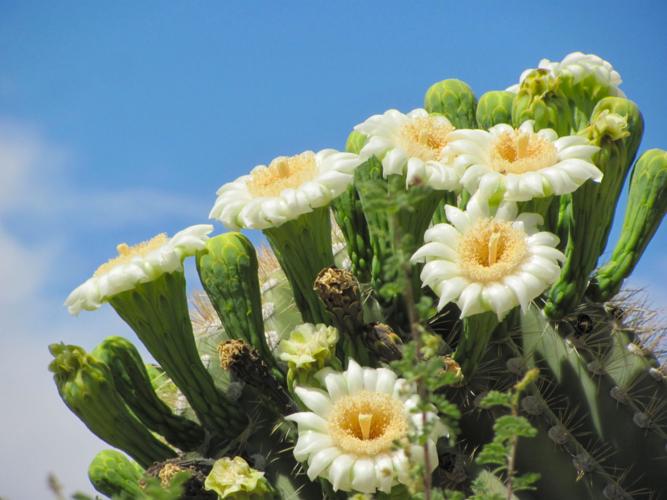 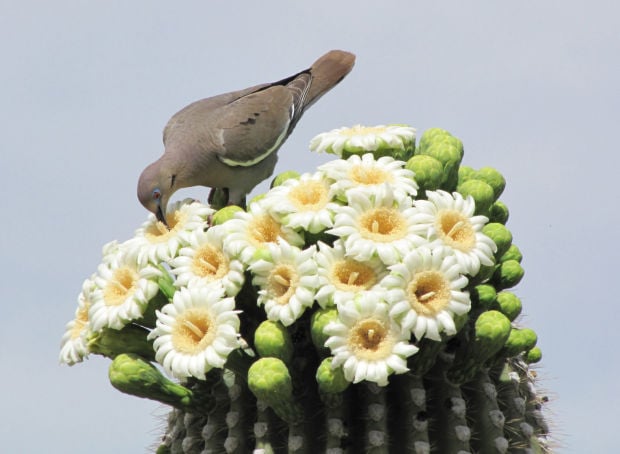 Charlotte Cordes took this photo May 8, . 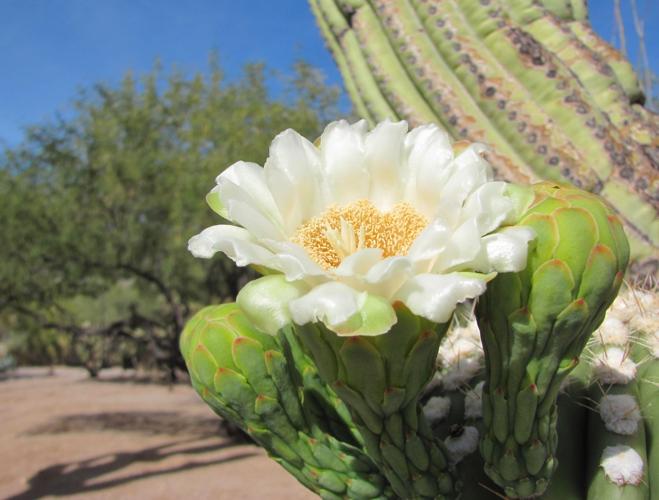 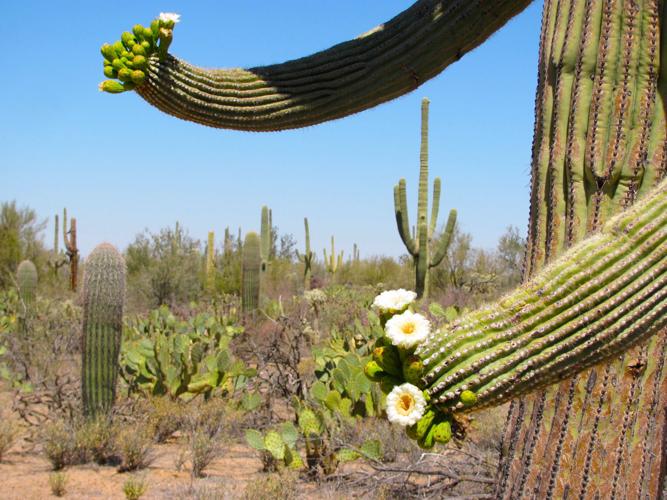 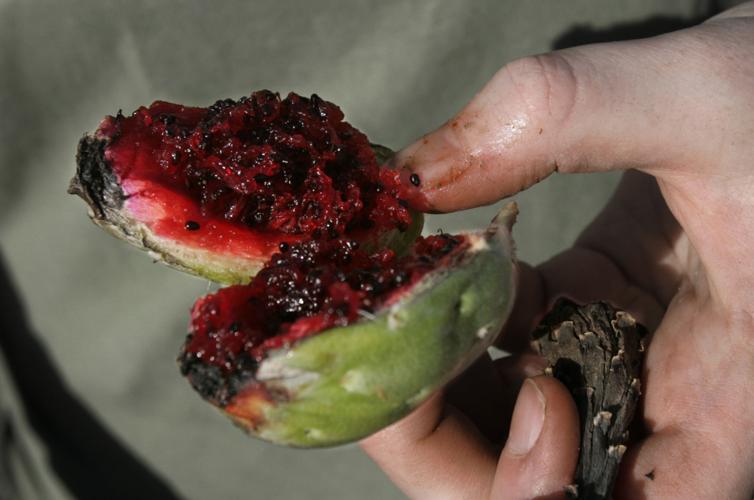 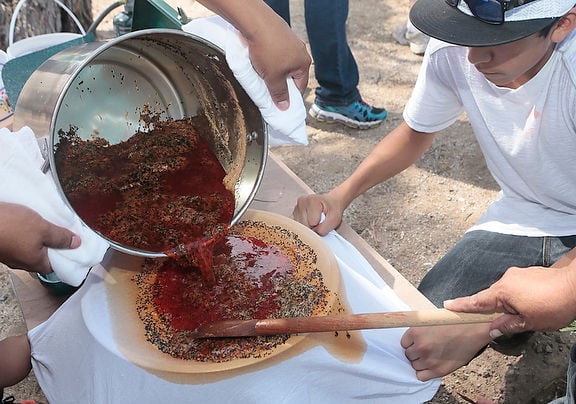 The boiled mixture of water and Saguaro fruit is strained through a dish cloth to clear away debris and seeds. 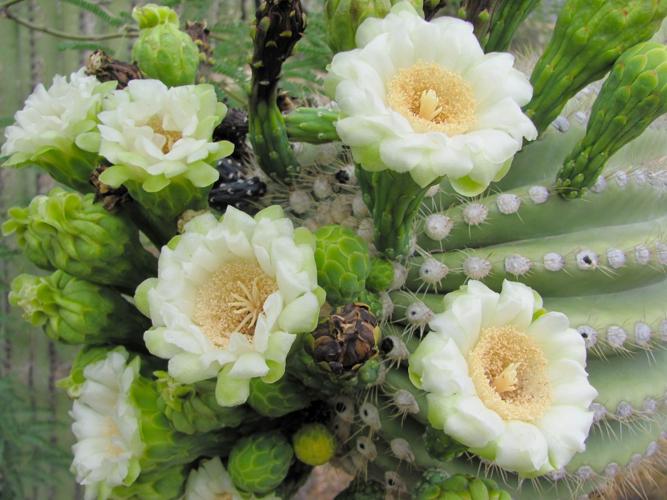 Saguaros are in brilliant bloom along the Esperero Trail in Sabino Canyon this month.

No, they're not growing baby avocados at the crown of their heads (you're still going to have to pay extra for guac, sorry 💁‍♀️), these bulbous green nubs are actually buds that bloom into beautiful saguaro flowers this time of year.

Here are a few things you might want to know about these white dazzlers and why they're so important to our Sonoran Desert.

1. Peak blooming is from early May to early June

But don't let that time frame fool you. You can find saguaro blooms for more than half of the year, according this Arizona Daily Star article by Doug Kreutz. This year, flowers were spotted as early as mid-April, and last year were seen as late as November.

2. They have a short lifespan

Saguaro flowers bloom typically at dusk and remain open till about midmorning the next day, said John Wiens, a horticulturist for the Arizona-Sonora Desert Museum in a Star article. By the afternoon the flower will start to wilt, and that's it for that bloom.

3. A single saguaro can produce as many as 100 flowers in a season.

That's a lot of flower power!

4. They get a little help from their friends

The saguaro flower relies on a number of desert dwellers to help with the pollination process — this includes bees, moths, hummingbirds and white-winged doves. As these creatures get nectar from the bloom they become covered in pollen, which is then transported and deposited into other flowers.

5. But their bestie for life is the bat

Lesser long-nosed bats and saguaro flowers have co-evolved together — making them a match in pollination heaven. The night blooming schedule of these beautiful buds is an ideal time for bats, who use their brush-tipped tongues to extract large quantities of nectar from the flower. The bright white visibility of these flowers also makes it easy for the bat to spot as they move along the dark desert sky.

Saguaro flowers are often describe as having a pungently sweet melon scent. Bats and other wildlife can't get enough.

7. It's the official state flower of Arizona

This brilliant bloom was designated Arizona's state flower in 1931. It joins the ranks of other Arizona state symbols including the cactus wren, turquoise, and bolo tie.

8. They turn into fruit

Once a saguaro flower has been pollinated, it matures into fruit that splits open when ripened - reveling bright red pulp. Each piece of fruit contains about 200 small back seeds, according to the Arizona-Sonora Desert Museum.

The fruit provides nutrients for wildlife and has been harvested by the Tohono O'odham people and their ancestors the Hohokam.

Saguaro fruit is typically harvested between mid-June to early July. Tools used to pick these bright red gems usually involve a long pole made out of saguaro ribs — so you can knock down the fruit from the top of the cactus — and a bucket.

If you wanted to head out and pick some saguaro fruit for yourself just be sure to get written permission beforehand; saguaros are protected under the Arizona Native Plant Law.

You can eat the fruit raw or boil and strain it to make a sweet syrup that can be used for jellies and candies.

10. You can find them all over the desert

You’re apt to see them almost anywhere throughout the Tucson area, including urban and foothills neighborhoods.

To see a variety of blooms, you might try some of these sites:

The white blooms of saguaros beautify the desert and keep pollinators busy.

Some Tucson-area saguaros are bursting into bloom in mid-April

A few saguaros are blooming now, but more will blossom in May.

Prickly pears, chollas and saguaros have been bringing brilliant hues of yellow, red and white to deserts around Tucson. The cactus color show…

How to help rescue a wild desert baby animal

To get you through the tough times, #ThisIsTucson is  launching a Summer Survival Guide.

Cactus of the month: 3 things you didn't know about the Christmas cholla

A native Christmas cactus for your collection

Saguaro blooms have popped up all around Tucson, and we aren't mad about it.