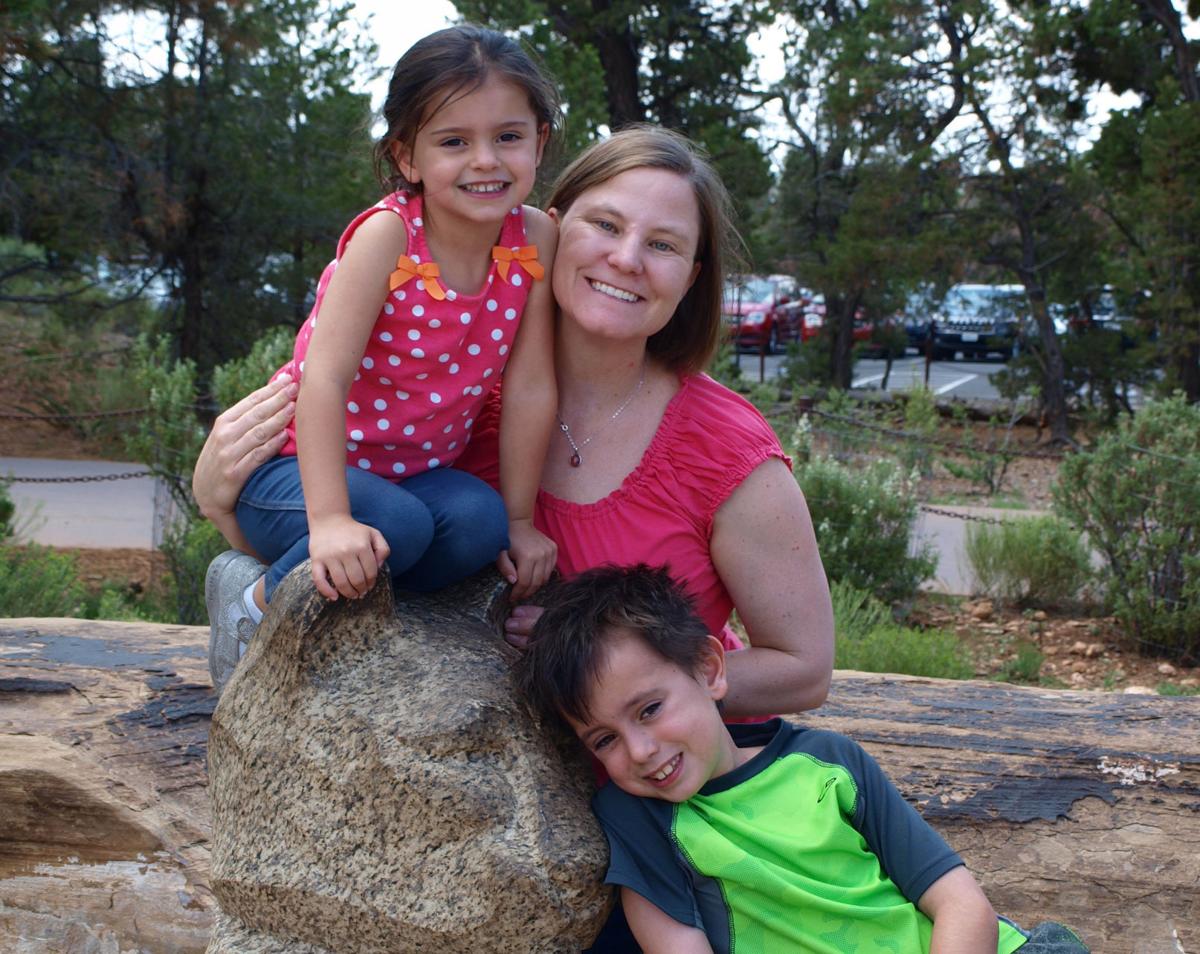 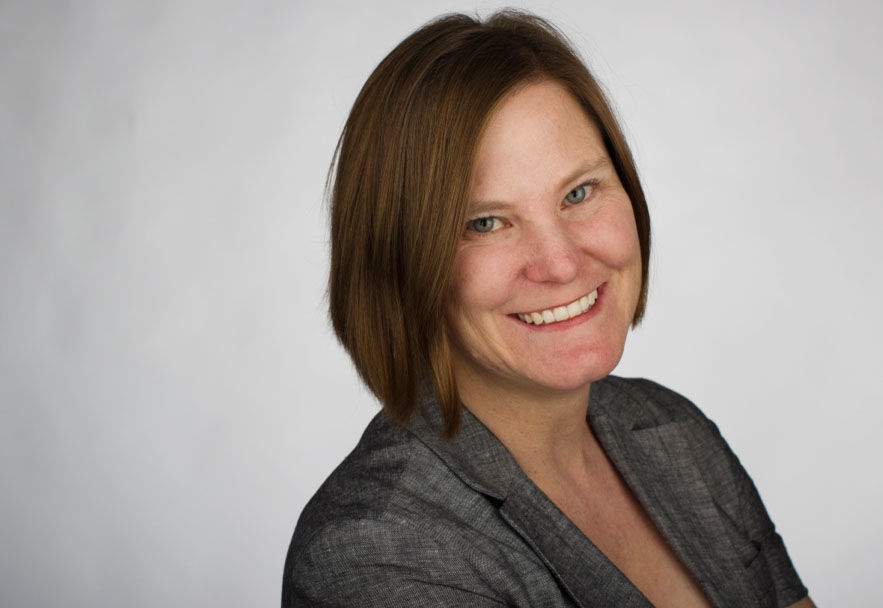 Bonnie Hurwitz, assistant professor of biosystems engineering at the University of Arizona

After several rounds of antibiotics over the course of two years, Bonnie Hurwitz's then 2-year-old daughter was still suffering from chronic ear infections.

And, as a researcher getting her Ph.D. at the University of Arizona specializing in microbes and biomes, she knew that too many antibiotics weren't good for Simone's belly.

So, she swabbed her infected ear for a DNA sample and sent it to a lab for  sequencing.

When Hurwitz got the data back she discovered that the bug infecting Simone had colonized in her ear and created a thick bio-film, which explained why the medicine wasn't working: It wasn't targeted for this specific bug.

She immediately took her findings to the doctor and asked him to stop the antibiotics.

"I'm sure he thought it was a bit crazy," Hurwitz says. "I was like 'look at this data.' But he was like 'all right let's get her in.' So, we did a surgical procedure to take [the bio-film] out and she was fine after that."

Had they kept giving her medicine, the ear infection would not have gone away.

"There was nothing we could do about that particular bug because there's no antibiotic," Hurwitz says. "So, no matter how many times we had given her antibiotics it would never resolve."

Now, the 42-year-old mother of two is an assistant professor of biosystems engineering at the UA.

Her particular field combines genomics and computer programming to understand how systems connect together.

"So, a lot of my work is how things that we're surrounded with are coming into our own bodies and becoming part of our lives," Hurwitz says. "When people walk around in their world, what are they stepping on, what kinds of microbes and what kinds of bugs are they picking up in their day-to-day life? And how does that affect their healing process and overall health."

We chatted with Hurwitz this week to learn more about her badassery. Not only is she a scientist, she also cycles, lifts weights and enjoys rock climbing and having dance parties with her daughter. Here is more of our conversation:

On growing up with women scientists

Both my mom and grandmother were scientists. My grandmother was one of the first women to graduate from the University of Pittsburgh with a degree in engineering. She was a tough cookie.

She went on to have five children and back to school in her 50s to get her Ph.D. in biophysics. So, she was kinda a badass. I just remember growing up and visiting her in Michigan and she always had experiments running and it was just really fascinating.

My mom is an ecologist. She had four kids and also went back to school in her 50s. She got her Ph.D. in ecology... My first word for water was H20. My mom just calls it H20. I didn't really learn the word water till kindergarten. So, I think that was part of why I became a scientist.

What she's working on now

"We're really interested in why the incidence of colon cancer has gone up in younger individuals," Hurwitz says.

Her lab is working with a surgeon at Banner Health to collect samples from people having surgery to remove the cancer. Those samples are compared and contrasted with samples from healthy people to see what kinds of microbes both groups have. They're looking at bacteria in the gut as well as viruses.

Hurwitz's lab is a "dry lab" meaning they don't touch the samples. Instead, they work with the sequencing data.

"We do massive computing on the data," Hurwitz says. "These genetic data sets are huge, so we're moving into this new realm called big data analytics where we're trying to find patterns in samples from across the world. To just put all of this information together to figure out what causes this disease in addition to what we're looking at. Not just the kinds of bacteria and viruses that we know about, but we're trying to understand the unknown."

On an interesting discovery

One thing that we're working up right now is a soil microbe that is found only in patients that end up in the operating room with diabetic foot ulcers. So, we think it has to do with the chronicity of their wounds. It's a microbe that has never been described anywhere in literature and it's a microbe we only see in our samples. We think it might be specific to the desert because the only other place we've seen this type of DNA from this bug is in our patient population and soldiers coming back from Afghanistan and other desert climates. So, we're looking into that and following up seeing if it's real or not and trying to understand it better.

On what they do with the information

What can happen in the future is we can imagine a simple genetic test that lets you decide whether or not someone needs advance therapy or can go home with antibiotics. It helps in triaging patients. We can also develop new antibiotics directed toward those particular bugs. We can sequence the genome of brand new bugs and try to understand what kinds of things they do, see what their weak points are and develop a new antibiotic regiment from that.

On women in science

There are a lot of women going into microbiology that are biologists but on the computing side there are very few women. In the very specific area of high performance and big data analytics, there are almost none. I was recently at a National Science Foundation meeting for young researchers and let me say that it was the very first time that when a meeting let out I could walk right into the bathroom with no waiting and there was a line at the men's. That never happens. So, clearly there are very few women in this field.

On why it's a good career for women

When you learn to program it really stimulates this part of your mind that allows you to puzzle out and put together stories, so I think it's underappreciated by women. And, unlike lab sciences that require you to physically be in the lab, you can be anywhere in the world. For example, when I had my daughter and was nursing her, I could do the work from home. That connectedness to the universe and having that freedom is valuable to women as they move through their career.

One of my high school interns just won the Comcast Leadership Award. She also just got a mentorship opportunity through WAVE which pairs her up with mentors in big data science. She's pretty awesome. It's fun to see. She's started a bio-informatics club at BASIS. I have another student from Phoenix and she's started a club in her high school.

It's fun to see that and work with these young women in their leadership goals.

Do your kids want to be scientists?

My daughter says she wants to be a teacher and my son wants to be a lawyer. We call him the judge because he likes to think about what's fair in the world.

Libra, yes I am all about balance!

Describe yourself in three words...

And in five emojis.

How long have you lived in Tucson?

Who and/or what inspires you?

Unknown microbes from far away places

Exercise and spending time with my family

Sabino Canyon after the monsoons

What are your favorite three songs and why?

"Lose yourself in the music" Eminem, "You gotta be" Des'ree, "Payphone" Maroon 5, because life is unexpected and sometime you just have one shot, and you need to go for it!

Your go-to order at your favorite Tucson restaurant?

A giant tarantula inviting himself to your backyard party

You don't feel like a dork in a giant hat and long sleeves in the summer, or that so sexy fully covered bathing "dress"

What constitutes your morning getting-ready routine and how long does it take?

Favorite app at the moment?

Give us a two-sentence pep talk.

Be bad, be bold, be wiser

What would you tell your teenage self?

Do what you love

What's a quality you got from your mama?

I am a 3rd generation woman-scientist. My mom and grandma are both are Ph.D. scientists

And one you hope to pass on to the next generation?

Learn to program, your world is digital

The last great book you read?

The last great movie you watched?

Is there something you've always wanted to learn, but haven't had the time?

Anything you've always wondered about Tucson?

Where did the Sonoran hotdog come from?

Where can our readers follow you on social media?

Is there something you REALLY nerd out about?

I love computer server rooms with tons of blinky lights

Which fictional character (from TV, movies, books, etc.) just gets you?

What makes you feel the most confident?

The best piece of advice you ever received?

Don't stand in the way of yourself

Scary on the outside, squishy on the inside: This Tucson activist has your back

This Badass Woman of Tucson builds houses, cars and community

This story was originally published on Oct. 2, 2016

It's getting hot. Let's go for a (vicarious) swim.

This UA astrophysicist has a galaxy named after her

She wants girls to to aim for the stars.

There's nothing more adorable than little kids playing music and dancing their hearts out.

As Betty Walker is wheeled into a room filled with toddlers, moms and other residents of the skilled nursing facility, a huge smile lights up …

Most of us had that one teacher.

This story is part of series being produced for Girl Scouts of Southern Arizona by #ThisIsTucson. Thanks for supporting the local organization…

Insects do a lot for us and our environment. They pollinate our crops, help control pest population, provide nutrition for birds and fish and more.

5 Badass Women of Tucson to inspire you in 2019

Our 2018 Badass Women of Tucson include: Scientists, entrepreneurs and an underwater shark photographer.

Starting tomorrow, you can spend six weeks learning from women scientists at the University of Arizona.

TUSD students' creations will glow, blink and fly down the runway

Hollinger K-8 students are working on costumes that combine technology with design, engineering and fashion

Let this panel of women inspire your STEM career goals

Seven Tucson women working in, or pursuing STEM careers will come together at the University of Arizona BIO5 Institute to share their journeys…

Tucson is gonna party like the Notorious RBG on Friday.

You don't have to sit through a three-hour movie to know these women are smart and powerful as all getup.