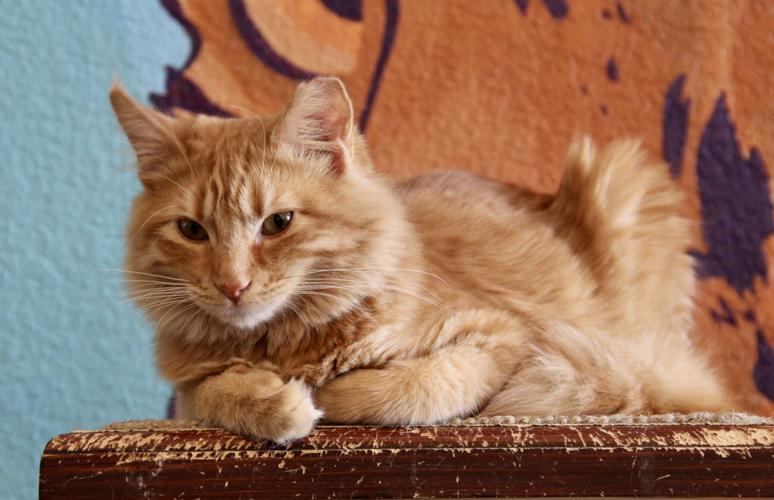 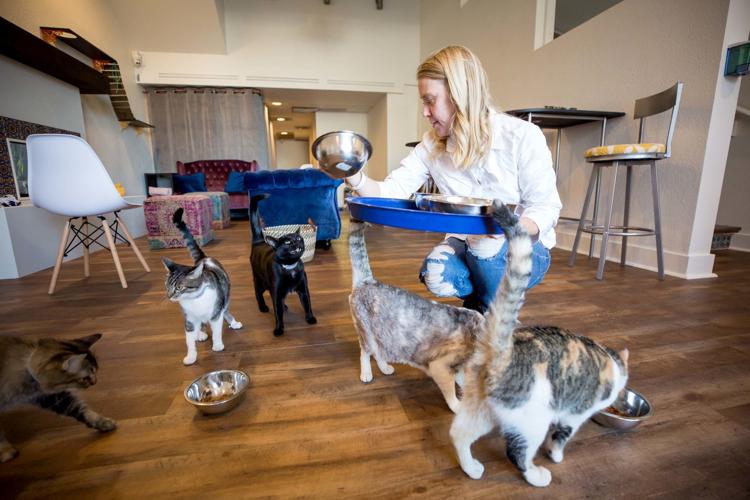 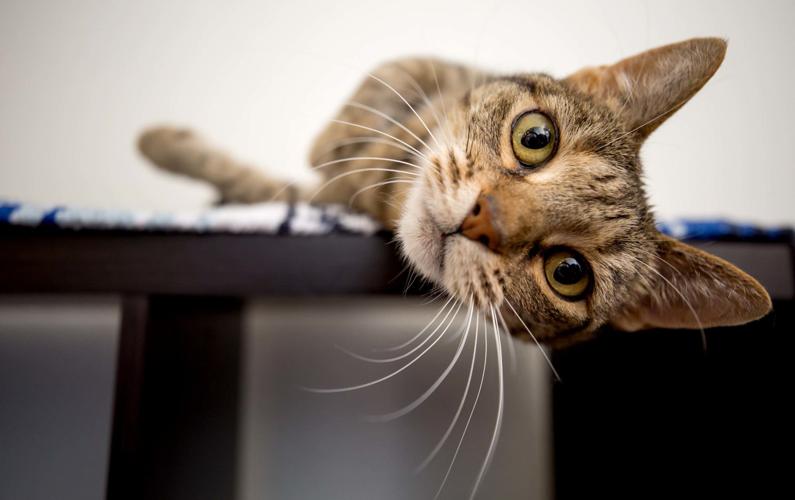 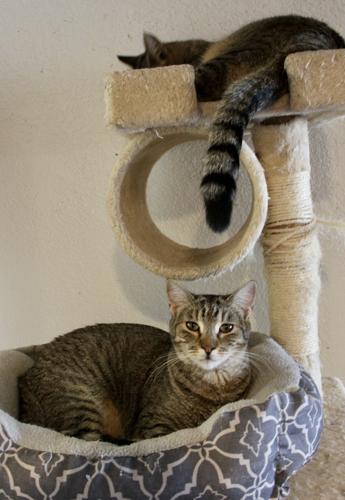 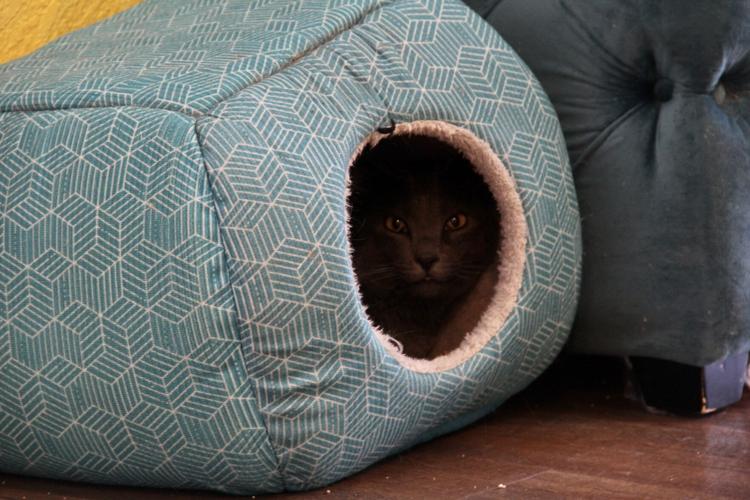 One of El Jefe Cat Lounge's cats hides inside a cat cave. 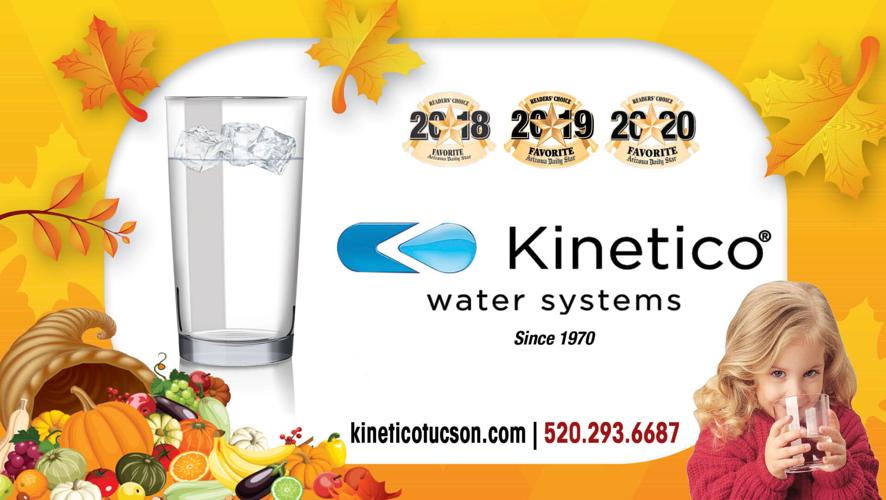 When Tiffany Lee’s kids went off to college, they took their cats with them.

“So I had to visit a cat lounge in Tempe,” Lee says, of no longer having cats of her own to play with. “And I was like, ‘This is a good idea.’”

It didn’t click for her then, but eventually Lee would open midtown Tucson's El Jefe Cat Lounge at 3025 N. Campbell Ave. It's a spot where you can do nothing but play with cats.

Now, three years after El Jefe Cat Lounge, which was named after the jaguar that roamed the Santa Ritas, opened its doors, Lee is getting ready to open a cafe next door.

“I wanted to start a new business when I moved to Arizona that had more of a purpose than chasing a financial goal,” Lee says of opening El Jefe on Halloween in 2019. “I just needed something more meaningful. Also, my daughter was going to school here, so I thought this was a fun job for us to both work.”

The cafe portion is something Lee always wanted to do, something she wanted to start from the get-go, but the space wasn’t set up for the health department to approve a cafe just yet.

“We were only open 4½ months before COVID hit so finance-wise ... (the cafe) was the last thing (on our minds),” Lee says. “We were just worried about taking care of the responsibilities we had at the moment — and surviving.”

But now it’s official. Lee has signed the lease for the space next door — a space that has been vacant for nine years — and is ready to renovate. While there will be no cats in the cafe space, due to health department regulations, people will be able to order coffee and treats (pre-packaged snacks like ice cream from Hub Ice Cream) and bring them over to the cat lounge. The coffee will be roasted by Cartel Roasting Co.

You can also visit the cafe only, and skip the visit to the lounge, which Lee says is a good way for people who want to support the cats but can’t come in because they’re allergic.

While you wait for El Jefe Cat Cafe to open in 2023, hopefully in January, you can support the business by purchasing prepackaged coffee on El Jefe's website.

The lounge will also remain open during the cafe's renovations. The lounge is where some guests visit to get work done, laptops in tow, surrounded by the cats. Some people visit as a way to unwind after a hard therapy session. But most people go for one simple reason: to play with the 30-ish cats.

All of the cats are from Tucson’s Finally My Forever Home Rescue, which means every kitty is adoptable. Since opening in 2019, El Jefe has seen 400 adoptions.

The cats walk free and socialize, and there are less cats per foot than a typical shelter. There are couches and cat trees, and even TVs.

“The function is to be relaxing for humans, as well as the cats,” Lee says.

“You’re drawing different groups and types of people from the community,” Lee says. “Overall, this should be a community space and reflect Tucson and what Tucson wants to do.”

A list of local indoor and outdoor pet-friendly places to take your dog in Tucson, Arizona. The list includes parks, hiking trails, restaurants, bars and activities that your furry friend can tag along to.

What to do in Tucson, Arizona this weekend: Lots of local markets, the start of holiday lights at the Botanical Gardens, two events to see snow, archaeology at Mission Garden, cat trivia, and more in the Tucson, Marana and Oro Valley areas.

Murals in the Tucson, Arizona area continue to fill our city's walls with beauty. Here's where to find some of them!

A coffee shop is coming to South Tucson, but it's so much more than that

A local family is bringing a new coffee shop to South Tucson, where they have family roots. They hope Luna y Sol Cafe will become a hub for community.