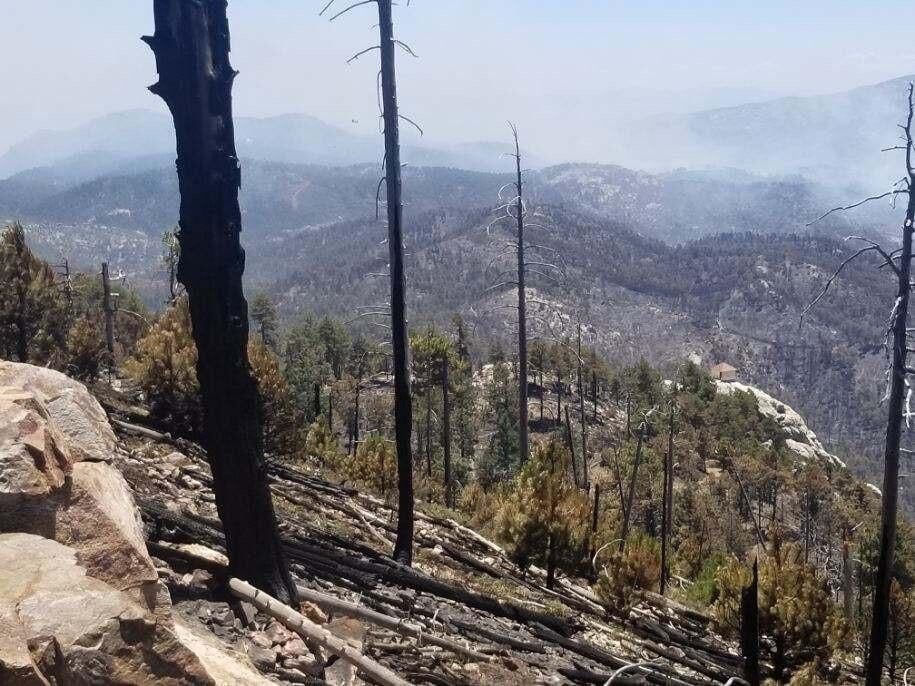 View of the Bighorn Fire burn area from Meadow Trail in the Santa Catalina Mountains on June 29, 2020. 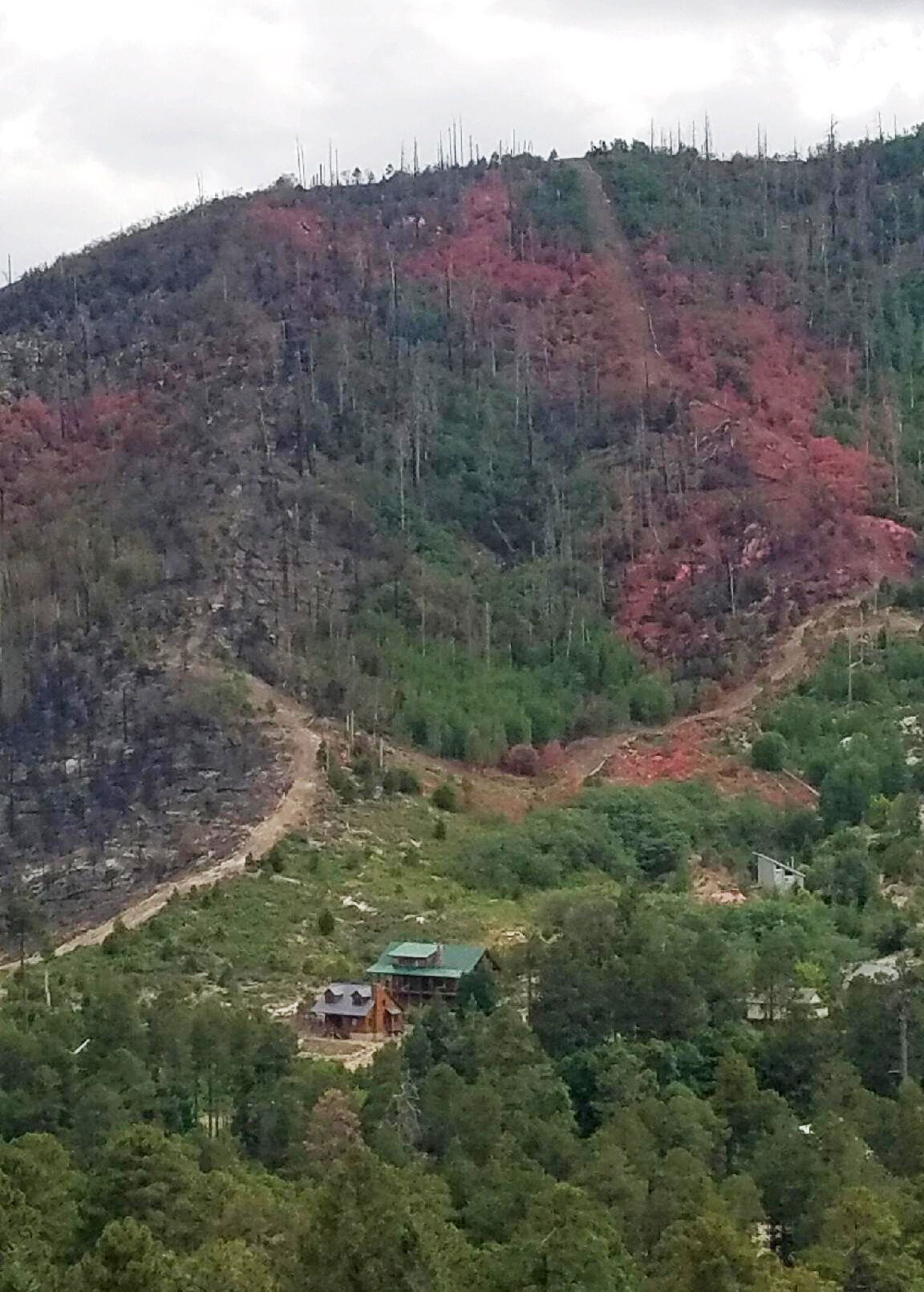 The public won't be able to visit most if not all of fire-scarred Mount Lemmon and Sabino Canyon until November 1, Forest Service officials announced Tuesday night.

Santa Catalina District Ranger C.J. Woodard said the Coronado National Forest from just north of Tucson, north to Oracle and then south and east to the Redington Pass area will stay closed, due to concerns about the potential for post-fire flooding and runoff issues.

While the entire national forest on the mountain is "not necessarily closed," a significant portion is closed including all major hiking trails, said Dorilis Camacho, a Coronado spokeswoman.

"The Bighorn Fire and post-fire conditions increased the possibility of flooding downstream, increased runoff, and the probability of debris flows. This is why we are implementing an area closure on both Sabino Canyon and Mount Lemmon," Camacho said Tuesday in an email to the Star.

"We are asking the public to avoid visiting these areas because flash floods happen suddenly. Closure orders are assessed regularly based on changing forest conditions," Camacho said.

But permanent Summerhaven residents, businesses with permits to operate there, and employees of the observatories on Mount Lemmon and of the Mount Lemmon Fire District are exempt from the restrictions, Woodard said. Summerhaven itself, which isn't in the national forest, is not covered by the Forest Service's formal closure order.

The Mount Lemmon Highway remains closed to the general public but is likely to reopen before November 1st, said James Allerton, a Pima County Sheriff's Department spokesman. The road remains closed now while the fire keeps burning. Beyond that, "we need to make sure the road itself is safe." Allerton said Wednesday morning.

"We will be working in conjunction with (the Pima County Department of Transportation) to make sure the road is safe and if there are any hazards that can be mitigated, such as guard rails, making sure no trees are hazards to the road and whatever else," Allerton said.

Catalina State Park, which lies outside the forest but has also been closed due to the fire, is also exempt from the federal closure order and can reopen when it chooses, Woodard said.

Woodard announced the Mount Lemmon closure at a virtual community meeting Tuesday evening that was shown live on Facebook on the Bighorn Fire information page. The fire has now grown to 119,541 acres and is 89 percent contained, fire officials said Tuesday.

Tucson organizations and groups are making resources available for those affected or evacuated by the Bighorn Fire near Catalina Foothills and Oro Valley north of Tucson.

Tony graduated from Northwestern University and started at the Star in 1997. He has mostly covered environmental stories since 2005, focusing on water supplies, climate change, the Rosemont Mine and the endangered jaguar.