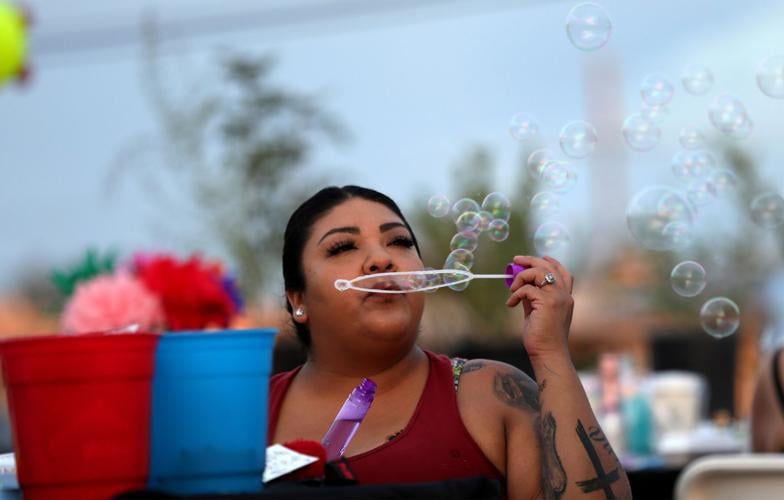 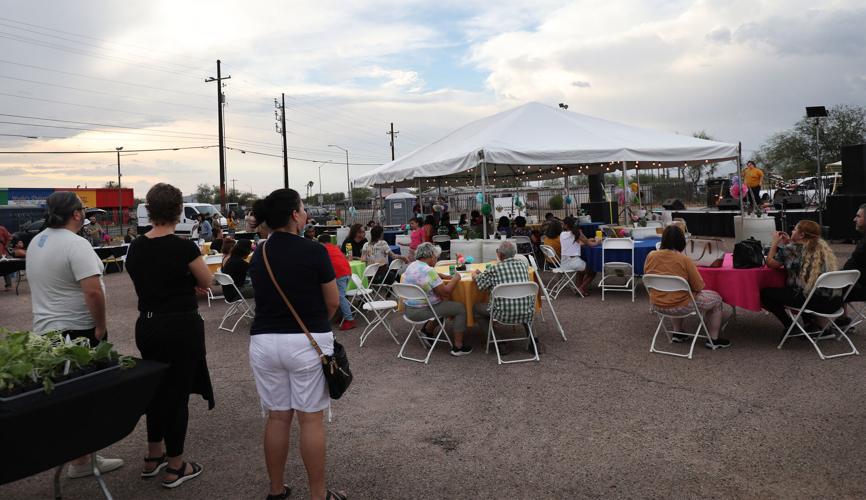 La Doce Space Activation served as a space to share with the neighborhood the efforts of some community members to enhance the south side. 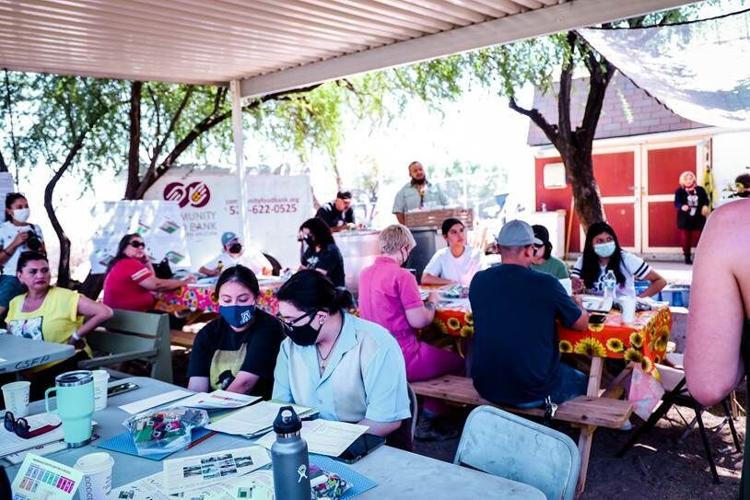 Community leaders Miriam Rojas, Francisca Cruz, Claudio Rodriguez, and Dolores and Victor Encinas build their own space designs with a focus on green infrastructure during a design activity.

Just 6 miles from downtown Tucson, there is La Doce, a 3-mile stretch along South 12th Avenue from 44th Street to Drexel Road with a population of 9,000 in which 90% identify as Latino.

The area’s cultural diversity and neighborhood pride was on full display Saturday as part of the event “La Doce Space Activation,” put on by the Southwest Folklife Alliance in partnership with Regeneración, with performances by Nihil Escapism, YMP and Ballet Folklorico Tapatio, as well as food, artwork and live music.

The event served as a space to share with the neighborhood the efforts of some community members to enhance the south side.

“I would want (folks) to leave knowing that this community in the south side is a community that’s proud, joyful, full of love and care, but that’s also super capable of power of harnessing power and executing power and I mean that by being decision makers and deciding how their community gets designed, and what comes in and what goes out,” Ruiz said.

In 2018, Regeneración, a grassroots organization, partnered with Southwest Folklife Alliance in a project called “La Doce: Barrio Foodways” to hear people’s stories and traditions of food waste that existed in people’s homes. While doing research and talking to the community, Regeneración mapped out about 65 city blocks and green spaces in La Doce.

“Food was the vehicle that took us to a lot of important conversations,” Ruiz said.

In those conversations, some of the issues that came up were the lack of green spaces, gentrification and informal economy.

Data from the Pima Association of Government reveals that the area has the lowest tree equity score in the city, meaning the shade canopy is one of the poorest in Tucson.

The community has been affected by gentrification, where big companies are buying vacant lots to build houses and selling them for higher prices, prices that people from the community can’t afford, Rojas said.

Additionally, there are abandoned properties often owned by people who live out of state. This has led to an increase in taxes and property value.

A work in progress

Regeneración works with an intergenerational cohort of south-side community leaders who meet every other Saturday to discuss topics that are affecting the community and how to address them.

According to a 2016 report by the UA College of Architecture, Planning and Landscape Architecture, La Doce has a higher youth population (30.7%) than metro Tucson (23.3%).

“It is a place of diverse communities from different traditions and cultures,” Rojas said.

Other initiatives in the works include creating recreational areas for families to gather; outside areas where kids, teenagers and young adults can ride their bikes, skate or just hang out; recover existing parks and repurpose the empty properties into community centers.

12 Days of Tacos on 12th Avenue: Follow along as we try 12 different taco spots

To celebrate Tucson this holiday season, our food writer is putting the spotlight on La Doce. Follow along as we eat tacos and soak up the atm…

Capoeira Mandinga Tucson opened its doors in 2006, when Mestra Luar decided to dedicate herself completely to teaching capoeira.