Birthing suites at The Midwifery Center at Tucson Medical Center. 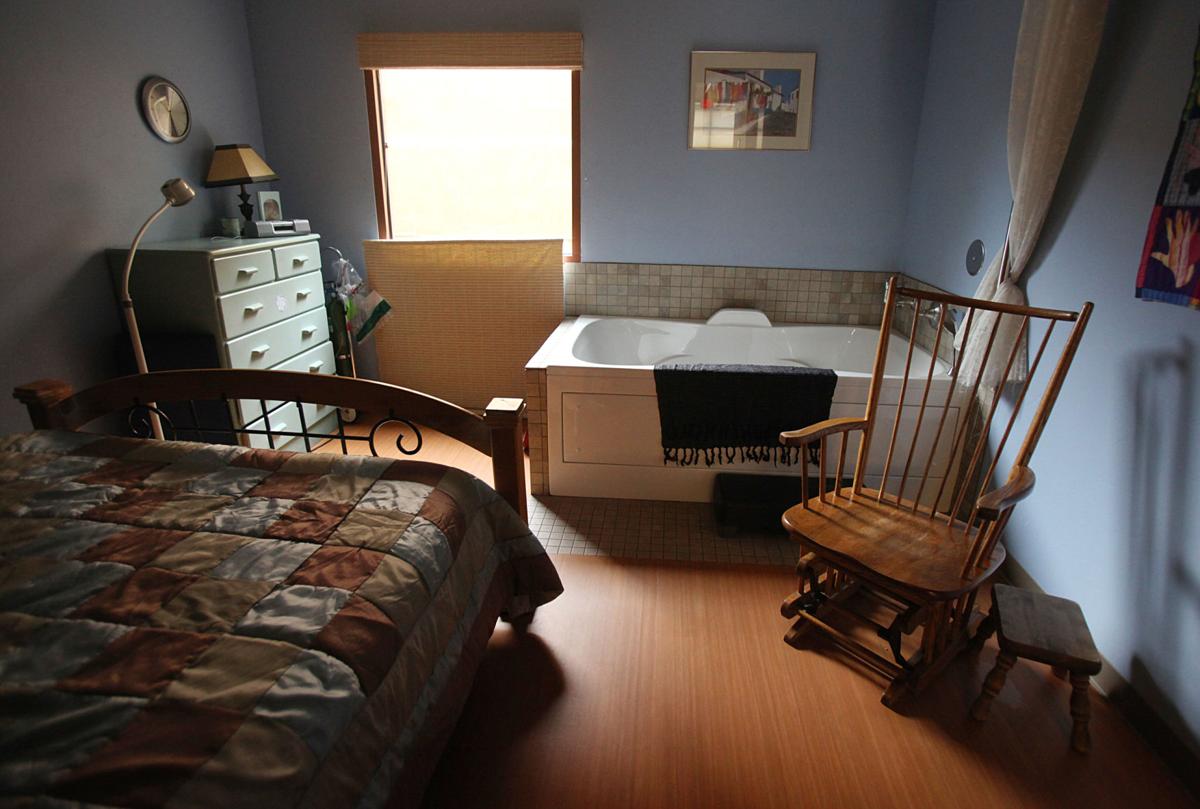 The Birth and Women's Health Center will celebrate 30 years in Tucson on September 30th. In the birthing rooms, there is a tub and a bed for comfort. Tuesday September 11, 2012 Tucson.

After nearly 40 years, the region's only freestanding birth center is moving into a new space at Tucson Medical Center.

El Rio Health, in partnership with TMC for Women, announced Tuesday that a new in-hospital birthing unit with two delivery rooms will open in early July on the TMC campus and the El Rio Birth & Women's Center will stop delivering children.

The new TMC Midwifery Center will provide a midwife-attended, family-centered experience for women who are low risk and want to have a natural, un-medicated birth, the announcement said.

The Midwifery Center will continue to be an accredited birthing center and will offer many of the same options the free-standing center did, such as water births, minimal interventions and support for the normal birthing process. Families will also continue to be discharged 4-12 hours after the baby is born.

El Rio midwives will attend the births at TMC and women will have a choice between birthing in the Labor and Delivery department or in the Midwifery Center.

"We have been longtime partners with El Rio and their midwives have practiced here for decades, so as partners we talked about ways to expand our collaboration, building on strengths of both institutions," said Mimi Coomler, COO of TMC HealthCare.

Because of the long relationship between El Rio Health and Tucson Medical Center, Olga Ryan, health center manager at the birth center, is hopeful that the move will be a good thing for Tucson.

"We've been at TMC for 40 years," Ryan says. "If a woman came to us in the beginning of pregnancy and there was some risk factor that made her higher risk we'd say we can take care of you, but we're gonna offer a hospital birth. People had to be pretty healthy and boring to birth at the birth center. ... So the midwife has always felt pretty good about the model of care at TMC."

Midwives deliver 75 percent of El Rio Birth Center babies at TMC so it made sense to add the other 25 percent, Coomler said.

The new center will have two birthing suites. TMC anticipates that's enough to handle the need, though the current El Rio Birth & Women's Health Center has four delivery rooms. If both suites were in use, a laboring woman would be placed in a hospital room, but have the same low intervention services and be delivered by a midwife nurse.

The Midwifery Center will operate much like the freestanding center — less monitoring, allowing food, etc..., Coomler said. It will also offer water births, a new service for TMC.

For now, the El Rio Birth & Women's Center will remain open at its current location on East Grant Road and will provide all of the same services except births.

Those services include prenatal and postnatal care, well-woman visits, as well as the free mom and baby groups.

There are no plans to close the El Rio Birth & Women's Health Center and nothing has been decided as far as renewing or moving in June 2020 when the lease is up, said El Rio Health's marketing coordinator Nathan Holaway, in an email.

Keeping the mom and baby group alive is a big concern for birth-center mom Rebecca Kruchten, who received her prenatal and postnatal care for her now 9-month-old baby at the center.

She continues to go to the Baby Love group every Tuesday and says she met two of her best friends there.

"That group saved my sanity," Kruchten says. "You get to not feel so alone. Raising a baby can be very isolating because you don't have the village or the women at home helping you. You need to get out and meet other people going through it with you."

Coomler said TMC and El Rio are talking about how to support and expand those programs onto the TMC campus in the future. TMC currently offers labor and delivery education, as well as lactation support.

The birth center's Ryan says there's still a lot of grief over the loss of the freestanding center.

"Ultimately if we can demonstrate women are interested in having this model of care maybe other hospitals will want to do it too and that could be a wonderful thing," Ryan says. "But there is this sense of loss and grief about this place."

Regardless of the fate of the center, Ryan says she thinks even more options will be available for women in the near future.

"There is an informal group working and sharing and talking and looking at real estate," Ryan says. "So I think it's very likely we'll have another freestanding birth center in the next year."

9 Tucson places to meet other moms

Do you ever wish your kid's interests had a related search?

Free admission to the zoo and children's museum for Earth Day

Earth is the star of the party Saturday.

"This is not a smutty sex shop:" All-inclusive space re-opening on Fourth Ave.

Jellywink Boutique is not your typical sex store.

As you know, most Tucson kids will be out of school by the end of the month.