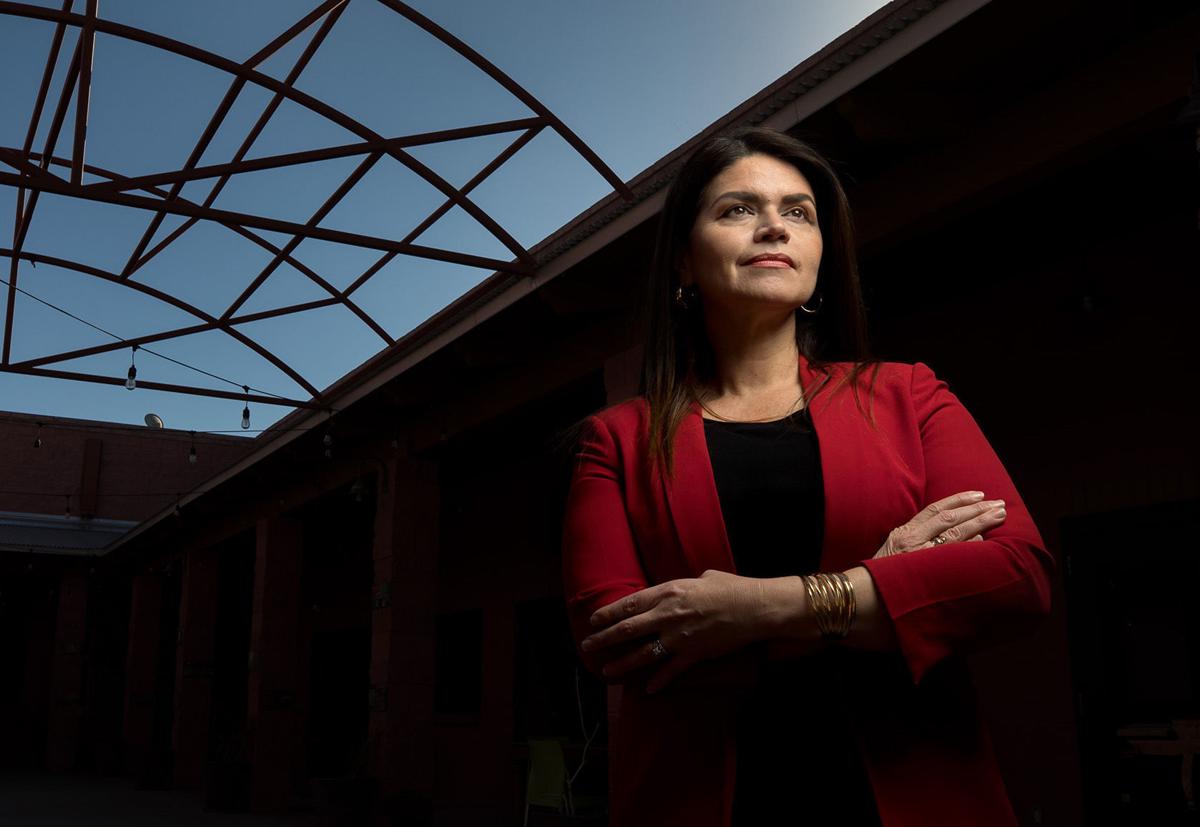 Tucson Mayor Regina Romero in a March 4 photo at the YWCA of Southern Arizona facility in Tucson. 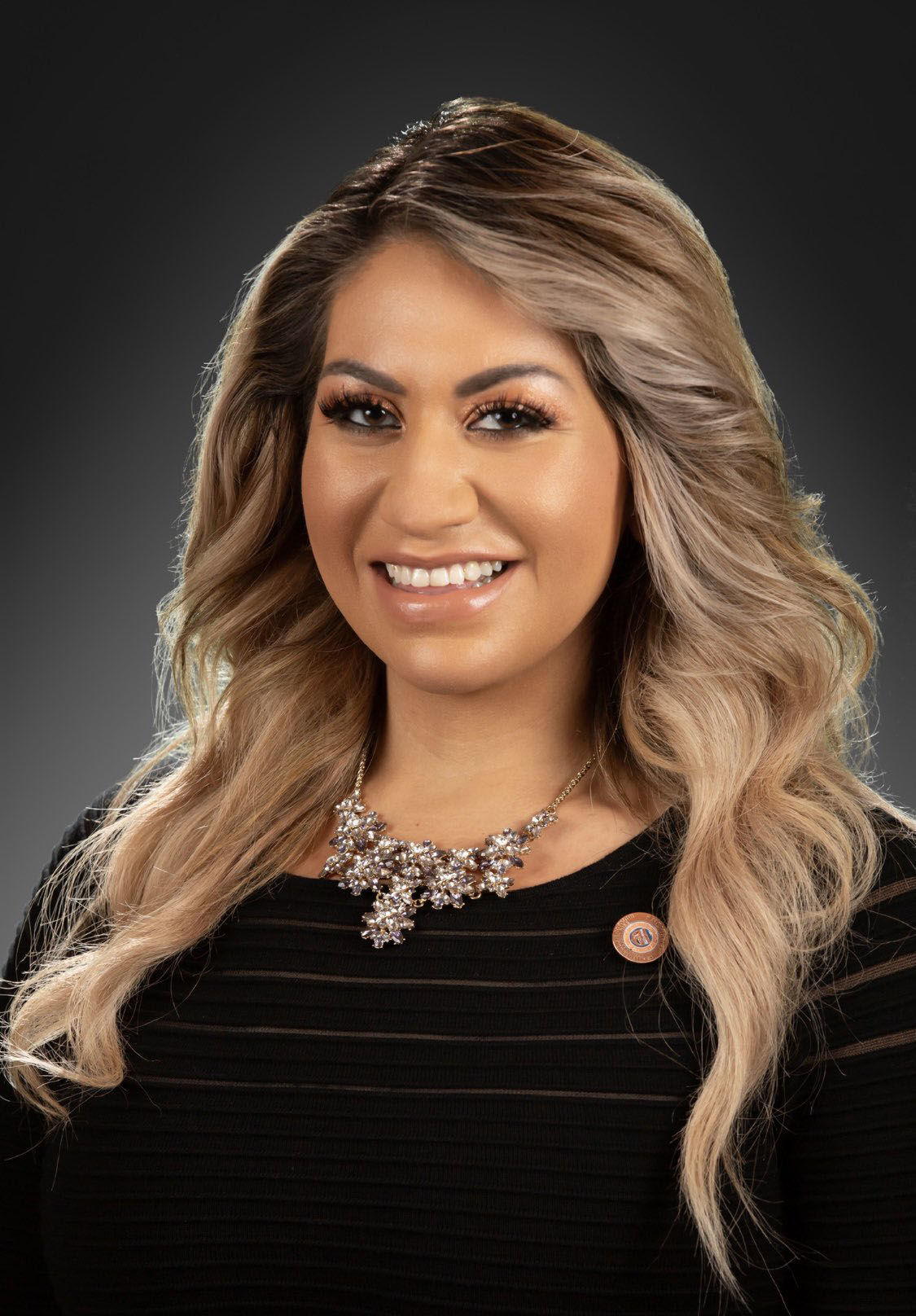 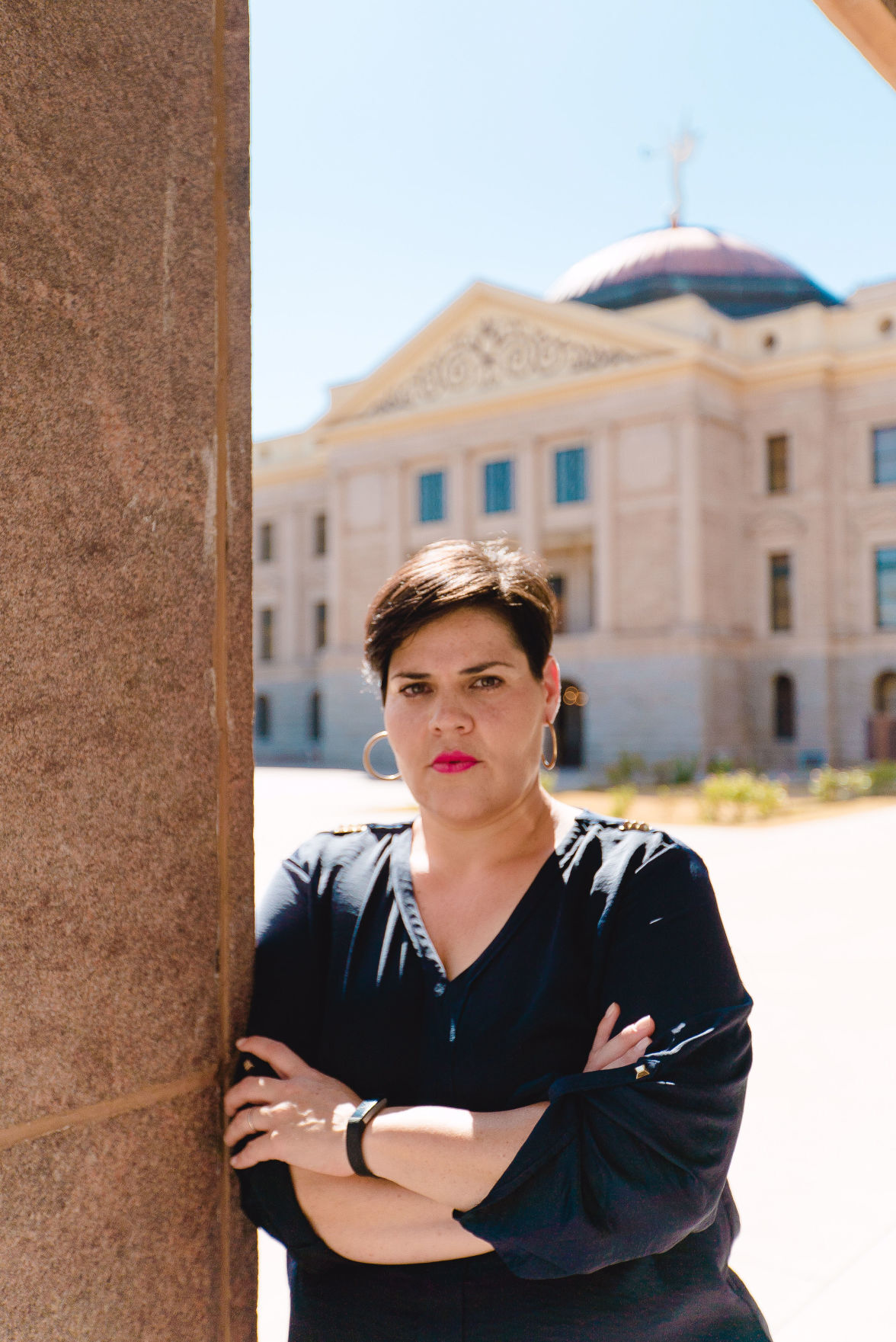 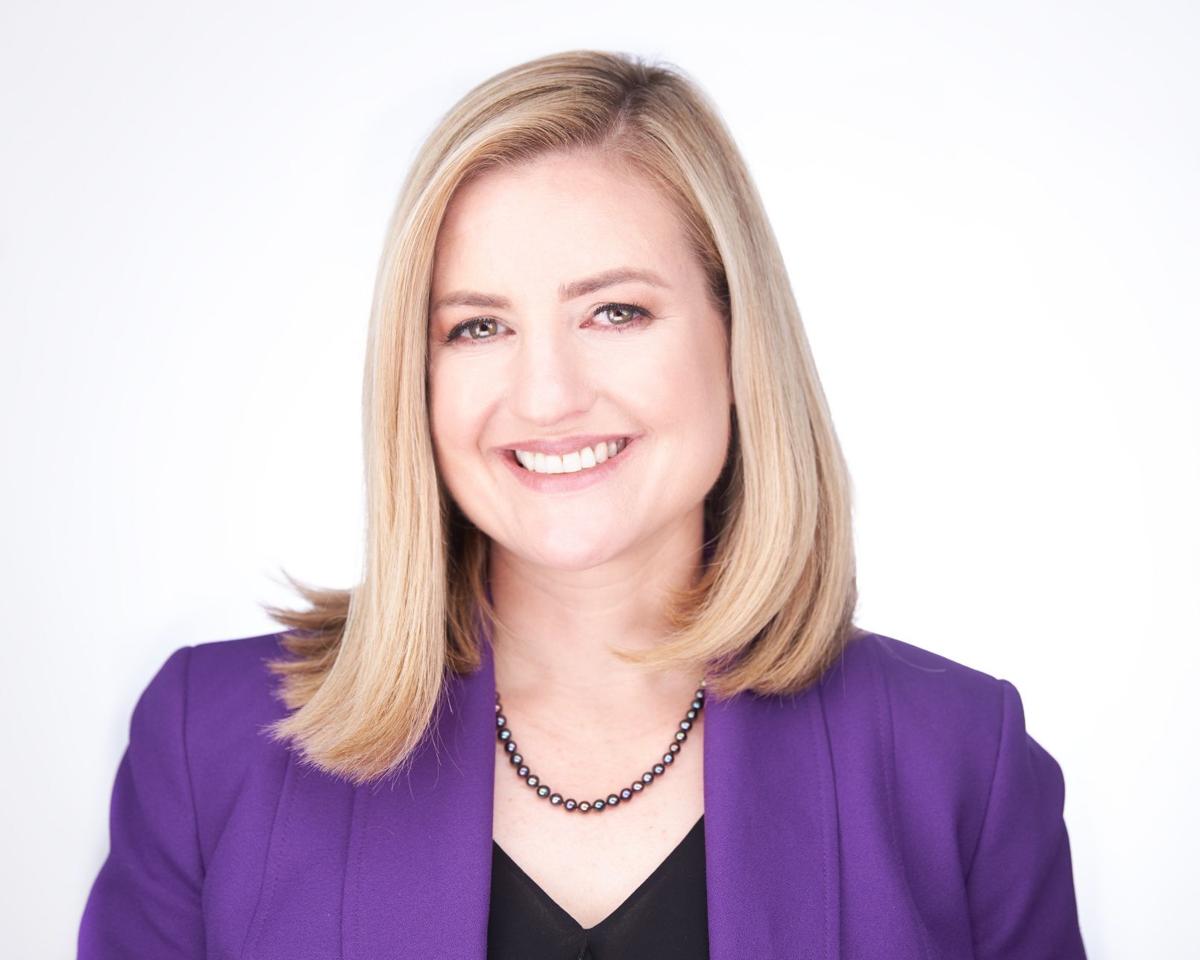 Arizona's female political leaders agree that the path to the positions they now hold has not been easy. They acknowledge that chauvinism still persists and that they face generational barriers and gender discrimination but know their goals will be achieved with hard work, sacrifice, and dedication.

They hold some of the most important political positions in the region and the strength and importance of their leadership has had a clear impact on the handling of the coronavirus pandemic.

At the top of the list, Democrat Kyrsten Sinema made history by becoming the first woman to hold one of Arizona's two seats in the United States Senate.

The mayor of Phoenix, the state's capital, is headed by Kate Gallego, and in Tucson, Regina Romero was the first Latina woman elected city mayor. Recently, State Rep. Raquel Terán was elected Chair of the Arizona Democratic Party, and in the neighboring Mexican state of Sonora, the governor position is held by Claudia Pavlovich.

The list of talented and intelligent women in publicly elected positions in the region grows with each election year.

Each has her own personal story of how she got to the position she now occupies. Some have endured a thorny path while others, like the mayor of Tucson, have politics in their DNA.

From a very young age, Romero listened to how her parents, aunts, and uncles discussed politics, which was a common topic of conversation at family gatherings. Little did she know that a few years later, she would be making history.

"I have always understood the importance of politics, my father and mother explained the importance to us, they told us that politicians make decisions that affect our lives," Romero recalls.

After studying at the University of Arizona, she realized that minority communities were not being represented in politics.

"I wanted to change that, because I understand how important it is to have voices that represent women and Mexican American families in this country," she said.

It was then that she decided to get involved and started volunteering, supporting other candidates and registering people to vote. Encouraging women and Latinos to participate in democracy. Years later, she decided to take a step forward and run for office, first on the city council and then as mayor, to be part of the change she was seeking.

That leadership resonated amid the COVID-19 pandemic, when Romero joined the mayor of Phoenix, and then-Flagstaff Mayor Coral Evans, to take on Governor Doug Ducey in demanding tougher measures to stop the spread of the virus in Arizona.

Together, the three mayors asked him to establish mandatory use of masks. After their persistence, which included public statements and letters, Ducey decided to leave the decision to local leaders.

Romero was even the target of a campaign that sought to petition voters to consider removing her from office. The campaign's organizers accused Romero of failing to uphold "her duties as the mayor of Tucson." They did not gather the necessary signatures to move forward with the petition.

Amid the pandemic, the mayor of Phoenix has demonstrated her leadership by providing necessary resources and making decisions to protect her community.

“COVID challenged every person, city and state with issues we could not have foreseen. I am proud of the City of Phoenix for stepping up to ensure that the health and safety of every resident is prioritized. By providing free tests, rental assistance, vaccine sites and more, we are addressing the most immediate needs so that we can emerge stronger and better,” said Phoenix Mayor Kate Gallego.

The new Chair of the Arizona Democratic Party, Raquel Terán, began her career as an activist fighting against the controversial law SB-1070, also known as "Show Me Your Papers." She was director of the organization Mi Familia Vota, which provides citizenship workshops and helps Latinos register to vote and be engaged in the voting process, and in 2018 she was elected State Representative for District 30.

The early days in politics for Terán, a Mexican American who grew up in Agua Prieta, Sonora, were full of ups and downs.

"It's difficult because this is a space that has been reserved for men for many years. We as women are starting to take the lead and say, 'Yes we can.' We don't have to wait until it is our turn," said Terán.

Terán also says that women, and especially minority women, should be asked several times if they are interested in running for office, while men are always ready.

"They have to learn to say at least they're going to think about it. That's something that has taken me years, to say, 'I'm going to consider it.' Maybe it's not in my plans but it starts with saying yes,” Terán stressed. "That is one of the challenges we face as women."

The Democratic leader said the political landscape for women has changed in recent years. In the Arizona House of Representatives, the majority of Democratic Party representatives are female, and the Republican Party is also beginning to see some shifts.

She added that a clear example is that of Senator Sinema, who is one of the leading women in the Senate and has been a strong advocate in the search for resources for Arizona in the midst of the pandemic, such as her recent request to send more vaccines to the state.

Terán notes that women in these positions must have a balance between home life, family and work, something that differentiates them, she said, because it allows them to better understand the priorities of the communities they serve.

"As politicians we have to be connected to where the needs are in order to be more effective," she said.

Other Types of Barriers

State Rep. Alma Hernández, a Tucson native, is the youngest member of the Arizona House of Representatives and agrees with her colleague that the effort required by women to get elected is greater than that of men.

“Personally, I have experienced moments when someone says to me, 'You don't understand, how amusing,' or they try to minimize the things I am talking about by mentioning my age. They tell me I haven't lived long enough and that I have no experience," she explains.

She says that being a public person in politics and a woman causes her to bump up against other types of barriers.

“We live in a time where we see more women becoming involved in politics and have run for positions of power, but it’s not easy to do so. It is very difficult, especially for me as a woman, to run for office and have the public's support. We have to work very hard to get a seat at the table," she says.

Hernández also mentioned the case of Senator Sinema and used it as an example of the attacks and questions directed at women.

“People criticize her for the way she dresses when she goes to the Capitol or her hairstyle; that's something you don't see happening to men. I don't care if she arrives at the Capitol with a pink or purple wig," said Hernández. "Just the fact that she’s a woman doesn’t mean we all get to tell her how to behave. That doesn't determine how well someone can do their job. It's something that needs to stop in our society.”

Paula Díaz is an independent journalist with extensive experience in print and television in the United States and Colombia, her country of origin.

Some other women who have played strategic roles in state and local politics during the Arizona pandemic include:

Cara Christ, Director of the Arizona Department of Health Services

Whether studying, working or helping others, Yakeleen and Azul, students from Pueblo High and Tuson High, have become role models for Latina women. They are the present and the future.