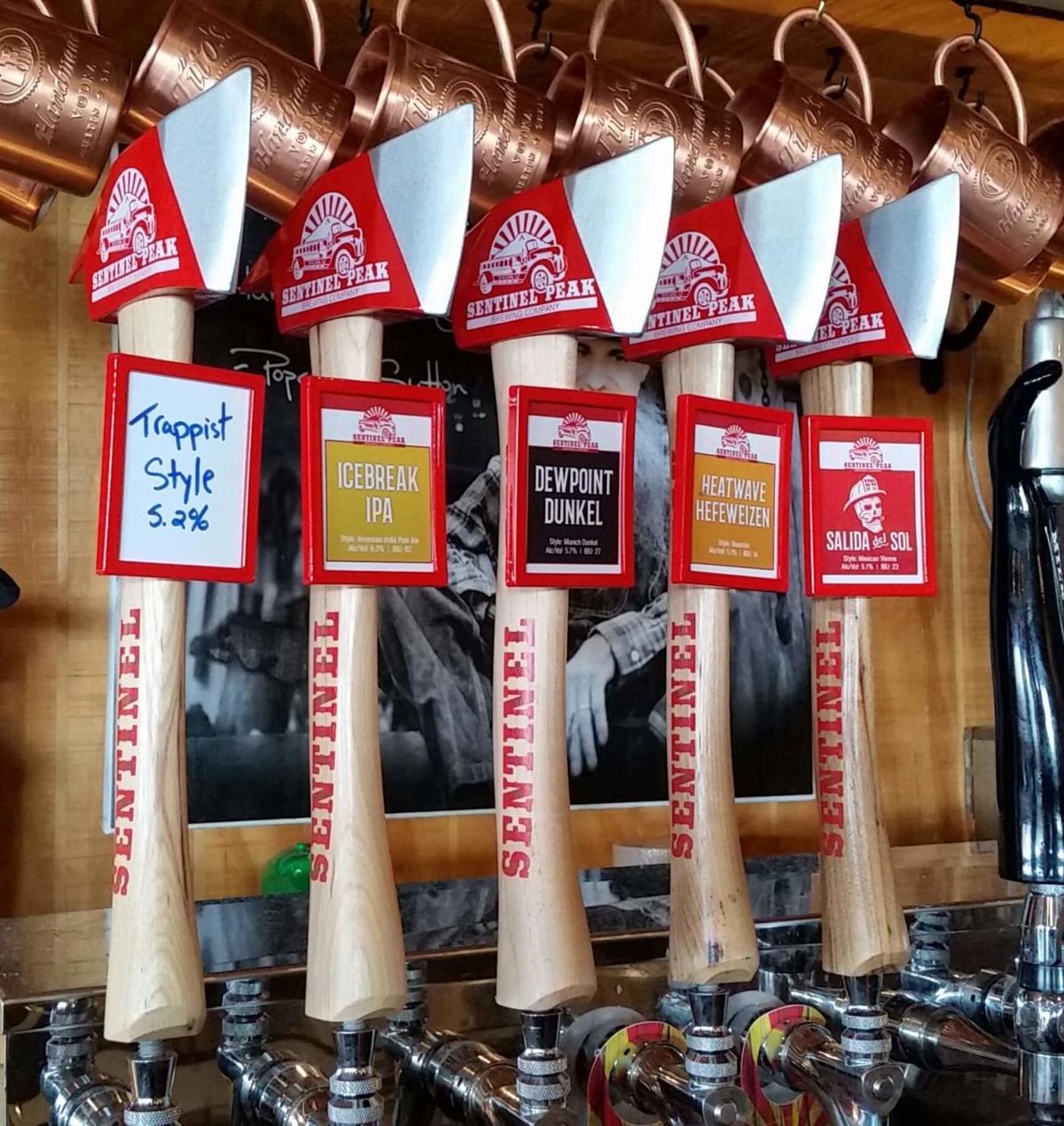 Stillhouse Grill and Bar will soon be repranded Sentinel Peak East, the second craft beer-centric restaurant from the 5-year-old brewery. 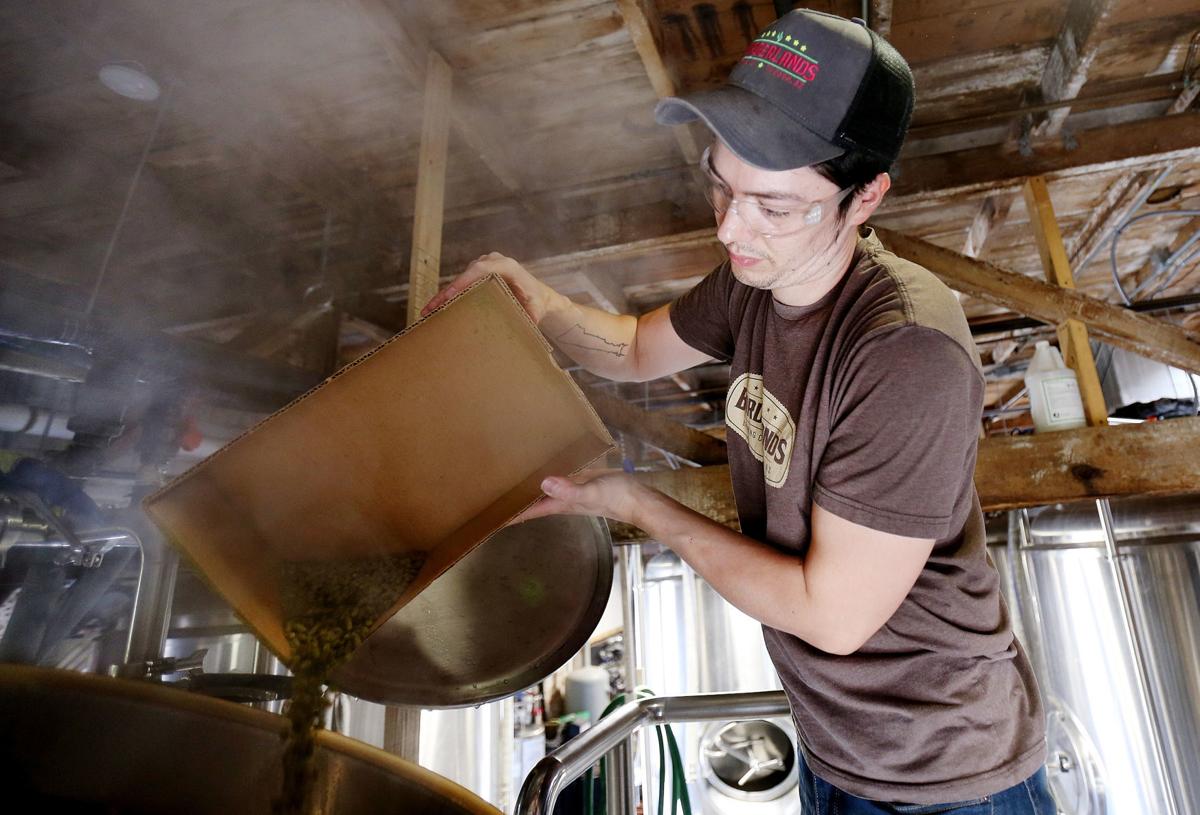 Borderlands Brewing has outgrown its location at 119 E. Toole Ave. and will shift production to the new building. Here, Dan Bruner adds hops to the boil for Borderlands’ vanilla porter. 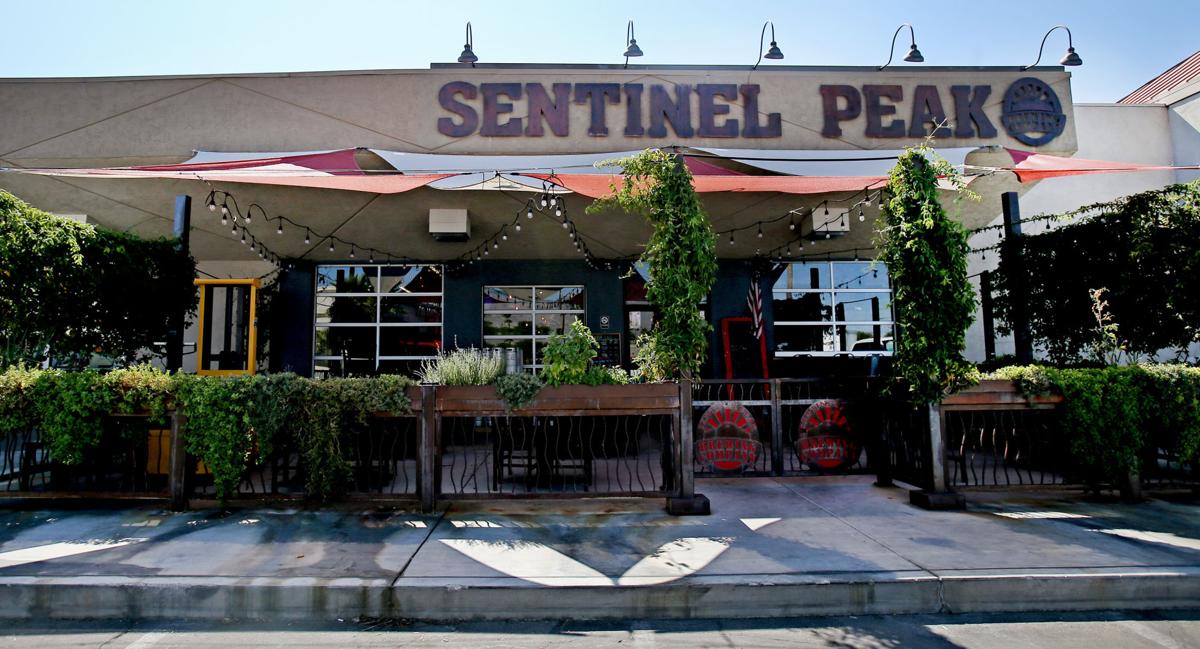 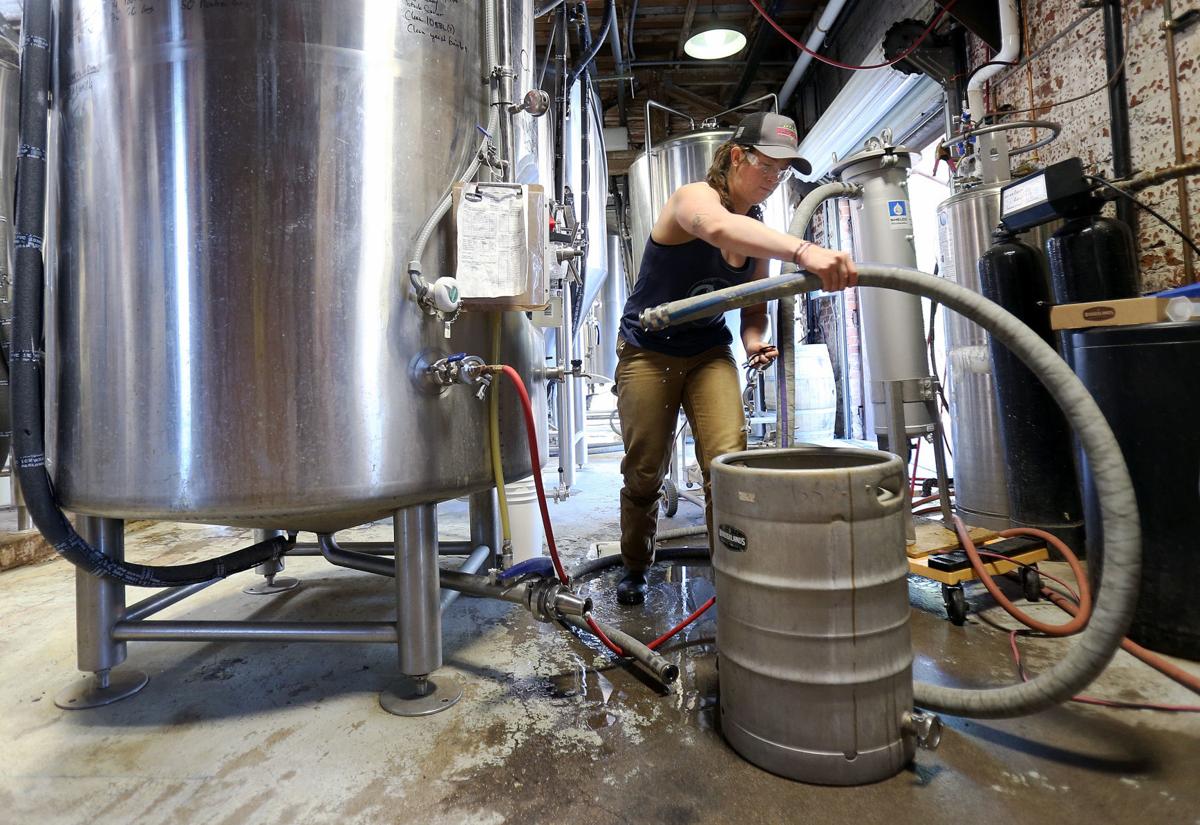 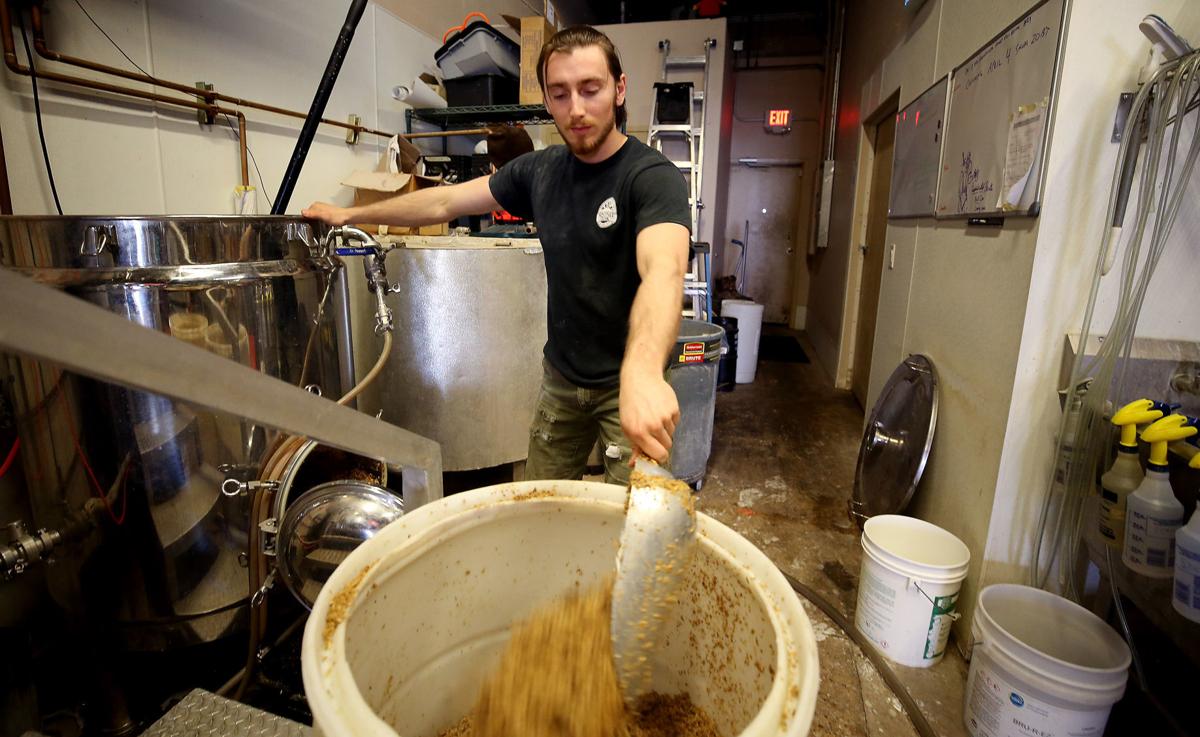 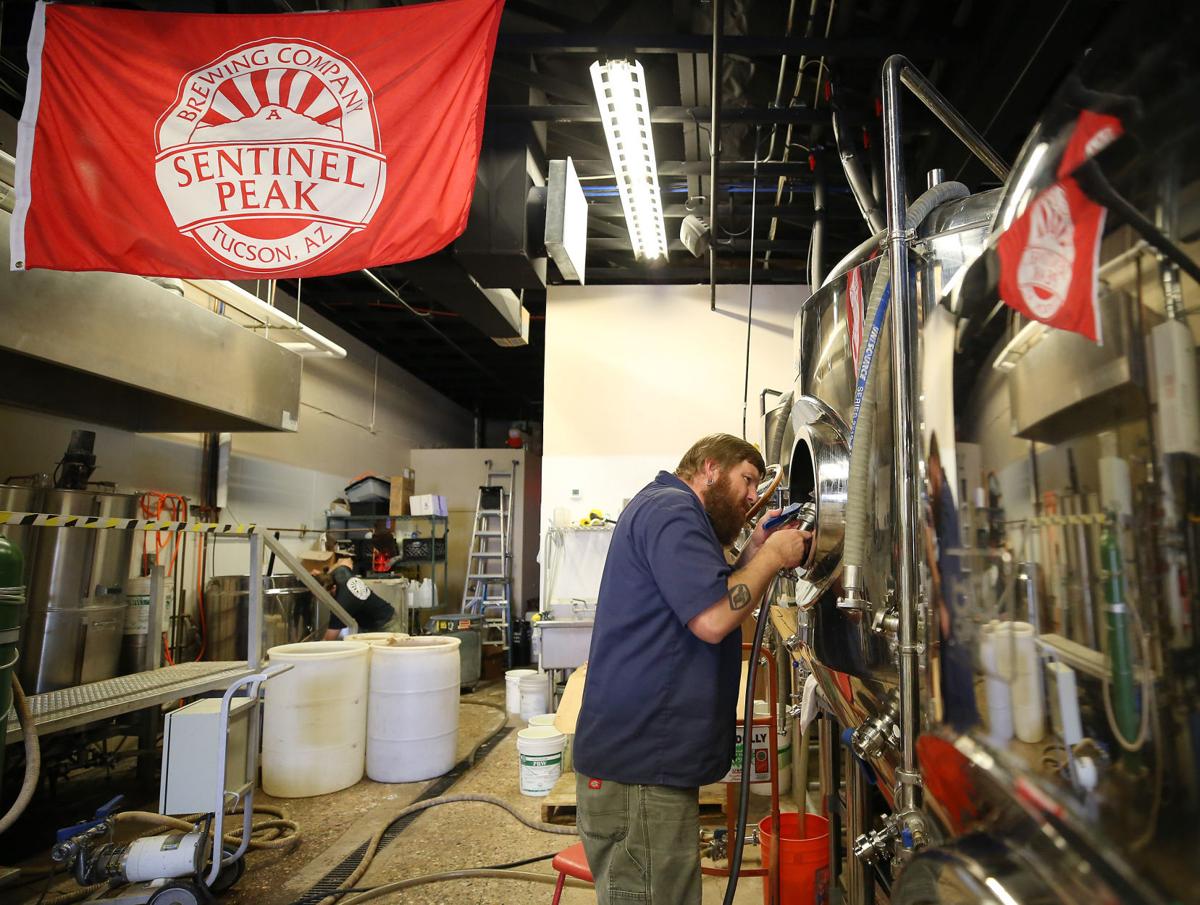 Stillhouse Grill and Bar will soon be repranded Sentinel Peak East, the second craft beer-centric restaurant from the 5-year-old brewery.

Borderlands Brewing has outgrown its location at 119 E. Toole Ave. and will shift production to the new building. Here, Dan Bruner adds hops to the boil for Borderlands’ vanilla porter.

The midtown craft brewer this week took over the Stillhouse Grill and Bar, 9155 E. Tanque Verde Road, which will be rebranded Sentinel Peak East in the coming weeks, said Jeremy Hilderbrand, who co-owns the 5-year-old craft brewery with two fellow firefighters.

The Stillhouse menu will eventually be incorporated into Sentinel Peak's menu of barbecue and smoked meats and burgers, but to what extent will be determined after Hilderbrand's staff has had a chance to settle in and chat with customers.

Hilderbrand said the combined menu will be unveiled when they officially launch the rebrand on Feb. 16.

The restaurant's extensive craft beer taps, though, will be devoted to Sentinel Peak's five flagship beers and seasonal brews.

Stillhouse is open from 11 a.m. to 10 p.m. Sundays through Thursdays, until midnight Fridays and Saturdays.

The popular spot sells everything from pizza and Greek food to sliders and poke. Oh, and beer and wine options to try after a long day of treasure hunting.

The best part: American Eat Co. is a ten minute drive from most of the gem, mineral and fossil shows along the frontage roads downtown.

While not a restaurant, Cobra Arcade Bar in downtown Tucson is the perfect way to relieve a little stress after hours.

The bar, on the northwest corner of East Congress and North Scott Ave., offers hundreds of classic arcade games and pinball machines, from Street Fighter II to Tron.

Try one of their game-themed cocktails (with names like the Kirby and Krazy Kong), then hit any of the surrounding restaurants along Congress for some evening eats.

This is the second Cobra Arcade Bar in Arizona, with its sister location in downtown Phoenix.

The brainchild of local restauranteur Bin An, Hoki Poki follows the build-a-bowl method, allowing customers to choose the protein (fish) and toppings they want piled onto their plates.

An has since opened a second location at 2643 N. Campbell Ave.  and serves Hoki Poki during lunch at his downtown restaurant MiAn Sushi and Modern Asian Cuisine. Locations in Vail and Marana are expected to open this year.

Gem show visitors who enjoy the beer that 1055 Brewing Company has produced over the years have more to look forward to in 2019.

Now called Ten55 Brewing and Sausage House, the company has moved into new digs downtown and offers a selection of meat and vegan sausages in a German beer garden-style setting.

You can find Ten55 just east of the East Congress/South Scott Avenue intersection.

This midtown restaurant has quickly risen in the ranks of popular fine dining in Tucson.

“We really want to be a neighborhood spot. A comfortable spot,” chef and Tito & Pep owner John Martinez told the Star in November.

The Boxyard is brand spanking new to North Fourth Avenue. So new that, at last check, the outdoor beer garden and boxcar food court was still getting all of its dining options in order.

When food is available, you’ll tentatively be able to nosh on Sonoran dogs, Vietnamese food, barbecue and pita plates.

In the meantime, enjoy a beer, glass of wine or cocktail while looking out over North Fourth Avenue from a second-floor boxcar balcony that faces the street.

Seafood takes centerstage at Charro del Rey, a new concept launched by the Flores family, known best for its El Charro brand and more recently, Charro Steak, which is situated right next door.

The restaurant's website describes its cuisine as a "gallery-like menú of classic and delicious 'Charro Family' takes on seafood and prime dishes that range from the staples of legendary coastal dinner house menus of our childhood to the marinated mariscos made famous in such Mexican regions as Sinaloa and Sonora."

This noodle shop, which replaced Impress Hot Pot in a strip mall on North First Avenue, makes its own noodles, including biang biang noodles, according to This is Tucson food writer Andi Berlin.

Berlin describes the noodles as “belts of hand-pulled wheat.”

“They’re hearty and thick and taste like Chinese lasagna,” she added.

Technically, Rollies opened just before last year’s gem show, but we felt it deserved a second mention. This outdoor dining establishment, located on Tucson’s south side, offers a new take on traditional Mexican dishes, in a concept developed by local chef Mateo Otero.

The atmosphere is fun and funky, with a menu that includes burros, tortas and rolled tacos.

If you are midtown, Sentinel Peak on East Grant Road can satisfy your trivia needs, Tuesdays…

Catch Tucson's BOCA Tacos on the Travel Channel this Saturday

Fans of BOCA Tacos y Tequila can catch the popular taco spot on the Travel Channel's "Best Places To Pig Out" this weekend.