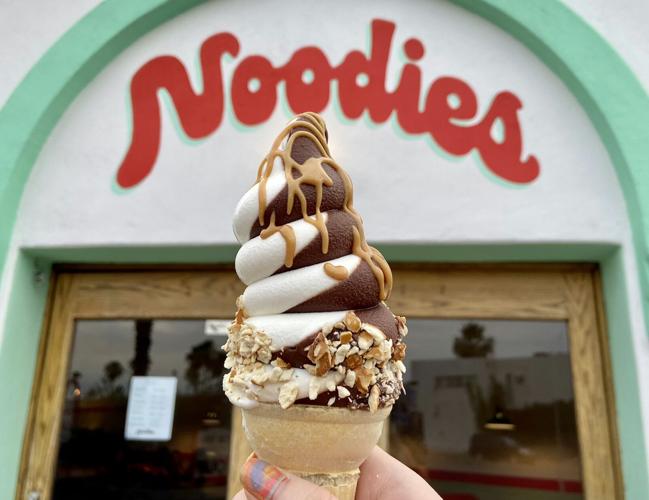 Noodies is the new sister restaurant to downtown's Ceres. If Ceres is inspired by old-world Italy, Noodies is the Italian-American "wild child" follow-up. 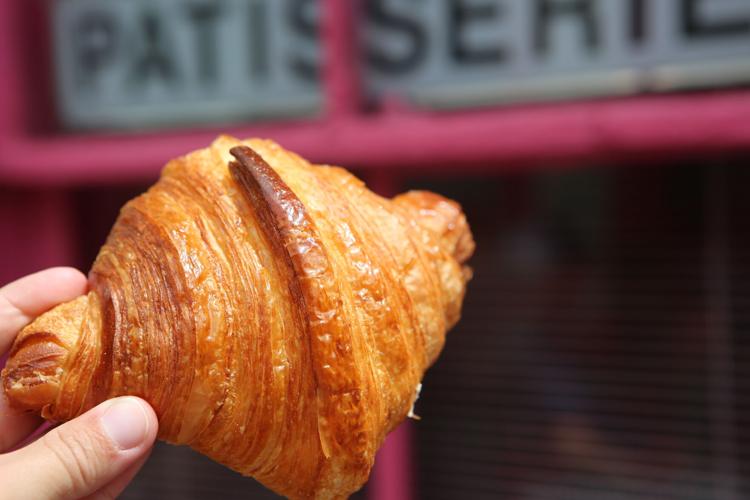 The plain butter croissant ($4.95) at Patisserie Jacqui is the most exquisitely laminated pastry we've found in Southern Arizona. 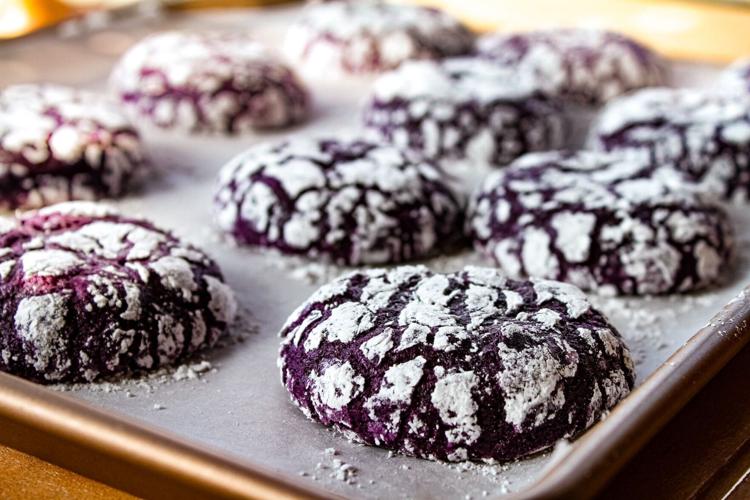 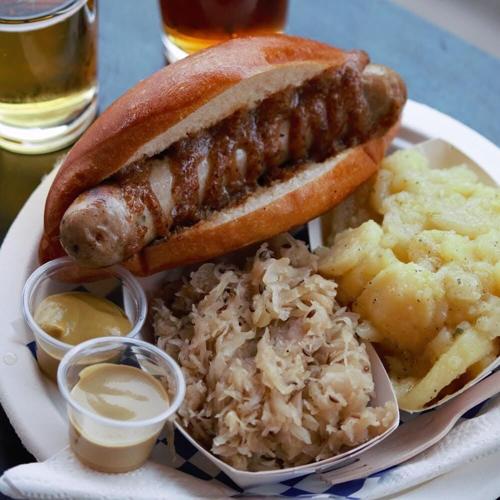 Bratwurst, potato salad and a generous serving of sauerkraut from Haus of Brats food truck at AZ Beer House. 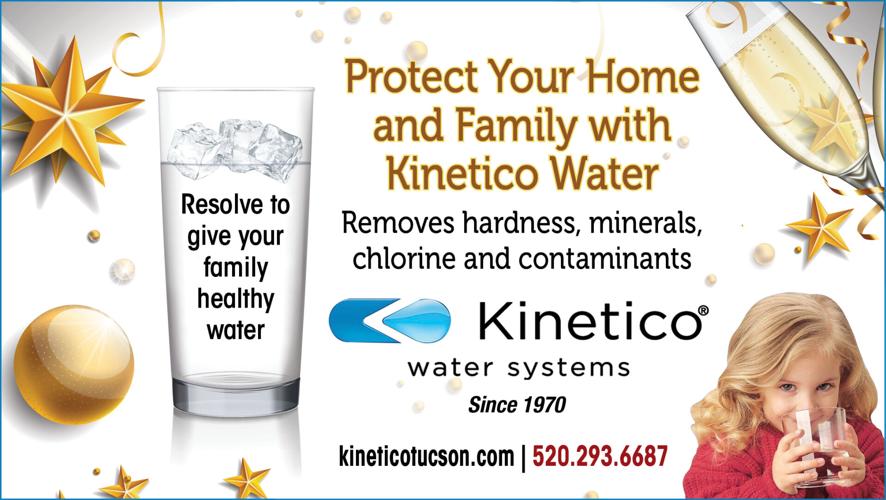 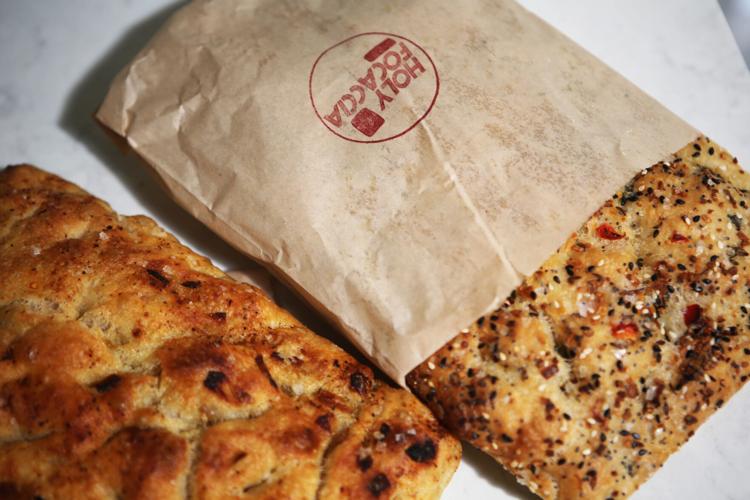 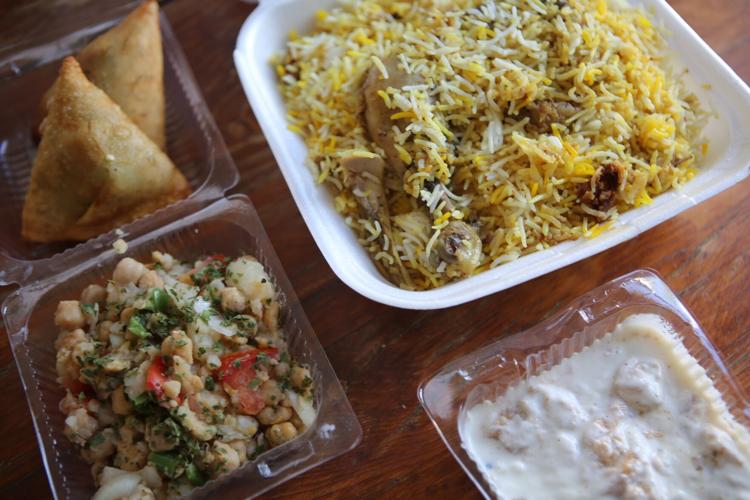 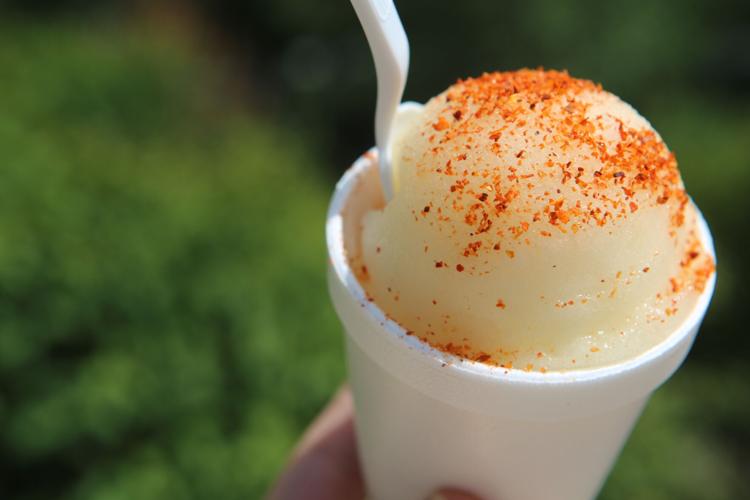 Finitos' Italian ice comes in over a dozen refreshing flavors. Pictured here is a small ($2) pineapple with Tajín — sprinkled on, complimentary! 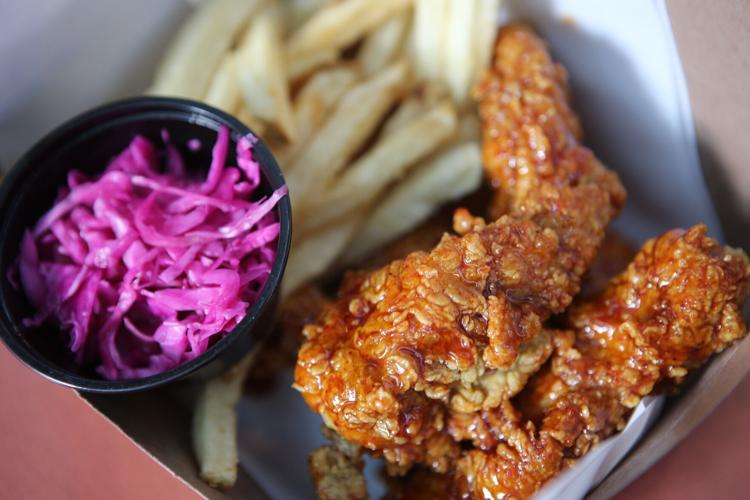 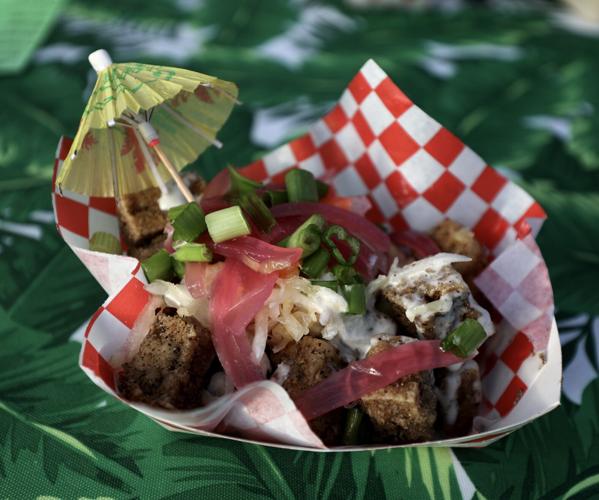 Tofu Tots from Tita Tita. Tita Tita is a Filipino-inspired street food concept paying tribute to all the aunties that work so hard to make it. Tita Tita focuses on fun and vibrant flavors of Metro Manila. 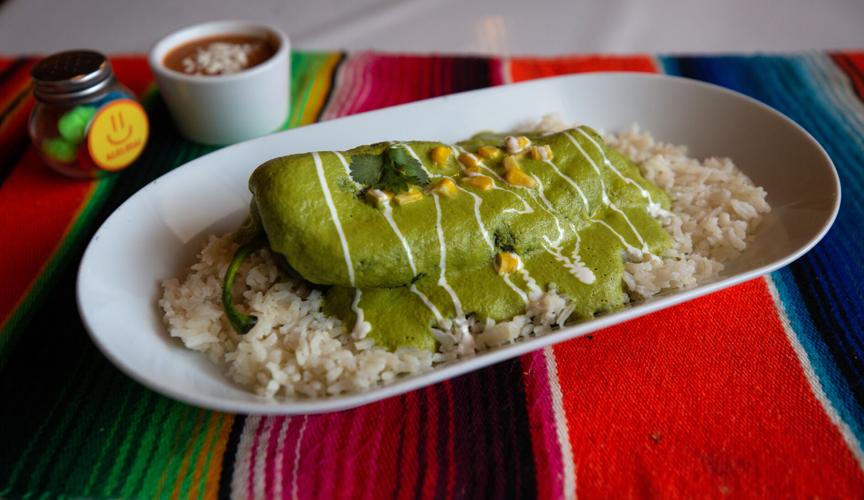 This stuffed poblano can be found at Buendia restaurant, 2530 N. First Ave. 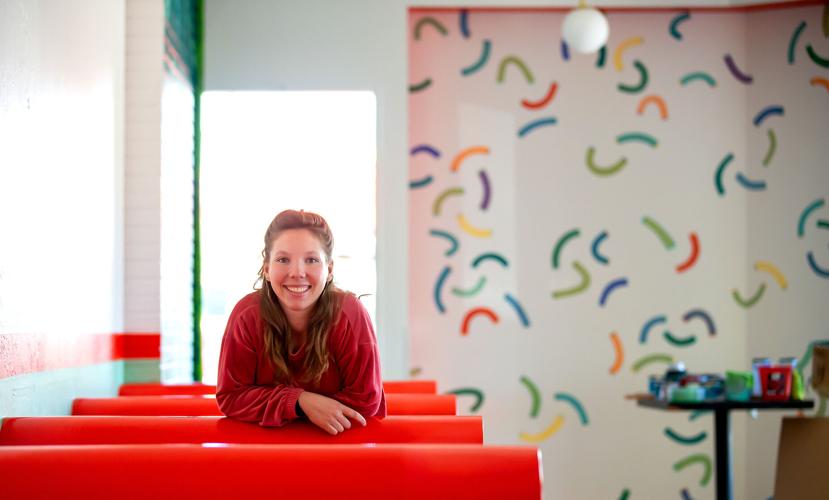 I’m always skeptical of listicles and best-ofs. Taste is so subjective, and winnowing the flavors that make Tucson home down to 10 feels reductive.

What’s as meaningful to me as a food writer are the everyday miracles too numerous to count: the magic of perfectly sweet green corn tamales found at a local carniceria; the triumph of a new food truck finding its niche in Tucson’s crowded field.

But one of the great treasures of the end of the year is the opportunity to reflect and savor what we’ve learned. When I was thinking about my first full year as a food writer, a tight group of foods and food trends immediately came to mind as the most precious of the year — the inspiration I’ll be taking with me into next.

When I was trying tamales for my roundup of where to get them this holiday season, my favorite tamal in Tucson couldn’t make the list. Buendia, 2530 N. First Ave., doesn’t sell tamales by the dozen; instead you get them tucked in a poblano pepper and covered in creamy, fragrant fresh poblano mole.

The owners of Buendia said they were inspired by Prep & Pastry’s dominant brunch setup. I think they created something that shines bright on its own: a site of joy, (as they would say, alegria) made from good food and the people who share it.

So much of Tucson’s wealth as a foodie city are our informal institutions: our food trucks, carnicerias, food courts, farmers markets, mercaditos and home bakers. Some of the vendors I was most excited to try in 2022 were cottage bakers, and I wasn’t able to try every one that impressed me online.

The ones I was able to try impressed me by offering goods that are hard, if not impossible, to find elsewhere: Holy Focaccia’s heavenly bread, Chez Peachy’s mirror bento cakes, the relatively obscure French pastry called the canele from Okashi (which is looking to move into a commercial kitchen next year).

Home bakers are the brave forefront of what’s possible in Tucson. I’ll definitely be on the lookout to try more in the coming year, from Raison Pan to Novia’s Bakery.

Those who know me know my least popular food opinion is a distaste for chickpeas. What can I say, I’m not a hummus girlie (unless you take the shells off the chickpeas beforehand).

It’s pretty much indefensible, as chickpeas are the basis of SO many incredible heritage foods across cultures. But even the dormant picky eater inside of me was not only charmed but fully won over by the chana chaat at Desi Snacks and Sweets, next to Desi Mall, 4662 E. Speedway. It’s unlike any other chickpea salad I’ve had before. The bite of fresh onion combined with the house-made blend of spices, vinegar and herbs makes for a uniquely tangy and completely addicting snack.

Filipino food has always been delicious; its mark on American cuisine cannot be reduced to a trend.

Locally, Nick's Sari-Sari Store, 2001 S. Craycroft Road, has been holding down Filipino food for years. But this year we were lucky to host a surge of Filipino vendors in Tucson. From pop-up Tita Tita’s delicate yet powerfully flavorful lumpia to home baker Ube Bae’s crinkle cookies, they've made Pinoy cuisine more accessible, and we're thankful for that.

Two of my favorite foods of the year were not made in Tucson. Finitos, 775 N. Perkins Ave., is an Italian ice shop in Nogales, Arizona, that is known by locals as better than Eegee’s.

The shop is tucked away on a tree-lined street in the foothills of town. The hot summer day I visited, a family stopped by on the way home from the pool. Summer can be rough in Tucson, and a day trip to cooler Nogales was made perfect by this icy treat.

I have a short list of my favorite food trucks — at least of the ones I’ve been able to try so far.

Haus of Brats is dearest to my heart as someone who grew up eating Oma’s German food. Nowhere else in Tucson can you find Wurst and Leberkäse as fine and true to memory as Haus of Brats. Finding them felt like a lifeline, a little cure for Heimweh (the German word for homesickness). Writing about them was one of the pleasures of my year.

This is a last-minute inclusion. I tried Oh My Chicken for the first time two weeks ago. But in that short period of time, they left a bold impression on me as a leader of fried chicken in Tucson.

I’m sad that fried chicken spot Cluckers closed halfway through the year, but Oh My Chicken, 5870 E. Broadway in Park Place Mall, is more than a consolation. Owner Myungjin Choi brought recipes from his home, South Korea, and spent two years adapting the recipes to the ingredients he could get imported to Tucson. The painstaking effort is evident on the first bite, when the days-marinated chicken hits you with the right crunch.

Over the course of 2022, Noodies (and their sister restaurant, Ceres) delivered a new mouthwatering gelato combination on Instagram practically every week. More often than not, I’d send my editor Gloria a photo of their cones (topped with “the works”). If she hadn’t already seen the photo, sometimes she’d already have tried the gelato. For the record, her favorite flavor of theirs is cheesecake — and she’s tried 15 of them. Because the flavors rotate, it’s hard to time it right. But I keep my eyes peeled.

Tucson has a lot of great pastries, from talented and passionate bakers like Hannah Houlden and La Estrella Bakery’s Franco family. But on my foodie excursion to Bisbee, I got to try pastries that taste like they were made in France. As a pastry hound, Patisserie Jacqui’s plain croissant was one of the outstanding things I ate this year. If you like pastries as much as I do, the trip down to Bisbee might be worth it for the croissant alone.

Surprisingly, my runner-up for favorite thing at Patisserie Jacqui, 91 Main St., is not any of the other croissants but the passionfruit cheesecake. I’m not partial to cheesecake, but her rendition was puckeringly fruity and one of the most delightful treats of my year. The passionfruit coulis on top was especially potent, and I was heartened by a gluten-free option that was far from a compromise.

Tucson has long been a destination for people coming from elsewhere: fleeing the cold in the north, or soaring rent on the west coast. Tucsonans are at times familiar with the consequences of this migration: higher cost of living and worse traffic are some of the most ubiquitous. But alongside these hardships, I’ve found a silver lining in the stylish, innovative food vendors that have recently set up shop in Tucson from cities like LA and New York City. They bring with them flavors that are hard to find in Tucson.

These new arrivals have worked to integrate into their new hometown. Filipino vendor Tita Tita, from LA, only started appearing at events and venues that they themselves love, like Porch Fest in their neighborhood or the now-shuttered Spaghetti Club. Brooklyn expat Holy Focaccia opens her backyard every Sunday to neighbors stopping by to pick up their bread. Next year, I'm looking forward to trying Good Pierogi, and surely more vendors to come.

Resolve to give your family healthy water

Restaurants, breweries and coffee shops know that clean, pure water is crucial. This new year, you too can get that at home with Kinetico Quality Water, which removes more contaminants than any other system. Save up to 20% off a Kinetico K5 drinking water station (restrictions apply) or call today for your free water analysis. Visit KineticoTucson.com.

Buendia Breakfast & Lunch Cafe is Tucson's new brunch spot. Their bright decor commands as much attention, and brings as much joy, as their inventive menu, with items like tamale-stuffed poblanos alongside traditional pancakes.

Better than Eegee’s?! A foodie day trip to Nogales, AZ

Looking for a day trip in Southern Arizona? Here, we're making the argument for a visit to Nogales, Arizona. The small town packs a big punch. Here are our recommendations for food and things to do!

After an indulgent holiday season, our food writer breaks down some lighter options from Tucson, Arizona restaurants. This is an anti-New Years' resolution article: we just want to share options for lighter eating for people who are craving that, any time of year.

Tucson farmers markets are home to foods that can be hard to find elsewhere. They've become a proving ground for small pop-ups that have evolved into brick-and-mortar restaurants. Here are eight food vendors to try.

Dean Blair started Okashi Ice Cream and Confections to apply Japanese techniques to local ingredients. He makes unique ice creams like saikyo miso and vegan ube. His pastries include a range of hard-to-find options like canelés and matcha cream puffs.