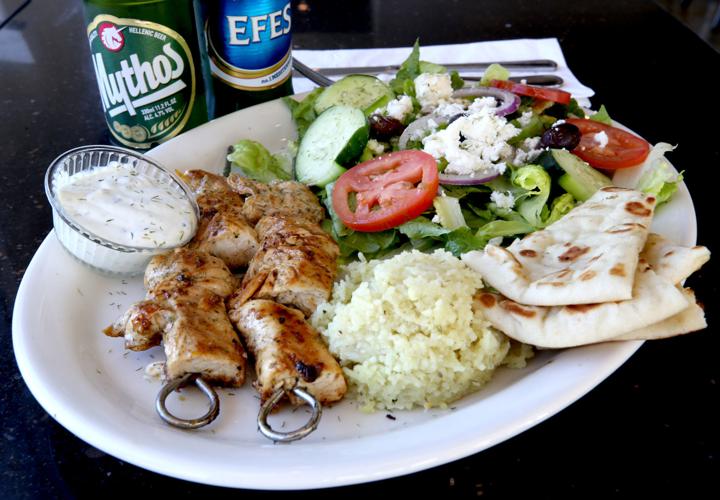 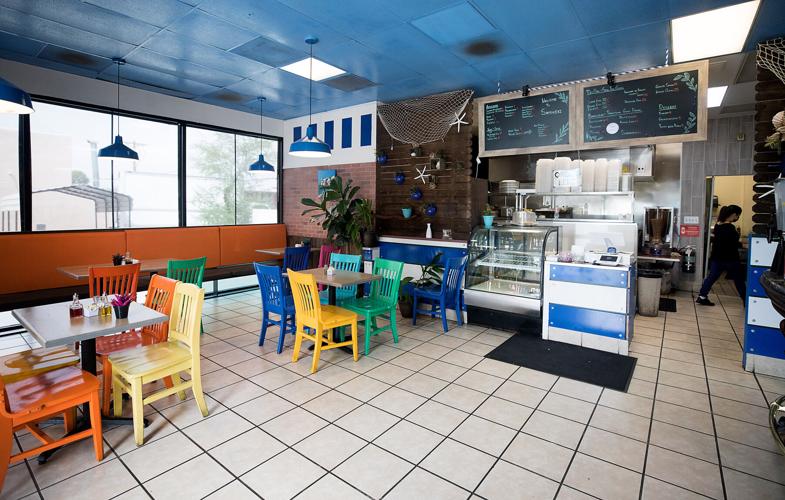 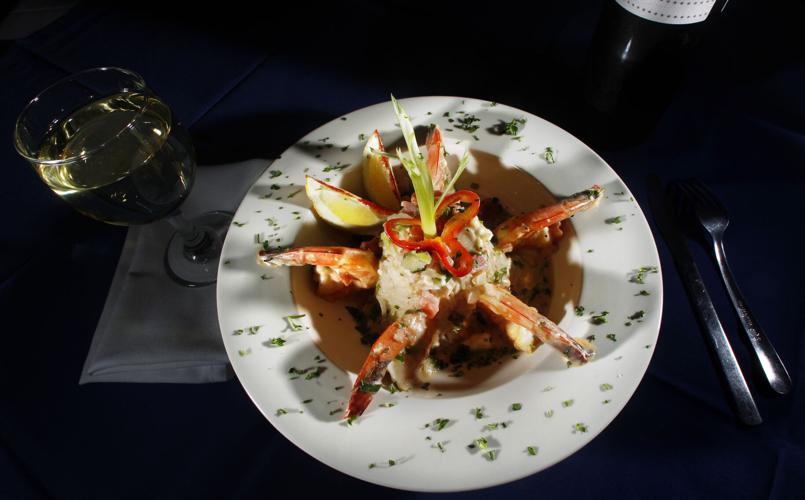 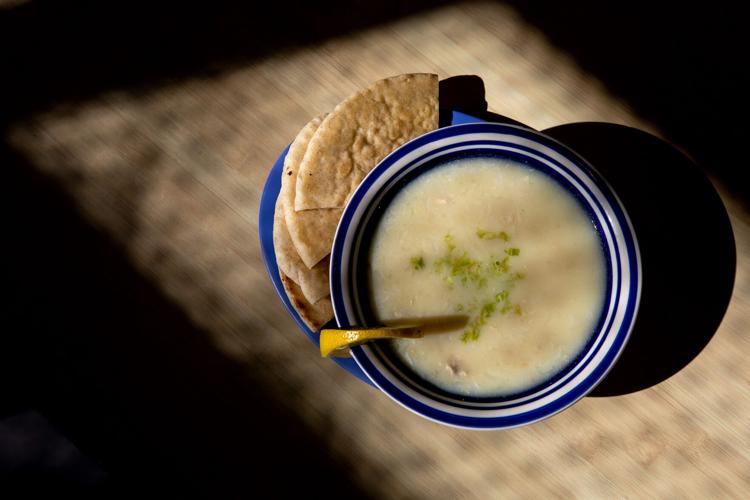 The sights, smells and spanakopita associated with the annual Tucson Greek Festival will not be present along East Fort Lowell Road this year.

The property owned by St. Demetrios Greek Orthodox Church, home to the Greek Festival for more than 45 years, was auctioned off in August.

A new church and event center are being built at 3939 N. Alvernon Way, but church leaders are holding off on hosting the festival again until construction is complete.

The last few years have been hard on Greek cuisine with the closure of The Greek House and Fronimo’s Greek Café on East Speedway, and Pelio Grill on East University Boulevard.

But there are still a few spots in town where one can feast on tasty Greek-style dolmades, gyros, lamb and chicken dishes.

Here are some spots where you can still eat like a Greek.

Authenticity is key at Santorini Greek Café, named for the Greek island known for its cliff-side homes and stunning views in every direction.

The view from the café is a little less stunning — an Eegee’s and the Old Peking Chinese Restaurant across a very busy East Speedway — but our guess is that you’ll probably be too busy feasting on owner Fatos “Foti” Alushaj’s culinary creations to even notice.

Alushaj learned the ins-and-outs of traditional Greek cooking in Athens and Crete before moving to Tucson six years ago. He also worked at several Tucson restaurants, including the now-closed Athens on Fourth, before opening Santorini in March 2021.

One of his signature dishes is an authentic Greek gyro, which is made with chicken or pork.

“When you are in Greece, that is what you are going to find,” Alushaj said. “Gyros made with chicken or pork. I also make my own tzatziki.”

Santorini has a beef and lamb meat gyro, too, as well as all of the staples: lamb chops, eggplant-based moussaka, soutzoukakia (meatballs in tomato sauce). All food is ordered at the register and brought to your table.

It can be a challenge finding a time in the day when Opa’s Best is not busy.

This spacious Greek restaurant, located in what was once Zivaz Mexican Bistro on East Broadway, is a hive of activity during its lunch and dinner hours.

Guests are served free pita, hummus and tzatziki (Opa’s version of chips and salsa) when they sit down. Portion sizes are generous, with meat and vegetarian options, including chicken souvlaki, gyro platters, lamb chops and hummus wraps, available.

The lunch menu is expansive and the dinner menu is even bigger. Regular orders of flaming saganaki, Greek kasseri cheese with brandy and lemon, set ablaze at your table, keep faces warm when the temperature drops outside.

Opa’s Best, which has been in business since 2018, also has a selection of Greek beers and wines to enjoy, in addition to some Greek-inspired cocktails. For some truly Greek flavor, try Opa’s Best Fix cocktail, with ouzo, fresh-squeezed lemon juice, triple sec and Angostura bitters.

If you like the food Opa’s Best provides, but find yourself closer to downtown, you can visit their second location, Opa’s Grill, which opened a year ago in the old Athens on Fourth space on North Fourth Avenue.

Owner Qais Papoutsis told the Star in 2020 that Opa’s Grill filled a void that Athens left when it closed.

“Every town you go to, downtown has a good Greek restaurant for many years,” he said.

The second location shares Opa’s Best menu with perhaps a little more ambience; a place where the nearby University of Arizona kids can take their parents when mom and dad come for a visit.

It’s Greek To Me

Geographically, It’s Greek To Me is the Thessaloniki (Greece’s second largest city) of Tucson-area Greek restaurants, located on the far north end of Pima County in Catalina.

That’s good for the folks in Oro Valley, Saddlebrooke and northern unincorporated Pima County, who don’t have to travel far to get their Greek cuisine fix.

The restaurant has had several owners over the last 20 years, but is currently helmed by the husband-and-wife team David and Kaitlyn d’Auteuil, former employees who met while working there.

The d’Auteuils were dismayed when they heard the restaurant had been shuttered.

“We had a lot of memories there,” said David d’Auteuil. “We both loved the restaurant and couldn’t believe it was closed. We thought there was no way this place shouldn’t be here. The community always loved it.”

The couple signed the lease and reopened using some of the Greek recipes that they had learned during their time as employees.

Five years later, and the d’Auteuils are seeing steady business, especially on Friday and Saturday nights.

“We always recommend reservations,” David d’Auteuil said. “People really responded well and have been supporting us ever since.”

It’s Greek To Me describes itself on its website as a scratch kitchen, with seafood (salmon, diver scallops, fisherman’s stew) and gluten-free options, as well as Greek pastries.

Have a plate of pastitsio — braised ground beef baked with pasta then topped with béchamel and braised lamb shank sauce — then share a dessert, perhaps a baklava or sokolatopita — chocolate cake soaked in a butter brandy sauce, and served with berries and cream — with your loved one.

David d’Auteuil said the grilled octopus has been a fan favorite at the restaurant.

The seafood medley, with fresh fish, prawns, clams and mussels simmered in a butter-wine broth, with sun dried tomatoes, artichoke hearts, black olives and spinach over pasta, is another, Kaitlyn d’Auteuil said.

“It was a special we started doing on the weekends,” she added. “It became so popular, we made it a regular menu item.”

It’s Greek to Me is open from noon to 7 p.m. Tuesday-Saturday.

Pappoule's has roots as far back as 1982, thanks to John and Angeline Cotsones, according to the eatery's website. The first location was in Tucson Mall's food court, but it's now located at Foothills Mall.

The avgolemono, an egg lemon soup with rice and chicken, is #ThisIsTucson food writer Ellice Lueders' favorite soup in all of Tucson.

“It’s the most popular dish in Greece and it’s popular here,” owner Chris Cotsones said last year. “It’s warm, rich and it makes you feel good when you eat it. You really taste that Greek love.”

Vegans rejoice! Here's a huge list of vegan food in Tucson, Arizona. Bookmark this page or share with your friends.

German food in Tucson is hard to find. We don't have a German butcher, so Haus of Brats tried dozens of suppliers to bring us the most authentic Bratwursts in town. Celebrate Oktoberfest in Tucson with their authentic German food.

This new restaurant has a seafood-centric menu inspired by Sinaloa

Ajuua, a new restaurant located in midtown Tucson, Arizona, is home to 17 seafood dishes, in addition to other Mexican favorites like tacos dorados and barbacoa. The menu is inspired by Sinaloa, Mexico, where the Ajuua family is from.

Food2Door is a Tucson caterer specializing in Persian food. Here, you can order delicacies like ghormeh sabzi and kabob for meal preps or weddings.

Try these new foods, experiences at Tucson Meet Yourself

The annual event returns with all of the music, eats, and folk art you know and love, and some new stuff, too. 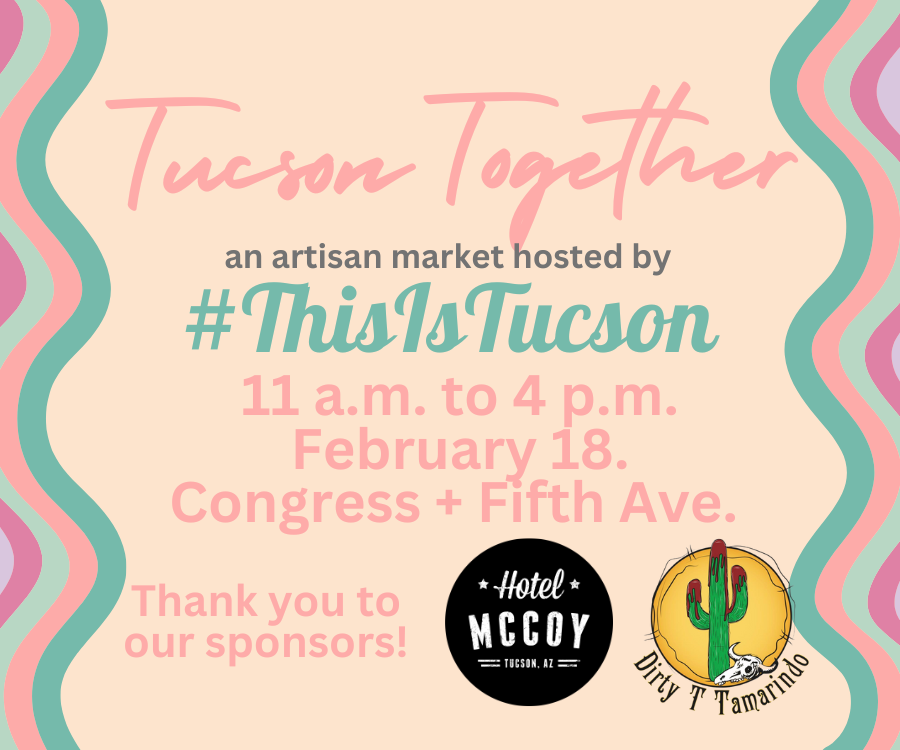