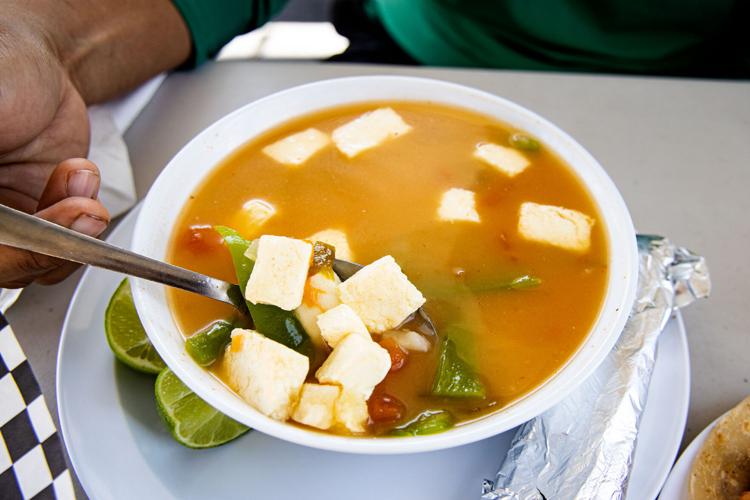 Toto's Tacos restaurant on St. Mary's Road has several soups on the menu, including this caldo de queso, $8.50. 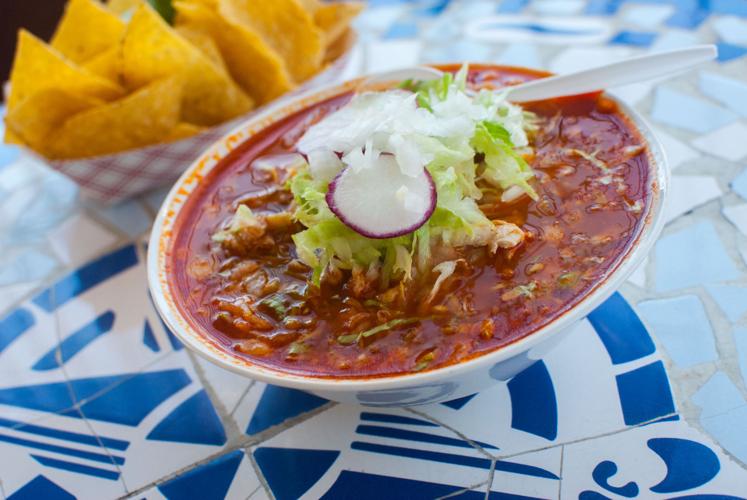 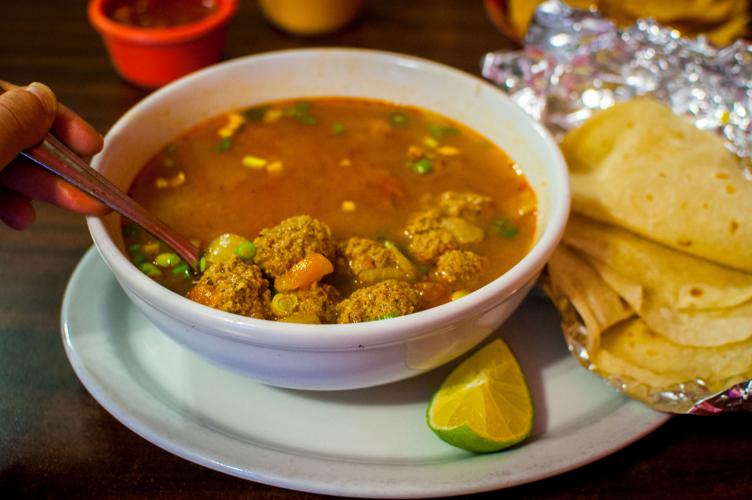 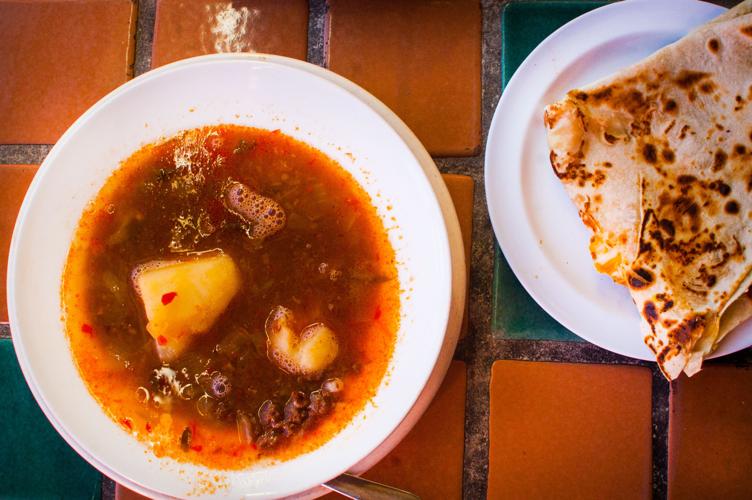 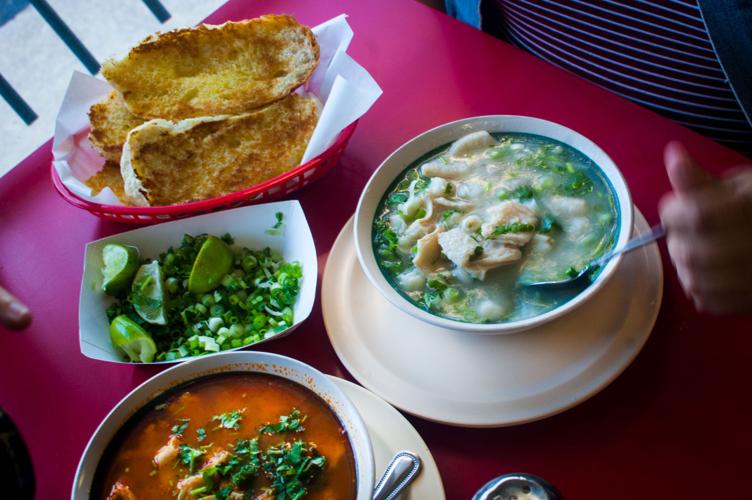 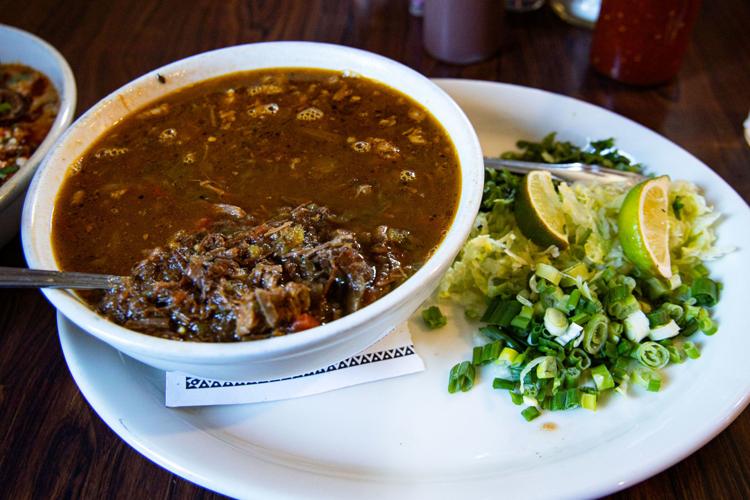 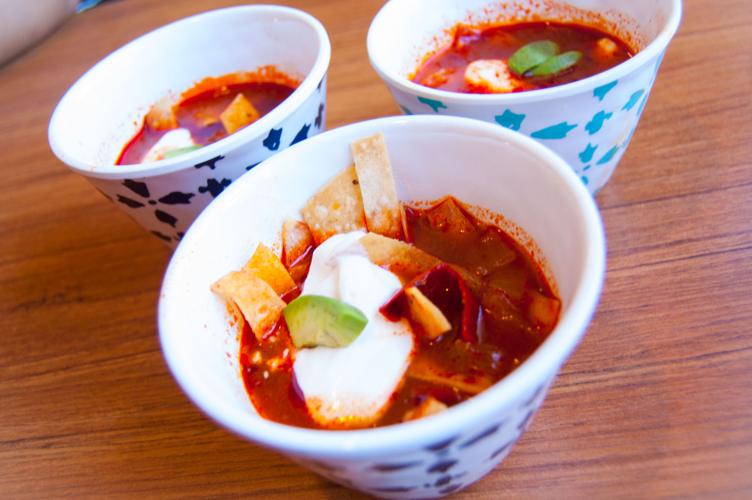 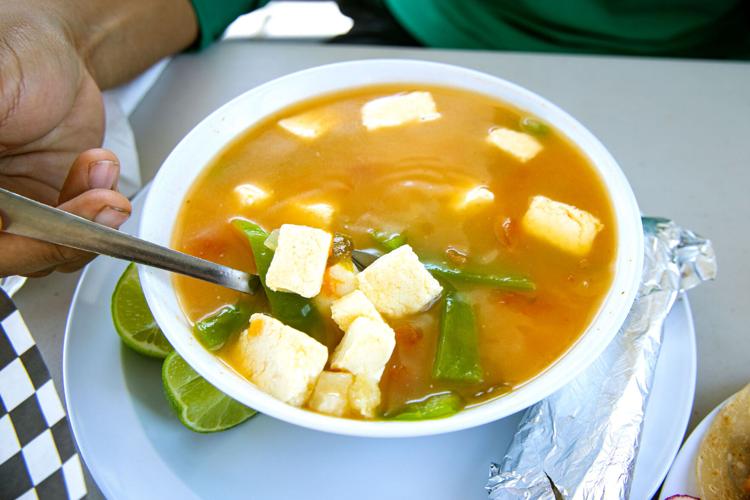 The Sonoran word for comfort might as well be caldo de queso. This cheesy potato soup is said to have been invented in Hermosillo, and is found on traditional Mexican menus throughout Tucson. Some do it brothy but the best arrive thick, with a molten layer of cheese cream obscuring some green chiles and seriously cooked potato chunks. The soup can be made with a variety of cheeses like casero or Chihuahua, but Toto's Tacos actually uses cubes of fresh mozzarella, which melt up nicely when you wrap them in a tortilla.

I admit I'd never heard of this Sonoran beef soup until I spotted it on the menu at downtown's El Minuto Cafe. Perhaps because it's so simple, it flies under the radar. Also called caldillo, the soup can be made with shredded beef machaca or in this case, its drier cousin, carne seca. Just some tomatoes, onions, peppers and potato, and you've got it.

The last time I ate one of these it was at a Chili's in Chandler, Arizona. (Around age 12.) But I'm surprised to find out that the Southwestern staple actually has prehispanic origins and is eaten throughout Mexico, often speckled with leaves of fragrant epazote. Tucsonans can get the soup at Benny's Restaurant, where the fried tortilla thickens the viscous chile-laden broth. I do suggest seeking it out, and slurping it up.

How to make tamales, according to local expert Matilde Santa Cruz

Tamales are a holiday essential in Tucson. But, they're difficult to make: labor-intensive and delicate. Here's a guide on how to make tamales and, if you want to enjoy tamales without undertaking the huge project, we'll also let you know where to find good ones in Tucson.

We have experienced a flurry of 16 new restaurant openings in Tucson this fall, from an ice cream sandwich place with churros to a bagel joint serving lox with all the fixins.

Every Sonoran hot dog joint on Tucson's south side, mapped

Tucson is known for its Sonoran dogs. Their cradle is south of 22nd Street, where Benny Galaz started BK Carne Asada and Hot Dogs. Here are 26 places to get Sonoran dogs in the south side of Tucson.

Popping bottles: We talked to a sommelier about how to choose wine. Here’s what we found out

The holidays become a lot merrier with wine. Here are six locally-owned wine shops and markets in Tucson where you can find experts to help you pick the perfect bottle for your festivities this year.