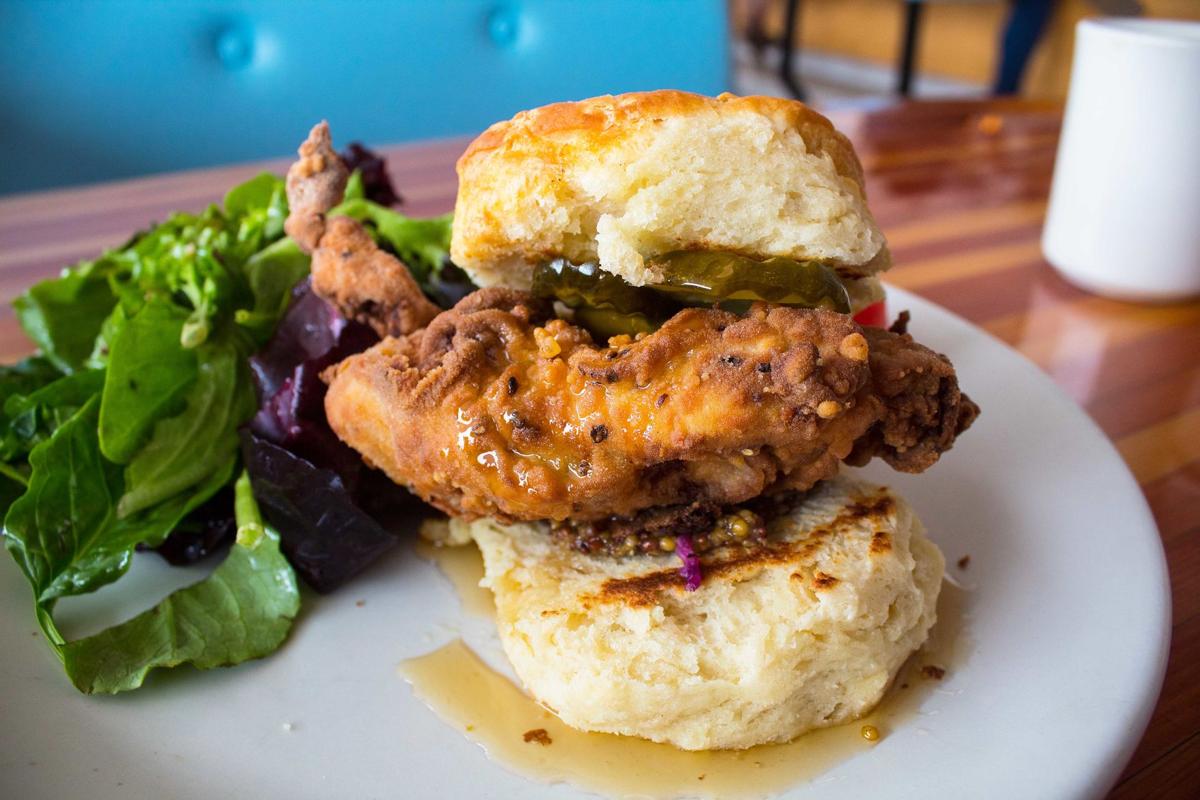 The Bumblebee sandwich, $12, at Welcome Diner features their signature buttery biscuit that crumbles away in your mouth. 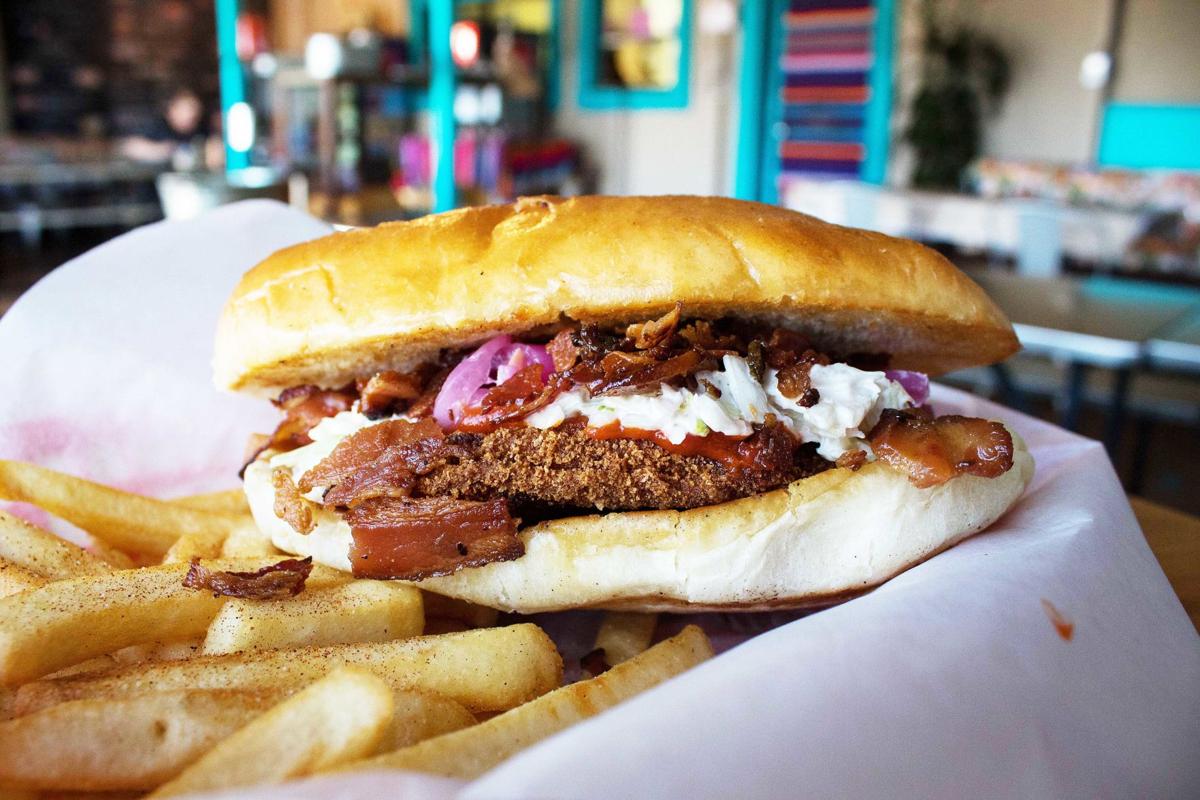 Get the Picoso Torta, $7.95, "cochi" style with bacon for an extra dollar. That's still really cheap, especially because it comes with fries. 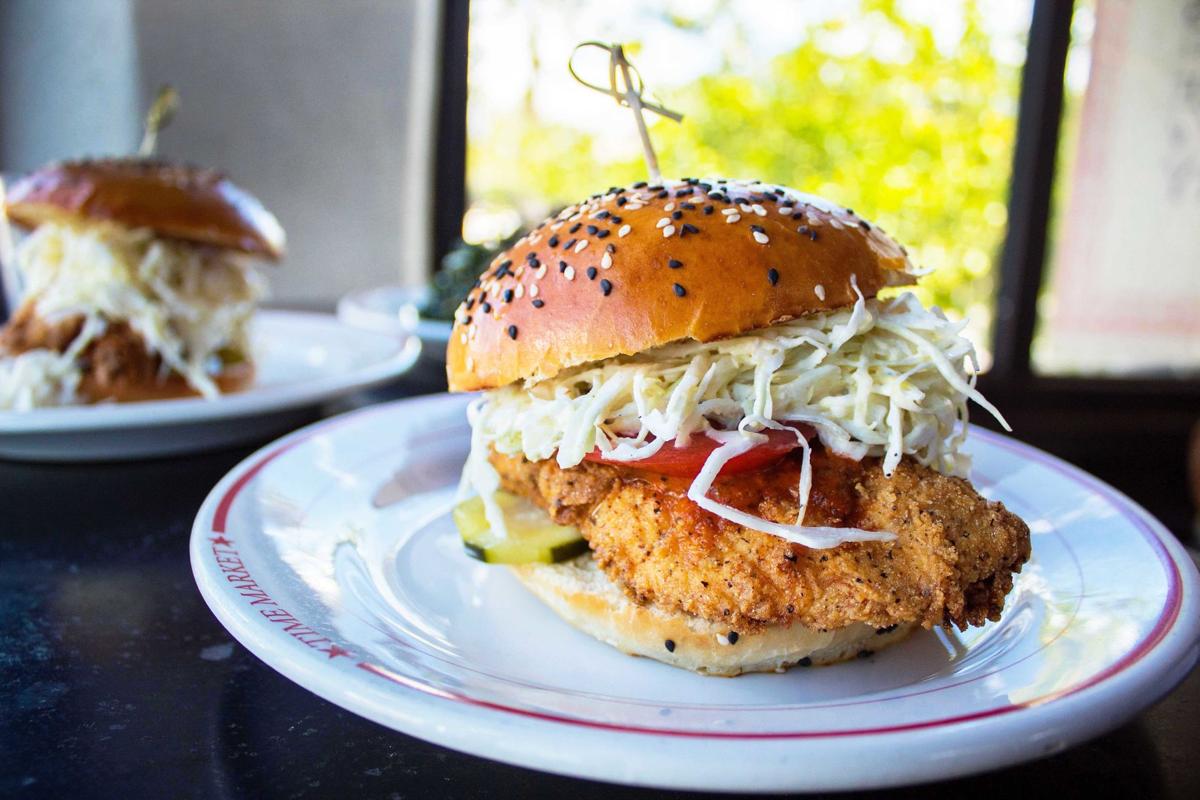 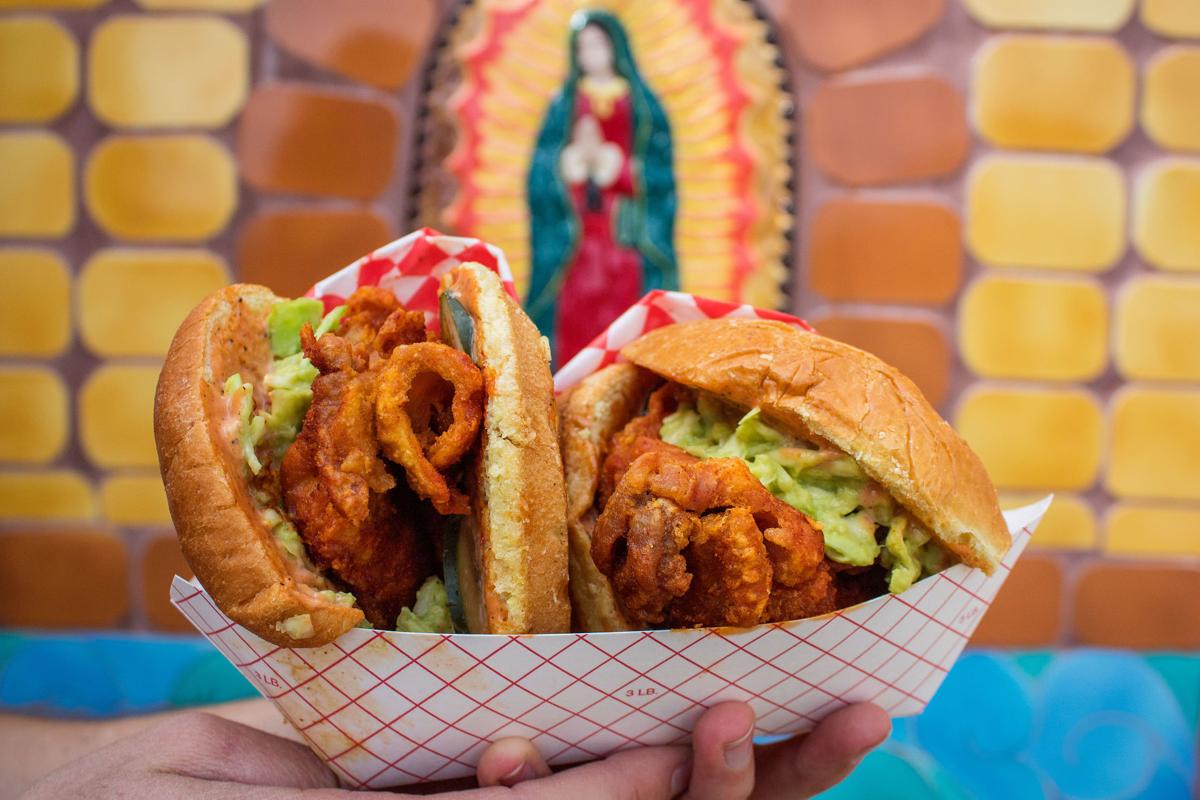 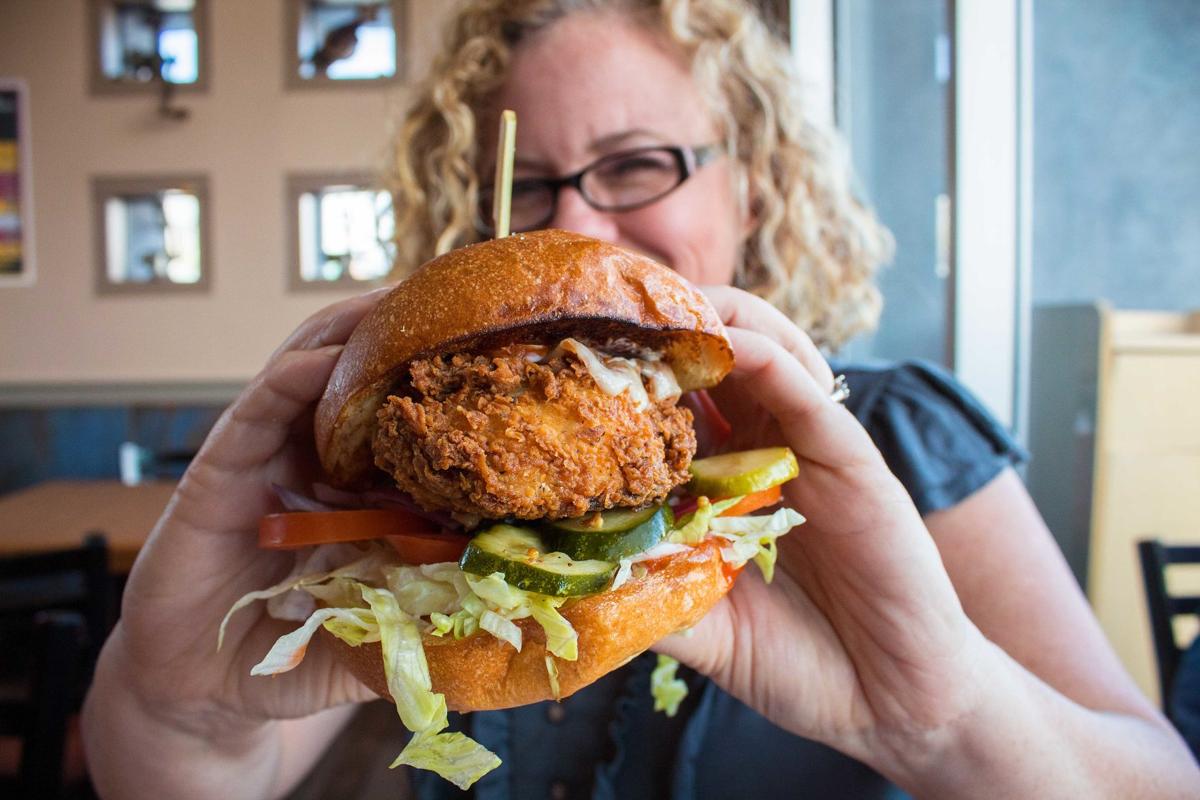 At Divine Bovine, you can substitute a fried chicken breast for any of the burgers on the menu. A natural choice here is the Flying Buffalo, $10. 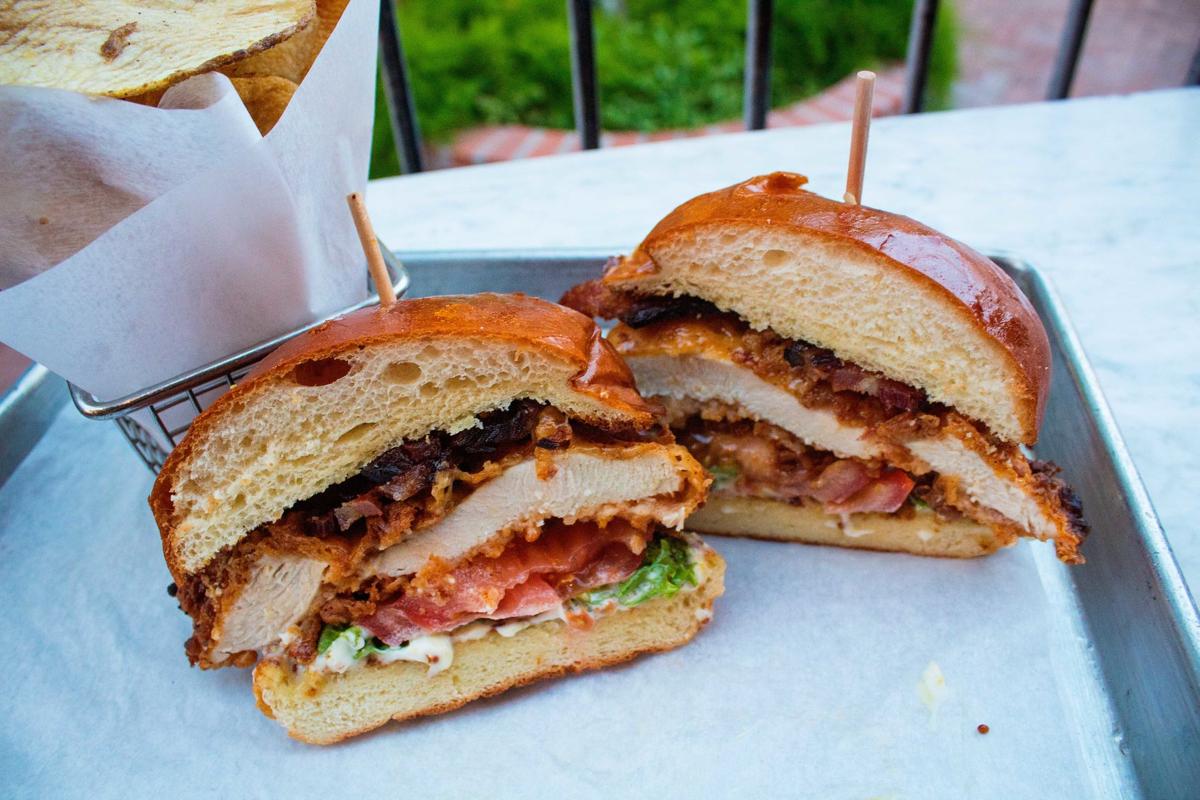 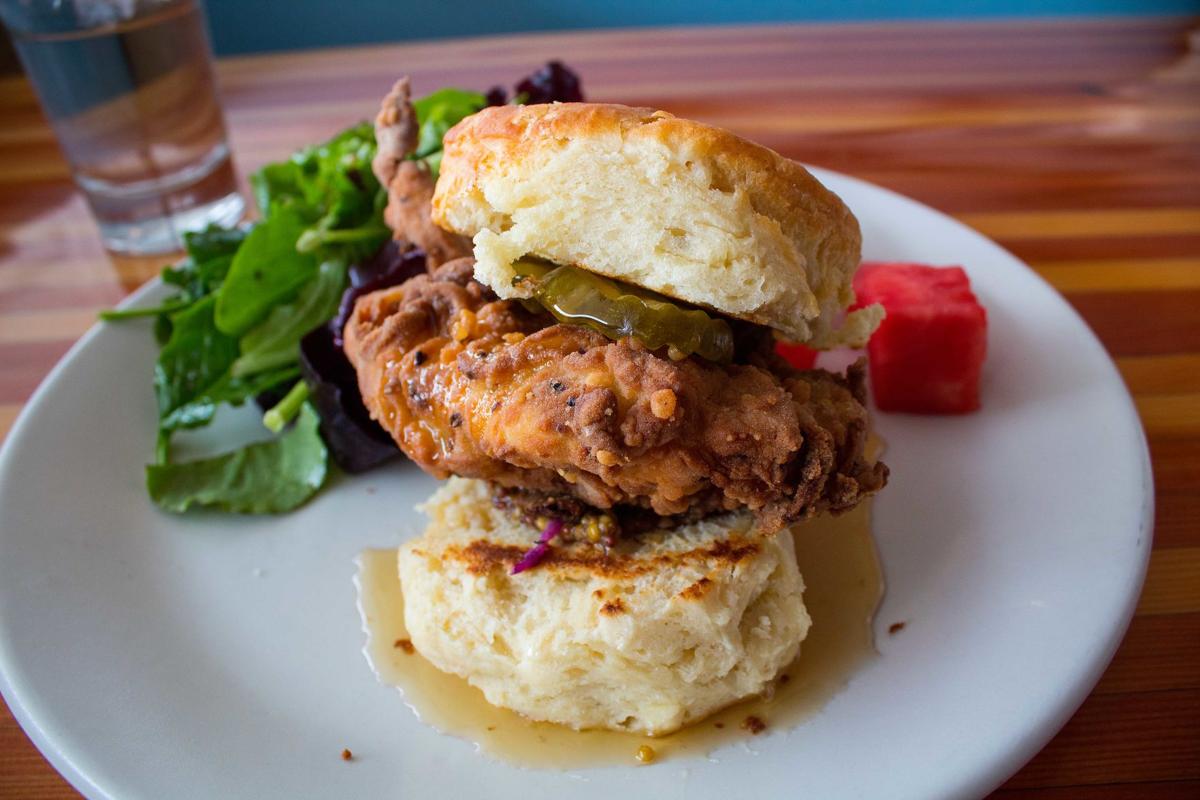 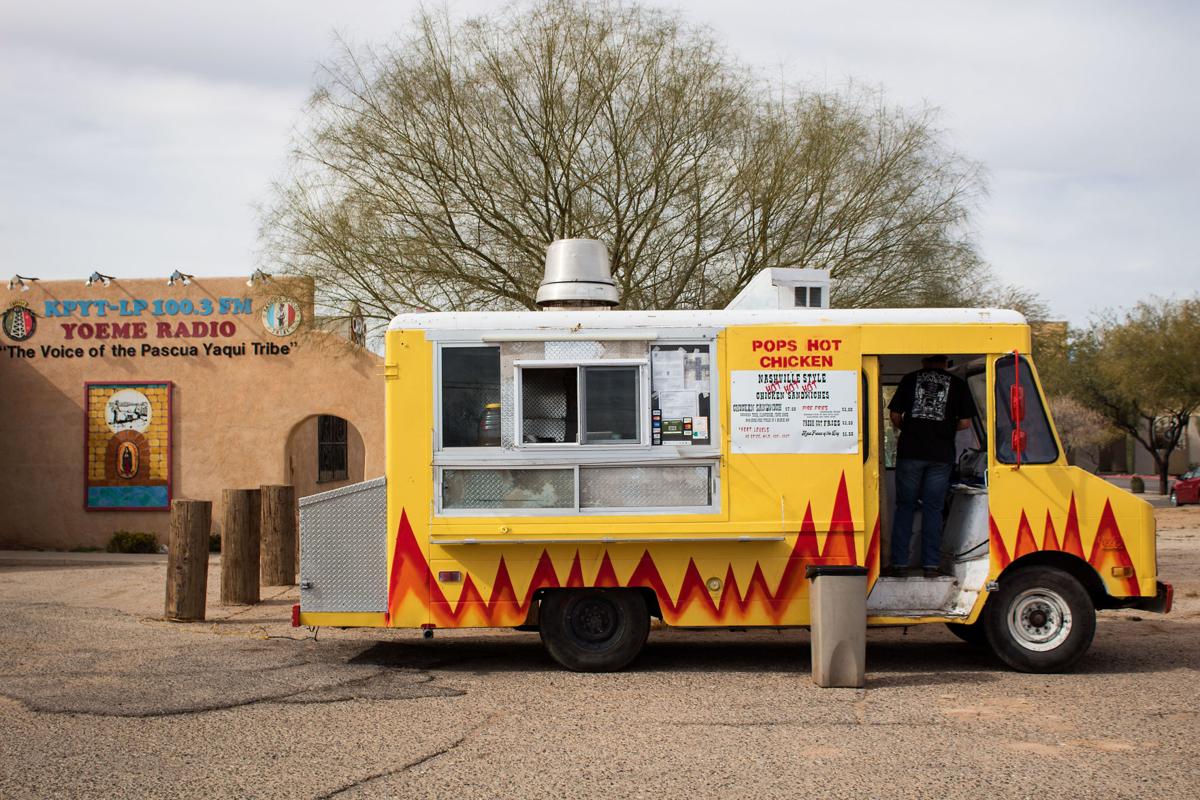 Pops often parks his truck on the Pascua Yaqui reservation for lunch, in front of the lesser-known Casino of the Sun. 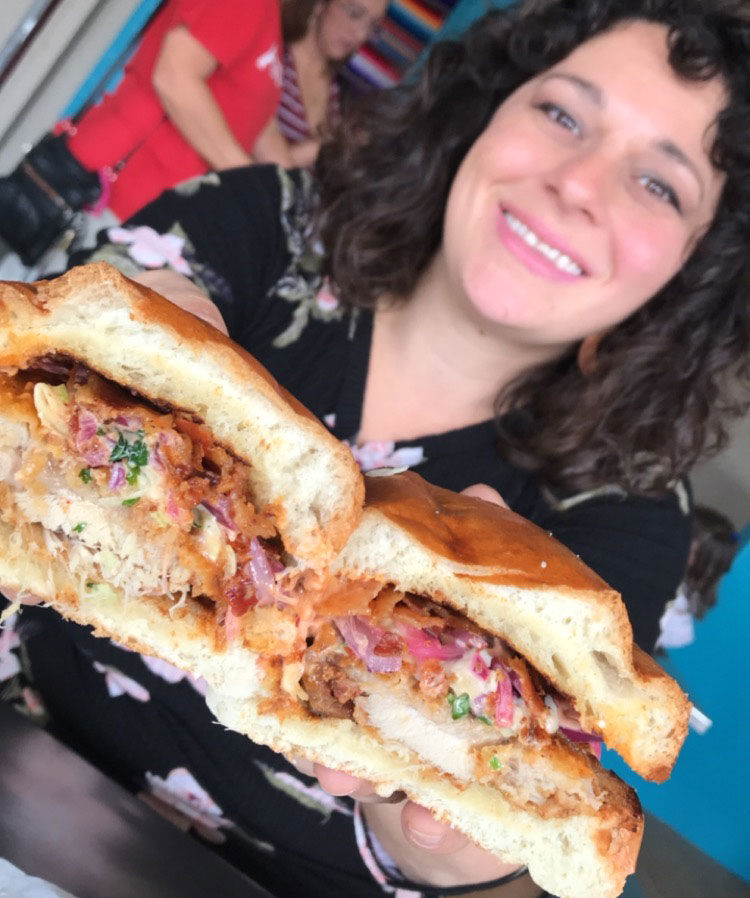 The picoso chicken torta at Rollies Mexican Patio is like a Mexican version of the fried chicken sandwich.

You know that phrase, "trendy as a chicken sandwich?" Probably not, because I just invented it right now. Chicken hasn't exactly been the most glamorous of foods until very recently, when the world woke up to spicy/sweet styles like Nashville hot chicken and Korean Fried Chicken (KFC). It's finger lickin' good!

Instagrammers are having a field day with hot chicken sandwiches right now. The Southern delicacy has hit Arizona hard, with two new restaurants opening in Phoenix just this year. (I got the chance to try Monroe's Hot Chicken before a baseball game recently, and I definitely recommend seeking it out.) Down in Tucson, Pops Hot Chicken has found instant success with a Southwestern take on the Nashville specialty.

This all got me thinking. Who else is doing fried chicken sandwiches? What happens when Pops runs out or his truck breaks down? Well my friends, I have a solution for you! Five of them exactly ... I spent all week exploring this emerging trend and singling out the restaurants that do it the best.

The chicken sandwiches I found in Tucson aren't exactly Southern style; They seem equally indebted to Bakesale Betty in Oakland, which brought fresh ingredients and a touch of Bay Area hipster to the fried chicken game. As the hot chicken craze plays out, I expect more restaurants to add a "spicy" option to their menu. We'll see if it becomes more than an afterthought.

For this list, I'm sticking with fried chicken sandwiches rather than opening it up to the world of chicken salad, chicken parm, chicken Caesar and the beloved honey mustard grilled chicken sandwich, child of the '90s. This is the first of many sandwich deep-dives I plan to do, so lemme know what sandwich you think I should focus on next!

Nevertheless I decided to hit up a local Chick-Fil-A to use as the control group in my research. I noted that the bun had an artificial smell like a warm McDonald's hamburger, and the patty tasted like one of those rolling chicken logs you see at Quick Trip. I would rank it last among any of these sandwiches here. But then again, I was sitting in my car outside the Tucson Mall.

I ranked every sandwich I ate this week against Pops, and unfortunately none of them came out ahead. There is nothing like getting a Pops hot chicken sandwich right from the fryer. The chicken itself is simply much juicier than the others, because he uses thigh rather than breast.

He's also the only person in this list to put avocado in his sandwich, which makes it better because "duh." 🥑 I didn't get a chance to hit him up this week and had to go from memory, but fortunately I've been thinking about it a lot lately! Read more about Pops here.

This was a surprise. I have eaten the fried chicken sandwiches at Welcome Diner many times, but took a break after getting burnt out. This sandwich reminded me why Welcome Diner has become such a successful concept here and in Phoenix.

Yeah it's messy, just look at it. But the chicken itself was just about as good as you can make it. The crust stuck to the meat instead of falling off, and the breast from Red Bird Farms was more flavorful than the average chicken. The whole thing was smothered in a light floral honey that got all over my hands and face in the best way. And guess what, it comes with a salad now?

Other yummy sandwiches I tried:

This gourmet burger spot has made a name for itself since it opened in February. Divine Bovine easily makes some of the best burgers in town, but it was the chicken sandwich that Angela and I recently fought over. It was most definitely the heftiest sandwich on this list, with an excellent brioche bun that held it all together.

The ingredients were also very simple: lettuce, tomato, onion, Swiss cheese, buffalo, ranch and delicious housemade pickles. But if you wanna get fancy, they'll also substitute any burger on the menu for a chicken breast. Eat more chikin!

Time Market's chicken sandwich comes up on just about everyone's list of best in town. Comparing it to the others on this list, I think it's definitely the lightest and most "healthy-tasting" of the bunch. The chicken patty itself is a little thinner, allowing the stringy coleslaw to dominate. The pickles are also on the fresher side, almost like raw cucumber.

Time Market's sandwich is a good alternative for lunch, when you don't necessarily want to ruin yourself on oily thighs. It's also important to note that you can make yours "Tucson hot" with housemade sauce for an extra 25 cents. This gave the crusty breading a little more flavor, but wasn't super spicy by any means.

I did give out several audible "mmms" while eating this one yesterday, and it was my third chicken sandwich of the day! (Although it was right after the Chick-fil-A sadness, so maybe it tasted better by comparison?)

I appreciated this sandwich for two major reasons: A, the breast itself was perfectly cooked. Although it was thinner than the breast at Welcome Diner, I appreciated how juicy it was. And B, it had honey mustard on it which gave me a nostalgic feeling for Red Robin. I swear it's not a complidiss, I really enjoyed it. I would have ranked this sandwich as one of my favorites, but part of the bread fell apart under a watery tomato.

The south side has a few places to get a decent chicken sandwich. On a recent visit I very much enjoyed the chicken cordon bleu at Sunny Daze Cafe, where it comes with ham and pepper jack cheese. Rollies Mexican Patio also does a real good one, which is weird because the place is known for making gourmet taquitos.

The Picoso Torta gets the award for best toppings, with a creamy habanero coleslaw that's offset by brillantly pickled pink onions. The patty on this sandwich was more like a milanesa though, pounded flat and unfortunately fried for just a little too long this time. I really enjoyed the crispy bacon on top though, so make sure to ask for it "cochi style." Oink!

Come to Divine Bovine for the burger, stay for the chicken sandwich

In praise of Irene's Holy Donuts, the sweetest new shop on Fourth Ave.

This Hawaiian doughnut shop lives up to the hype.

New eats! 5 Tucson bars and restaurants that opened in March

Huarache alert! It's that time in Tucson to break out the sandals and eat some yummy food ou…

It's the only place in town that serves true dry-rubbed Texas barbecue.

Check out the free concerts, movies, Mother's Day events and quirky (Chicken Poop Bingo?) things to do this weekend.

Down at the Battery Outlet auto shop on Ajo Way, the line for sushi got so long that the man behind the window was quoting an hour wait.

Down at the Battery Outlet auto shop on Ajo Way, the line for sushi got so long that the man behind the window was quoting an hour wait.

New Tucson cafe Snakes and Lattes will have poutine, booze and 500 board games

The Canadian company is expanding throughout Arizona.

This new spot on Grant Road serves dumplings and stews from Dongbei, China.

If you squint your eyes real tight and try to remember things not posted on your Facebook wall, there's a chance you can bring back your first…