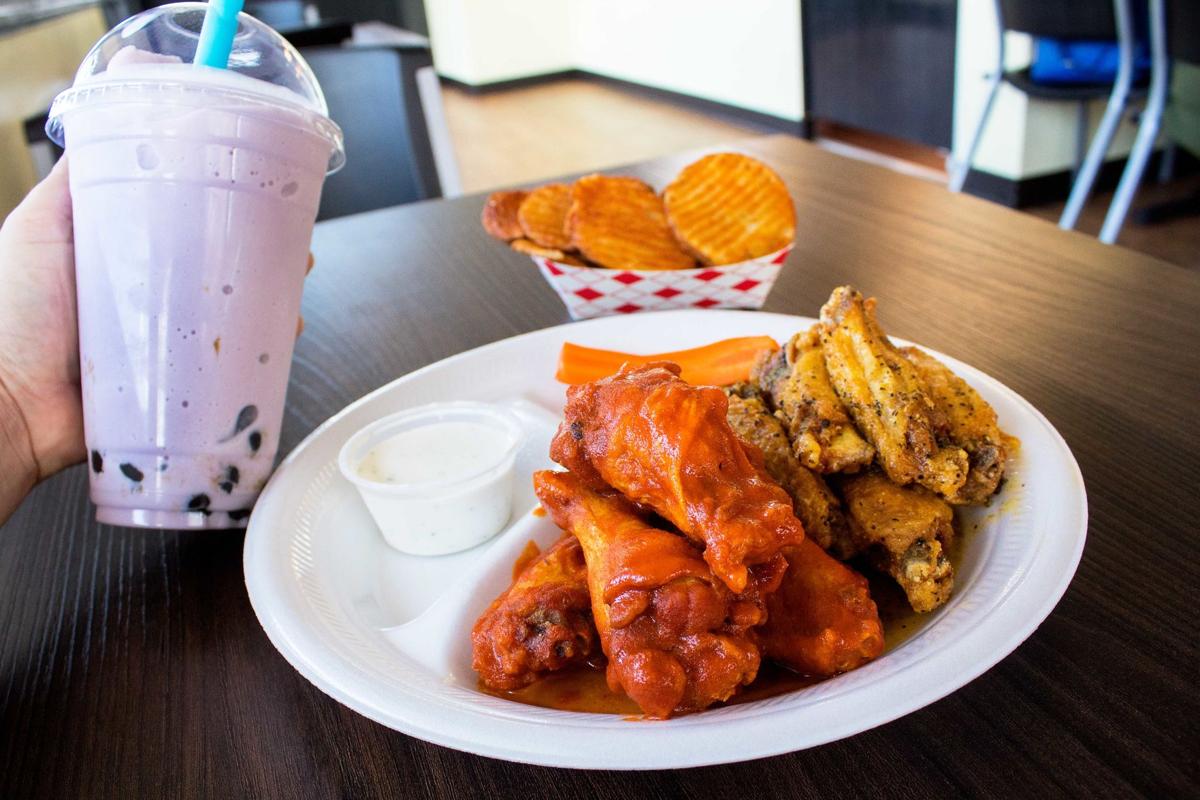 At this new restaurant called Buffalo Wings, you can eat spicy wings and cool it down with a taro boba slush. 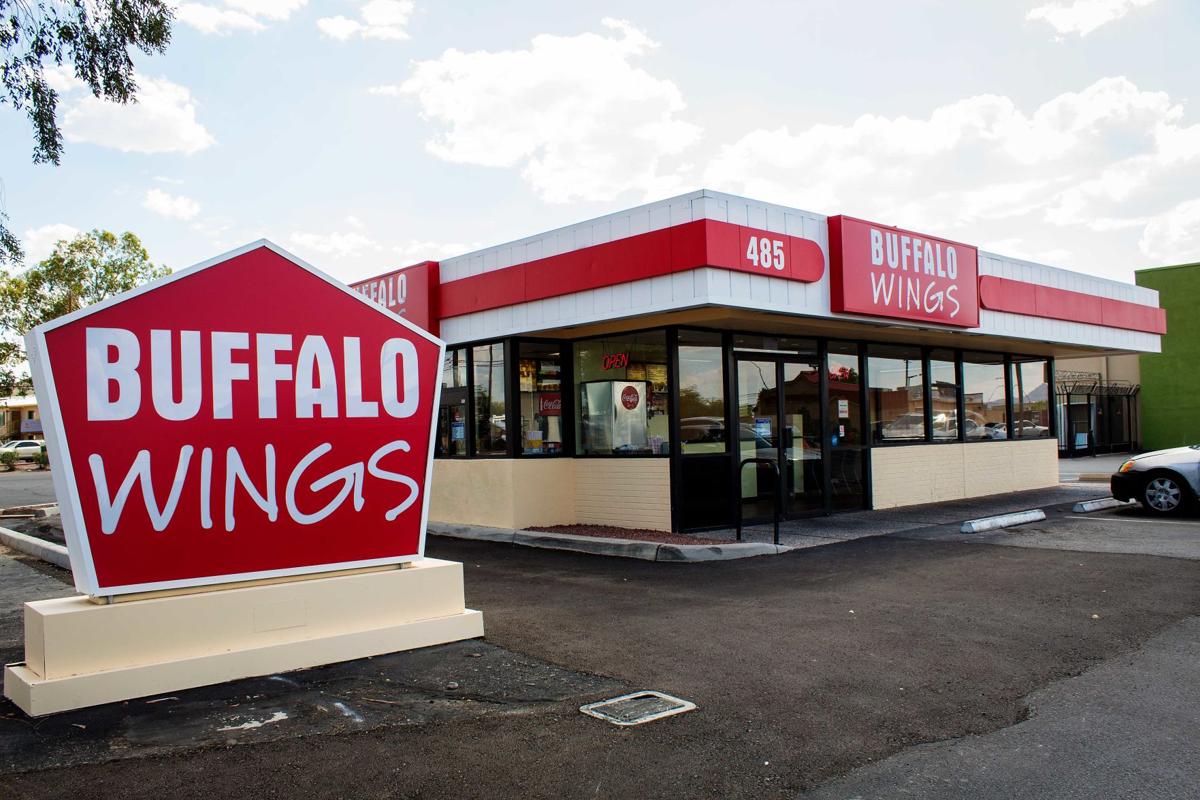 Buffalo Wings is in the old Church's Chicken at 485 N. Grande Ave. 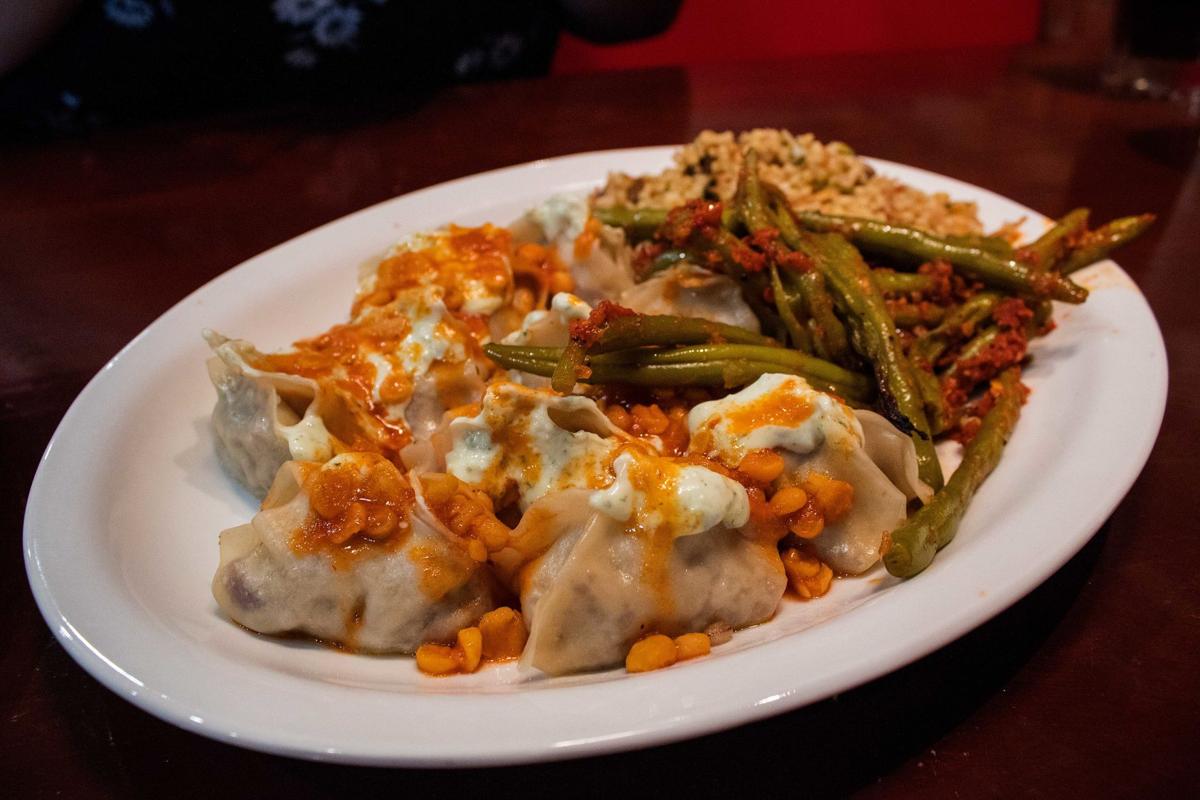 Turkish manti, $16, are housemade dumplings bathed in a yogurt and tomato sauce with green beans on the side. 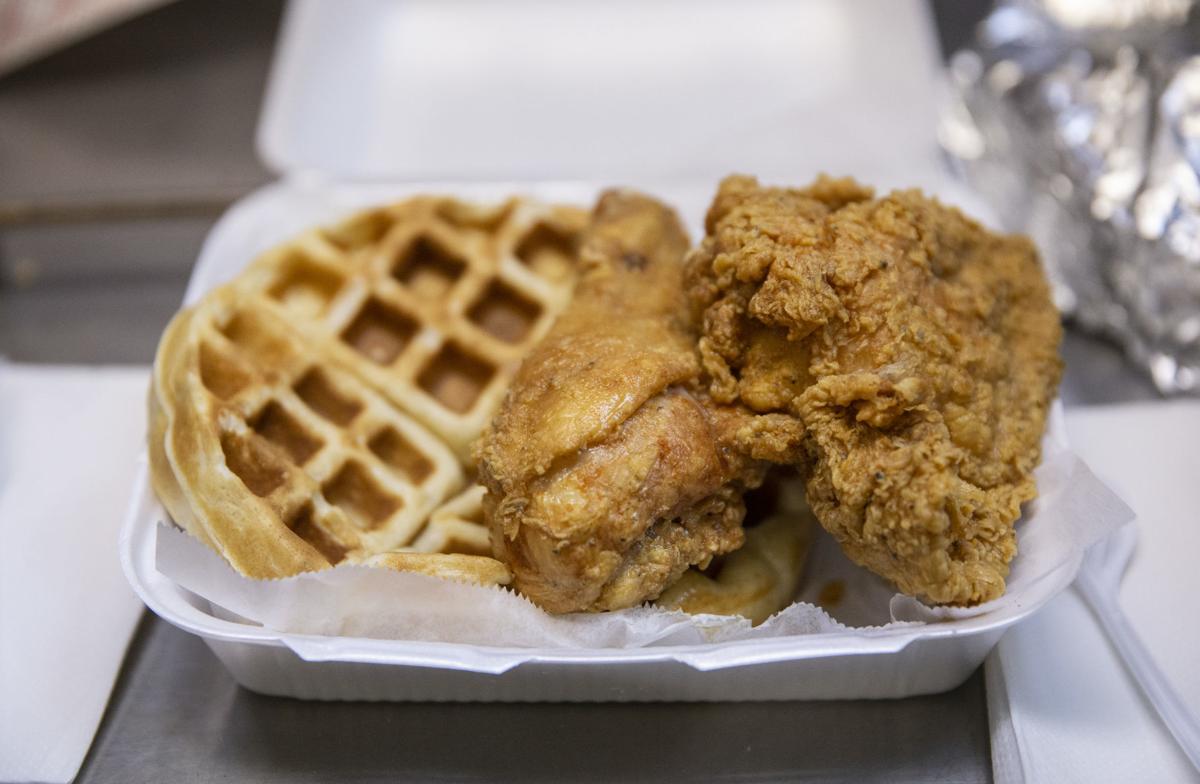 An order of chicken and waffles inside a takeout box at Mama Carey’s Kitchen inside Metro Wildcat Convenience Friday afternoon, Aug. 23, 2019. The grand opening of the business will take place Saturday the 24th. Ka’Deem Carey will also be there signing autographs.

It's been quite the eclectic month for restaurants in the Old Pueblo. You can fly to Istanbul for Turkish dumplings and grab some boba for dessert, then snack on Central Mexican carnitas from a giant pink bus, all before your fancy dinner of grilled sardines at the French bistro.

School is back in session, so you'll see two new restaurants at the University of Arizona: soul food and Cajun barbecue! But expect more fun as the weather cools down. (Check out the bottom of this list for restaurants opening in the next few months. I'm so excited for Salvadoran food and lovely pupusas in midtown!) But for now, here are six brand-new restaurants to help you boost those frequent flier miles.

The Blind Pig is the first of two new restaurants opening at Main Gate Square this semester. Tucked back off University Boulevard in the former home of The Fix Mac and Cheese, the spot gives off some major sports bar vibes. The menu here is pretty substantial though, with a hodgepodge of tacos and sandwiches along with fried appetizers and Cajun barbecue. There's also a whole selection of "pig troughs," which appear to be various meats over jambalaya rice.

The west side got a new wing spot about a month ago when the aptly-titled Buffalo Wings opened in the Food City parking lot on St. Mary's and Grande. The shop's menu is pretty simple, but it's also the only place I know of in town that sells both buffalo wings and boba slushes.

My lemon pepper and medium-heat wings had a familiar store-bought sauce but a perfect crisp to them. I also really enjoyed their "buffalo fries," which were shaped into thin disks that gave them the texture of fried zucchini chips. Overall, it's a solid spot to grab some quick food without the fanfare.

Michoacan-style carnitas from a pink bus that's been gutted and turned into a mobile diner? East siiiide! Carnitas Los Gordos parks in a dirt lot next to the car dealerships on 22nd and Swan. The state of Michoacan is well-considered to be the carnitas capital of Mexico, and the ones here come directly from a family recipe passed down over generations. I haven't had a chance to hit this place up yet, but a reader told me they were the "best carnitas" he's ever had. Read Gerald Gay's story here.

The Fourth Avenue bistro relocated this month from the historic Coronado Hotel to the more expansive adobe that formerly held Cushing Street Bar and Restaurant. The new digs near the Tucson Convention Center make The Coronet a prime "dinner and a show" spot. And the new menu dances between French bistro and the vibrant flavors of North Africa.

Named after Turkey's most populous and romantic city, Istanbul serves a menu of Mediterranean specialties including some Turkish fare that you'd be hard-pressed to find anywhere else in town. Most of these dishes are on the dinner menu, so make sure to ask for that if you're looking for something more than your regular falafel plate.

We stopped by for lunch this week and tried a few things; The highlight was the manti, which are Turkish dumplings filled with ground meat and bathed in a duo of yogurt and tomato sauces. Our server also said they're going to start making Turkish pizza in the next few weeks as well. Read more.

Tisha Atkins Carey, mother of former UA football player Ka’Deem Carey, is now making soul food out of the convenience store on Park Avenue and Sixth Street. Mama Carey's Kitchen is a family operation. Her son helps with the business side from Calgary, Canada where he's now playing football for the Calgary Stampeders. And the recipes were passed down from Tisha's mother and grandmother. On the menu you'll find catfish, mac and cheese, fried chicken and waffles and more. Read more.

• Farmers market staple Selena's is opening up a brick and mortar that'll sell pupusas and other foods from El Salvador. Selena's Salvadorian Restaurant is expected to open at 2513 N. Campbell Ave. in the next few weeks.

• A new ramen spot called Ja Ramen is expected to open Sept. 12 in the former Hoki Poki space at 2643 N. Campbell Ave., according to an article by Cathalena E. Burch.

• A sign is up at Main Gate Square's Italian restaurant Bacio, but we're still waiting on an opening date for the restaurant at 943 E. University Blvd.

— With reporting by Gerald Gay and Cathalena E. Burch