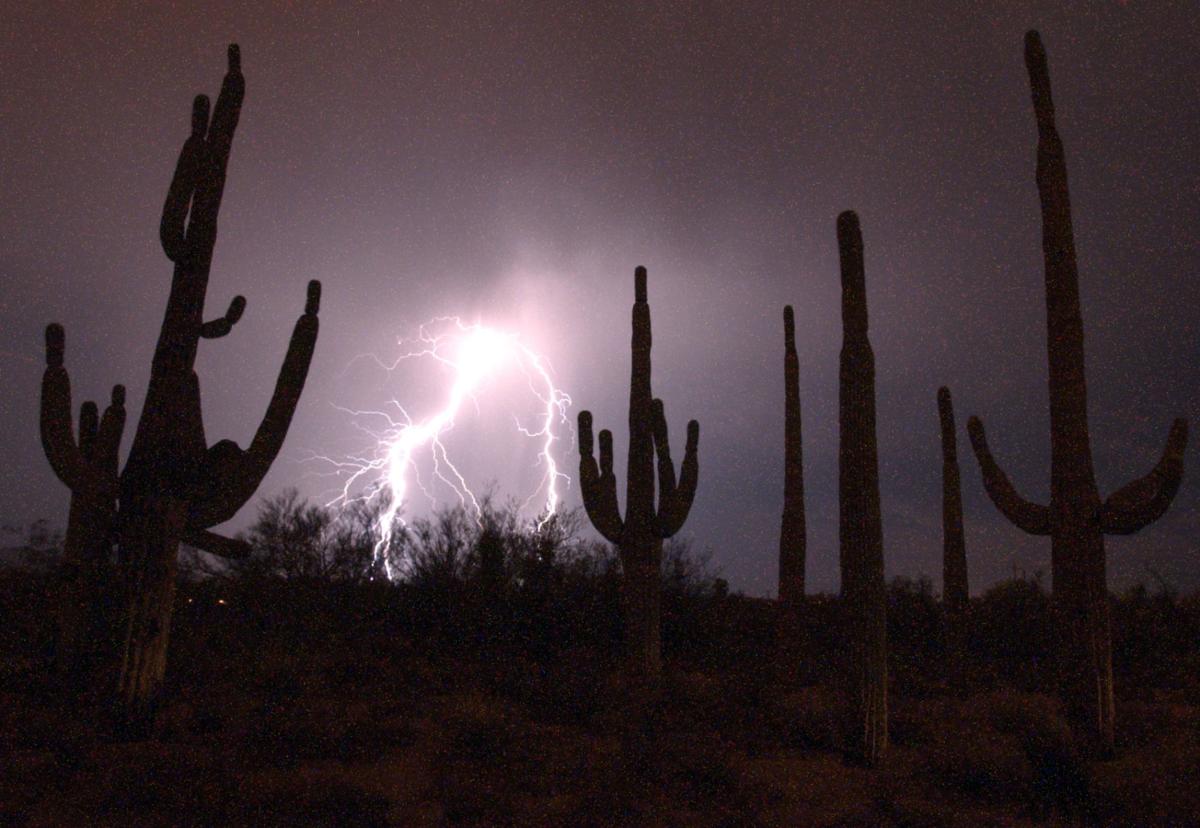 A bolt of lightning lights up the desert at Linda Vista and Camino de Oesta Monday, July 18th, 2005 as a storm moves through the Northwest. 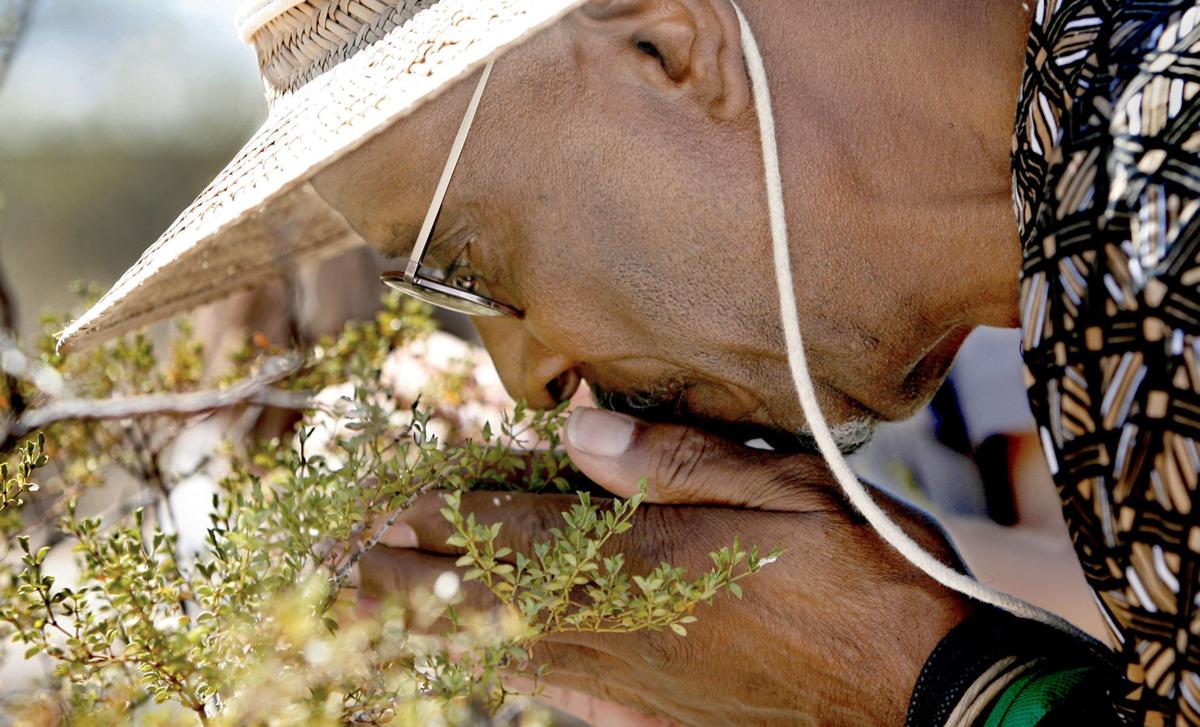 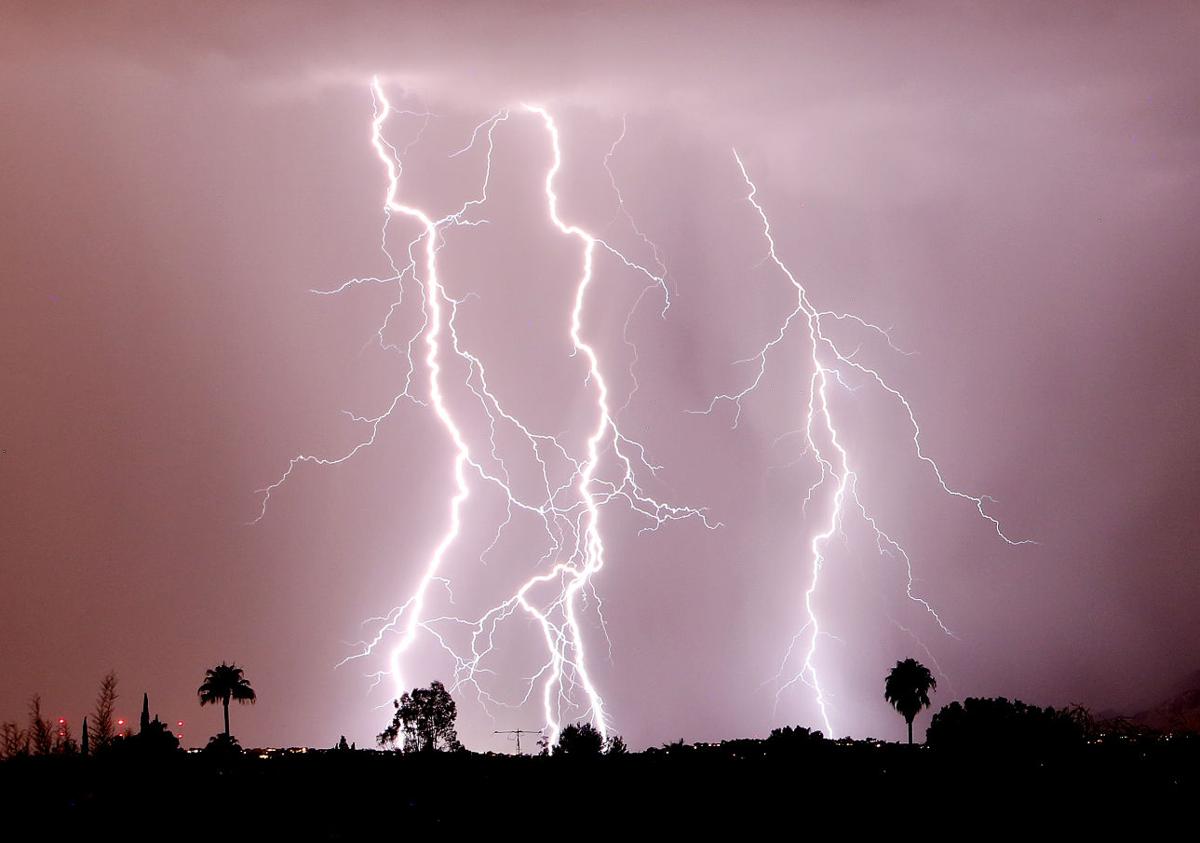 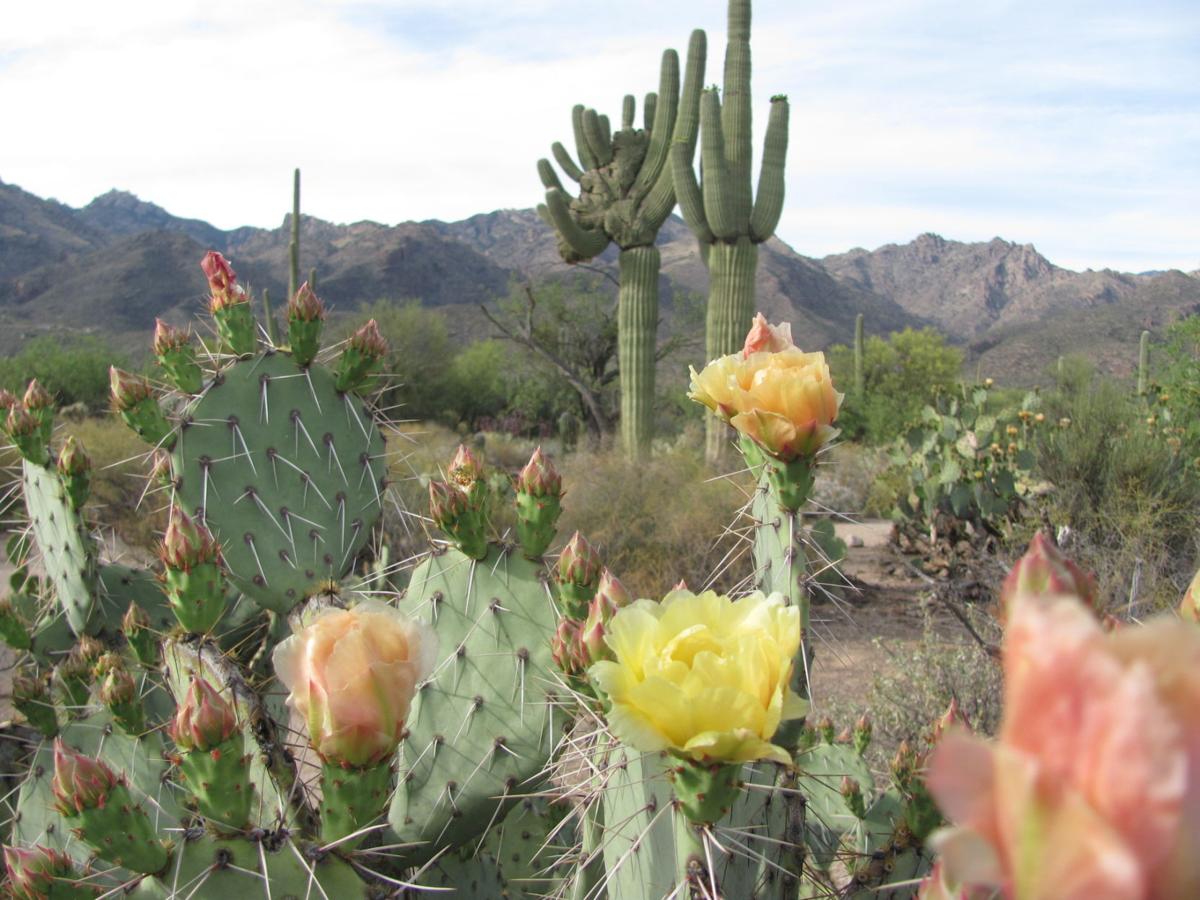 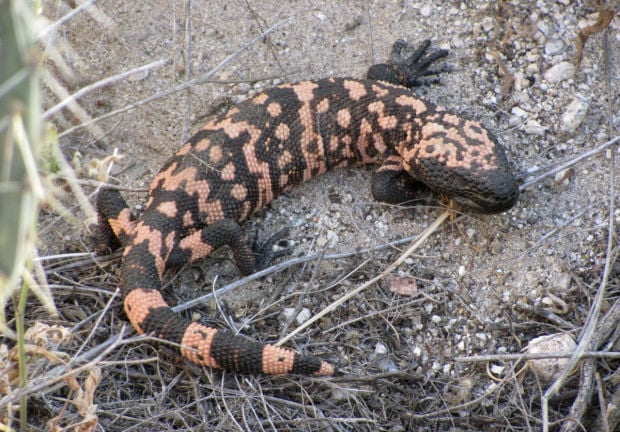 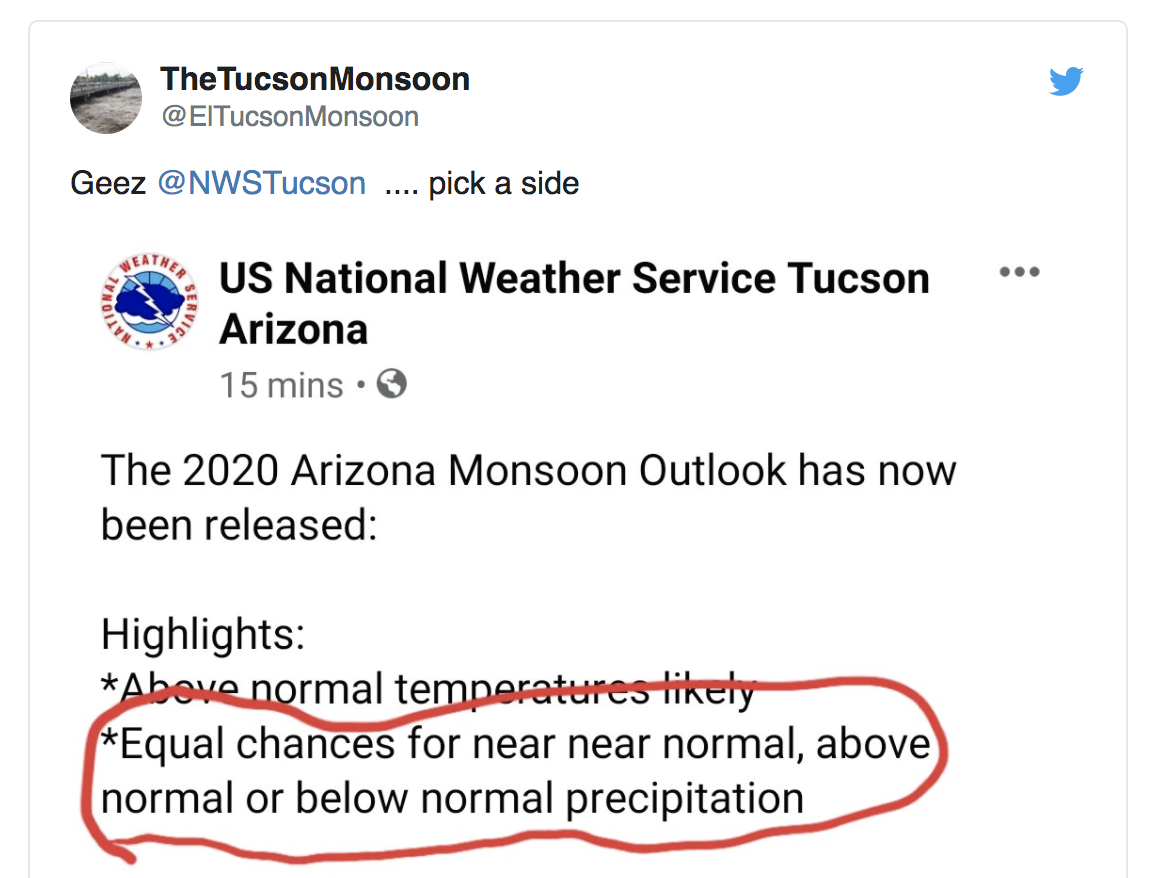 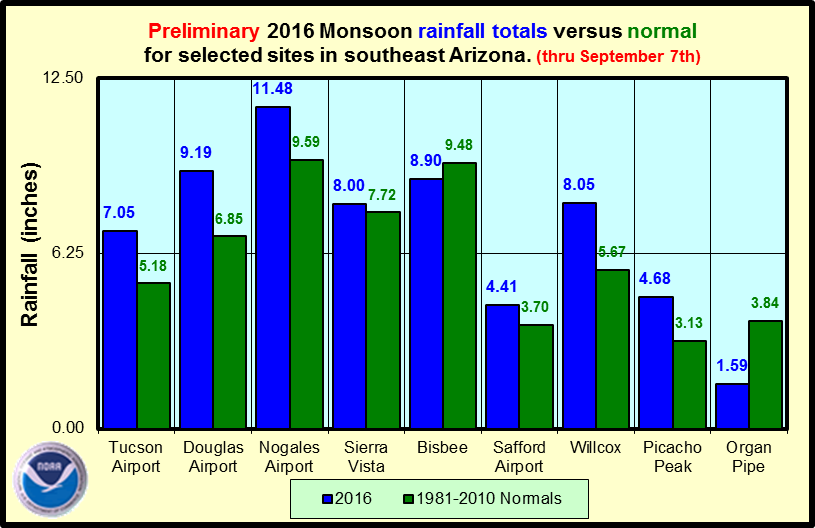 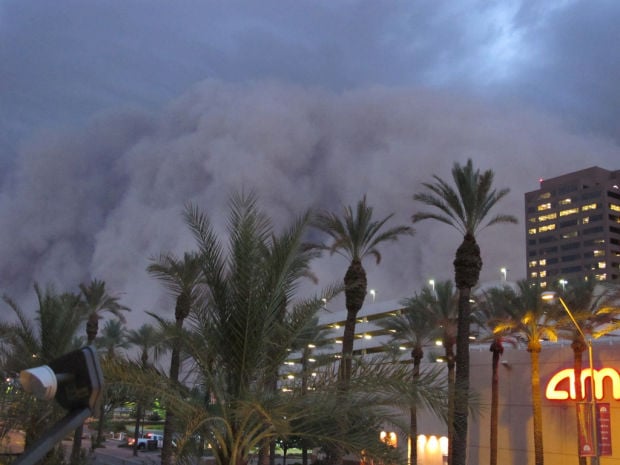 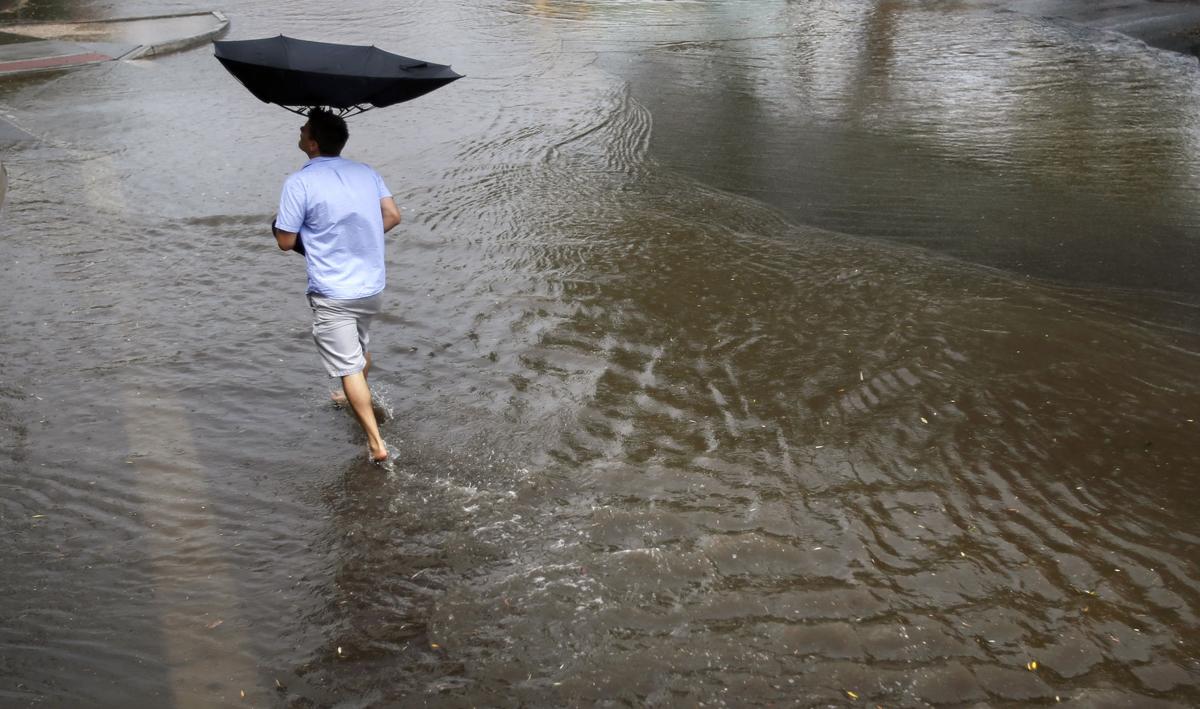 Our favorite season is upon us. Here are some cool facts and tips you need to know about the rainiest time of year.

If you are caught in a severe storm and can’t drive safely, move completely off the road and stop with the lights off. Take your foot off the brake to make sure your brake lights aren't lit. That prevents other drivers from following your tail-lights, thinking you are still on the road. Never stop in the travel portion of the road.

On average 49 people die after being struck by lightning in the United States, according to the National Weather Service. Arizona accounted for one death last year during monsoon season. It happened on July 20 in Coconino County when a teen was struck by lightning while hiking near the summit of Humphreys Peak.

Monsoon lovers should take cover when watching storms from afar, most lightning strikes usually occur more than three mile away from the center of the thunderstorm, and have even been spotted as far as 15 miles. Some tips to stay safe during nature’s light show include, stay indoors when you hear thunder, avoid using plumbing and electrical equipment and keep your distance from windows.

Keep away from rivers and washes during heavy rains. If you're driving and see a flooded area, turn around and plan an alternative route. In most cases it can be difficult to determine how deep the flood is and moving water as low as one foot has the ability to carry a car.

Any big thunderstorm with high winds, much like the ones seen during monsoon season, has the potential to to lift large amounts of dust into the air to form a haboob, or dust storm. And if you've ever seen a photo of an Arizona dust storm, you know they can get intense.

The Arizona Department of Transportation recommends that if you find yourself caught in a dust storm, check the vehicles around you and try pulling over to the side of the road as soon as possible. Follow the diving tips seen above and stay in the car and keep your seatbelt on until the dust storm passes — anywhere from a few minutes to an hour, according to the National Weather Service.

Expect to see more Gila monsters come out to play on nights of high humidity. According to the Arizona-Sonora Desert Museum, Gila monsters live in washes that extend down into the valley. They aren't the only ones either, tarantulas and a wide variety of bugs love this time of year too.

This is what we had to say in a recent story:

"It's a plant unique to Tucson and other dry regions like the Mohave Desert and the Chihuahuan Desert. The plant releases that familiar musky, earthy smell from a coating on its leaves that helps it conserve water."

Tucsonans love it. It's nostalgic because it smells like monsoon season. Ironically, the Spanish name for creosote is hediondilla, which loosely translates to little stinker."

While you’re waiting for the rain to hit or can’t get enough of the smell, buy yourself some creosote-scented lotion or ointment.

With plentiful rain comes the beautiful green vibrance of the Sonoran Desert and the ruby red fruit of the prickly pear cactus. This unique fruit, called a “tuna” grows from the pads of the cactus, creating an amazing edible crown, that’s ready to harvest in September. Tunas are used in a variety of foods and products, but some of our favorites include the prickly pear margarita at Reforma Cocina y Cantina, jellies and lip balm.

The National Weather Service in Tucson hosts a Monsoon Awareness Week in the middle of June where meteorologists discuss some of the key weather changes and precautions people should take this time of year.

Take a look a some of their monsoon resources here.

7 hikes that end with water (sometimes)

Where else do you go to find water?

bring on that thunder, lightning and rain!

Organizers say it will return in 2018.

It's official. June in Tucson is THE WORST

When is the rain coming?

14 reasons we actually love living in Tucson during the summer

It's it weird to say it's our favorite time of year?

A list of all the things you should see, eat and do in Bisbee

Tucson is blooming! 7 Insta-worthy spots to stop and smell the flowers

Bloom where you're planted.

Creosote is a plant unique to Tucson and other dry regions like the Mohave Desert and the Chihuahuan Desert. The plant releases that familiar musky, earthy smell from a coating on its leaves.