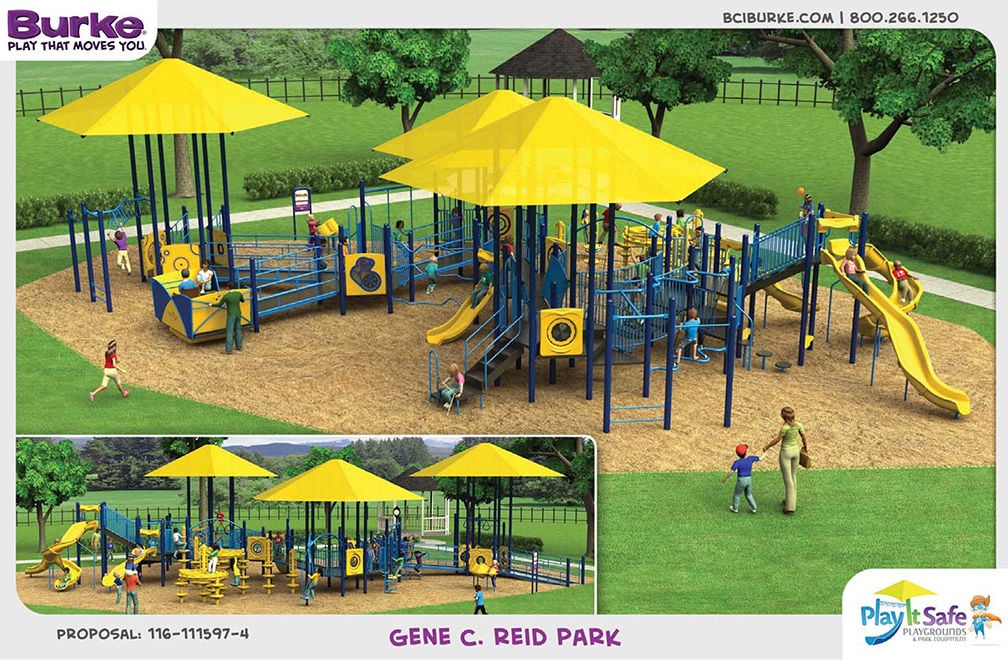 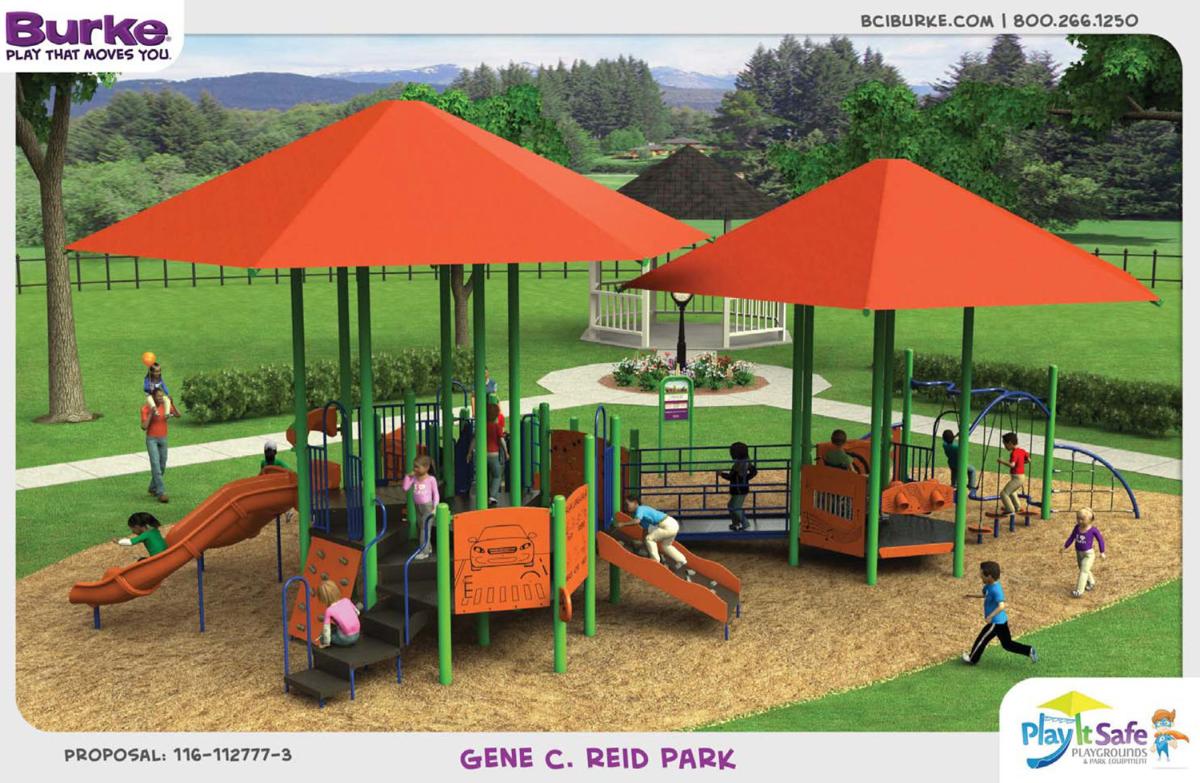 This rendering shows the play area for kids ages 2-5 at the new playground being installed at Reid Park.

Kids will have a new playground to play on at Reid Park in July.

The old playground (nearest the DeMeester band shell) only had pockets of play amenities and was not ADA accessible, says Joe O'Neill of the Tucson Parks & Recreation Planning and Development department.

The existing swings will be refurbished.

A new drinking fountain and new landscaping for the area is also in the works.

The project is scheduled to be completed by late July, O'Neill says.

A splash pad is also planned for the park, but the location is still to be determined, O'Neill says. That project is part of Phase One of the Prop 407 projects which means it will be completed sometime between the years 2020 and 2022.

Reid Park will undergo several upgrades and improvements over the next several years. Those planned projects and timelines include:

Take your kids to Reid Park for a free day of art, music and dance

Spend your Saturday immersed in the arts with your family.

Tucson splash pads have started opening for the summer season

Splash pads are opening and temps are supposed to climb to the 90s next week, which means we're already dipping our toes into summer.

Tucson splash pads have started opening for the summer season

Splash pads are opening and temps are supposed to climb to the 90s next week, which means we're already dipping our toes into summer.

There's a new splash pad on the east side

East side families have a new option for cooling off this summer.