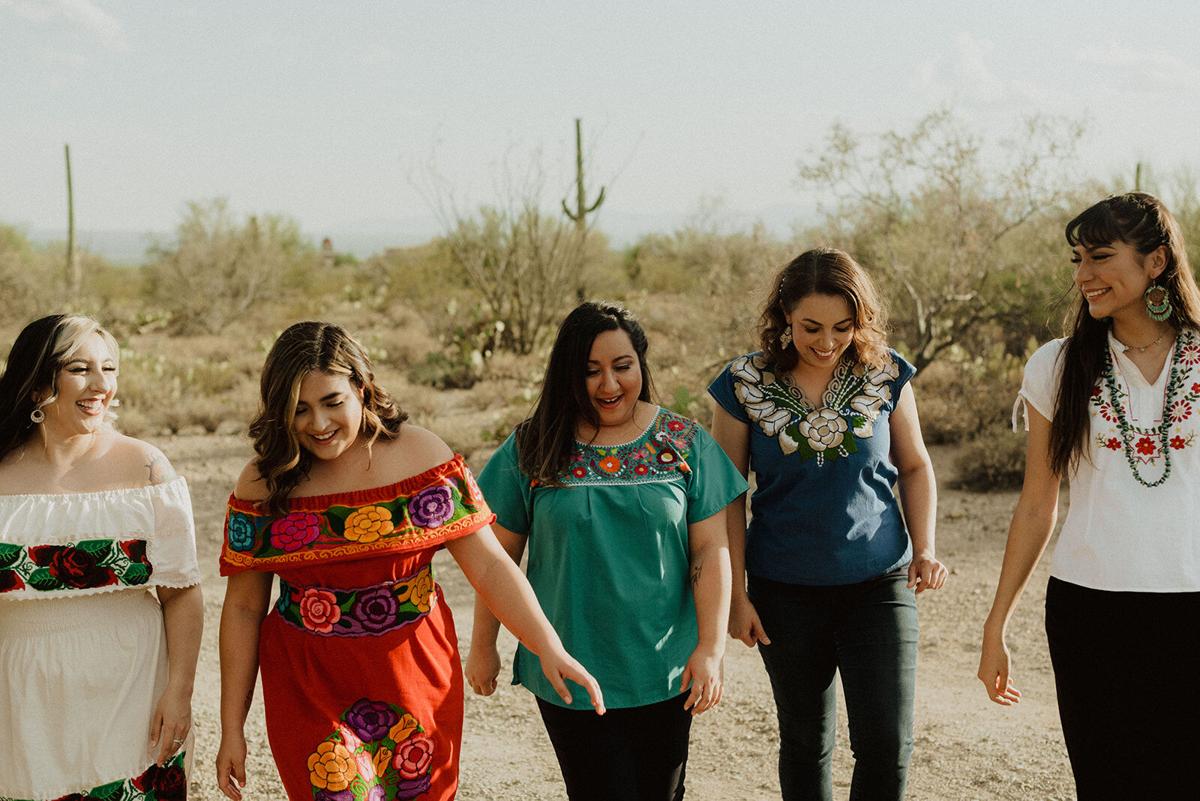 From left to right: Yasmine Durazo, Dominique Mesa, Diana Olivares, Andrea Gallegos and Azul Navarrete-Valera make up the quintet Las Azaleas which focuses on the music of female Latin artists and composers. 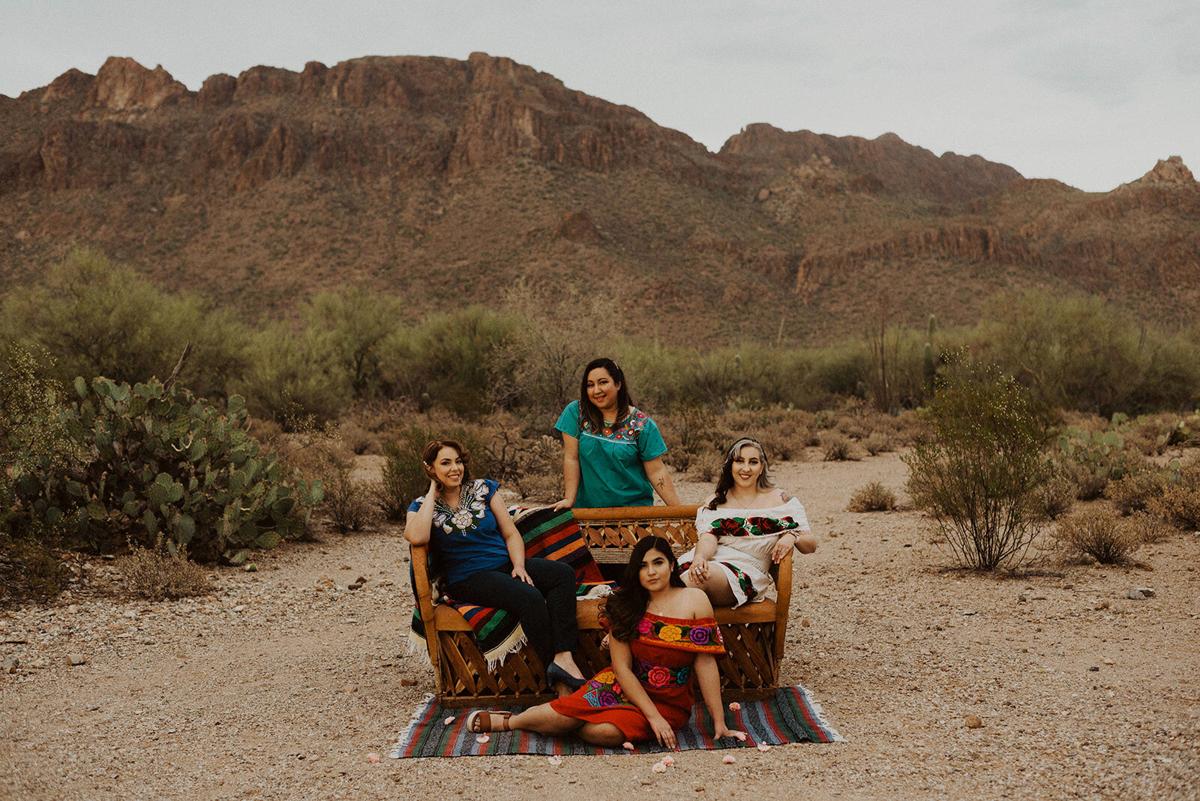 Las Azaleas, performs a repertoire of songs by female composers and musicians. 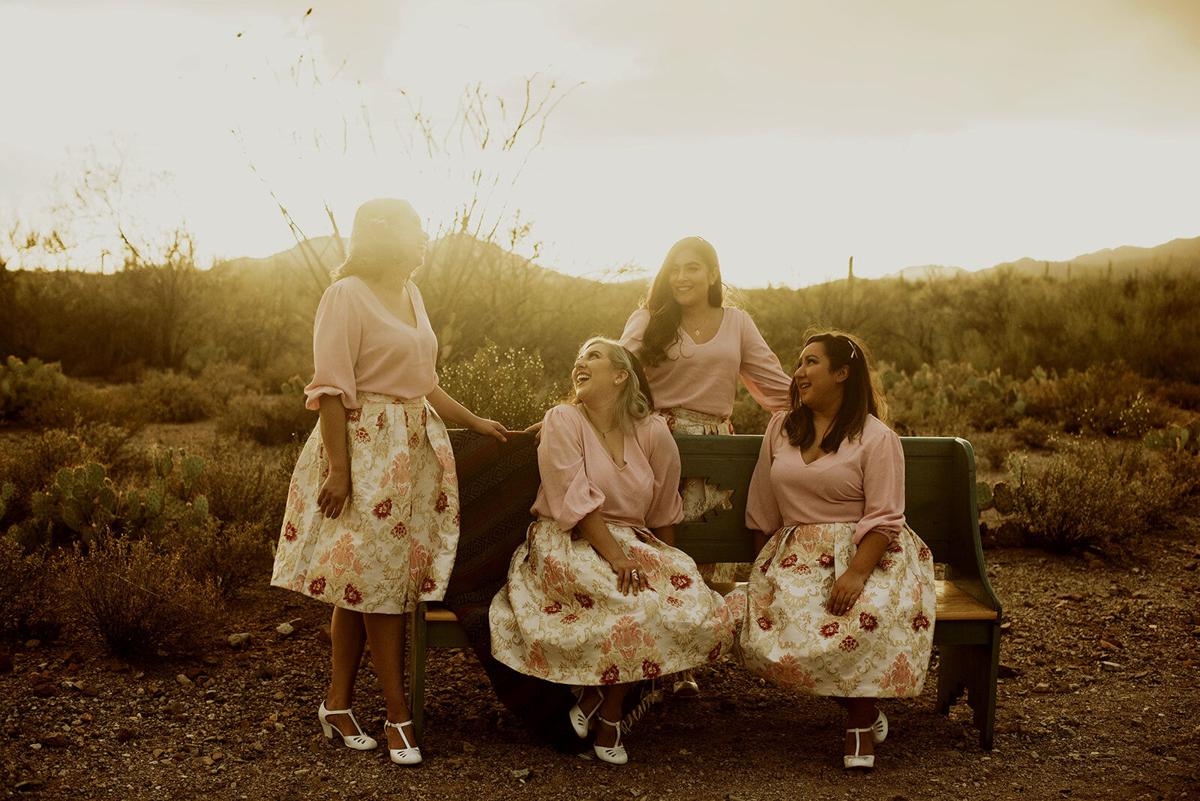 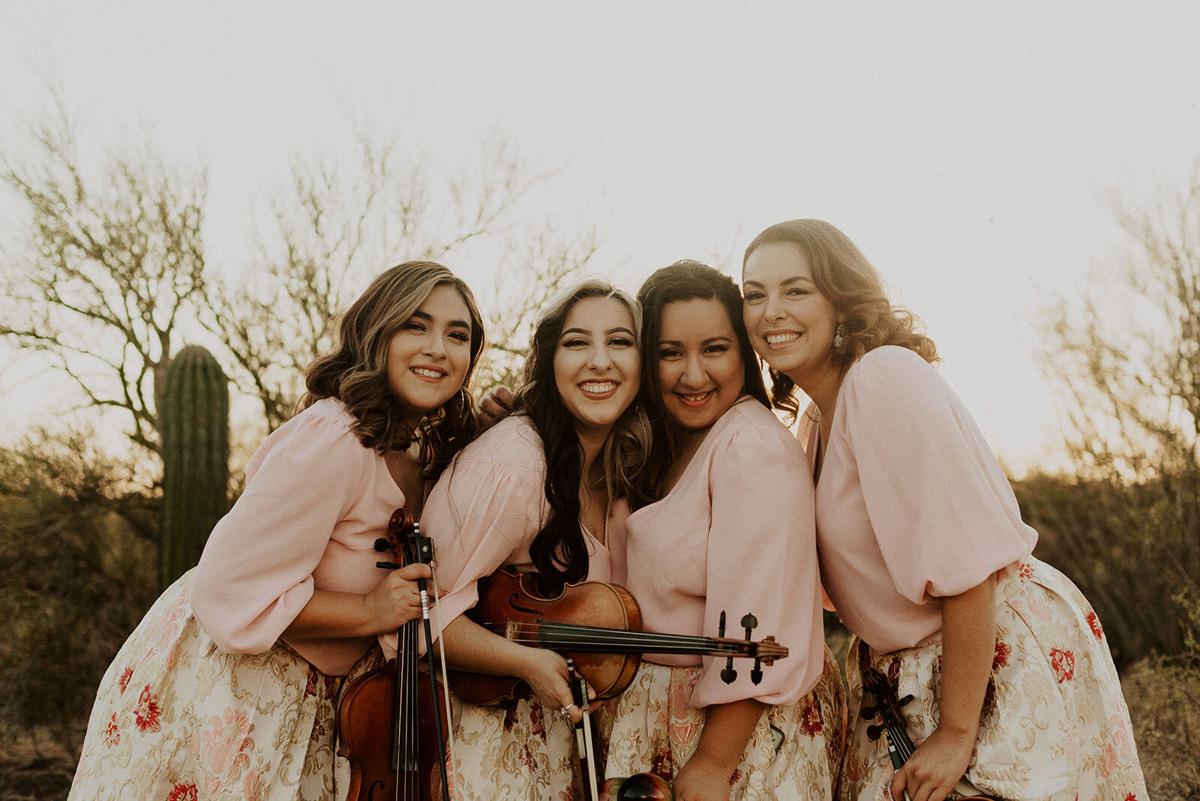 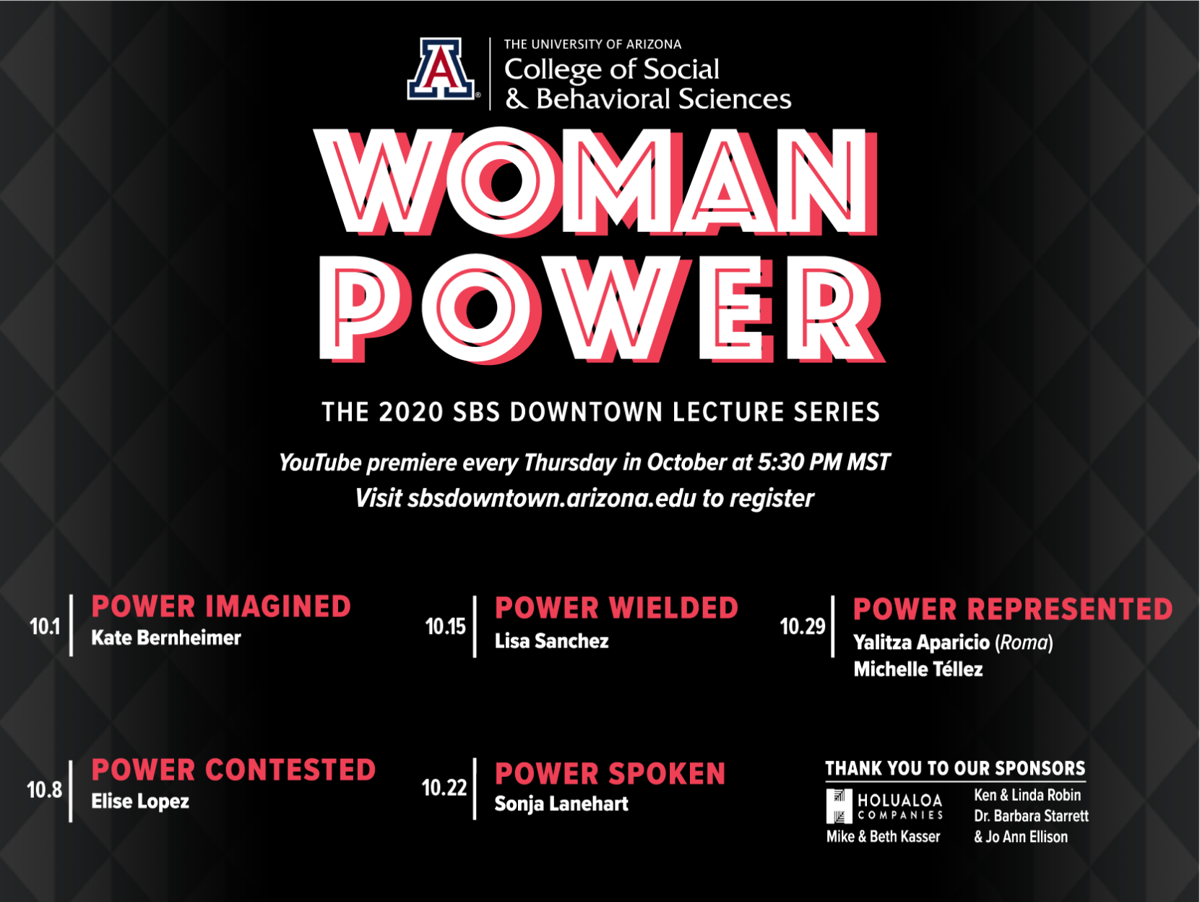 From left to right: Yasmine Durazo, Dominique Mesa, Diana Olivares, Andrea Gallegos and Azul Navarrete-Valera make up the quintet Las Azaleas which focuses on the music of female Latin artists and composers.

Las Azaleas, performs a repertoire of songs by female composers and musicians.

She likes to find solutions.

"During this pandemic when I had all of my gigs canceled, and so many musicians can relate, I was really down," she says. "I wanted to do something about it and I knew that I always wanted to start my own group. I was also very sure that there needed to be a message behind this new project and a clear direction that was positive and that could contribute and inspire the community, and that's when the wheels started turning."

Her vision was to bring together other talented and dedicated local female musicians to learn about and showcase the music of historic and contemporary female Latin artists and composers, some of whom may not have received the same level of exposure as their male counterparts.

It didn't take long for her to recruit four other women: Yasmine Durazo, Dominique Mesa, Andrea Gallegos and Azul Navarrete-Valera to start the group, Las Azaleas, which was established in May.

Olivares says the idea for the group was inspired by her own lack of knowledge about just how influential women have been in composing iconic pieces of music like the popular Mexican bolero "Besame Mucho." Written in 1941 by Consuelo Velázquez, it's a song that has been translated into several languages, and performed over the last several decades by everyone from The Beatles to Andrea Bocelli.

"I think the entire world knows that song and I didn't realize it was composed by a woman in Mexico, I had no idea," Olivares says. "As a mariachi musician ... I knew all these male interpreters and composers of music, but there were few women that really reached such a high status where they were known worldwide, so that really opened my eyes when I started realizing that lot of my favorite pieces were composed by women."

Las Azaleas focuses on a different female artist each month by learning songs from her repertoire, filming a video of their interpretation of one of the songs and researching her life and work for the group's blog, podcast and newsletter.

Members of the group all share the work of researching and writing about the artists.

Yasmine Durazo, who sings and plays violin in Las Azaleas, researched the group's first monthly spotlight on Maria Teresa Lara, the much lesser known but also talented sister of renowned Mexican composer and singer Agustin Lara, whose career spanned many decades between the 1920s and 1960s.

While Durazo was very aware of Agustín Lara and his work, she says she had never heard of Maria Teresa Lara and was surprised to learn some of Agustín's well known songs were actually written by his sister.

Other artists Las Azaleas have spotlighted so far include Grammy-nominated vocalist Nydia Rojas and internationally known crossover artist Eydie Gormé, known as both an American pop star and the queen of boleros throughout her career from the 50s-70s.

Olivares keeps a master list of all the artists Las Azaleas will feature that's comprised of musicians and composers that have inspired the group's members throughout their own journeys as musicians.

October's featured artist will be Linda Ronstadt and other names on the list include Selena, Natalia Lafourcade and María Grever.

Olivares says she hopes the group will not only help spotlight the careers and contributions of pioneering women artists, but also inspire and empower young female musicans to form their own groups.

Like the other members of Las Azaleas, Olivares began playing music at a young age and has several years experience as a professional mariachi, opera and jazz performer. She says that with the exception of Mariachi Sonido de Mexico, under the direction of fellow Azalea Andrea Gallegos, there are very few groups in town — especially that perform mariachi or Mexican music — that are female led.

Band member Durazo, who is now in college and has been playing music since middle school says Las Azaleas, is the first group she's been in that's all female, and female led.

"I feel like Las Azaleas is my safe space, we're very supportive of each other. This is the first group I've played with where we don't argue at all during practice. we're always on the same page," she says. "Diana is an extremely good leader, she knows exactly what she wants and she'll tell you that you're playing something wrong in the most polite way ... She listens to our input as well, I think that's what also makes her great is that she also makes sure we have some input ... and it's a collaboration."

Cultures adapt: 6 ways to enjoy Tucson Meet Yourself this year

The annual event nicknamed Tucson Eat Yourself is rolling out several new ways to enjoy the festival, both online and in-person, during the pandemic. And food is still a central component.

Things to do this October 2020 in Tucson, Arizona including virtual events, drive-ins, drive-thrus, open-air events and Halloween and fall things to do, Oct. 1-31.

Arizona 2020 election: What you need to know about voting in Pima County

The last day to register to vote in Arizona is Monday, Oct. 5. How to register in Arizona, how to update your registration, how to vote by mail in Arizona and other voting resources.

Dancing in the Streets Arizona is a nonprofit ballet studio in South Tucson that makes ballet dance classes affordable and accessible for Tucson kids, especially those from at-risk communities.

Artists & Makers Studios at Steam Pump Ranch in Oro Valley, Arizona will house gallery space and 12 individual work areas that will be available for rent to local artisans.

The work of this collection of Tucson, Arizona based Latinx makers is particularly unique because it's largely inspired by their love and pride for their culture, language and life in the Sonoran Desert.

Spaces to Learn, a volunteer-run project, is asking for donated desks, keyboards, desk lamps, headphones and other equipment to help make learning from home a bit easier and more productive for families who couldn't otherwise afford to purchase these items.