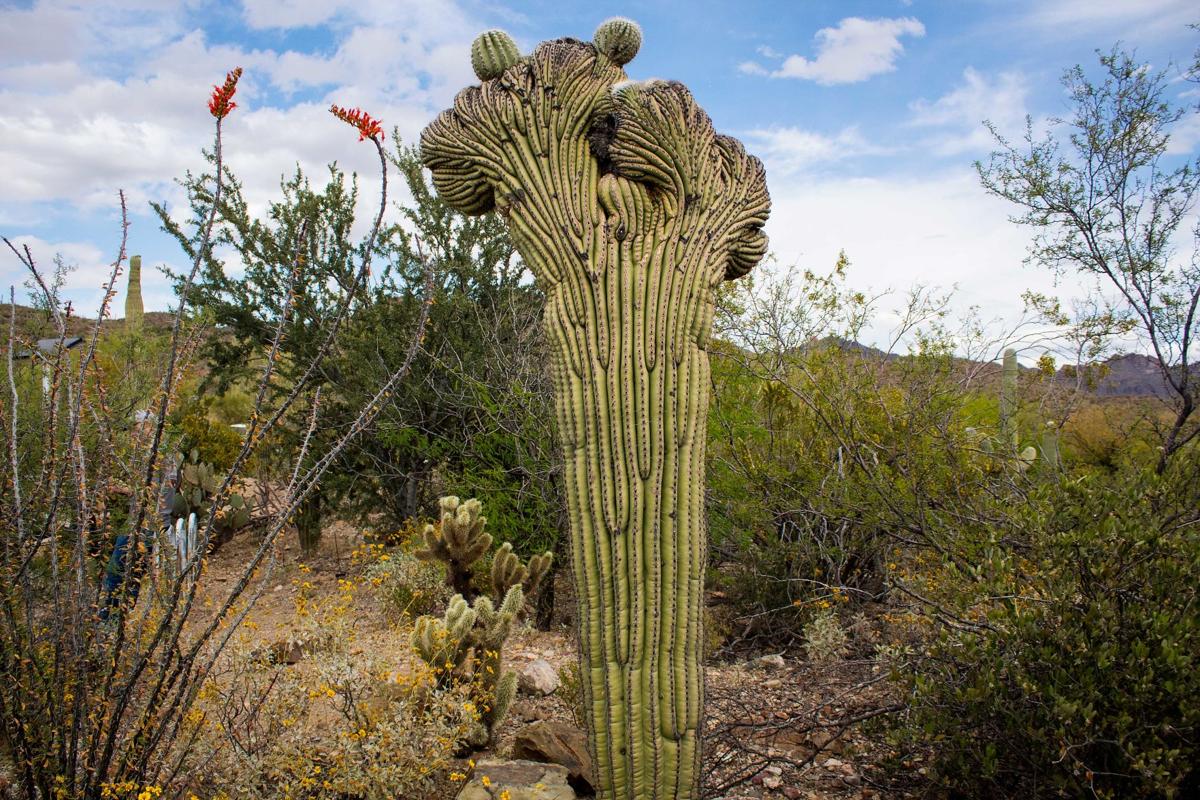 You can find this crested saguaro near the entrance to the Arizona-Sonora Desert Museum. 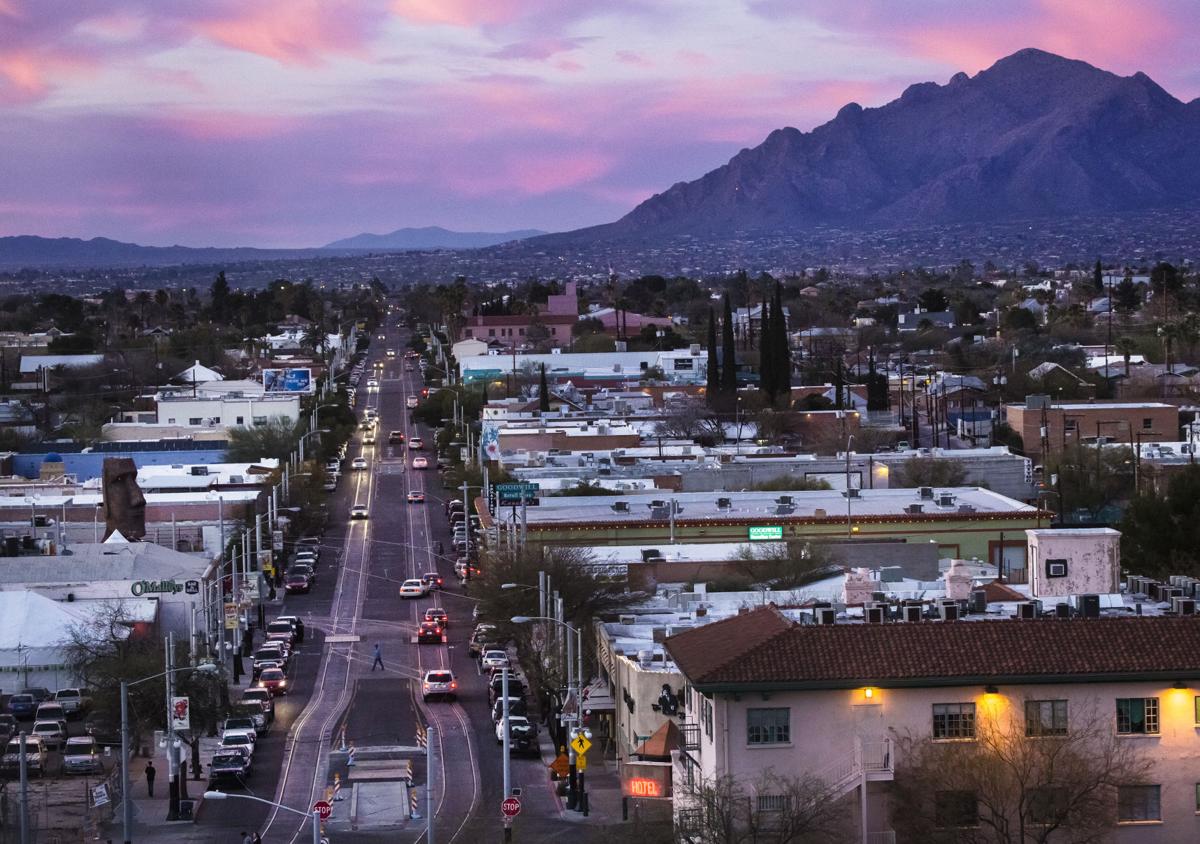 The scene on North Fourth Avenue on Friday, March 15, 2013, near downtown Tucson, Ariz. 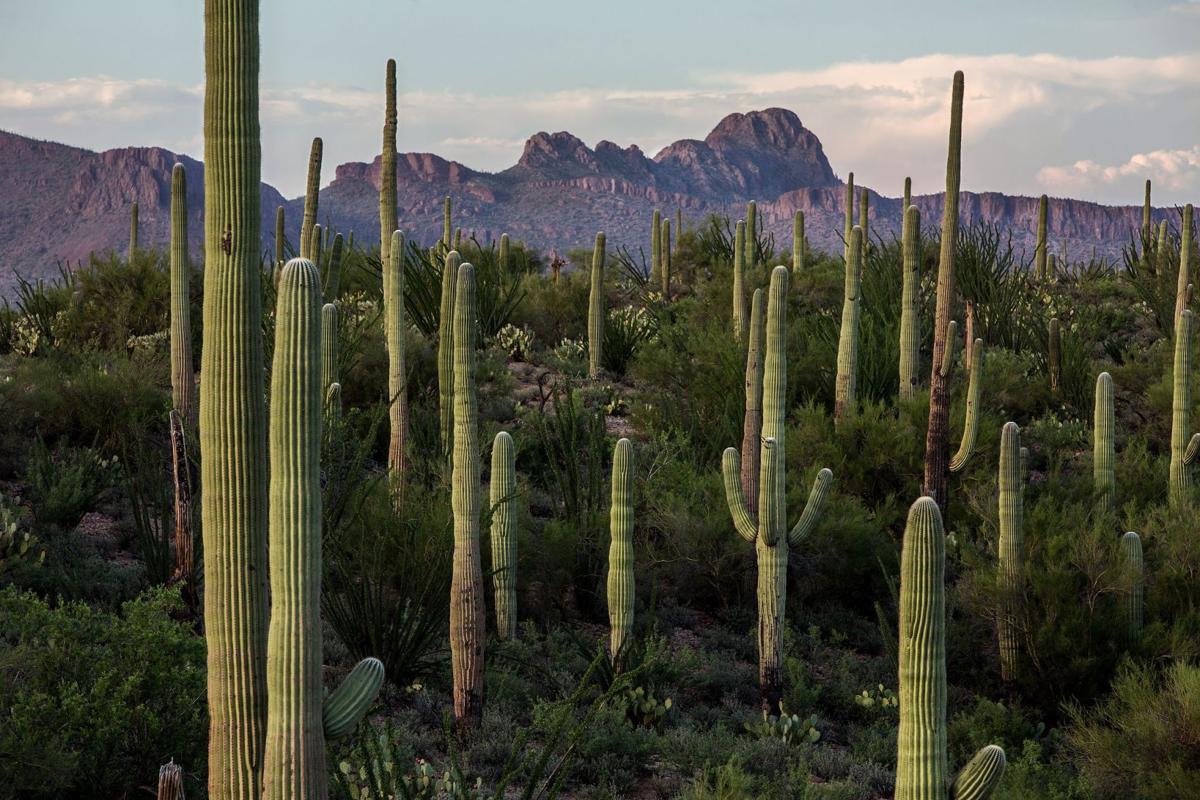 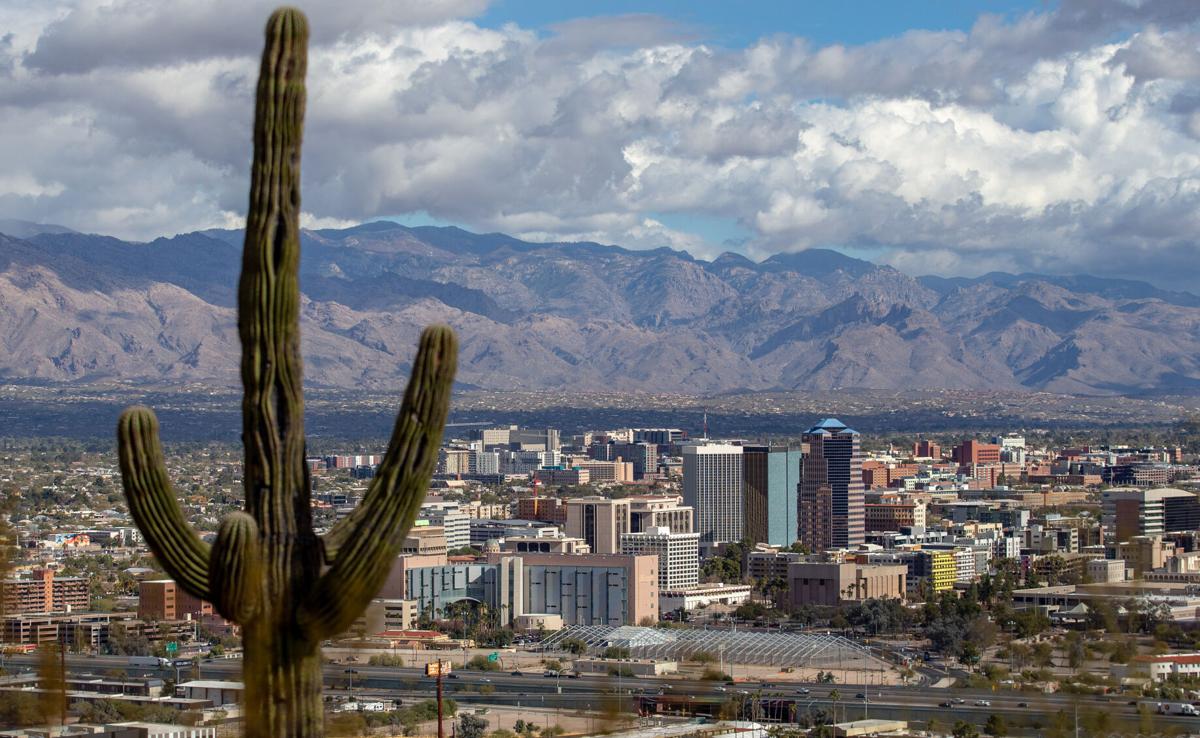 Downtown Tucson from the westside as clouds roll through the area on Dec. 29, 2020. 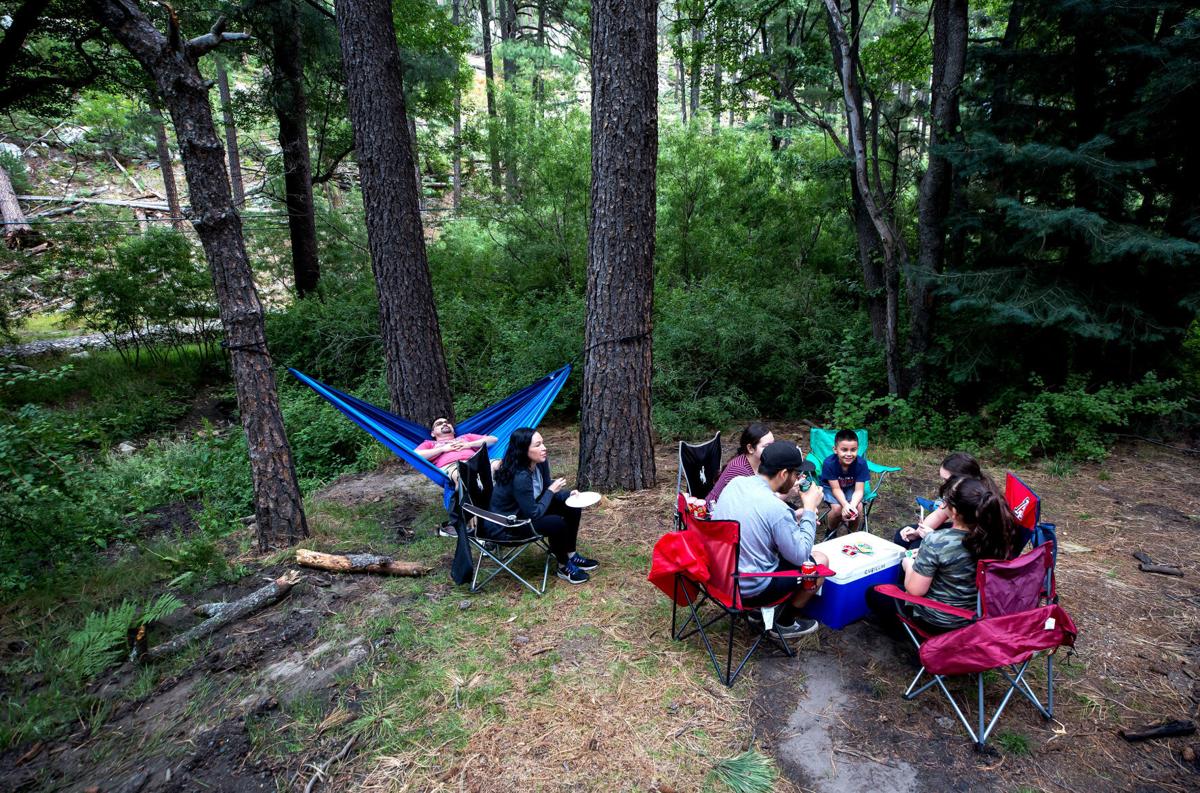 To escape the heat, a family hangs out near Marshall Gulch trailhead in Summerhaven. Mount Lemmon offers visitors a wide variety of activities such as hiking, camping, fishing and skiing. 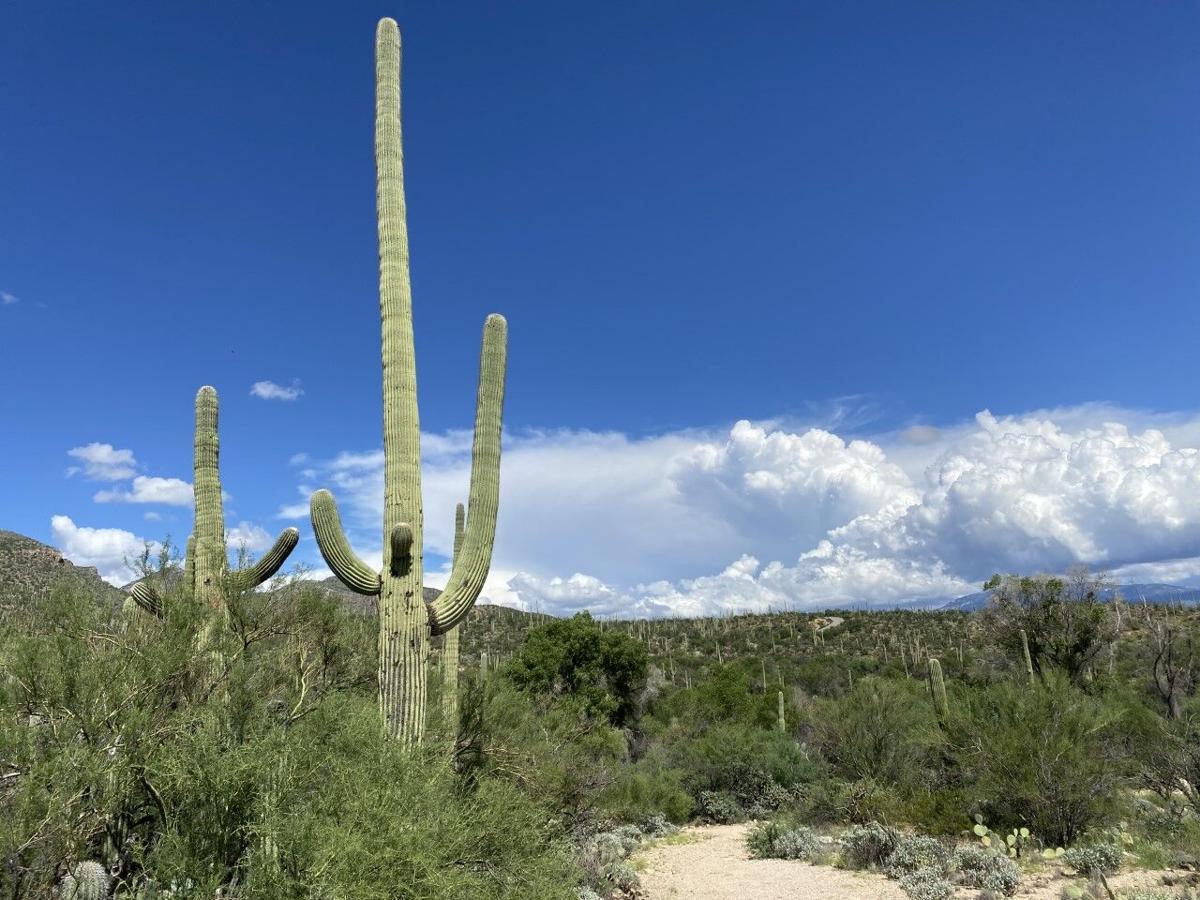 The Bear Canyon Trail is just one of nearly two dozen trails that can be hiked at Sabino Canyon, 5700 N. Sabino Canyon Road. 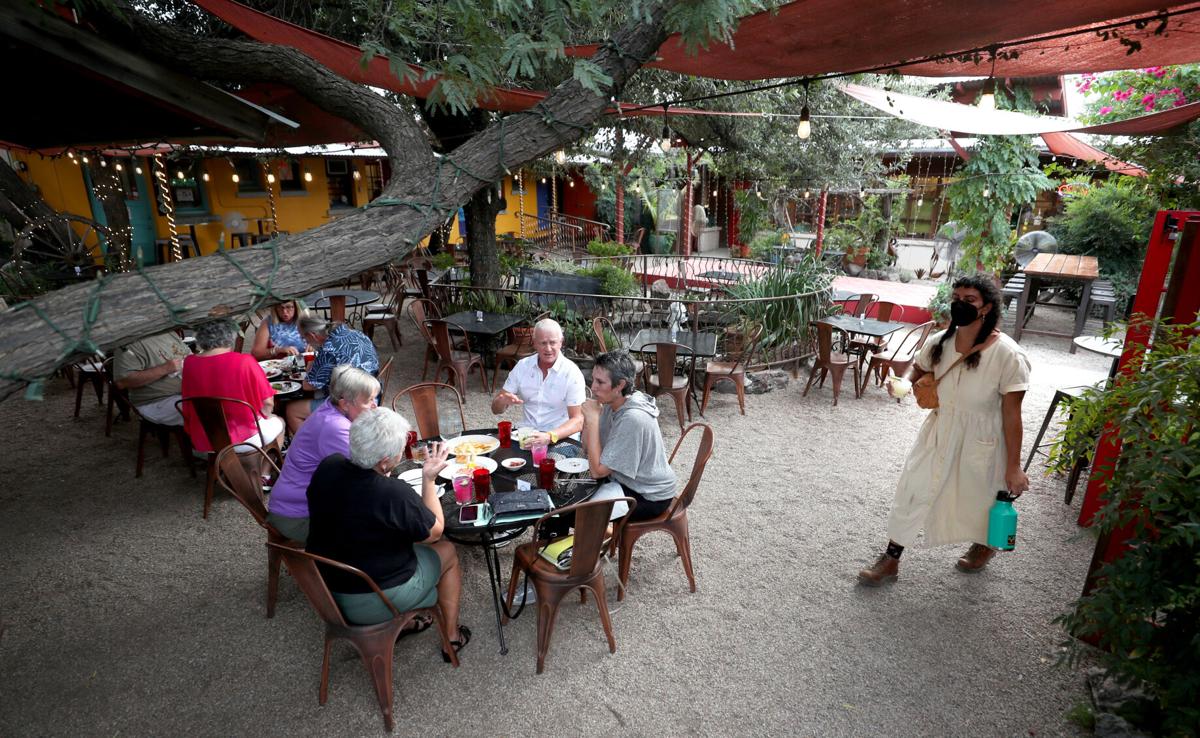 The outdoor dining area for LaCo and Tallboys in Old Town Artisans, Tucson. 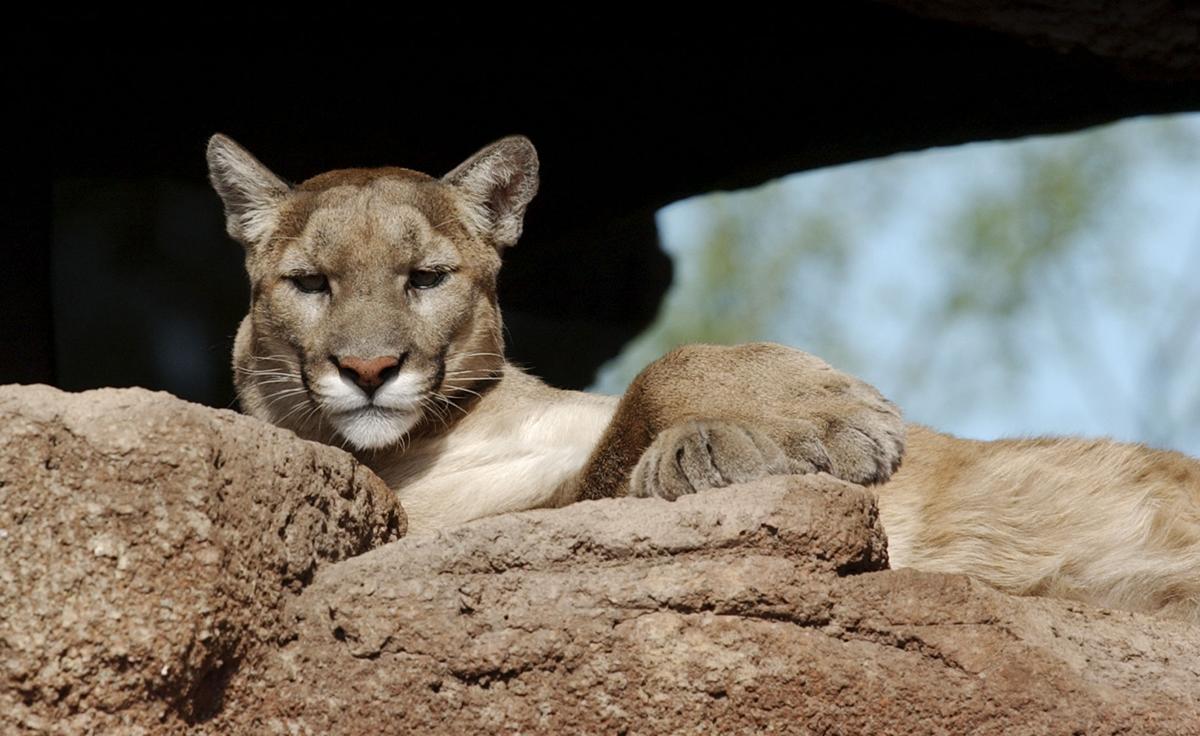 A mountain Lion relaxes on a rock at the Arizona-Sonora Desert Museum, Tuesday, Nov. 9, 2004, in Tucson, Ariz.

There are plenty of Tucson things to disagree on, like who has the best Sonoran hot dog, which Eegee's flavor tops them all and how to pronounce Ina Road.

But, we asked our Instagram followers to tell us their favorite Tucson places to take out-of-town visitors. And from the more than 600 answers we received it was pretty clear that these are the seven places you all really love.

This is the time of year you might typically host your out-of-town family and friends or maybe you want to play tourist in your own town — rediscovering a favorite place or exploring a new one.

Here's the list of favorite places and what to know when you visit, listed in reverse order of popularity — so scroll to the bottom to see the No. 1 reader fave:

There aren’t too many parts of town where you can thrift shop, get a tattoo, have your palm read, enjoy some of Tucson’s best tacos and have a tropical tiki drink all on the same street. Just to name a few reasons that make Tucson’s funkiest avenue a favorite place to spend a good part of the day exploring.

This historic district is home to many beloved restaurants and bars, popular local shops and several colorful murals all within walking distance. Fourth Avenue is also the site of many popular annual events like the street fair. The winter street fair happened last weekend, with the spring street fair coming up in April.

Check this list of Fourth Avenue merchants for current hours of operation and any changes to services due to COVID-19.

There are plenty of options for hikers of all skill levels — just make sure you bring ample water. Bicyclists can also bike around the east district’s Cactus Forest Loop Drive, an 8-mile paved loop.

The entrance fee for the park is $25 for one vehicle, and that lasts for a week and is good for both districts. You can purchase your passes to the park online here.

Downtown Tucson, the city's entertainment, dining and history hub has a little something for everyone to enjoy. There are historic theaters, restaurants and some popular attractions including Tucson Museum of Art and the Children's Museum Tucson.

The annual Parade of Lights is canceled this year, but downtown is still getting into the holiday spirit with more than 140 trees decorated with twinkle lights and 60 illuminated buildings. There's also a temporary ice rink set up downtown for the holidays, among other festivities.

To learn about some of the area's history, you can go on a self-guided walking tour with nearly two dozen stops at historic places along a 2.5-mile route or admire the unique murals all around Congress Street and in the nearby Barrio Viejo neighborhood.

You can’t go wrong with a trip to Tucson’s favorite (sky) island getaway. The highest peak in the Santa Catalina Mountains, Mount Lemmon is a favorite retreat for desert dwellers.

On the drive up the mountain, you’ll get sweeping views of the city and see the landscape change from cactus-studded desert to a forest of towering pines. Near the top, you’ll find Summerhaven, a tiny mountain village with a handful of gift shops and restaurants.

When the mountain gets enough snow, you can also go skiing in Ski Valley. When there’s no snow, a ride on the chair lift is still worth doing. Hikers will also find much to love about the mountain.

The mountain views, running water and the chance to see some of Tucson’s wildlife roaming free are among the reasons Sabino Canyon is so beloved by hikers, runners, bikers, photographers, families and anyone looking to spend a few hours away from the city and surrounded by nature.

Located at the base of the Santa Catalina Mountains, you can explore the many surrounding trails, hop on the Sabino Canyon Crawler for a tour of the canyon, or pack a picnic to enjoy with family.

Our readers were especially enthusiastic about Tucson's vibrant food scene, which has garnered worldwide recognition as a UNESCO City of Gastronomy. The Old Pueblo has a stunningly diverse selection of taquerias, trendy cocktail bars, farm-to-table restaurants and the best Mexican food in the United States (in our opinion).

The responses included more than two dozen names, and many with fabulous patios like the newly reopened LaCo in the historic Presidio neighborhood of downtown Tucson. The biggest recommendation by far was El Charro Café, a Tucson staple that's considered the oldest Mexican restaurant by the same family in the entire country. Also in the Presidio, the stately downtown location dates back to 1922 and has a large patio area where you can sip some prickly pear margaritas in relative safety. And of course, don't forget to order the carne seca, the iconic shredded meat of Sonora that's dried in the traditional way in cages on top of the restaurant.

Many readers also recommended BK Tacos and El Güero Canelo, the successful taquerias that brought the Sonoran hot dog up from Mexico and introduced it to the world in all its bacon-wrapped glory.

The very popular sandwich and slush joint Eegee's also came up many times. The chain was named the best fast food restaurant in Arizona by Food & Wine magazine a couple years ago.

It’s no surprise the Arizona-Sonora Desert Museum tops this list of Tucson favorites.

With desert views for days, this living museum is part zoo, part botanical garden and also home to an aquarium, natural history museum and an art gallery. All things desert. It’s the perfect place to soak up some Tucson sunshine and immerse yourself in the desert flora (with more than 1,200 plant varieties) and get up close with the fauna (more than 240 desert species are on display).

Some indoor features may be closed or modified due to COVID-19 safety guidelines and masks are required while inside.

10 insider things you should know if you're moving to Tucson

If you are moving to Tucson, Arizona, new to Tucson, or have lived here for years, this story is for you. Learn about the weather, Santa Cruz River, our UNESCO City of Gastronomy designation, monsoon, and the ASU vs. UofA rivalry.

Tucson is home to many places for photo opportunities. If you're looking for a saguaro backdrop, lush greenery or a splash of color thanks to Tucson's many murals, here are our favorite photo-worthy spots.

Here's a giant database of Tucson artists for Christmas gifts, birthday presents and treating yourself

Tucson is home to thousands of artists and makers creating everything from prickly pear jelly to saguaro bolo ties to ornaments for your Christmas tree. Shop local this holiday season and let our artist database get you started.

Where to see holiday lights in Tucson this month

Check out all the holiday light opportunities around Tucson this December.

The Stone Avenue mural located between Roger Road and Limberlost Drive in Tucson has been restored by the original artists, including Pasqualina Azzarello, 20 years after its creation.

Ring in 2022 with these local celebrations and late-night New Year's Eve parties in the Tucson, Arizona area.

The Tucson Parks and Recreation Department is offering a huge list of classes for Spring 2022 for kids and adults. Sign up before Wednesday, Jan. 22!

Tips for enjoying a snow day on Mount Lemmon ❄️❄️

Mount Lemmon becomes Tucson's own winter wonderland this time of year. The mountain received just under two inches of snow on Wednesday morning, with more snow predicted in the coming days.

Some of Tucson's best art exhibitions of the year have already started. Find murals at public parks, little green army men at the Mini Time Machine Museum of Miniatures, a food exhibit at the University of Arizona Museum of Art, and more.

John Dillinger's eventful capture in Tucson: the history and how it's remembered today

A guide to notorious gangster John Dillinger's short-lived stay in Tucson and his eventful capture by the Tucson Police Department. The guide also includes the impact of his capture on Tucson's cultural scene through local bars, murals and events.

Watch now: A historical look back at snowy scenes on Mt. Lemmon

With Mt. Lemmon once again painted white from recent snow showers, here is a look at Tucson's popular winter destination in past decades.