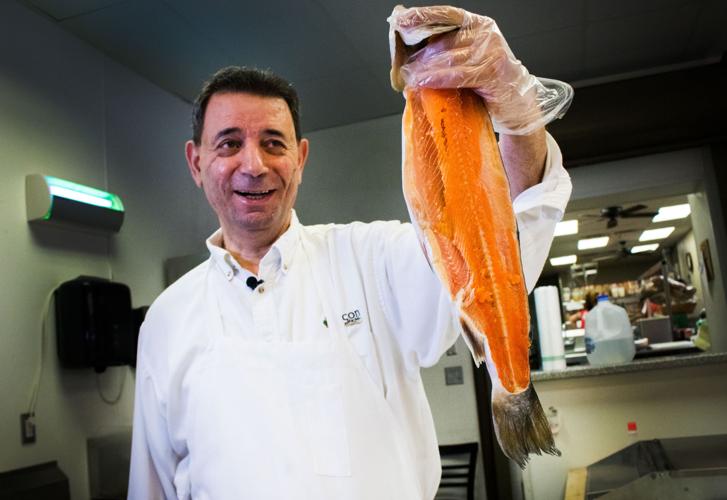 Yuri Rabayev of Rincon Market has made a reputation for himself selling fish in the Sonoran Desert. 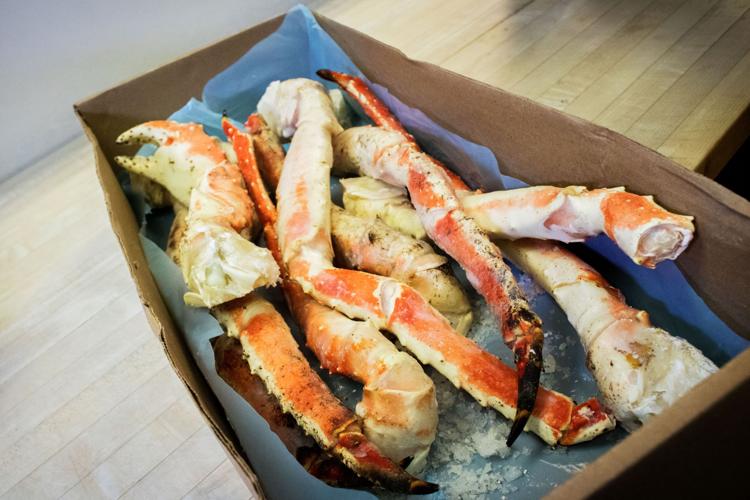 Yuri doesn't put these Red King Crab from Russia in his case. You have to ask for them from the back. 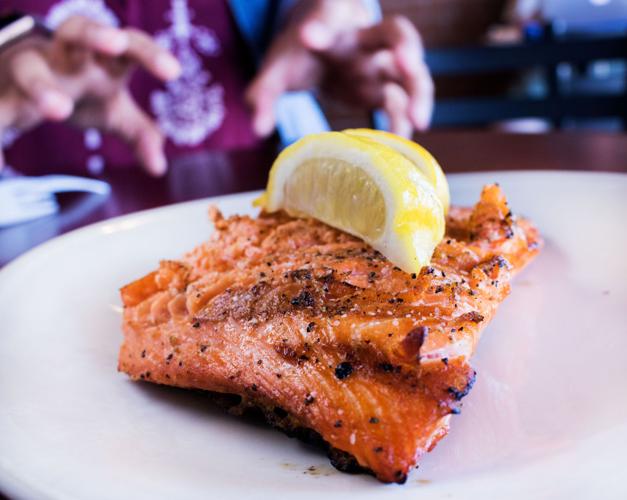 The kitchen made us up this ocean trout from Iceland, $20.99 a pound. It was much richer in flavor than your regular store-bought stuff. 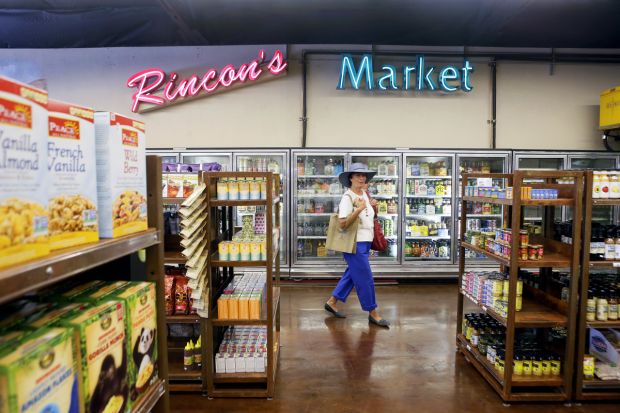 Being a fishmonger sounds like a stinky job. But Yuri Rabayev finds it quite refreshing.

He's found freedom here, working six days a week behind the fish counter at Rincon Market. You might call him a perfectionist. You might call him obsessed. But listening to him talk about how he lays the plastic wrap down on the tray for maximum freshness, you get a sense that cleaning fish is Yuri's American Dream.

Yuri has been working at the campus-area grocery store for more than 18 years. A Russian Jew by birth, he came with his family from Moscow in 1992 to escape the fall of the Soviet Union. With limited language skills, he worked at a Tucson potato chips factory called Crispy's for a spell until he was able to get a job at the fish counter at the now-defunct 17th Street Market.

These days, Yuri has become a sort-of local icon. His reputation has attracted the attention of national magazine "Bon Appétit," and his international fish counter routinely draws customers from Hermosillo and neighboring states like New Mexico.

His customers repeatedly told me they'd been coming to Yuri for decades, that he was the only game in town. One woman who lives part-time in Seattle said that Yuri is the closest thing to the famous Pike Place Market, and that Rincon is "just as good."

So, why do people go here instead of ... you know, Safeway? It's all about:

1. Freshness. There's a reason you don't see boatloads of fish brimming out of the counter at Rincon. It's because they order small, and sell quickly. That doesn't mean they can't get the product: Rincon sources its seafood from all over the world, Scotland, New Zealand, Fiji islands, etc. But the counter changes on a daily basis so the fish doesn't sit around for more than a day or so. "Fresh fish should not smell," Yuri is fond of saying. But that's also because of Yuri's strict ...

2. Cleaning routine. The staff at Rincon spend two and a half hours each day cleaning the operation. This includes paper-drying the fish to remove slime which can create bacteria, washing and maintaining the case, etc. Yuri is very particular about this. When picking out a fish, "you have a right to smell it. If it smells, you should not buy it." That's why Yuri gives all his customers a "smell test" so they can be confident about their purchase.

3. Quality product. Make no mistake, Yuri runs his counter a little bit differently than the hipster fishmongers you might see in bigger cities. There's no hype about sustainability or Seafood Watch posters on the walls. But Yuri is very particular about what he buys, and has a reputation with wholesalers for being picky. This doesn't mean that the seafood has to be wild. "I ask myself, what is not farm-raised? What kind of berries and apples ... Have you seen wild mushrooms, maybe one, maybe nothing. Have you seen wild duck or pork?" If it's from a farm though, it's a low-density one.

4. Expertise. On our visit I watched Yuri casually recite the boiling points of all the major cooking oils, down to the degree. Until now I had no idea that a trout was actually from the salmon family, or that one can eat horseradish with seafood. (Delicious!) Yuri will guide you through anything, from storage to prep to fun recipes from all over the world. Preparing fish is intimidating, but he's a great resource.

5. Lunch. Did you know that you can take any fish from the counter, and have it cooked up on the grill right there? They just charge you price of the fish, plus $2.50 for a side of rice and steamed vegetables. Yuri introduced us to a guy who eats their fish five days a week, and he had such glowing, healthy skin! It could have just been a suntan though, it is Arizona ...

Here's a list of every major Easter brunch in Tucson

Book soon. Some of these restaurants are almost sold out.