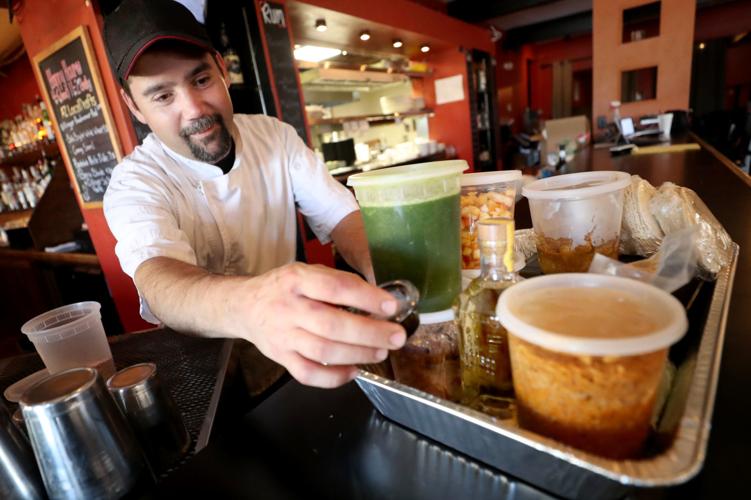 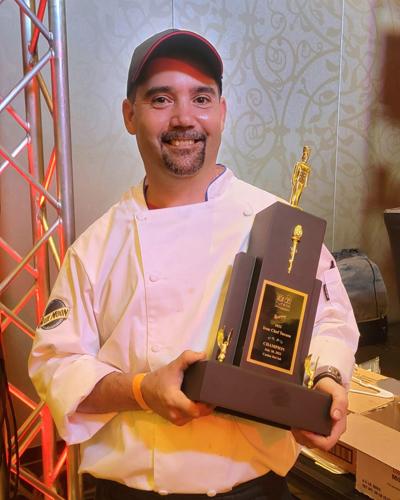 Kenneth Foy, chef/owner of Dante's Fire, is the winner of the 2022 Iron Chef Tucson competition. 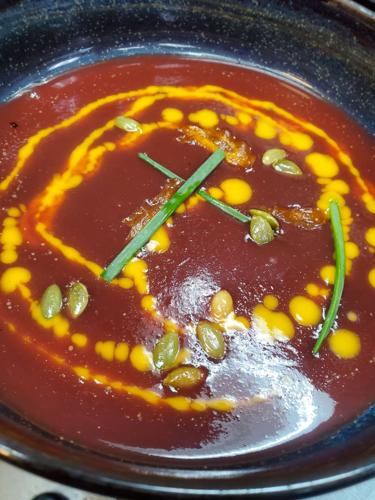 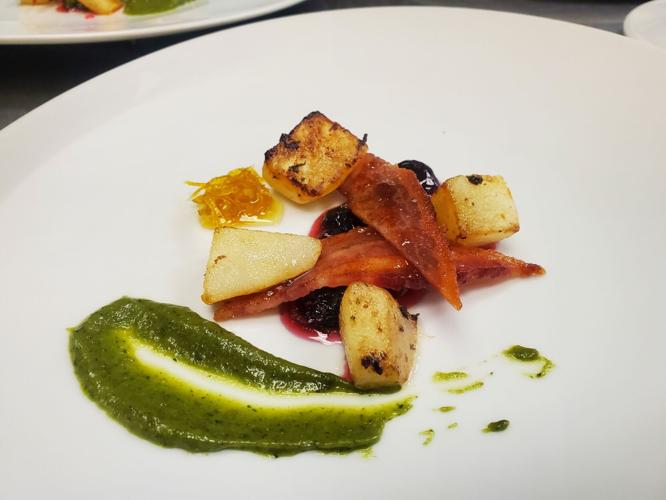 A plate with pickled ginger sweet potato mash, seared shrimp and cherry burre rouge was one of the winning dishes by Chef Kenneth Foy. 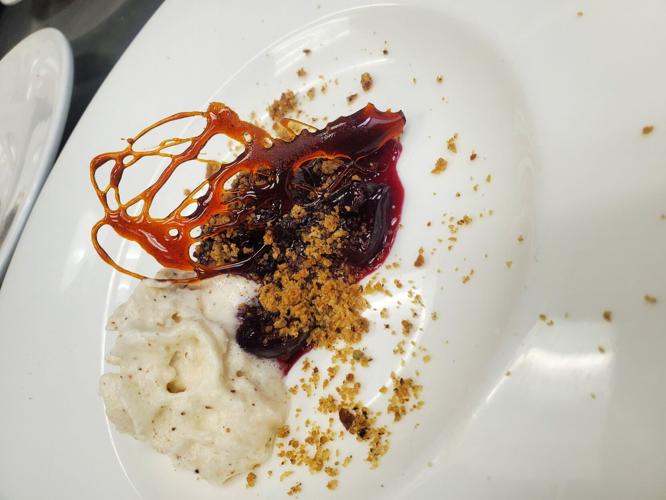 As soon as he sat his plated creations out for the judges, Dante’s Fire chef-owner Kenneth Foy had a feeling he would win the 2022 Iron Chef Tucson competition.

“Once I put our stuff out there, I thought we had a level of sophistication that would win,” he said Monday, Aug. 1, two days after the July 30 competition at Casino del Sol.

Foy upset reigning Iron Chef Wendy Gauthier, the chef-owner of Chef Chic at 1104 S. Wilmot Road, who held the title since winning in 2019. The pandemic forced organizers of the event, which pits Tucson chefs in a timed competition using a “secret” ingredient, to cancel the event in 2020 and 2021.

“It was a really close competition between two amazingly talented chefs,” Casino del Sol Executive Chef Ryan Clark, a commentator for the event, said in a written statement. “So, kudos to both Ken and Wendy. The event was a great time and we can’t wait to do it again next year.”

“I heard it was close,” Gauthier said. “We had fun. I’m very proud of my team. I couldn’t have asked them to do any better.”

Foy and Gauthier had one hour on July 30 to create four dishes using the secret ingredient — cherries — as a central component. Cherries was one of four ingredients being considered and the two chefs were given the list of potential ingredients the night before the competition so they could sketch out ideas. The chefs also had to use Blue Moon beer in one dish — Blue Moon is one of the principal sponsors of the competition.

Foy said he and his team crafted dishes based on all the possibilities.

“I didn’t think cherry was going to be it. … I thought it was going to be beef liver so I was kind of bummed,” he said. “We’re just happy they didn’t pick puffed pastry.”

“We liked the ingredient,” he added. “I think why we were so successful was our range.”

Foy and his team deployed cherries in his Blue Moon pesto that was part of his tasting plate alongside cayenne cherry compote, seared Asian pears, candied bacon and cheddar crisps.

Tart cherries added a punch to his tart cherry beet borscht finished with a carrot aioli, a carrot chip and toasted papitas.

Gauthier said she and her team were excited about working with cherries. They created a vegetable carpaccio with quick pickled cherries and fried avocado, and a congee — think rice soup — cooked in cherry puree that was topped with cherry roasted spiced pumpkin seeds and diced cherries. Another dish featured shrimp stuffed with a three-cheese blend and cherries wrapped in bacon and served with a sweet and sour cherry sauce, and ricotta cherry gnocchi with macadamia nuts, candied orange peel and a cherry flambé.

About 650 people attended the competition, according to Nathan Lanham-Baird, marketing and promotions director of the contest’s coordinator, Arizona Lotus Corp.

“The 60 minutes goes by in the blink of an eye,” said longtime Tucson food writer and publicist Matt Russell, who was a commentator alongside Clark. “As the chefs got closer to where they have to sort of back off and raise their hands … their work became quite intense.”

Foy said he phoned his restaurant at 2526 E. Grant Road after the contest results were announced July 30 and the restaurant erupted in cheers.

Foy plans to host an Iron Chef dinner soon that will feature his competition-winning dishes. He also plans to add the Asian pear tasting plate to his menu.

If the James Beard Awards are foodie Oscars, here are 2 Tucson chefs who were also nominees

Today, Don Guerra of Barrio Bread took home the James Beard Award for outstanding baker. In February, two Tucson chefs, Maria Mazon and John Martinez, were named semifinalists. Though they didn't make it to the finals, here's a bit more about them.

Life at the station: How Tucson firefighters eat

Firefighters spend half their week at the station, for 24 hours a day. So how do Tucson Fire Department (TFD) firefighters feed themselves? They cook in teams, clip coupons, and prep meals that can be eaten cold or on-the-go.

How do restaurants on Mount Lemmon make it work?

Why are there so few restaurants on Mt. Lemmon? There's plenty of demand for food and activities in our sky island oasis. This article gives some insight into the difficulties small businesses face on the mountain.

NOW OPEN: A new cafe is tucked in this bike shop right off The Loop

Tucson cyclists rejoice! A new cafe is coming to The Loop! Hello Bicycle bike shop is opening an espresso bar with pastries, pour-overs and tea in their cycling community in midtown Tucson.

Guadalajara's Grill and Tequila Bar in Tucson, Arizona is celebrating its 20th anniversary. As a thank-you to the community, the restaurant is hosting festivals at its three locations.