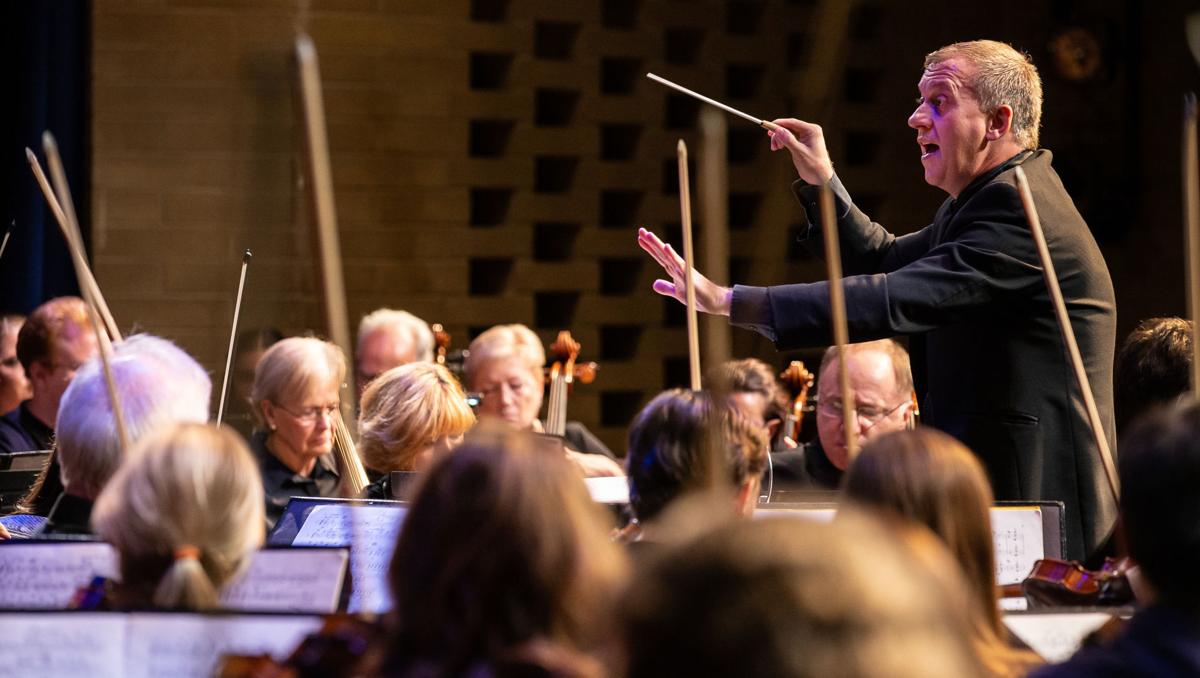 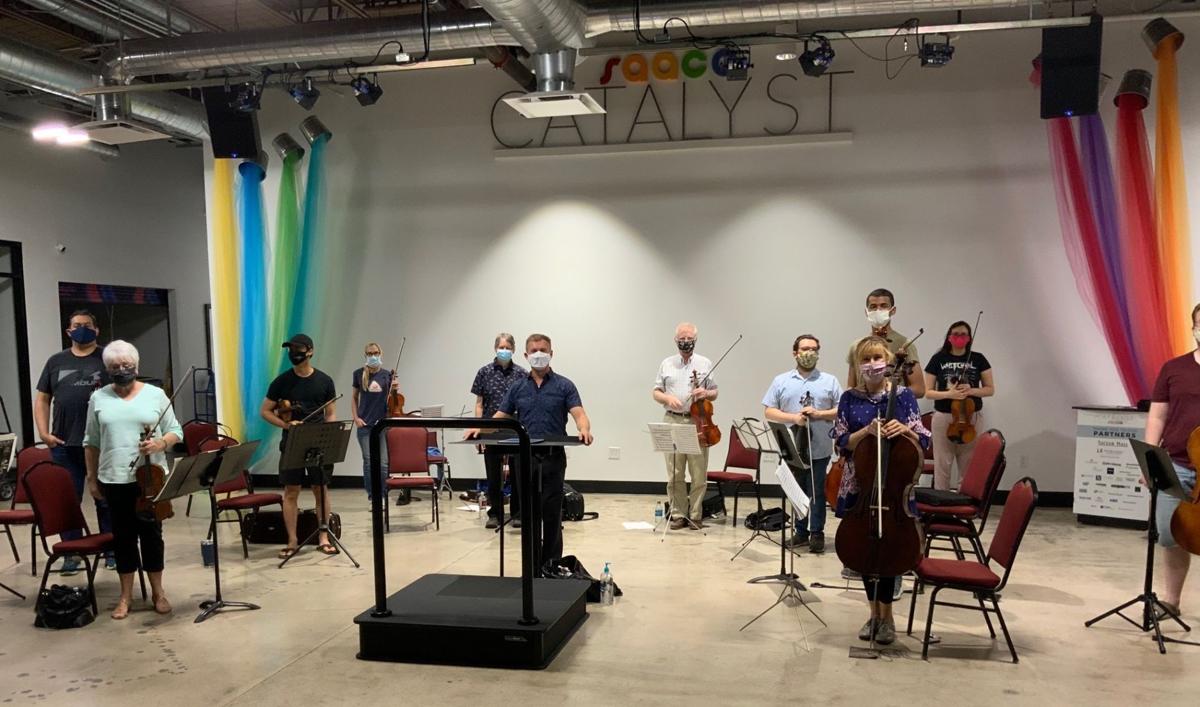 Sixteen string players from the Southern Arizona Symphony Orchestra will perform two concerts this weekend, one of them before a small live audience.

Sixteen string players from the Southern Arizona Symphony Orchestra will perform two concerts this weekend, one of them before a small live audience.

The Southern Arizona Symphony Orchestra was the last ensemble to hold a live performance before COVID-19 forced venues to shut down last March.

About 200 people sat scattered throughout the sizable St. Andrew’s Episcopal Church main hall that Sunday afternoon in mid-March to hear the orchestra perform Tchaikovsky’s Fifth Symphony. And when it was over, the orchestra, like its counterparts in Tucson and throughout the country, shuttered to wait out the pandemic that has put live entertainment on hold worldwide.

This weekend, the orchestra will tiptoe back when 16 members of its string section perform a concert of serenades by Mozart, Dvorák and Tchaikovsky. The ensemble will perform the concert without an audience at SaddleBrooke’s DesertView Performing Arts Center on Saturday, Oct. 17, and before an audience of no more than 50 on Sunday, Oct. 18, at the Southern Arizona Arts & Cultural Alliance’s Catalyst Arts & Maker Space in the Tucson Mall.

Both concerts will be livestreamed, although the SaddleBrooke one will be available only to those residents.

SASO Music Director Linus Lerner said the players will be socially distanced and everyone on stage will wear masks in keeping with state and federal health guidelines. Audience members at the Catalyst concert will be required to wear masks.

The ensemble will perform the first movement of Mozart’s famous Serenade No. 13 in G major “Eine Kleine Nachtmusik,” which Lerner has paired with serenades by Dvorák and Tchaikovsky that were composed a couple of years apart.

“They go beautifully together. They are great pieces to be together,” said Lerner, who returned to Tucson last week after months of being stuck in his native Brazil.

Lerner conducts two orchestras in Brazil and had returned the day after SASO’s concert last March. When the coronavirus intensified last spring, the U.S. limited travel from Brazil and Lerner was forced to stay put.

This weekend’s concerts will be performed with no intermission. Tickets for the Catalyst concert are available on SASO’s website, sasomusic.org

When and where: Saturday, Oct. 17, at 7:30 p.m. from DesertView Performing Arts Center in SaddleBrooke with no live audience; will be live-streamed to SaddleBrooke residents. Sunday, Oct. 18, at 3 p.m. with limited audience at Catalyst Arts & Maker Space in the Tucson Mall, 4500 N. Oracle Road. That concert also will be live-streamed through the Catalyst website, saaca.org/livemusic.html.

Cost: Free to watch the stream, although donations will be accepted. $30 in advance through sasomusic.org for the in-person Catalyst concert with attendance limited to 50.

Offering online programming is seen as a game-changer to grow the Tucson Symphony Orchestra's audience especially among people who have never seen the orchestra perform at Tucson Music Hall.