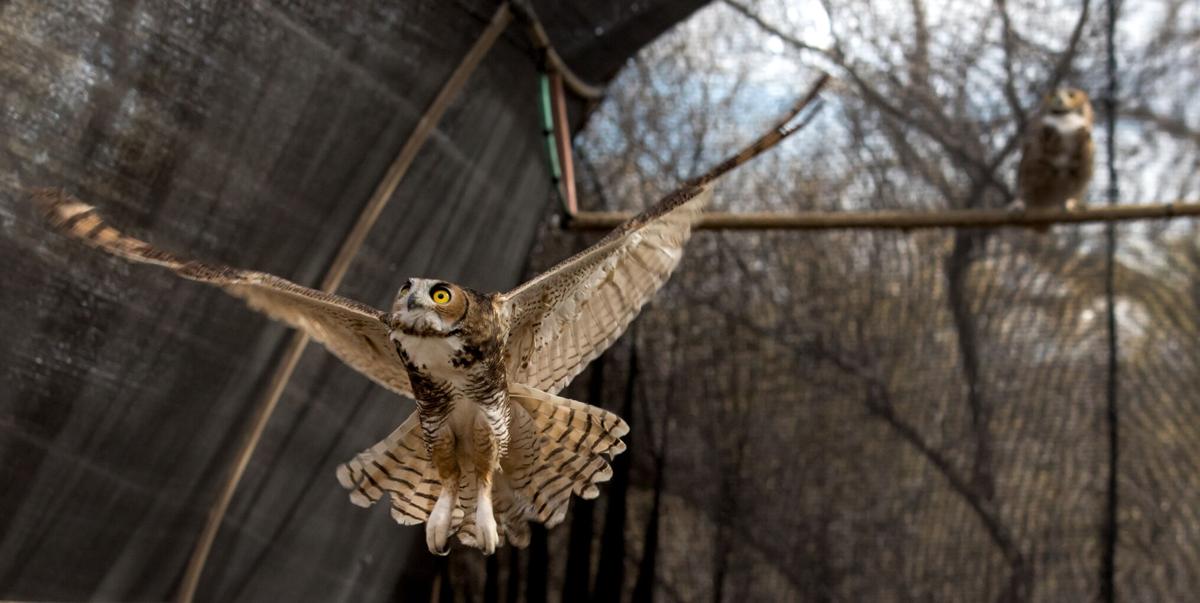 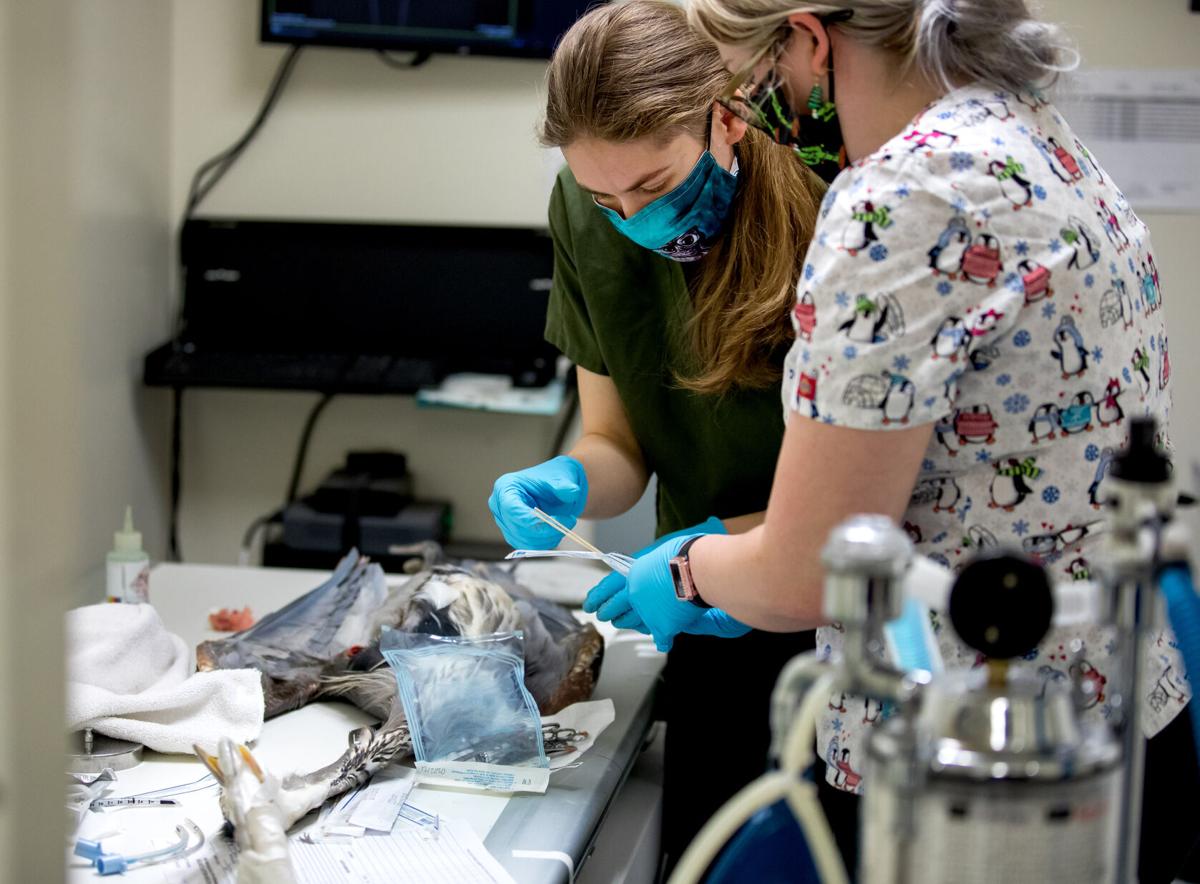 A veterinarian and vet technician work on getting a pellet out of the wing of a Great Blue Heron at the Tucson Wildlife Center. 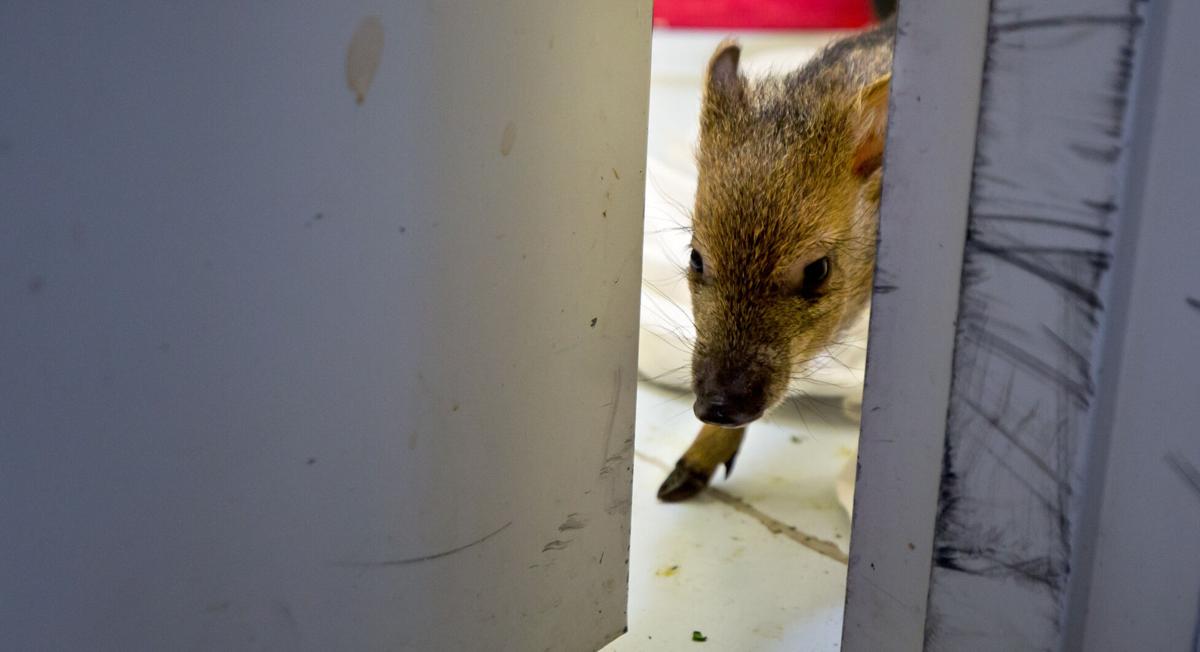 A curious baby javelina peeks through a crack in the door at the Tucson Wildlife Center. 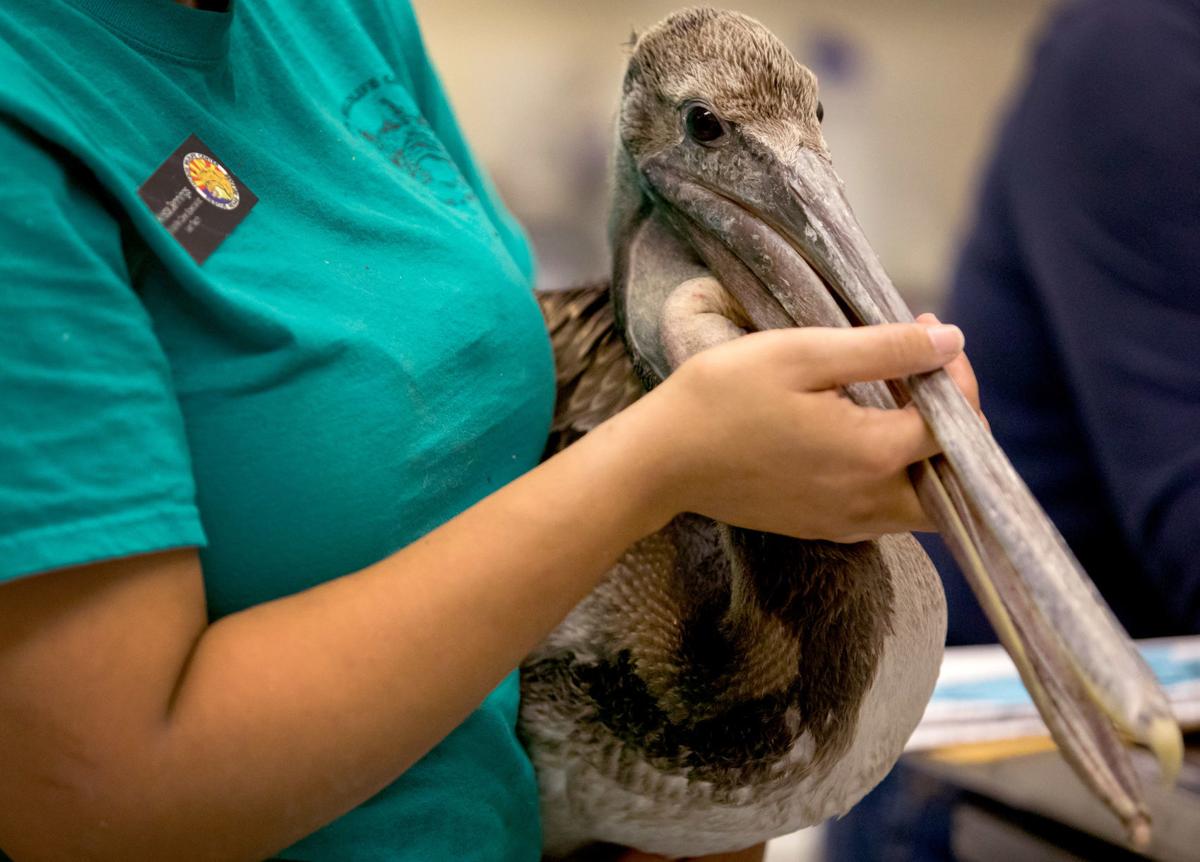 We're kicking off December with 12 Days of Nonprofits — a 12-day celebration of the many local organizations that provide needed services to our community.

Burly javelinas, jackrabbits faster than the latest superhero and scaly Gila monsters are just a few of the hundreds of wildlife species that call the Sonoran Desert home.

But for more than 20 years, Tucson's injured, sick or orphaned wildlife have found a second home at the Tucson Wildlife Center, located at 13275 E. Speedway.

The center is Tucson's only wildlife animal hospital dedicated to rescuing and rehabilitating local wildlife so they can healthily return to their Sonoran Desert home.

The nonprofit organization operates 24 hours a day, 365 days a year, rain or shine.

"Nobody else in Southern Arizona does what we do," said Hubert Parker, the development coordinator at the Tucson Wildlife Center. "Nobody takes in the kind of wildlife we do. We're not the Humane Society (of Southern Arizona), which is a great organization. But we don't do domestic animals. We do wildlife that other places don't do. There's no other place for them to get any help or take care of them in rehab. We are it for Southern Arizona."

Some of the wildlife that the center helps includes coyotes, rabbits, bobcats, eagles and owls. They leave bigger animals like deer, bears and mountain lions to the Arizona Game and Fish Department.

With two veterinarians on site, the organization can complete medical treatment right at the center's Sam Goldman Wildlife Hospital, without sending the wildlife elsewhere. However, the Tucson Wildlife Center crew also travels to other areas in Southern Arizona to provide medical attention to wildlife in need.

Recently, members of the center traveled to Tombstone to rescue a red tail hawk.

On average, Tucson Wildlife Center receives around 20,000 calls per year, according to Parker.

The center has an intake of 5,000 animals a year, up from the usual 3,000 per year in previous years. The number exponentially increased within the last year due to the Bighorn Fire during the summer of 2020 that decimated the home of wild animals on Mount Lemmon.

Aside from animal rescue and rehabilitation, the center also offers educational programs to help promote wildlife coexistence within the community and habitat protection.

Over the years, the support and contributions from Tucsonans have shown the "heart of the community," Parker said. "People contribute to having something that is important and support having coexistence with the wildlife which we feel is important."

Since the nonprofit organization is not government-funded, they solely rely on help from the community to keep their mission and organization alive.

The community is able to monetarily support the Tucson Wildlife Center by donating, purchasing a dedication brick at the center, sponsoring a wildlife rescue or buying an item off of their current wish list.

If a monetary donation isn’t in your holiday budget this year, the center is always looking for volunteers since it is a primarily volunteer-run organization.

Founded by Lisa Bates and Peter Lininger in 1998, the organization's goals have remained the same throughout its 23-year history — rescue, rehabilitate and release.

"If they (the community) care about the environment or care about wildlife, we're the only place to help these wounded, sick, hurt animals. Our whole purpose is to rescue them, get them well and release them," Parker said. "We feel we're an asset to the community because it shows that this community cares enough to fund a place like this and they keep it going. There's not too many places like Tucson that have this kind of wildlife just at our doorstep and it makes Tucson, Tucson."

Other animal and wildlife nonprofits in Southern Arizona

More in 12 days of nonprofits: Celebrating local organizations that provide services to our community (1 of 12)

GoatFundMe: Help this local grassroots collective build a home for its 12 goats 🐐🐐

Flowers & Bullets, a local grassroots collective, is currently raising money to build a home for its 12-member goat herd at the Midtown Farm in Barrio Centro. The collective uses the goats to help build a sense of community in the barrio, while teaching community members about sustainability.

Try yoga with puppies, kittens and goats at these 4 Tucson spots

These yoga classes with cats, dogs and goats offer a fun atmosphere for stretching, balancing and are a way to support local businesses and rescues in family-friendly atmospheres.

Watch now: Family of bobcats spotted in Foothills back yard

Three bobcats were filmed Jan. 2 passing through the back yard of a home in the Catalina Foothills just before sunset.

12 days of nonprofits: Celebrating local organizations that provide services to our community