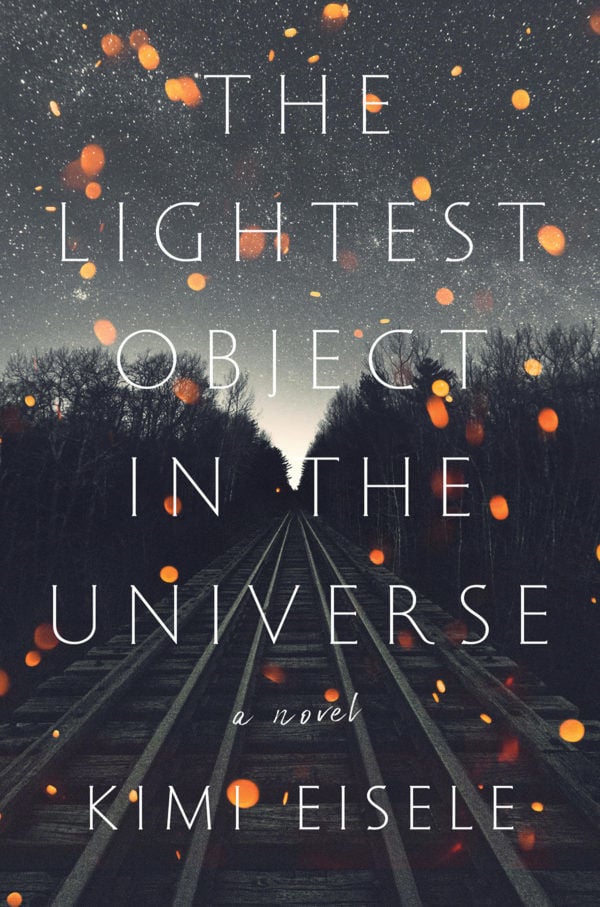 The Lightest Object in the Universe 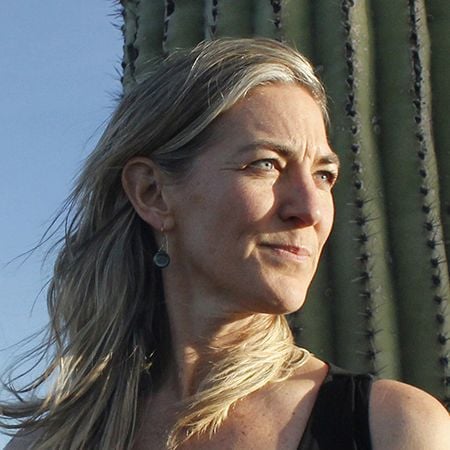 "The Lightest Object in the Universe," officially published by Algonquin Books on Tuesday, July 9, "imagines the world in the recent aftermath of a major collapse," says Eisele.

The post-apocalyptic story follows long-distance lovers cut off when the economy crashes and the power grid goes down. Carson, a high school principal on the East Coast, begins to follow the railroad across the country to find Beatrix, who lives on the West Coast and is learning how to create a new, sustainable life with her neighbors.

That's where Tucson comes in, inspiring Eisele's take on what it looks like to live cooperatively in your neighborhood.

"There's this idea of creating joy in a neighborhood, from raising chickens to harvesting rain to putting up solar panels, supporting community radio, making murals and having face time with your neighbors," Eisele says. "Those come directly from experiences I've had living in this community."

Eisele is a local artist, dancer and the communications manager for the Southwest Folklife Alliance — the organization that puts on Tucson Meet Yourself.

"There's also a part in the book when a teenage girl is on a journey and one of the other travelers is this old grandfather figure from Sonora, and they create a corrido, or Mexican traveling song that tells the history of something..." she says. "And that ends up being really significant for that character's journey."

Eisele began writing "The Lightest Object in the Universe" more than 10 years ago — in "fits and starts" as other projects consumed her attention. Still, she feels the book remains relevant.

"I started writing at a time where we were at war in Iraq, and I was seeing these apocalyptic things around me ... and I had this discomfort with the way the superpower operated and was trying to reconcile that with the privilege and opportunities it had given me ..." Eisele says. "It was a hard thing to reconcile through nonfiction, so I decided to bring those questions into fiction and let fictional characters work through them."

As she wrote, Eisele says she was less concerned about how society collapsed and more interested in how her characters would respond. In her novel, she imagines both a love story and people caring for each other and their communities.

"Most apocalyptic fiction shows us the opposite and shows us the unraveling that can bring out the worst in us," she says. "I don't know what would happen, but I like to think that we can remember there is another way."

What: "The Lightest Object in the Universe" launch party. Antigone Books will be on hand selling the novel, and music group Conjunto Nopal will play the corrido written by characters in the book.

"The Lightest Object in the Universe" is available online or at Antigone Books, 411 N. Fourth Ave. (Antigone will be taking most of its stock to the launch party tonight). Both of Tucson's Barnes and Noble locations also have the book on order. It retails for $26.95, but is currently on sale at Barnes and Noble for $21.56.

She wants art to connect us to the natural world.

Check out our reading list and keep track of all the Arizona-inspired books you read this summer!

When Adrienne Celt writes a book, she lives it.

"This." funny book by Tucson writer Kristen Cook will remind you why you love your annoying family

For all you carpooling, exhausted, pulled-in-40-directions, moms out there.

11 Southwest-themed books to kick off your 2020 reading

Kiley Reid, author of "Such a Fun Age," grew up in Tucson and is returning for the book festival

Plus 10 other authors we're excited to see at the Tucson Festival of Books.

May we announce #ThisIsTucson's 2020 Summer Reading Challenge for Grown-Ups 😍

Each of the 18 books on this list have some kind of Arizona connection. Many of these titles are written by local Tucson authors or are set in Tucson or Arizona. Some explore topics relevant to our region.

What are you reading next? Get personal recommendations from a Pima County librarian

We're concluding our 2020 Summer Reading Challenge for Grown-Ups with some literary matchmaking. A Pima County Public Library librarian is joining us on Zoom to give you free, personalized book recommendations.

Tucson author Jillian Cantor's new novel "The Code for Love and Heartbreak" is a YA Jane Austen retelling of "Emma." In this modern adaptation, Emma is a math nerd who creates a matchmaking app.