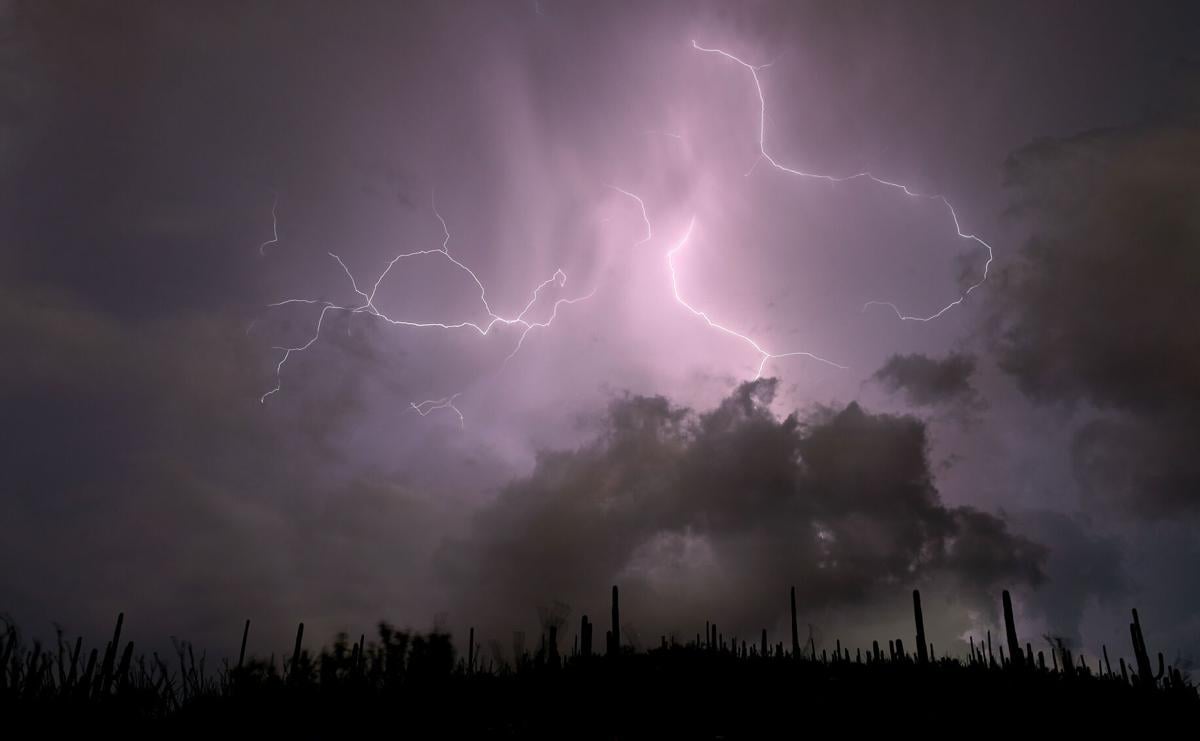 Cloud-to-cloud lightning rips through the skies over the Santa Catalina Mountains, part of a second monsoon cell that skirted the northern parts of Tucson, Ariz., July 20, 2021. 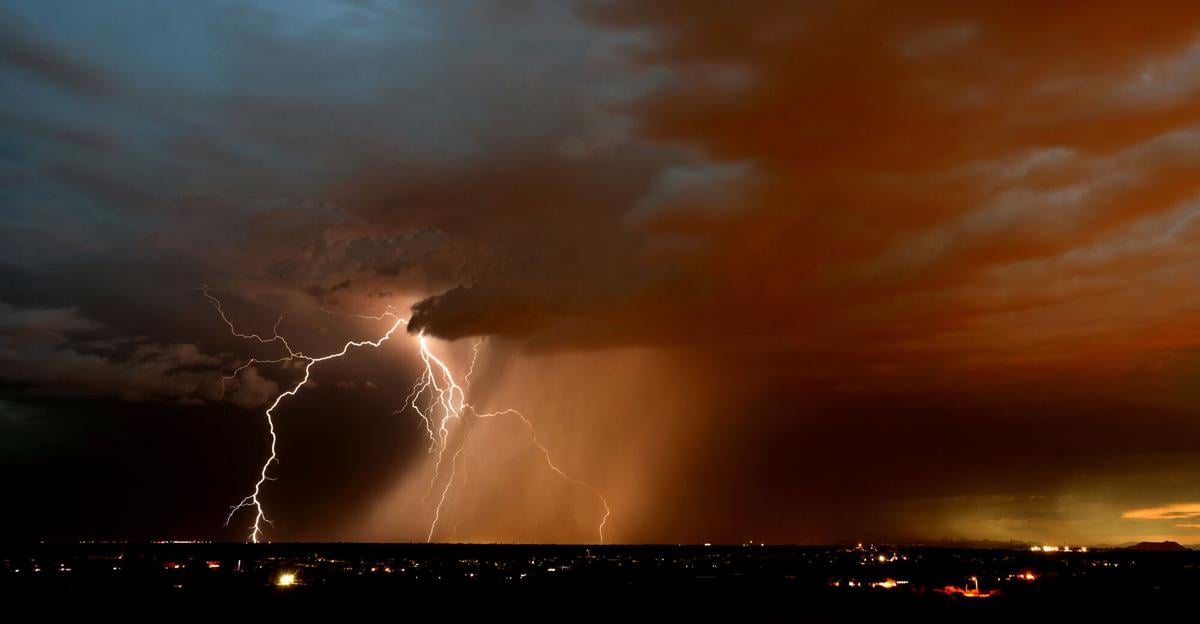 Lighting strikes southwest of Tucson, Ariz., July 29, 2021, from one of several monsoon cells that moved through valley just before sunset.

With this year’s very rainy monsoon, Tucson has seen an increase in insects buzzing around, including pests like mosquitoes and flies.

“We’ve had very dry and hot summers with very little rain so you’re probably going to see a lot of increased activity with insects,” said Gene Hall, manager of the University of Arizona Insect Collection.

Because of the rain, there has been more moisture available for mosquitoes to breed in, Hall said. That is why people have been seeing more mosquito activity in Tucson lately.

A popular breed of mosquitoes found in Tucson is the Aedes aegypti, also known as ankle biters. They are usually seen outside in the mornings or at dusk and tend to be attracted to the lower parts of legs, Hall said.

In addition to the ankle biters, house mosquitoes are also common in Tucson. They tend to come out at night and hang around on walls.

Like mosquitoes, Hall has also noticed more moths and flies in the Tucson area. The monsoon rains provide favorable conditions for some species of flies, Hall said.

“For about the last month, month and a half, we have seen an increase in moth activity, especially a species that’s tied to mesquite trees,” Hall said.

Since plants like mesquite trees are doing well with help from the rain, that means more insects have food, resulting in an increase of insects.

Ants and termites are also expected to be seen doing their mating swarms since they usually happen after monsoon rain. Hall said the males and females will be flying together in a cloud of hundreds or thousands, mate in the air and then drop to the ground and start the colonies.

Fig beetles are another popular insect seen in Tucson. They feed off the fruit of trees and nectar from flowers, Hall said.

To help keep these pests away, Hall recommends residents make sure their homes are not accessible to insects. Making sure screens on windows and doors have no holes and there are no gaps at the bottom of exterior doors are all ways to ensure that insects don’t get inside.

Insects are also attracted to light, so Hall advises people to look into using yellow lights to help keep insects away from their porch.

As for mosquitoes, Michael Riehle, a professor at the UA Department of Entomology, recommends getting rid of small pools of water, like those found in plants with saucers beneath them. The water serves as a breeding ground for mosquitoes.

“Getting rid of anything that’s standing for more than a week is key because it takes a week from the time eggs are laid to the time they emerge as adults,” Riehle said.

Hall expects the increase of insects will ease once monsoon is over and conditions start getting dry again.

In other rainy news:

Tucson averages 10.61 inches of rain a year, according to the National Weather Service’s running, 30-year average going back to 1991.

The official end date of monsoon is Sept. 30, according to the National Weather Service.

While Tucson is still months away from the official end of the 2021 monsoon season, the city has already received significantly more rain than what 2020's disappointing monsoon season graced us with.

Arizona monsoon season starts starts June 15, according to the National Weather Service. Find info on driving tips, how to avoid flash flooding and dust storms and that amazing creosote smell.

Things to do the weekend of Aug. 18-22 in Tucson, Arizona include food, markets, late night events and quirky fun. You'll find events at places such as Reid Park Zoo, Mission Garden, Hotel Congress and Green Things.

You might be seeing caterpillar cuties all over Tucson. Here's why

Not only are caterpillars abundant on roadways, they’re showing up in swimming pools and gardens, and on walls and hiking trails around Arizona, including Tucson. The caterpillars are on a mission to eat as much as they can before becoming white-lined sphinx moths.