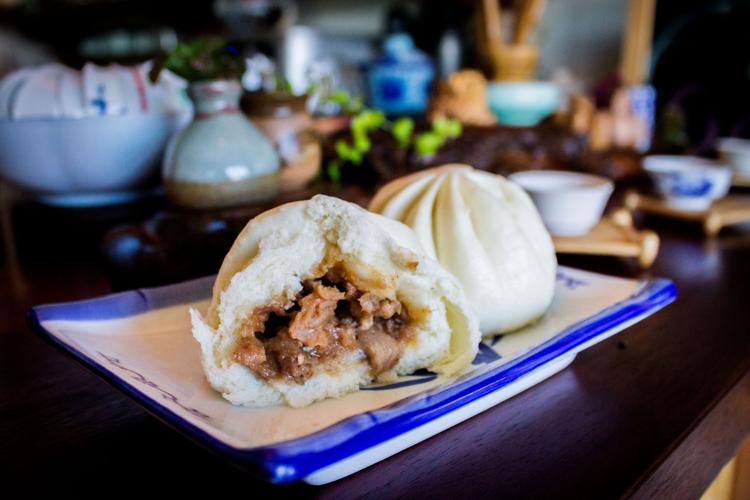 You may have tried these Chinese pork buns at a dim sum restaurant, but did you know they're on the menu at a local teahouse? 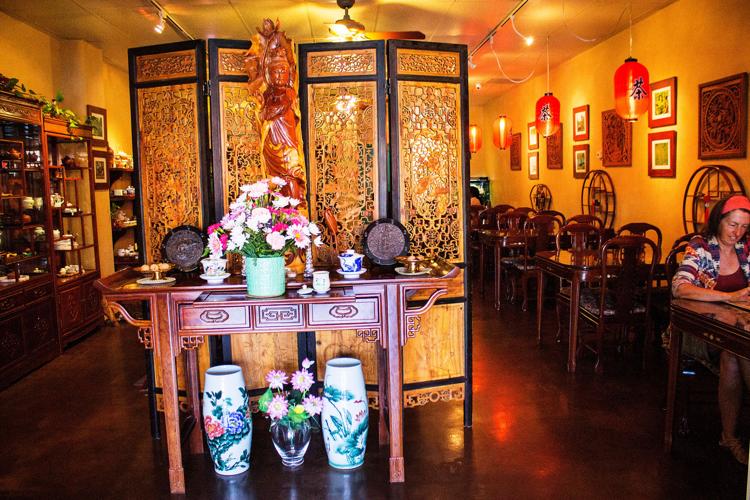 Seven Cups is artfully designed with a relaxing vibe to help with your studying. 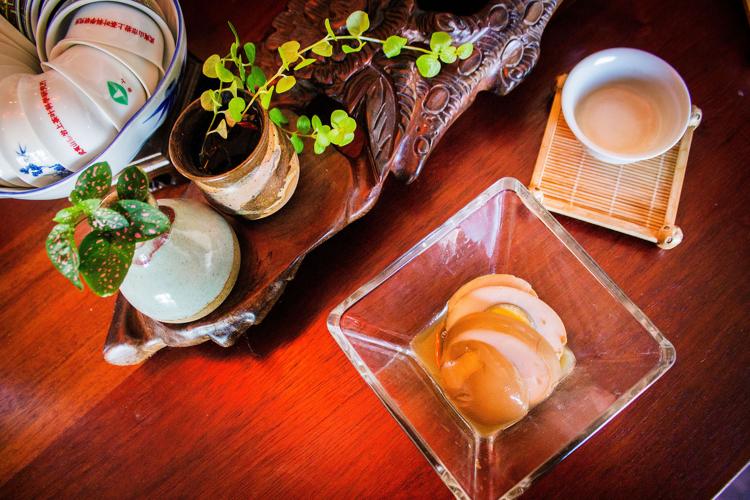 Chinese tea eggs have a saucy glaze that makes them bitter and earthy. 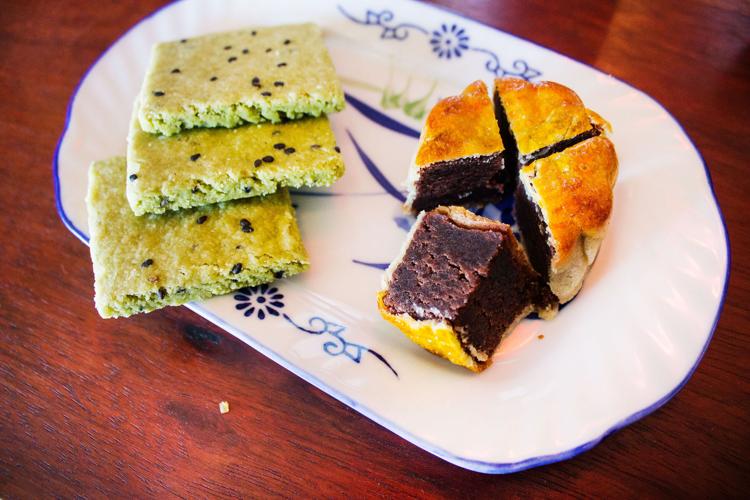 Drink seven cups of tea, and "a wind will hurry (your) wings toward the sacred island," according to the Chinese poet Lú Tóng. But if you wanna get there, it's probably best to pick up a snack along the way.

Try one of these ... You'd never know it, but tranquil teahouse Seven Cups has some of the best Chinese buns in town. The campus-area spot, 2516 E. Sixth St., has a separate menu with a dozen different delights, to order along with your flowering pearls of jasmine tea.

Our knowledgeable server Elliott guided us through the menu on a recent afternoon, while we sipped steaming cups of oolong tea sourced directly from the Fujian province of China. It wasn't exactly a meal, but the experience left us relaxed and upbeat for the rest of the day.

A popular breakfast item in China, tea eggs are essentially hard-boiled in a mixture of herbal tea and spices until they appear a saucy dark brown. Seven Cups prepares their own tea eggs in a broth of looseleaf tea, cassia bark, Sichuan peppercorns, star anise, ginger root and cinnamon. It's intensely savory and not for just anyone. But people who like these, love them!

Cha siu bao are a hallmark of Cantonese bakeries and dim sum houses that serve Chinese brunch. Their fluffy white dough encases a dollop of sweet barbecue pork. It's hard not to wolf these down, because they're so sticky/yummy/addicting. Seven Cups gets their bao from Lee Lee's market on the north side, where you can also buy a whole Peking duck.

These green tea cookies were a general favorite among our table, and brought out the sweetness of the woody Old Bush Narcissus tea. They're made with flour and almond extract by the local Small Batch bakery. Black sesame seeds gave the sweet shortbreads a nutty texture.

These little cakes woven with intricate designs are delicacies during the Chinese Mid-Autumn Festival, a moon-watching holiday that takes place Oct. 4. Seven Cups has two varieties on the menu — red bean and lotus cake — but there are many. A savory sweet red bean paste is encased in a crusty dough brought in from Eastern Bakery in San Francisco.

Get your buns over to this new UA dim sum restaurant

Shrimp dumplings and Chinese karaoke coming soon from the owner of Gee's Garden.

We're so exited for the weekend, it feels like we won a prize or something.

These Tucson chefs are hanging out, pushing boundaries, doing weird stuff with pork

They're called GUT, and they like to cook with pork. It's educational!

A comprehensive guide to Mexican mariscos in Tucson 🐟

Don't be caught ordering the hamburguesa 'cause the menu is too scary.

Fourth Avenue's food hall The Boxyard is getting closer to opening

The Boxyard will feature four restaurants and two bars with communal dining.